Research apparently shows catastrophes are profoundly unifying. 9/11 taught many of us this is true, even if, since then, we've fractured in ways that are frankly surprising.

On that note, this morning the Ad Council releases its first-ever short film with help from R/GA. Directed by David Nutter, with screenwriting by the ridiculously awesome Lena Waithe, "Rising" builds on its "Love Has No Labels" platform.

"So excited to be involved," Lena Waithe says. "We need stories like this that bring people together, especially now."

It is tiring, being a country divided.

That's part of what makes "Rising" so emotionally impactful. It begins where so many of us are now—in an ordinary neighborhood, home to a diverse community that reflects something beautiful about America.

The work does a good job of humanizing almost everyone quickly, but a single uninterrupted stare casts darkness on the community's calm surface. Suspicion lives here, too. And it's fomenting under the skin, waiting for a catalyst.

Thankfully, that isn't where we're led, because our souls probably can't bear more of what we've learned to expect. Instead of waiting for humans to do their thing, a classic "act of god" intervenes.

Much of the outcome of "Rising" can be characterized by the phrase "I got you"—not in the sense that you've been had, but in the sense that, often when we need it most, surprising hands reach out to grab yours. And as a single dark gaze pierced its beginning with conflict, many shared looks, awash in relief and gratitude, define its end.

That symmetry is important: The same way fear divides, it curiously also unifies. When a threat is bigger than we are, abstractions are driven into the backseat. Heroes form, and communities truly coalesce. People exhibit the kind of courage that's possible only when faced with the certainty of loss.

"Why does it take disaster to bring us together?" the film asks near its end. This is followed by real shots of people helping one another in disaster situations, anchoring this cinematic interpretation to reality. At heart, "Rising" answers its own question, expressing the hope that we can find each other before crisis finds us first.

"We live in a time of tribalism. 'Rising' is a story about shifting the way we communicate," Nutter explains. "Through this film we want people to go from being defensive of those who are different to accepting and embracing our differences."

"Love Has No Labels" launched in 2015. The campaign's goal is to celebrate diversity and promote acceptance across ability, race, sexual orientation, gender, age and religion.

"Rising" follows strong predecessors. The Ad Council won the Emmy for Outstanding Commercial in 2016 for "Dancing Skeletons," which was followed by "We Are America" featuring John Cena. Last year it released "Fans of Love" with the NFL.

Those three films combined got over 350 million views, not to mention 4.3 million sessions on lovehasnolabels.com since March 2015. In June, an Ad Council-commissioned survey found that 72 percent of adults felt they could help create more inclusive environments, versus 61 percent in March 2015.

The platform overall has received over $88 million in donated media in three years. Facebook and Anthology Partnership will reinforce "Rising" with short films depicting true stories about people who have united over just such events, starting early next year. Social will also be extended with help from Situation Interactive.

A trailer for "Rising," shown below, will air in theatres via National CineMedia, and Showtime will air the film via broadcast and on-demand. Creative assets will appear on billboards, courtesy of Clear Channel Outdoor. iHeartRadio will promote it with support from top artists, and of course it will also appear on the Love Has No Labels website and via social.

"This platform leverages a team of influential creators to spread a powerful and timely message about diversity and inclusivity. There are so many powerful stories that fed into this film, and while it's about a disaster, it's ultimately about love," executive creative director Chris Northam of R/GA says.

"Some of the crew previously volunteered in disaster areas—their experience was invaluable and added a level of authenticity to the story. We want 'Rising' to unify communities around America, permeating the hearts and minds of viewers to help eliminate unconscious biases." 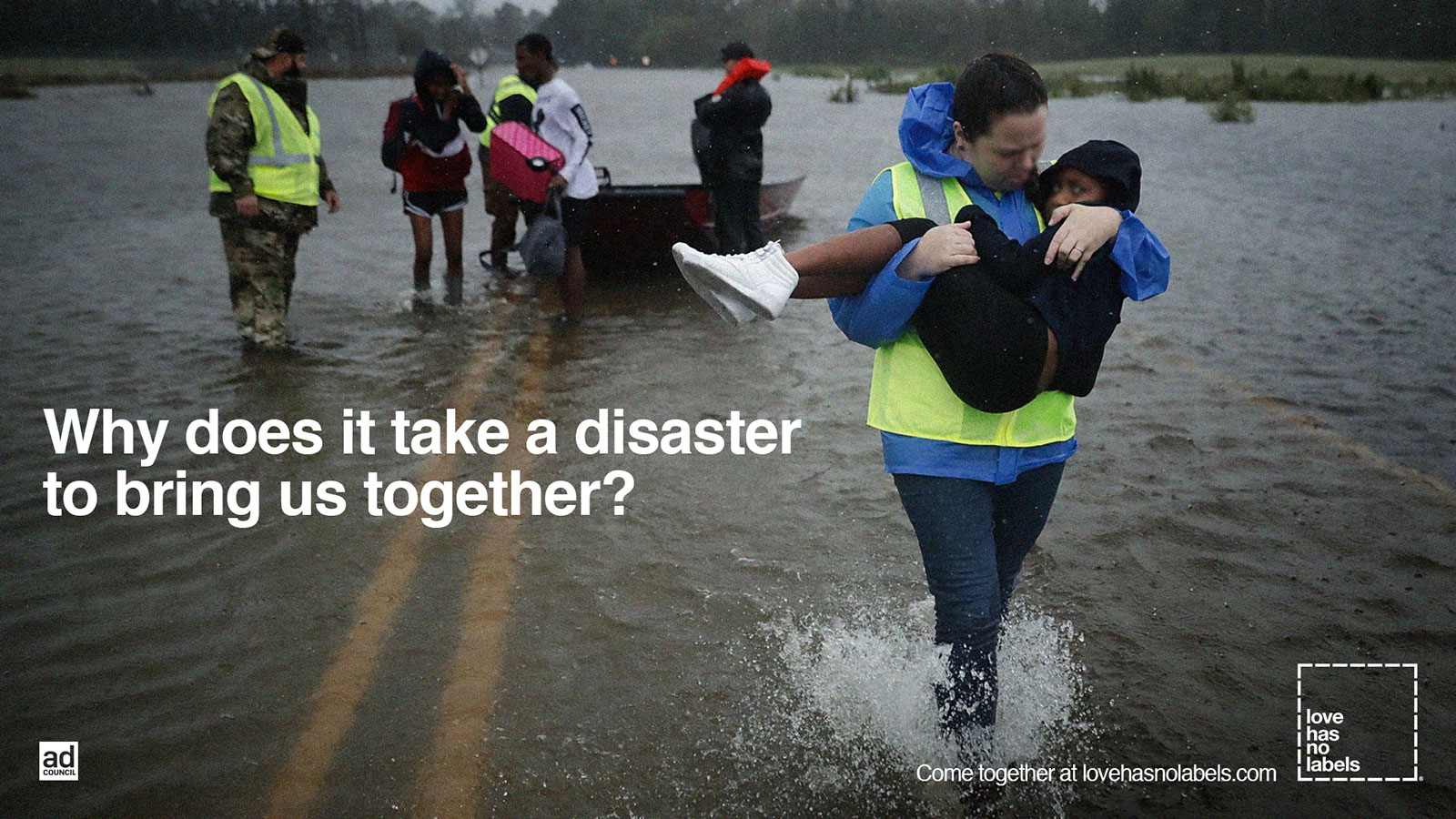 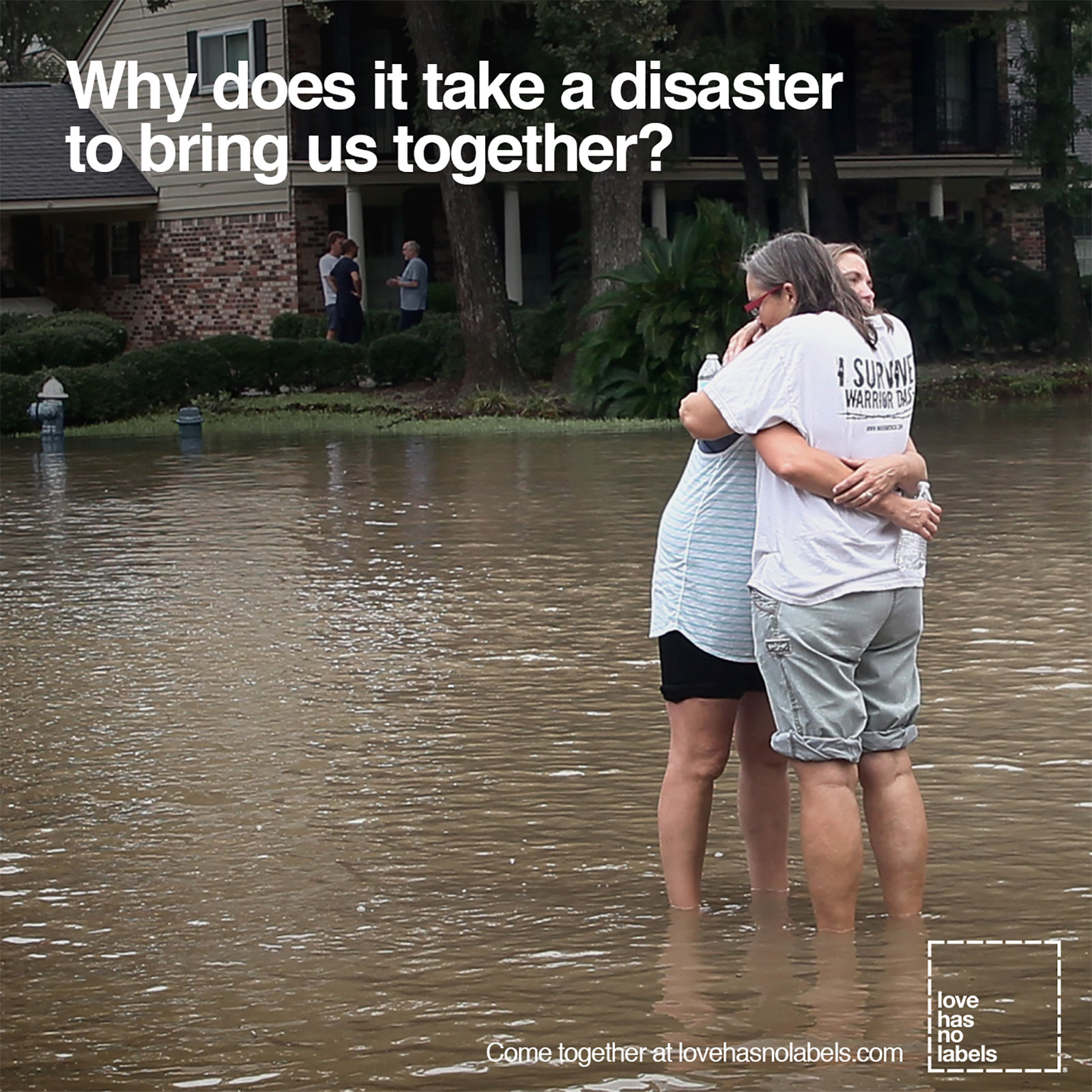 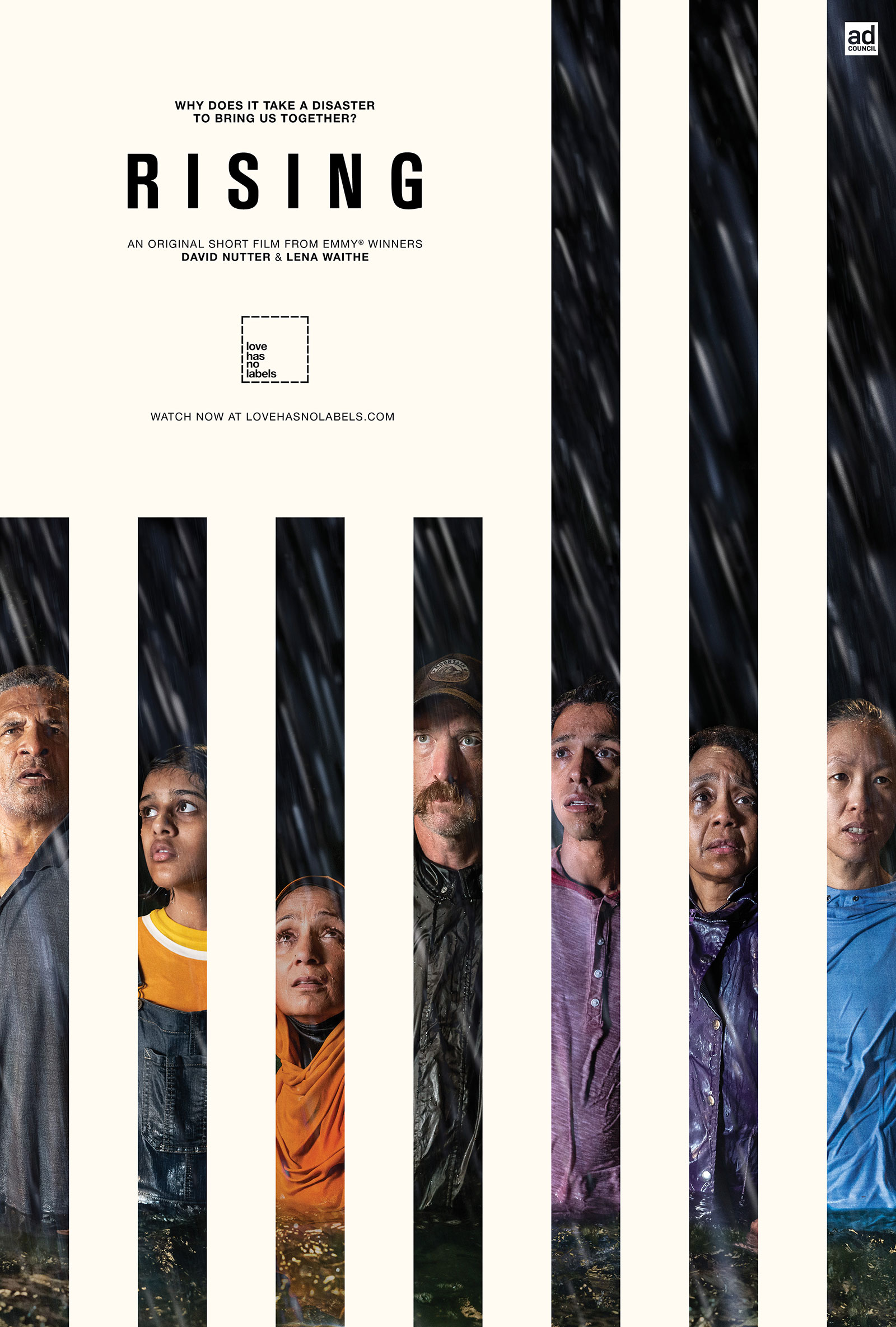 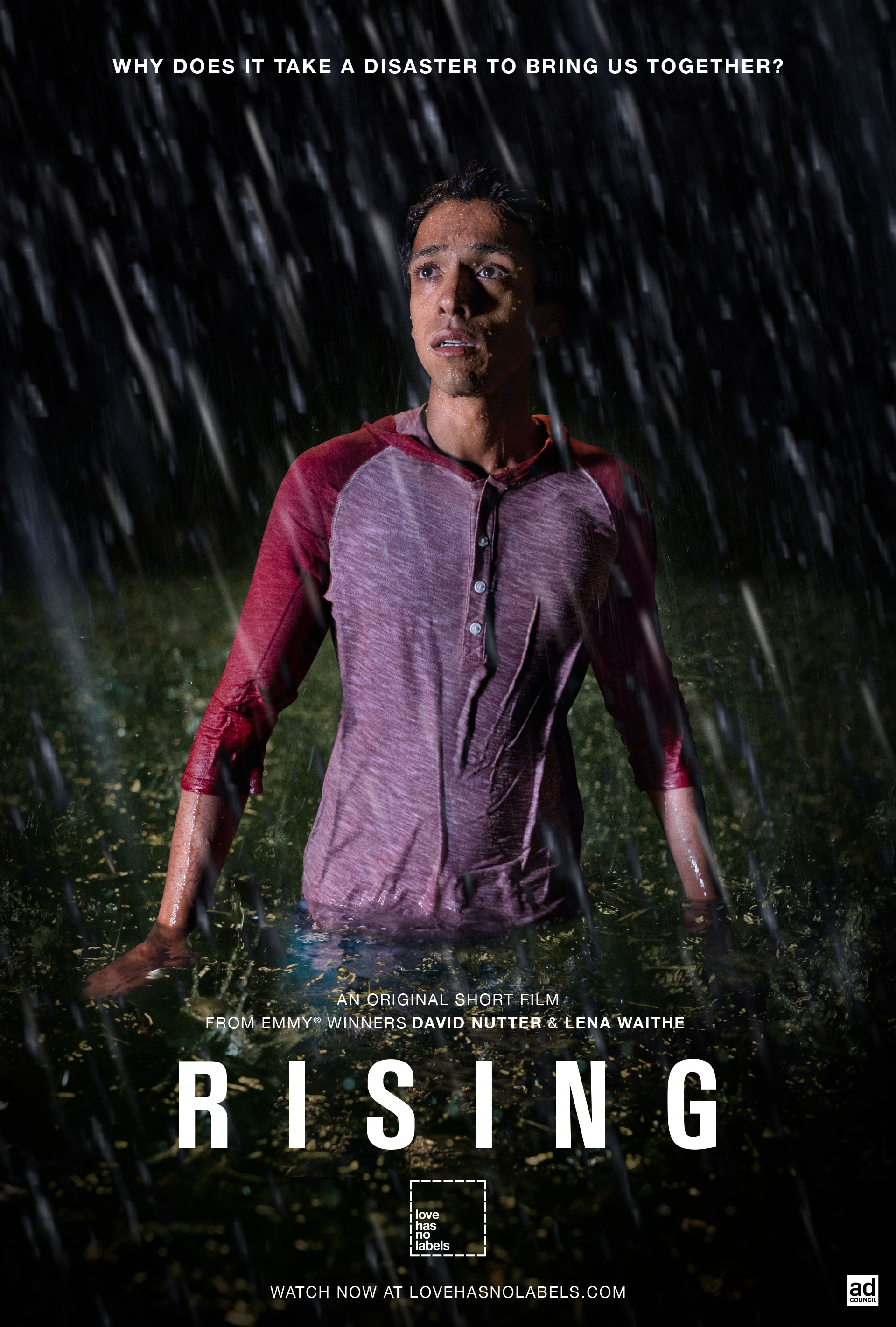 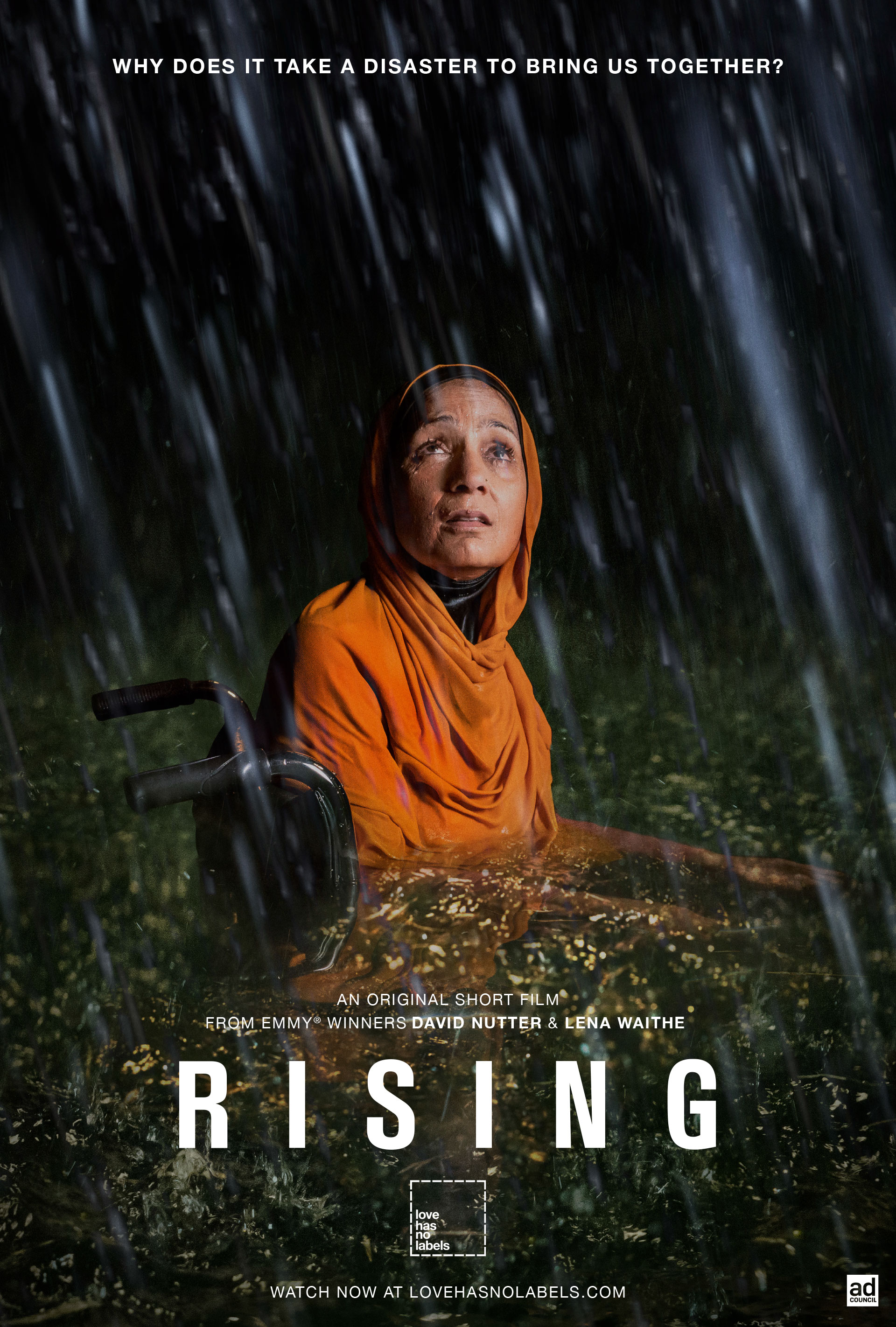