That cloud looks like a horsey … there's a duck … and that one looks like a sneaker! A brand-new Air Max 2090!

There's no app required. Just visit this site on your phone and follow the instructions. Point the handset at the sky to display special clouds on your screen—one's shaped like an Air Max 2090, another resembles a classic Air Max 90. Clicking on these images unlocks music and interviews and from Brazilian artists such as Djonga and McSofia.

"When Nike decided they wanted to leverage artists who are helping to inspire the present, we though to ourselves, 'Why not create a cultural platform that is literally floating above our heads?' " AKQA associate creative director Christiano Vellutini tells Muse.

That led the team to the notion of "cloud storage," and they decided that an airborne visualization was in order.

"We used augmented reality to translate that concept into a very simple and intuitive experience," Vellutini says. "In the end, it's just a really cool folder with some exclusive files inside." 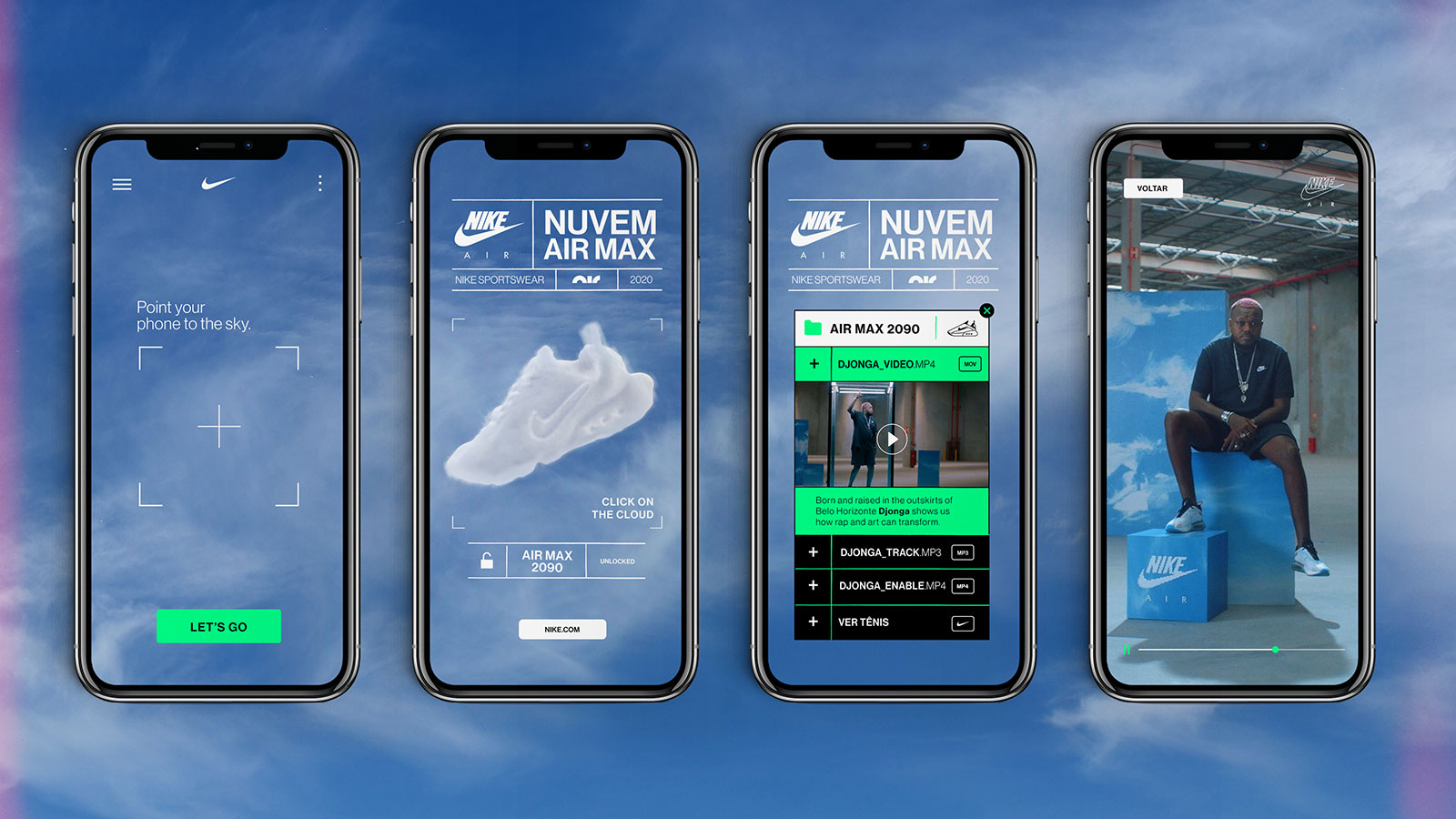 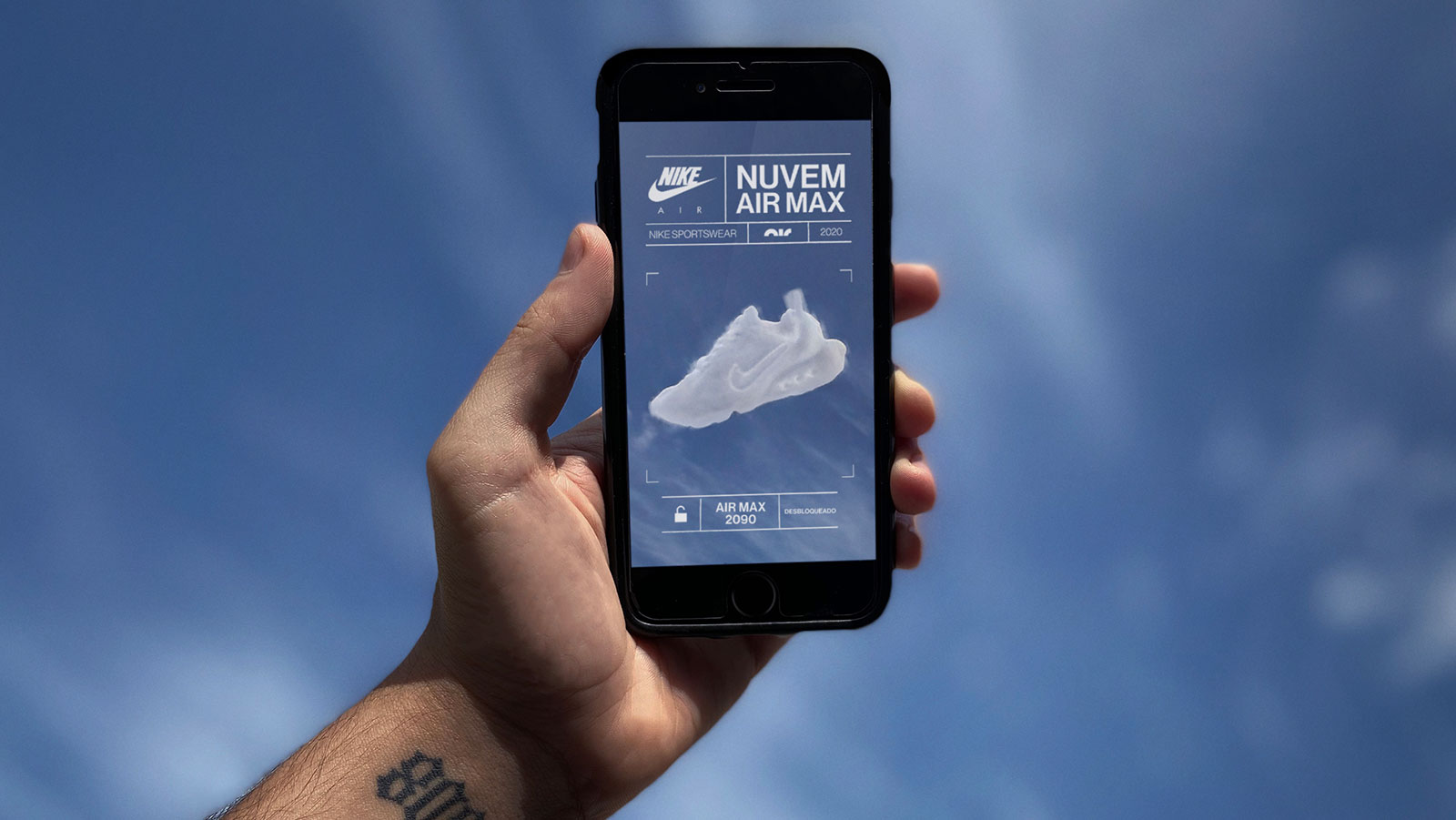 Air Max campaigns often aim for hardcore sneakerheads, "but this time, we wanted to go beyond and reach out further to a more mainstream audience," Vellutini says. So, rather than focus on the sneaker as the only user reward, AKQA devised a content play.

"Both ideas placed Nike in a culturally relevant spot through relatively simple technologies," Vellutini says. "The difference between them is that the 'Graffiti Stores' was based on a very local insight, considering São Paulo's unique street art scene. The 'Air Max Cloud' focuses more on a global insight, considering the moment the world is living in and the tech concept of 'cloud storage.'"

"Air Max Cloud" works only when you aim for the sky, so those self-isolating indoors can point their phones out the window to access the experience.

"When everyone is locked inside their homes do to the Covid pandemic, windows end up being one of the only forms of contact with the outside world," Vellutini says. "People are talking to their neighbors, playing tunes and expressing themselves straight from their balconies. These actions end up being a needed break from confinement."

What's more, "everyone is dealing with boredom by constantly searching for new content without leaving their homes," he says. "So, this project ended up delivering new and relevant content to users, and also encouraging them to go to their windows to have that break."

AKQA took Brazilians outside of themselves in a different way last month, projecting a music video by Criolo and Milton Nascimento onto high-rise building and other structures to raise funds for the nation's 40 million homeless.