Bringing perspective to those sheltering in place

Does love exist in São Paulo?

AKQA and Coala answer that question with a resounding yes by projecting a new music video across the sides of high-rise buildings and other structures throughout Brazil.

The ongoing project for Nascimento Música & Oloko Records raises money to help the nation's 40 million homeless as it introduces a moody version of the track "Love Doesn't Exist in São Paulo" from singers Criolo and Milton Nascimento.

Along with footage of the artists and an appeal for donations, the video includes melancholy shots of São Paulo's empty streets and business districts amid the pandemic: 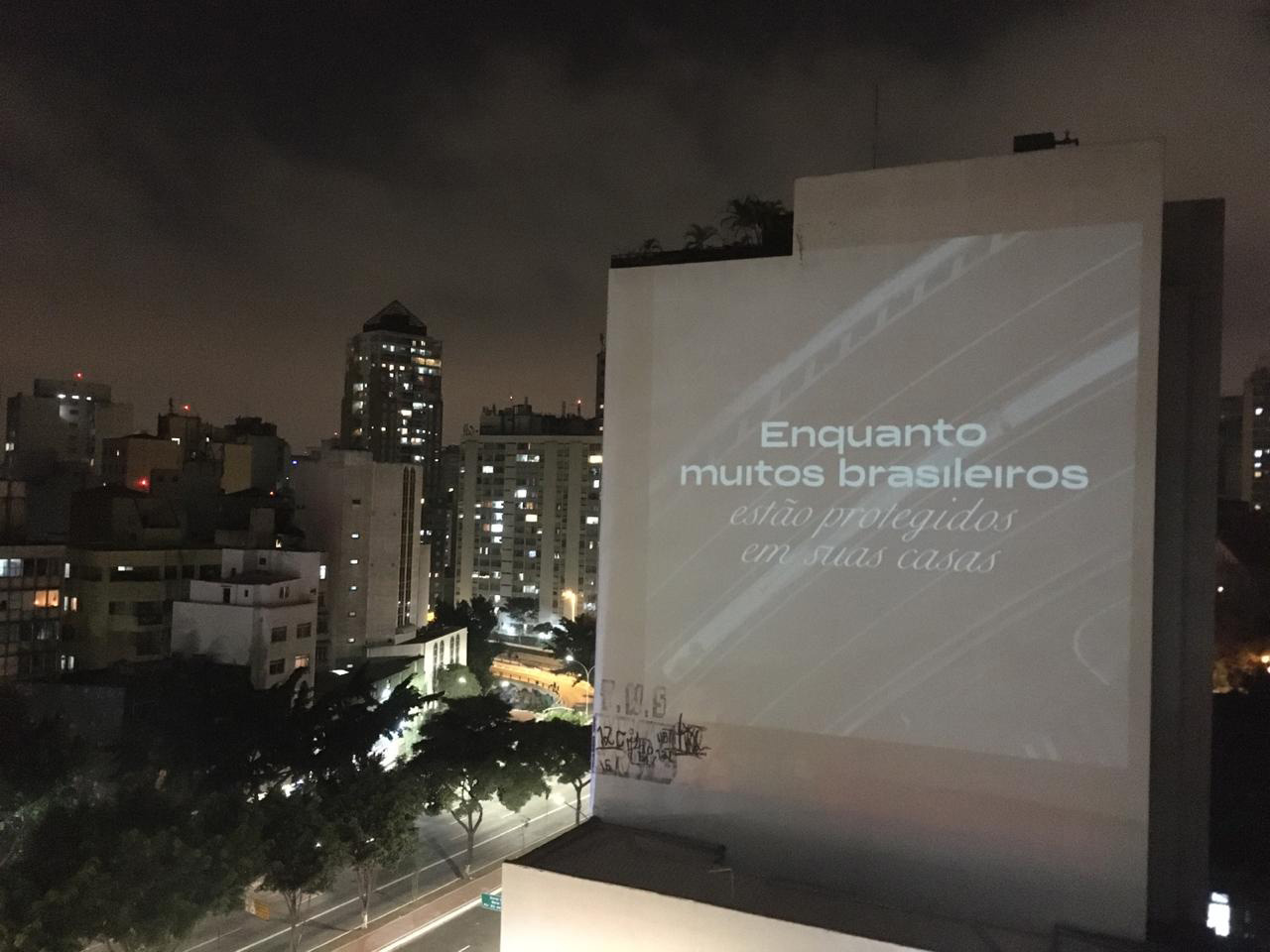 "People have been asked to stay home, although millions of people don't even have a home to stay in," AKQA group creative director Renato Zandoná tells Muse. "The idea to project the premiere of the music video on the buildings of the city, showing São Paulo during the quarantine, was to encourage the ones in the safety of their homes to look outside their windows and their personal realities, and invite everyone to support the cause." 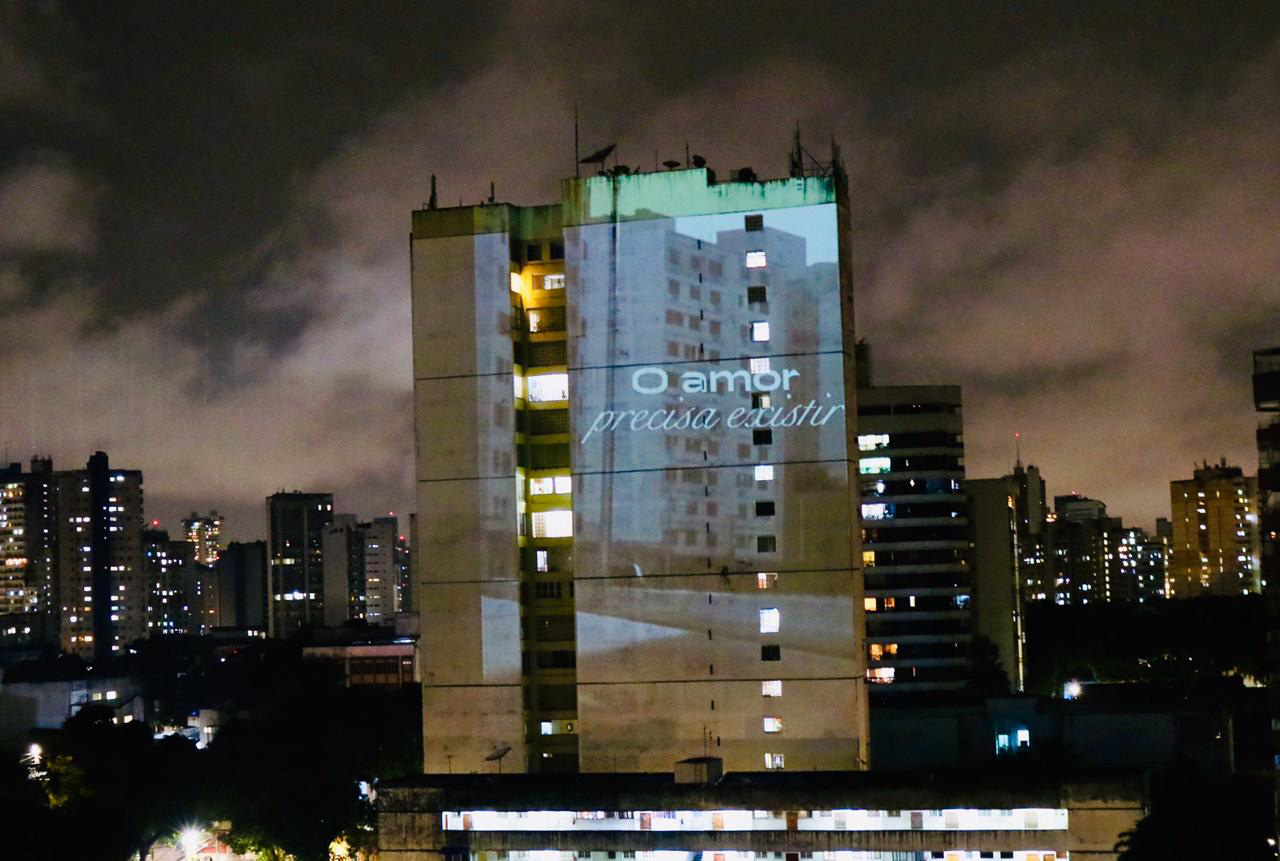 "Our intention was to bring back the importance of the streets," says AKQA head of strategy and business innovation Luiza Baffa. "The streets, especially in Brazil, are the origin of social struggles, of music and of art. That is why the projections have a symbolic meaning and such importance."

AKQA has used the urban environment as a broad canvas before, notably for a Nike project that launched fresh kicks by putting them on the feet of graffiti characters around São Paulo.

"The streets can be used as a canvas for expression, connection and even targeting," Baffa says. 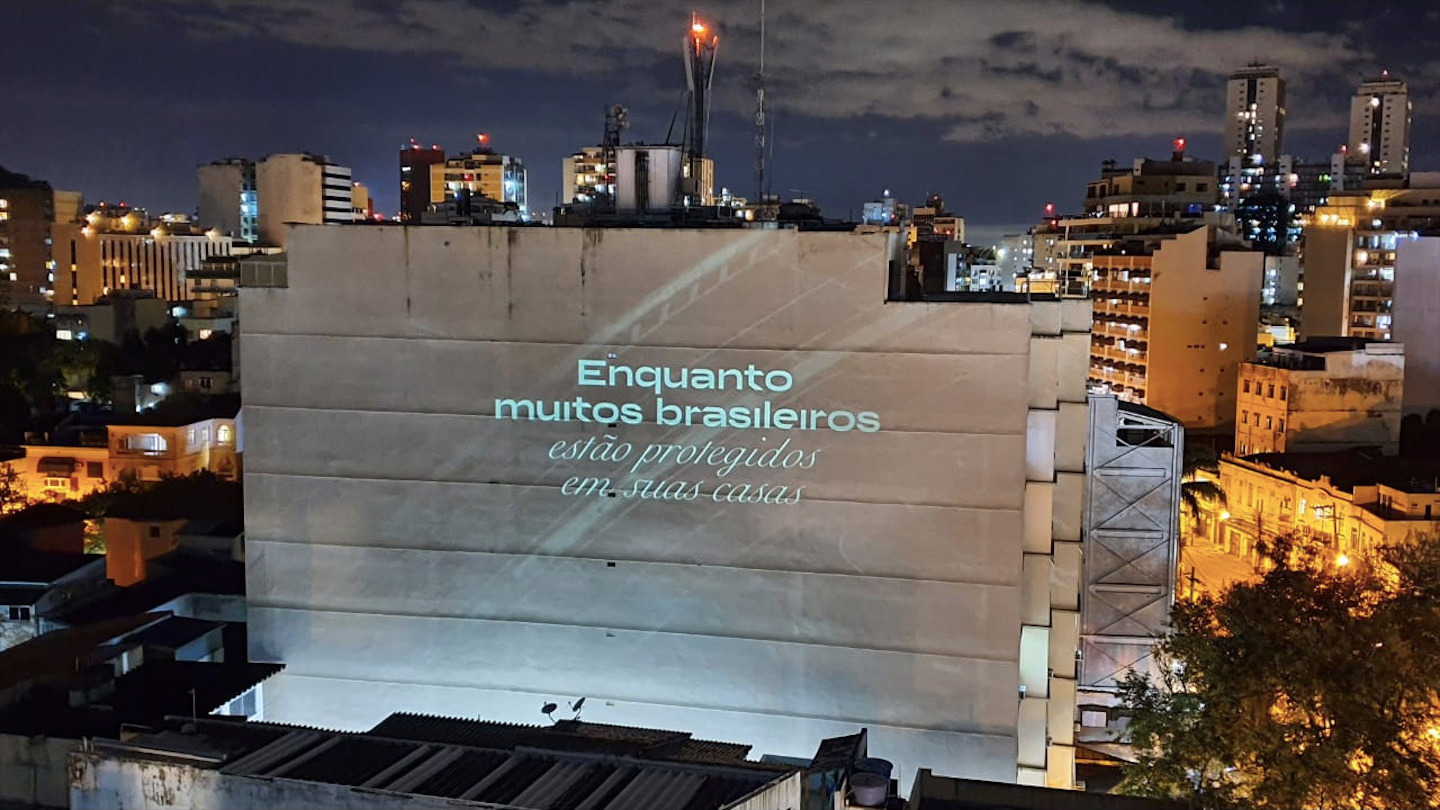 Tagged #LoveExists, the project has generated nearly $16,000 to help several local NGOs provide meals, clothing, blankets, hygiene kits, masks and gel alcohol to the most vulnerable members of Brazilian society. That level of support, coming in just five days, trumps the amount of donations the agency expected over several months.

"Residents in the buildings around the projections were able to have a unique experience to reflect on the privilege of having a place to call home during this pandemic at the same time they realize how close they are from people who are socially vulnerable," says AKQA project manager Paula Santana.

For the video mapping, "we use 16k lumen projectors," she says. "As all the restaurants and bars were closed due to the lockdown [hence, no power sources were available], we brought an electric generator with us. We had a drone and a static camera on the side of the projector so we could create dynamic cuts."

The activation was broadcast live on YouTube and IGTV. 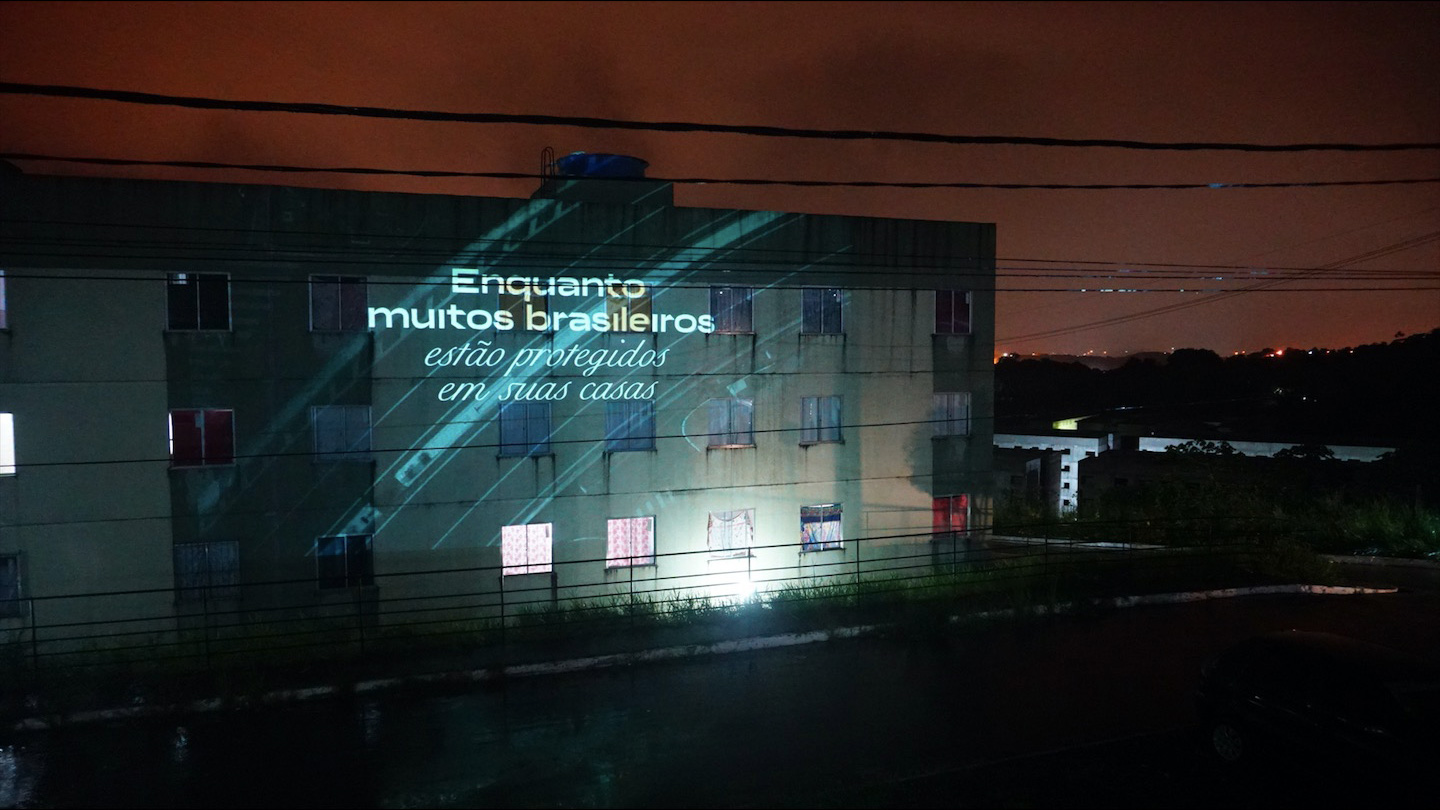 This marks the second notable collaboration between creative shop AKQA and music production/festival company Coala. It follows last year's award-winning "Bluesman" film for rapper Baco Exu do Blues, which wove his beats into a cinematic short focused on equality and social justice.

For their latest activation, "our intention was to explore beyond the house," Baffa says. "Livestreams are trendy, but they serve a privileged portion of people—those who have access to the internet and a TV or phone. It would not make sense to release a clip that talks about the loneliness and segregation of people who live on the streets without considering them in this equation. The projections are especially for them."

So, #LoveExists after all, no matter what the song says: