The pop star gets the one that she wants 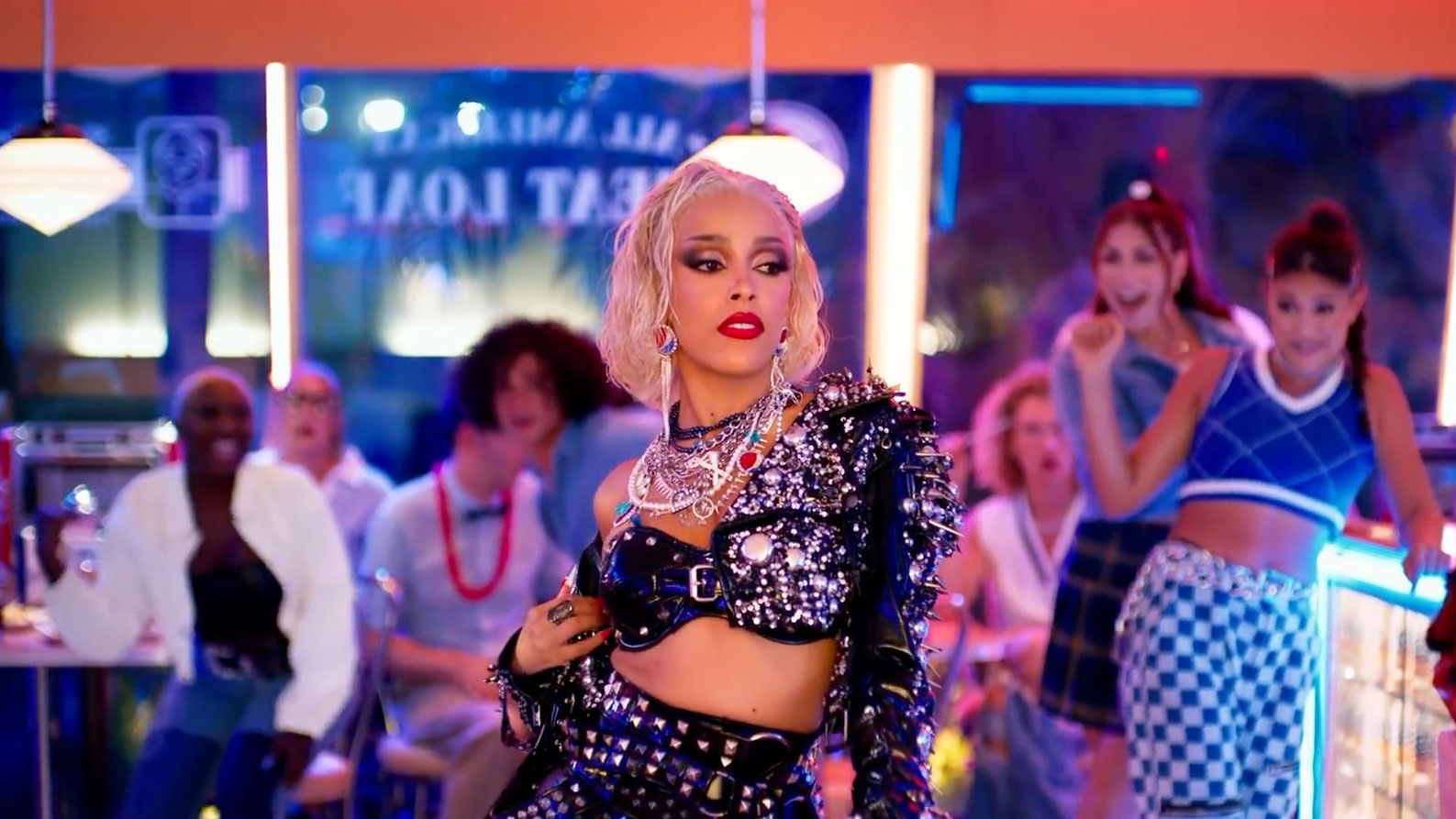 It's the one that she wants— ooh ooh ooh, honey!

By "the one," we mean Pepsi's Cream Soda Cola, a throwback flavor that conjures up images of '50s rock 'n' roll and Eisenhower America. And "She" refers to Doja Cat, who puts a modern club spin on "You're the One That I Want," a timeless track from the 1978 mega-movie Grease, in a playful :90 hyping Pepsi's limited-edition Soda Shop line.

Set at Rydell High (where else?), the performance casts Cat as Sandy, famously played in the film by Olivia Newton-John.

Doja turns up the heat, but it's 2021, so she doesn't need some study-hall "stud" on her arm for validation.

You’re The One I Want | Pepsi

Those branded shades and ear-gear in the last frame gave us chills—they're electrifyin'! By the time you finish reading this post, Pepsi might put such merch into production, who knows?

Hanna Lux-Davis directed, with choreography by Sean Bankhead and campaign development from VaynerMedia.

"Working with Pepsi on this remake of 'You're the One that I Want' has been surreal," Doja Cat says in statement. "It's such an iconic song and brand, so to have the creative license to put my own spin on it for the launch of Pepsi-Cola Soda Shop was a once-in-a-lifetime opportunity."

It's a fun homage/reimagining/tribute, arriving as Grease celebrates the 50th anniversary of its original Broadway run. Respectful of the source material, the spot feels familiar yet new, and should pop with younger fans.