He's all about 'Drugs in the bases'

Yes, the names sound similar, and so do their beats and rhymes. They look alike, and even share the same dance moves.

But there's one big difference. Travis Scott is a flesh-and-blood hip-hop star. Travis Bott is a deep faker.

As a self-promotional/creative experiment, agency Space150 fed all of Scott's songs into an A.I. algorithm to produce an original track, "Jack Park Canny Dope Man."

The shop Auto-Tuned an actual human's voice to match Scott's, then shot the video below, using facing-mapping technology to transform the lead performer into a (freaky/streaky) Travis look-alike:

"We wanted to see what it would be like to collaborate with A.I.," Space150 executive creative director Ned Lampert tells Muse. "Travis Scott felt like a good benchmark because his art is unique, odd, and immediately recognizable. We wanted people to say 'Is this a Travis Scott song?' as an indicator of success. Also, we're huge fans of his work."

Naturally, the "Travis Bott" pun was too on-the-nose to pass up.

"The most surprising aspect of the project is that song is good," Lampert says. "It sounds like a legitimate Travis Scott song—it has emotion, it has lyrical hooks and pop sensibilities."

The minor-key jam boasts lean muscle, and the words, while basically gibberish, evoke hip-hop themes with a certain poetic flair:

Speaking of which, here's the real deal's signature hit for comparison:

So far, the real Travis Scott, who wasn't involved in the project, hasn't chimed in on it. Below, you can peep the album cover and other Travis Bott-related goodies from Space150: 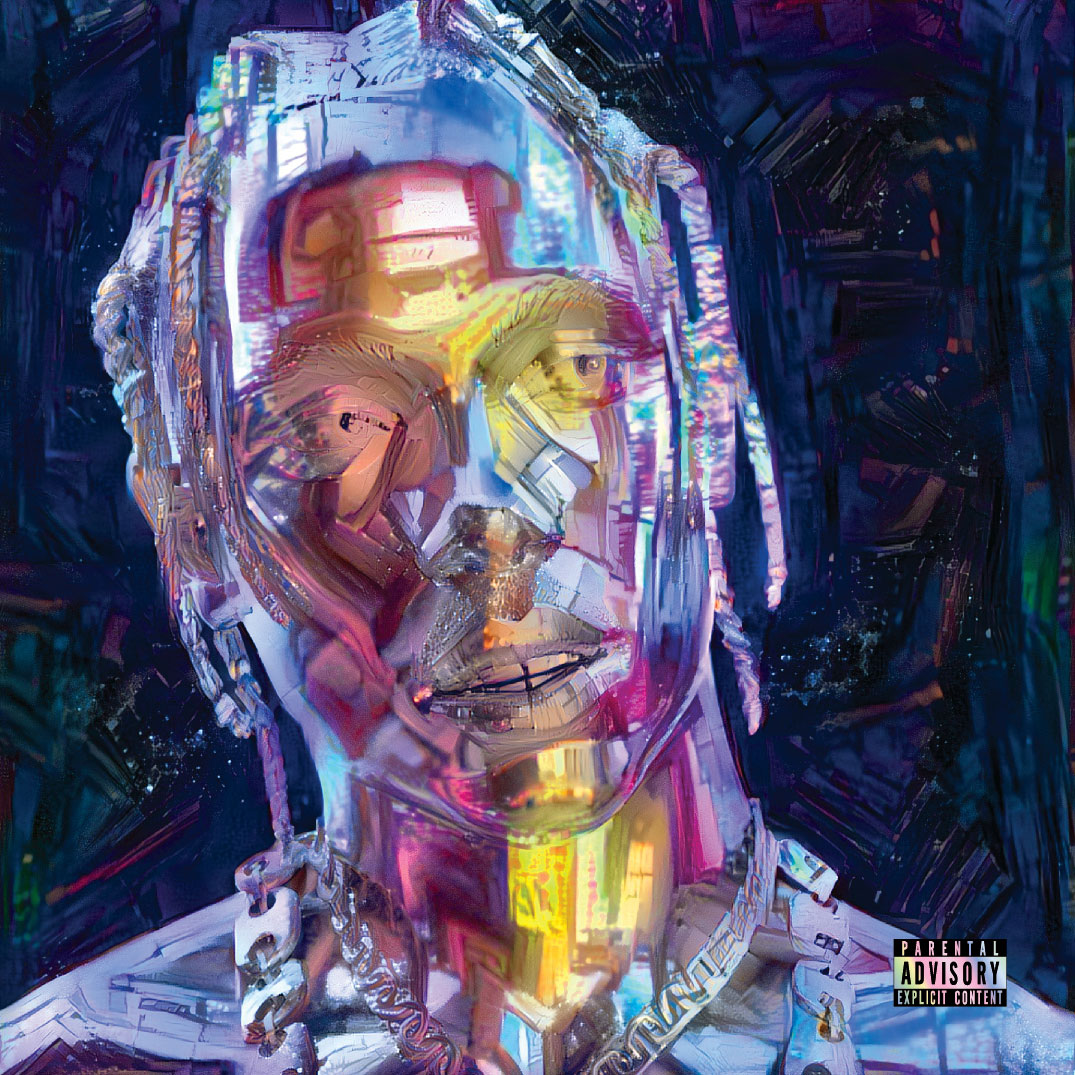 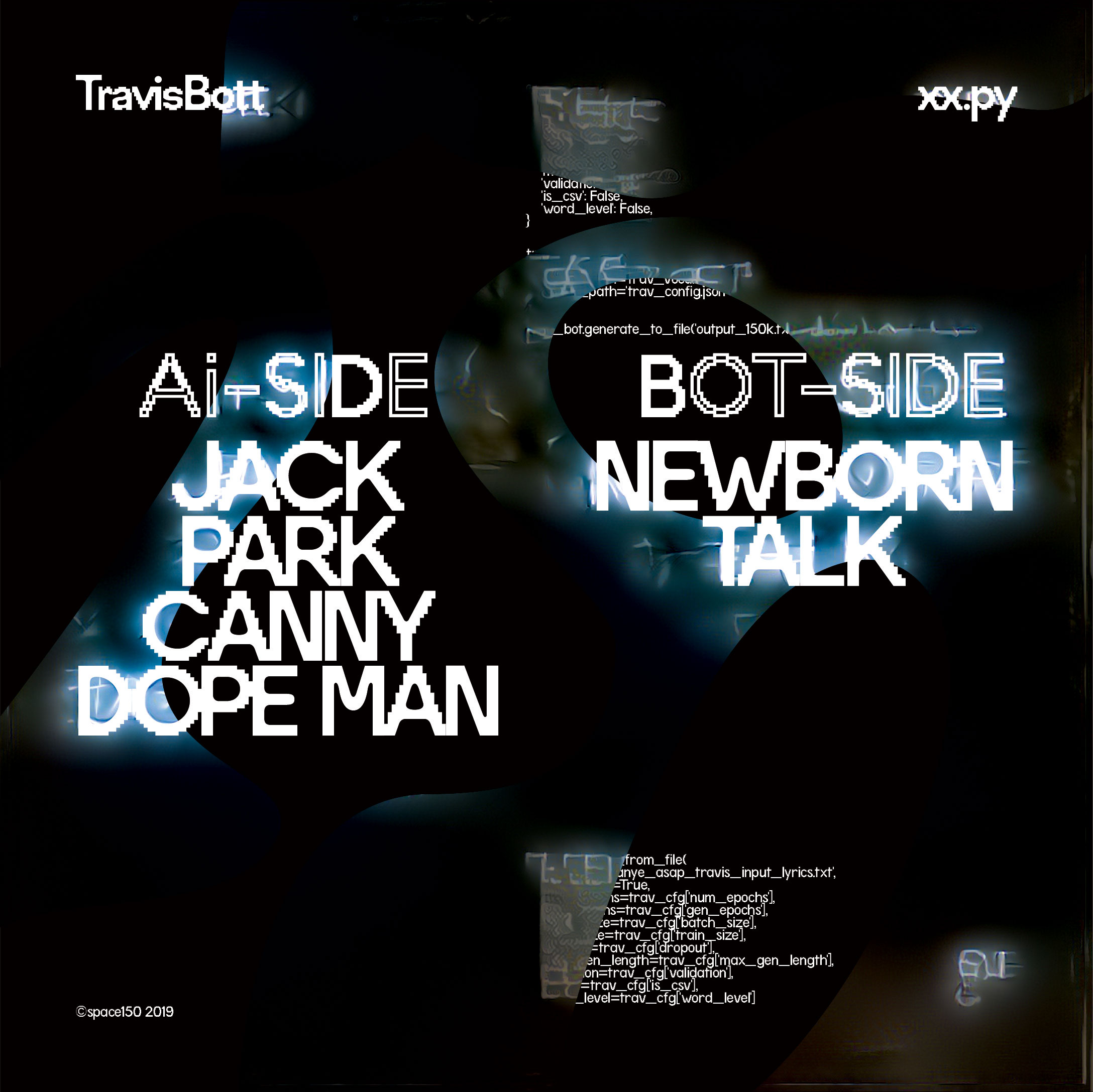 "There's a lot of fear surrounding artificial intelligence, but much like other technological advances, it's just a huge creative platform," Lampert says. "The boost for Space150 is in the exercise, testing and learning on new platforms and stretching their potential."

Of course, lots of agencies and brands have been experimenting with machine intelligence. While Travis Bott represents Space150's first big play in the area, notable efforts from others include a Beatles-style tune, films and a memorably odd Burger King campaign.

Creative execs predict 2020 will see a rise in such applications, with various forms of fakery coming to the fore. Samsung's already achieved impressive results, while marketing firm Fractl developed a blog that's not all it seems, and Reuters built a prototype for delivering real news using deepfake tech.