There's a lot of pressure today to look supermodel flawless, and our society's superficial obsession with physical perfection can now claim another victim—the approximately 20 billion pounds of misshapen or discolored produce tossed in dumpsters each year.

Poor appearance accounts for a large portion of the food wasted in the U.S. today. Farmers lose a full one-third of their harvests because of unsightly pockmarks or unfortunate bruising. But the effect of wasted food is experienced by everyone: It costs the average family of four $1,600 each year.

Some shoppers pass over imperfect produce because they think ugly fruit and veggies are inferior in quality or taste (spoiler alert: they're not). However, even if we don't mind the occasional misshapen orange or tomato, much of the time we never see them because they never reach grocery shelves.

So, which came first, the ultra-picky shopper or the pristine-produce marketing trend—in which the reddest apples are polished and graced with their own brand labels and the greenest heads of iceberg lettuce get crafted into artisanal salad kits, while the rest are relegated to dumpster heaven? It's hard to say, but it's probably a bit of both as the trend dovetails with consumer desire in an era when food-safety concerns have people seeking out perfect-looking, sanitized food.

And yet, a concerted effort is gathering momentum that seeks to free our nation's fruits and vegetables from the tyranny of unobtainable physical standards. The Misfit Movement seeks to educate people that wasting food is detrimental to the ecosystem and that irregular-looking food is not unhealthy or distasteful. The Misfit Movement's marketing messages are playful and tongue in cheek, embracing some food's "ugliness" like a beauty mark while communicating a sustainability message.

Waste Not, Want Not

A handful of marketers are taking a stand by finding creative ways to say yes to "misfit" produce. Some are giving it a makeover—fun fact: Baby carrots were invented by a farmer who grew tired of throwing away so many "ugly" carrots—while others are showing love by selling day-old or slightly blemished produce at a discount. Sustainability is key to the messaging.

Companies are building entire brands around embracing not-so-pretty produce. By selling slightly flawed veggies at value prices and sourcing perfectly fine ingredients for juices and recipes, they are redefining the marketplace and making fresh food more sustainable. But more than anything, they are changing the conversation by showing shoppers that these small, quirky imperfections are kind of "cool."

Misfits Market stands as the most expansive ugly-produce program in the U.S. and is sold in more than 300 stores in three supermarket chains. Giant Eagle and Walmart have even taken a page from the Misfits playbook to pioneer their own programs in an attempt to prevent waste. The investment from these companies creates a financial incentive for farmers to harvest these foods, as opposed to letting imperfect products rot in fields.

Imperfect Produce is one of many companies combining the misfit idea with the convenience of meal kits, filling its mail-order boxes with unwanted produce from local farms. The company recovers almost 1 million pounds of fruit and vegetables every month and delivers these products to consumers for as little as $11 per week—a discount of 30–50 percent under the average in-store cost.

The Future of Food

Since 66 percent of American consumers and 73 percent of millennials prefer to spend on socially conscious, sustainable brands, the incentive for marketers to join the Misfit Movement is stronger than ever before.

Grocery stores are joining the cause, too. In addition to Giant Eagle and Walmart working with the aforementioned Misfits brand, Kroger has announced plans to introduce a line of ugly produce called Pickuliar Picks under the tagline "Imperfect but perfectly delicious."

"Misfit" produce presents an opportunity for savvy and innovative food and beverage marketers to join a growing movement to curb waste and score points with consumers who value eco- and socially friendly brands. 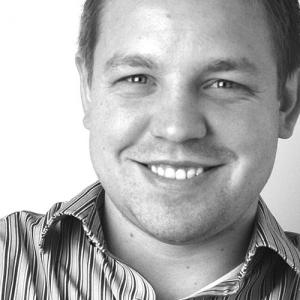