Warner Bros.' classic Looney Tunes characters have been associated with basketball since at least the 1990s, when they appeared in a popular Nintendo game, and Michael Jordan teamed up with Bugs Bunny and his pals for a Nike commercial and the Space Jam film.

To be clear, "Tune Squad" wasn't depicted on a court-side mural. Instead, the characters actually adorned the 72-by-38-foot court itself, and were recognizable from far overhead: 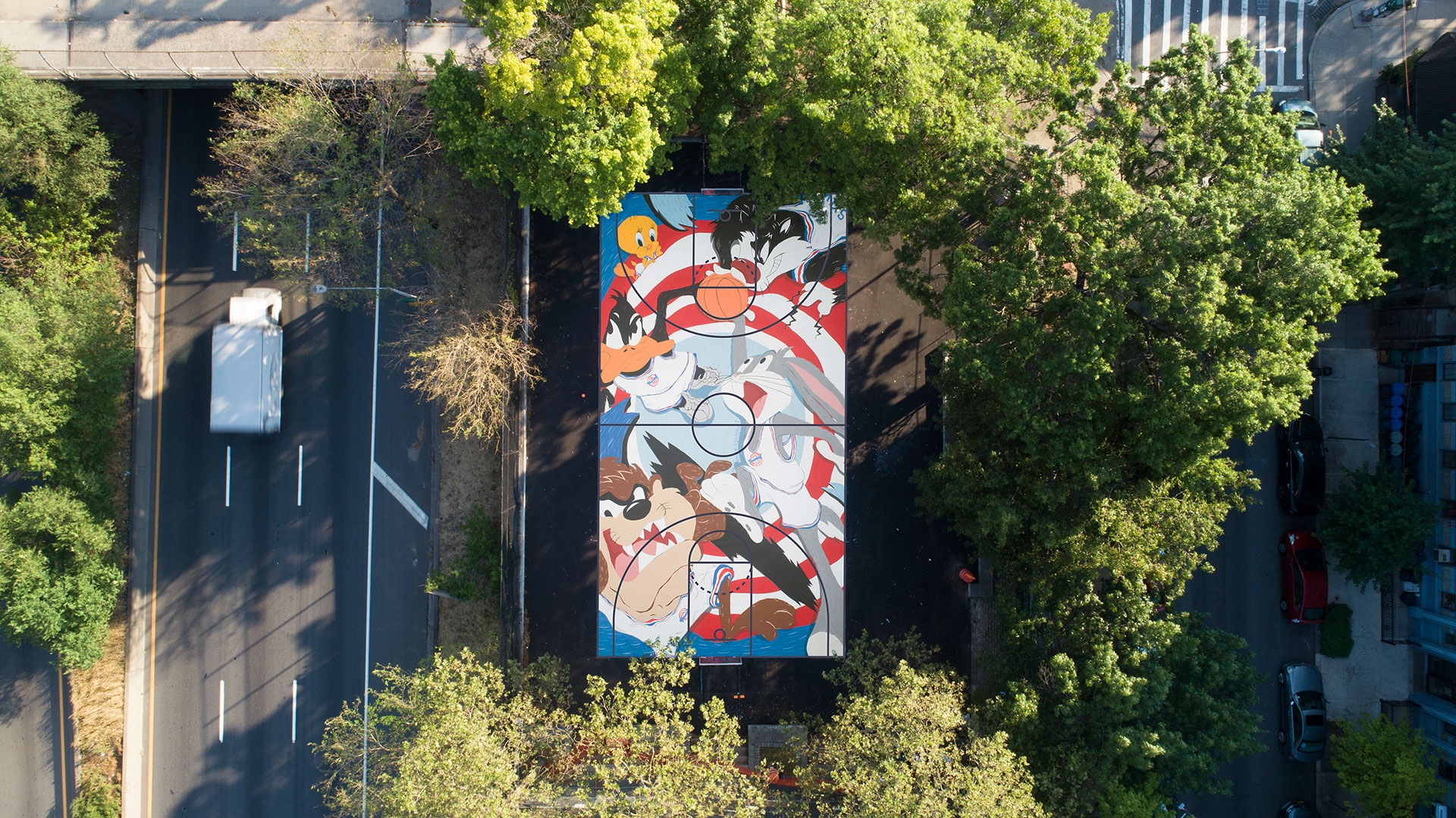 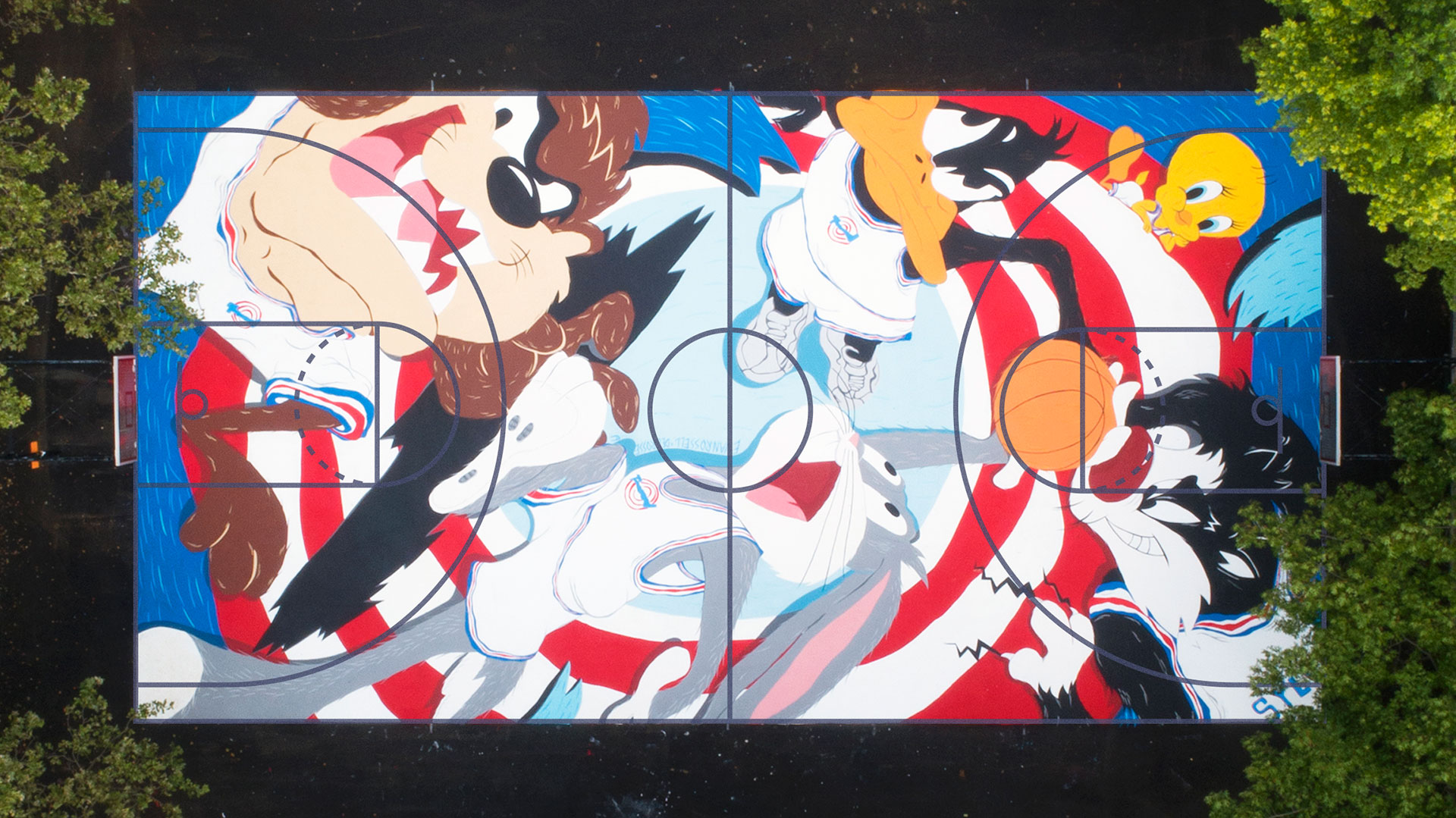 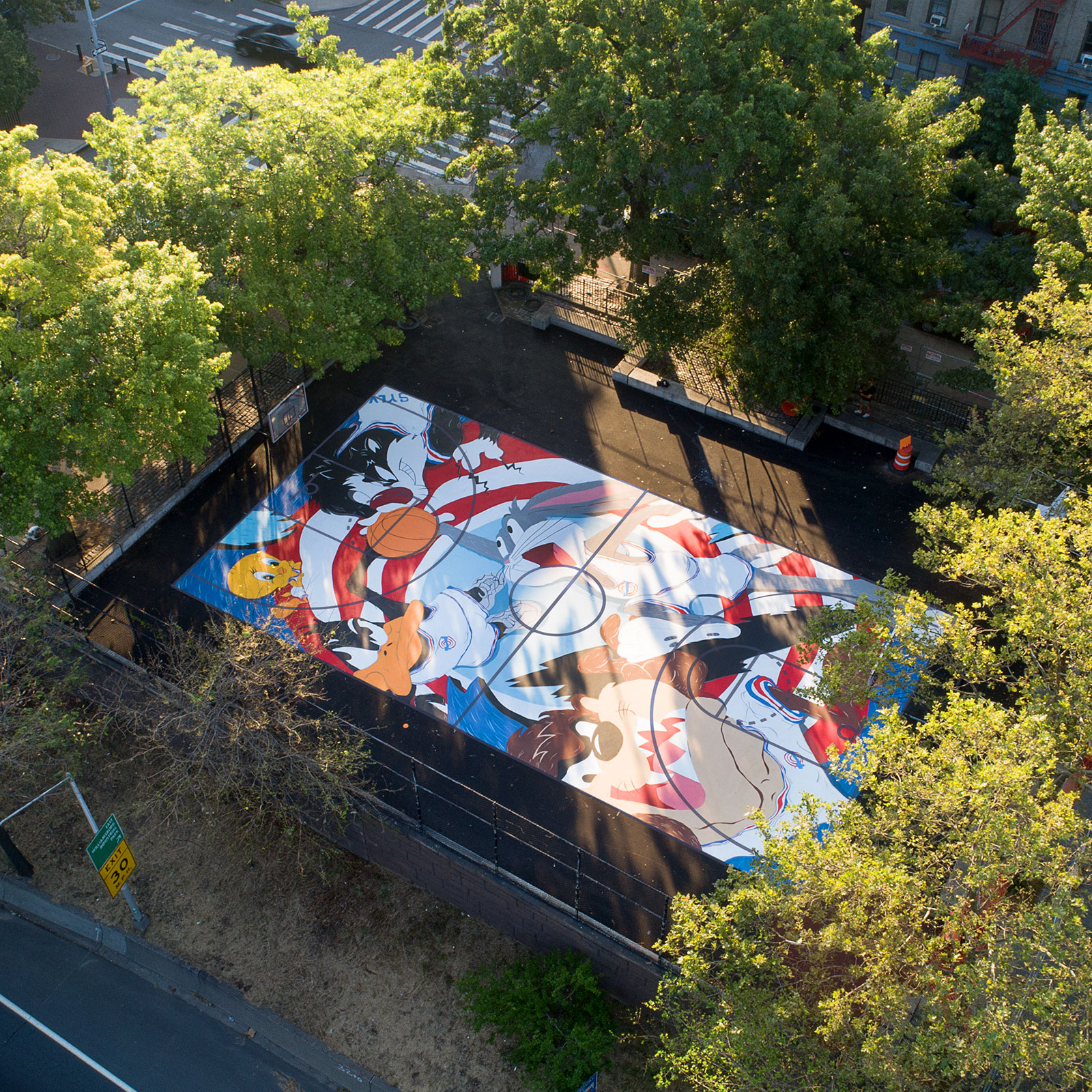 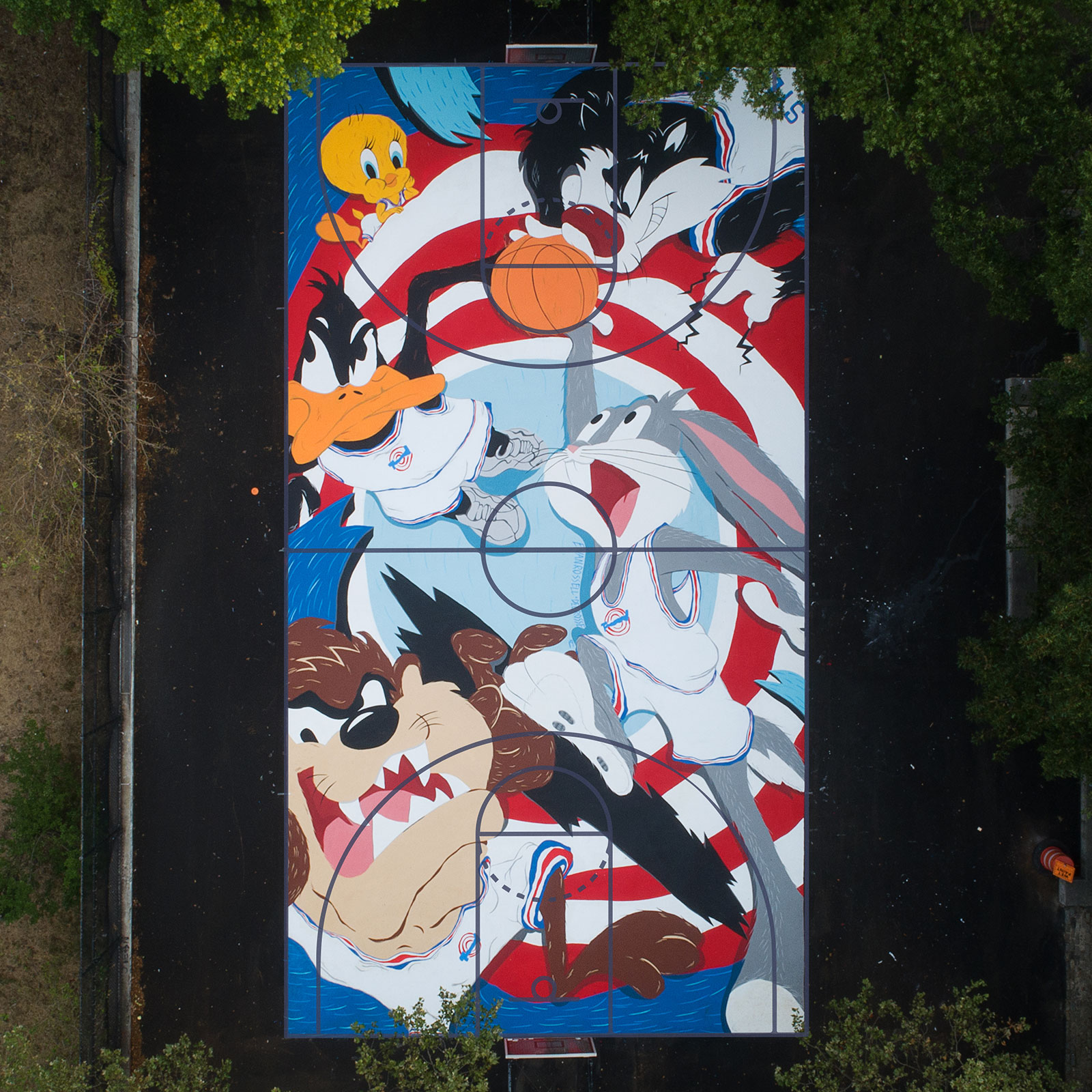 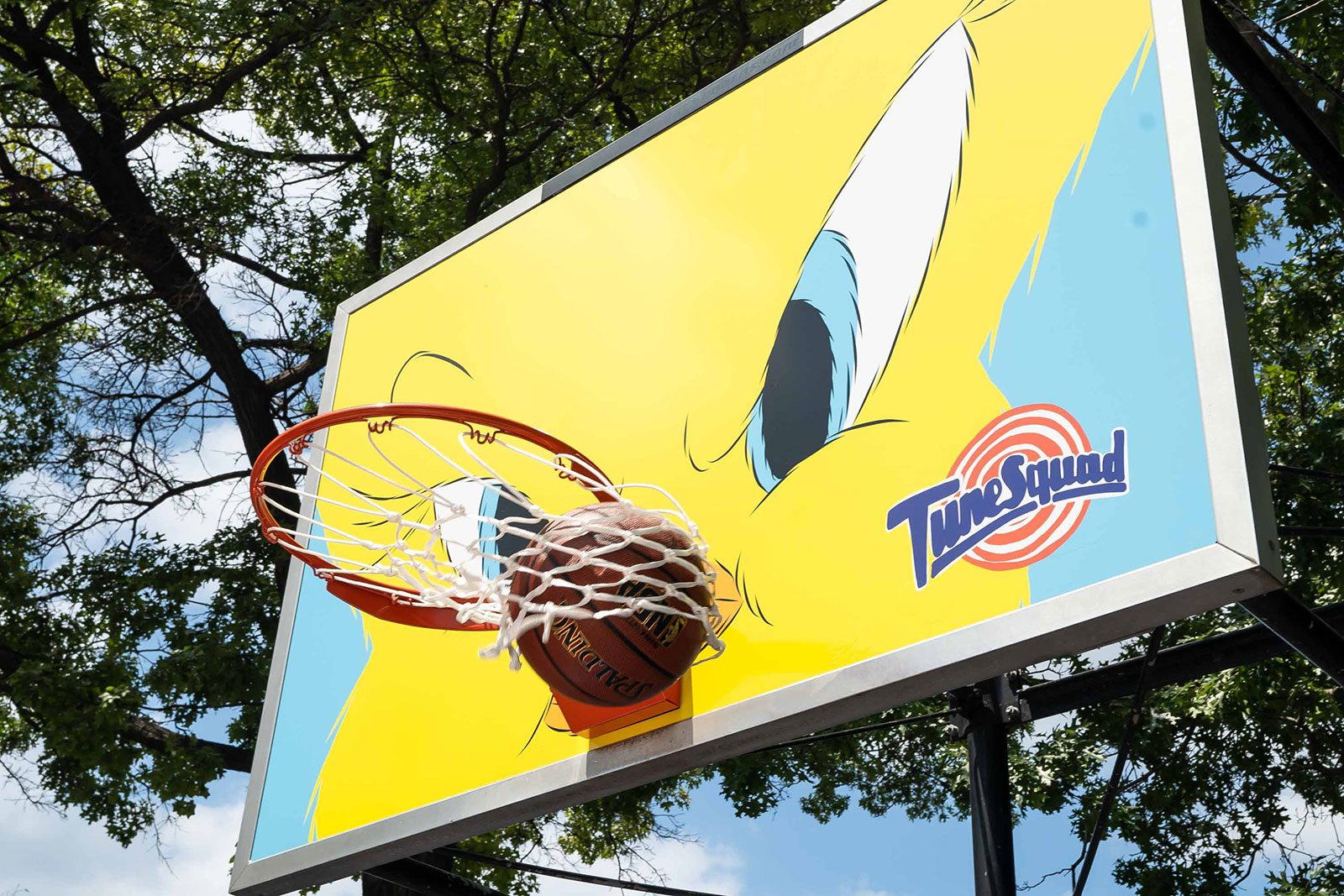 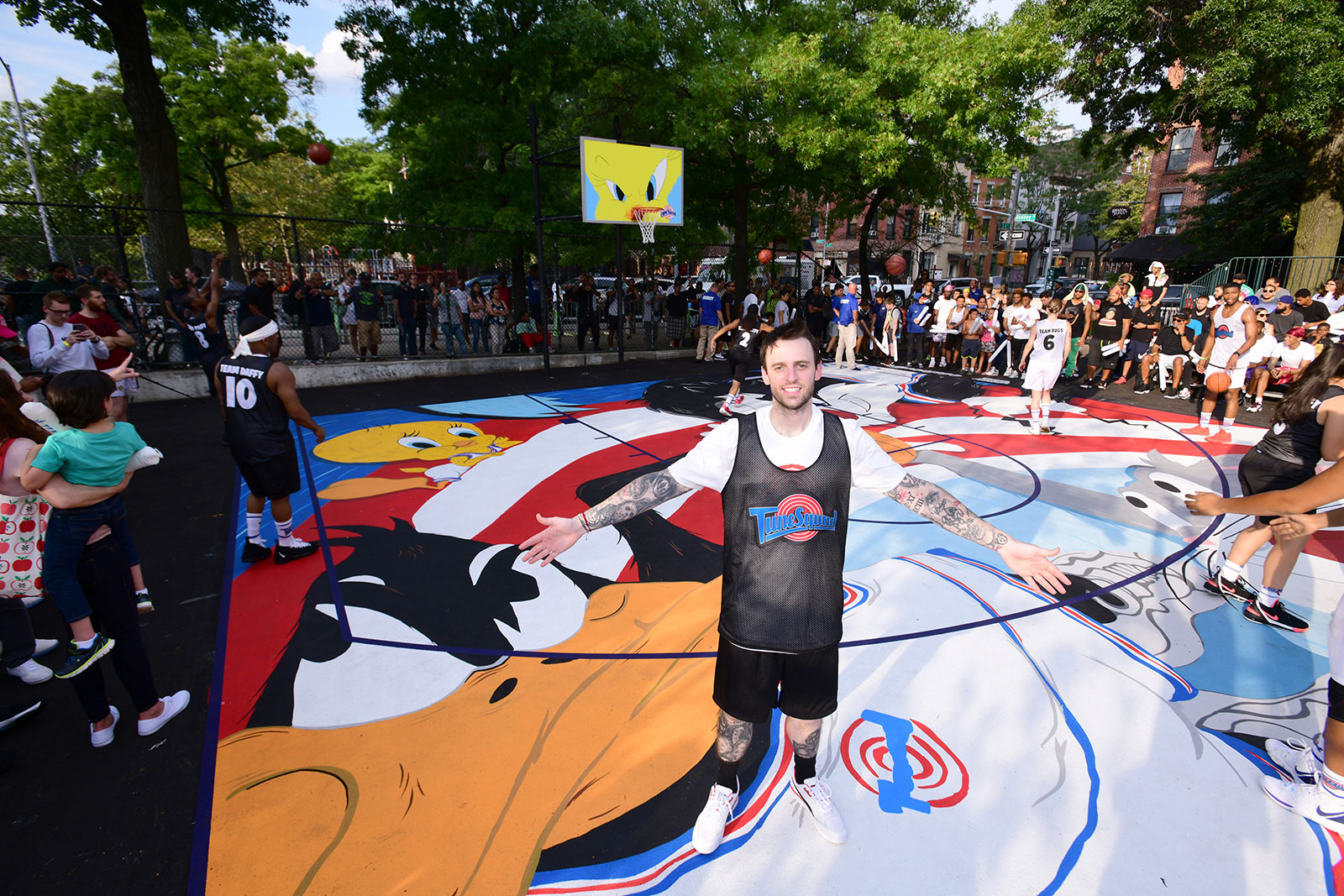 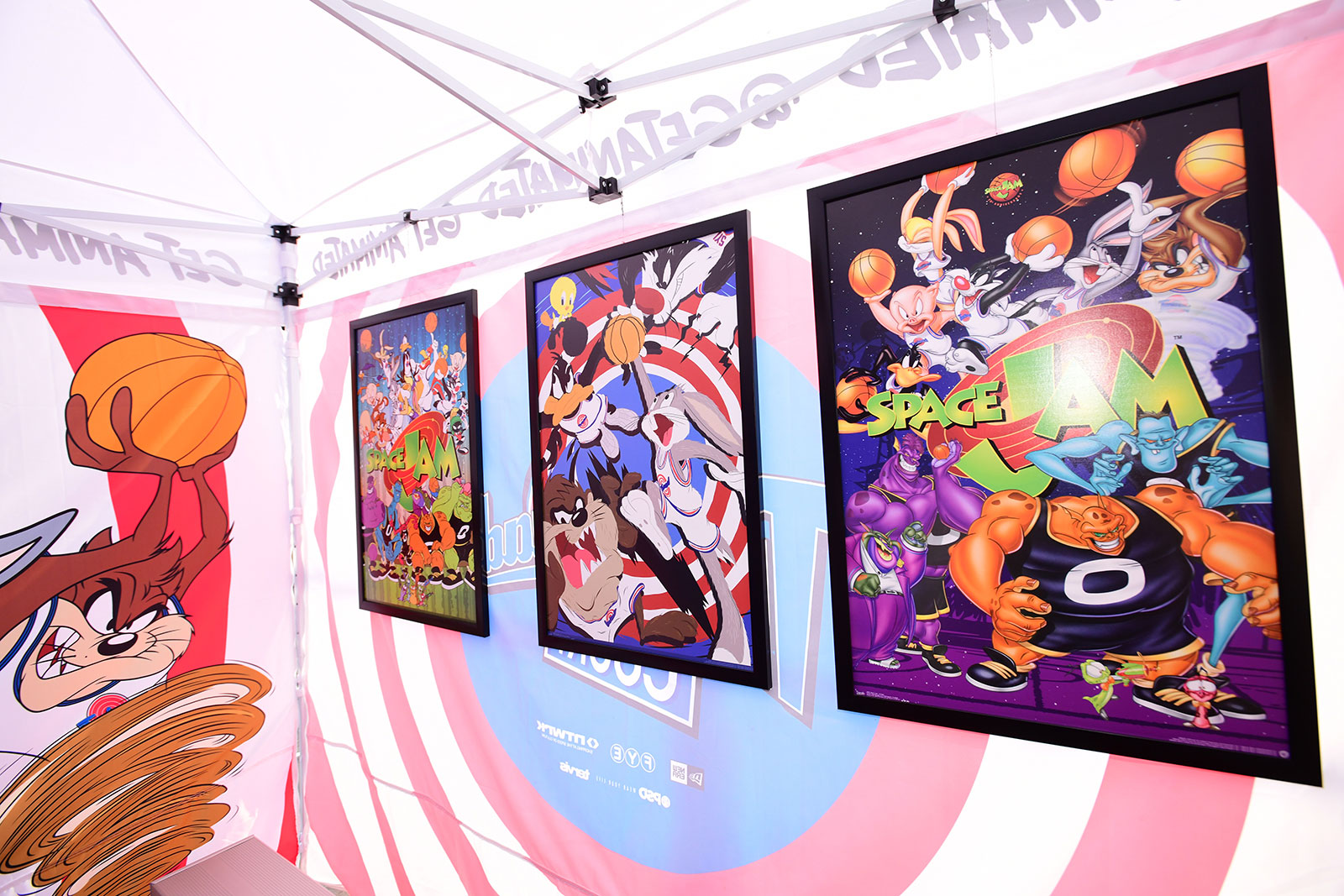 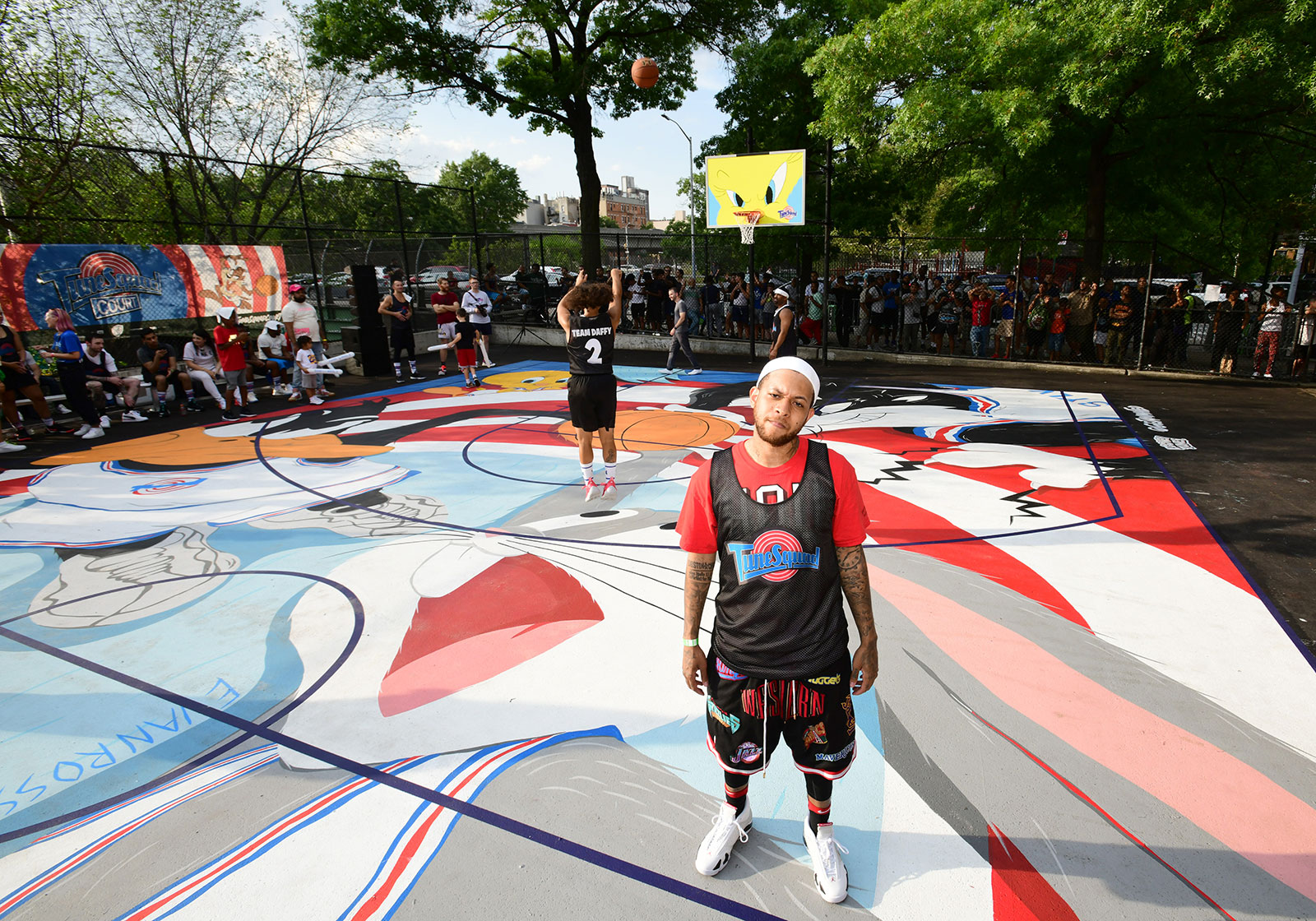 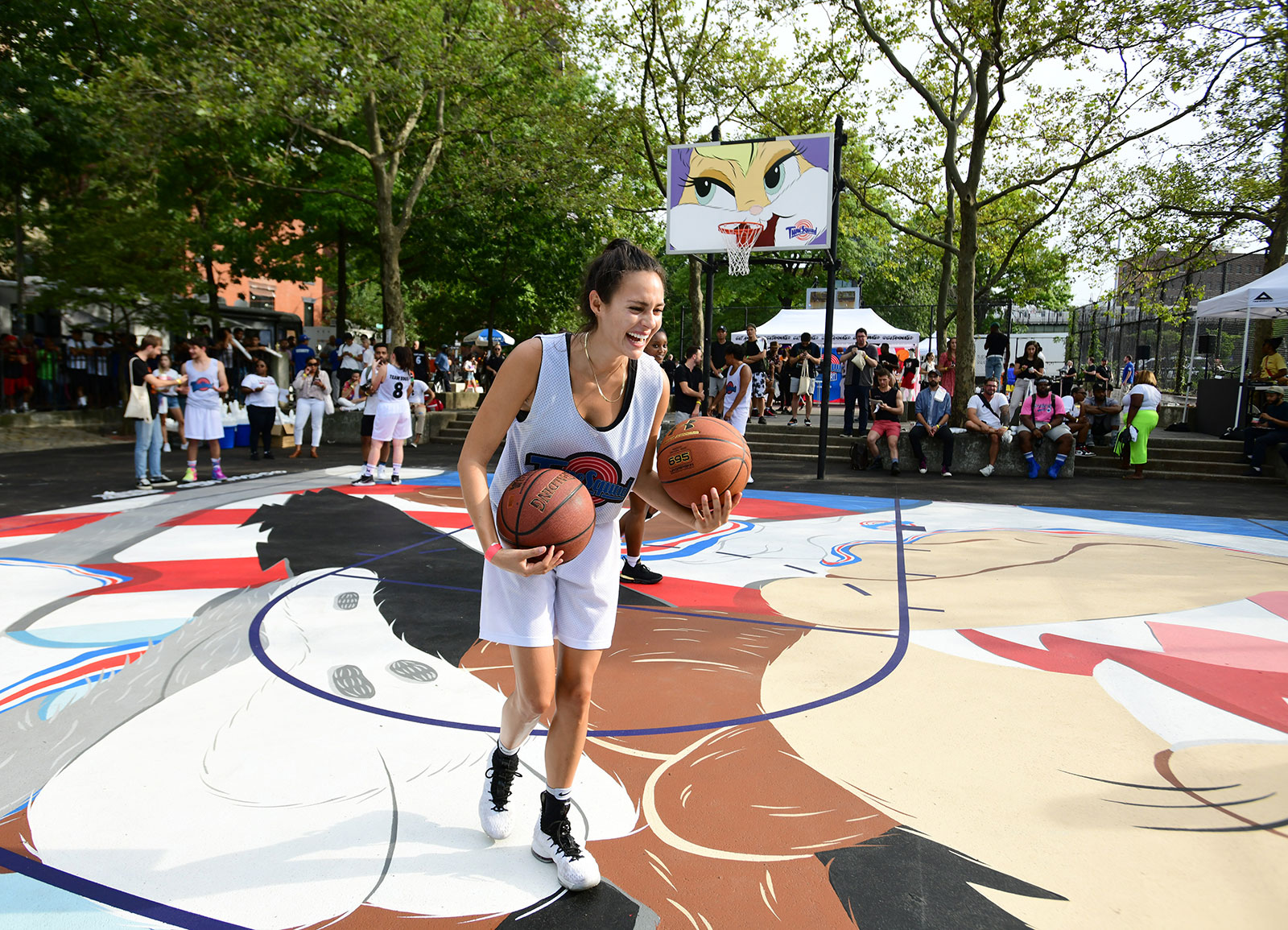 Bugs and his crew also appeared on custom backboards and basketballs.

Movement Strategy and Warner Bros. Consumer Products partnered with the New York City Parks Department for the four-month court refurbishment project, which culminated in Thursday's mural unveiling, along with a charity basketball game and appearances by local celebs.

The project falls under Warner's "Get Animated" banner, which reimagines cartoons through products, collaborations and live events. It's a neat way to expand the franchise for a new generation, and follows the trend of branded murals popping up all over the place. (DC Universe recently painted Wonder Woman and other superheroes on walls in NYC and L.A. to foster inclusion, Magnum Ice Cream chilled out with London street art, and footwear maker Havaianas installed a walkable, shoppable mural in Venice Beach, Calif.) 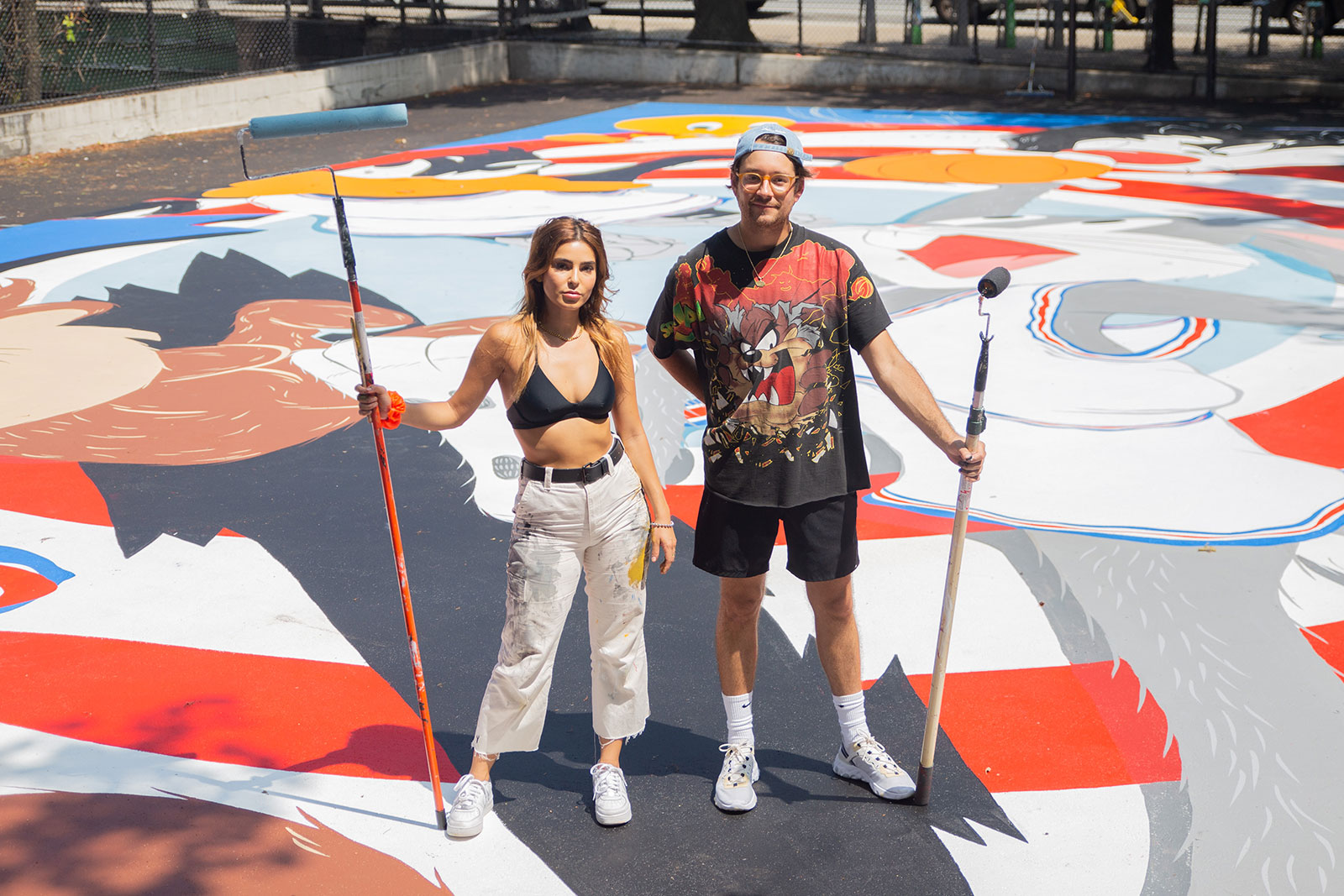 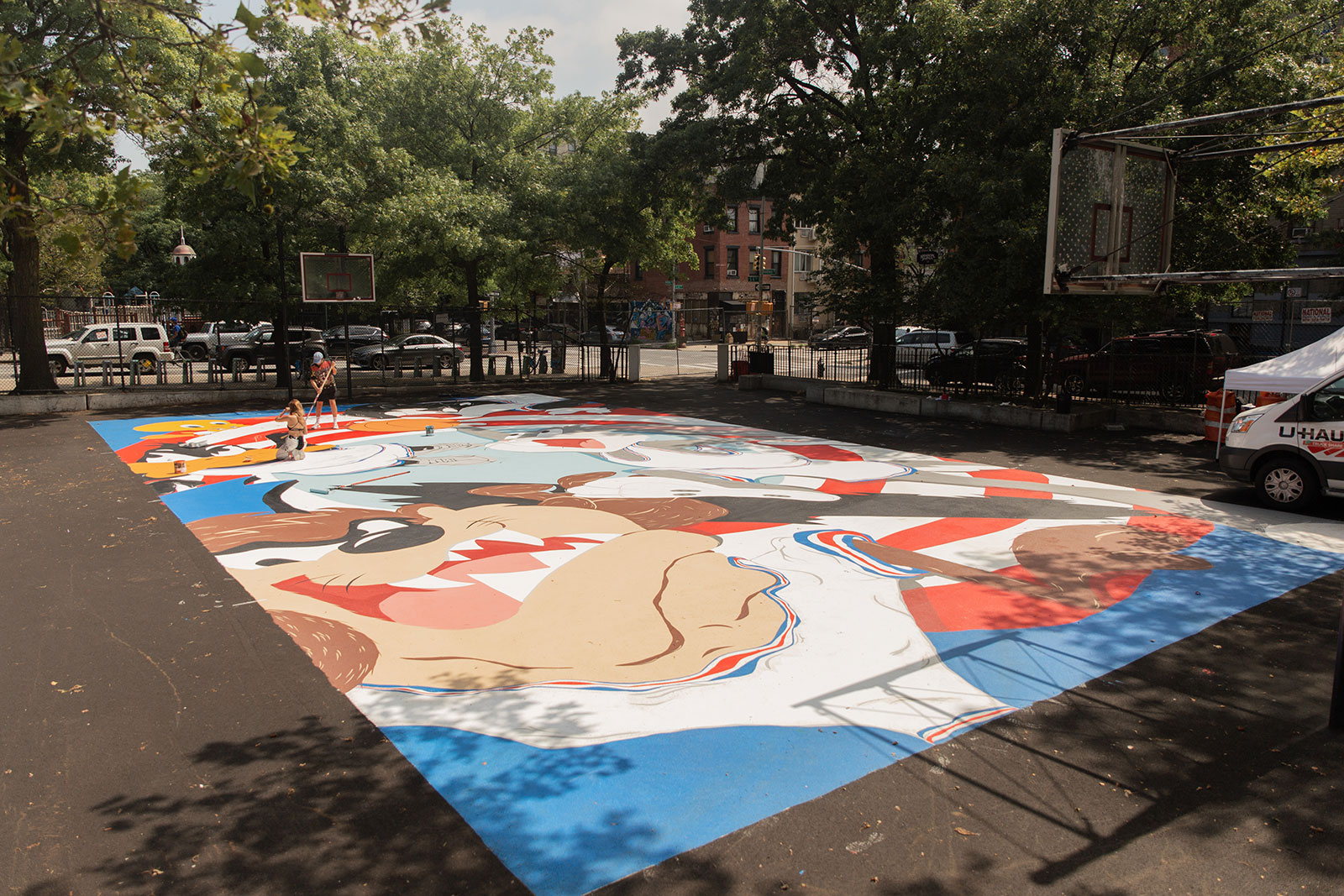 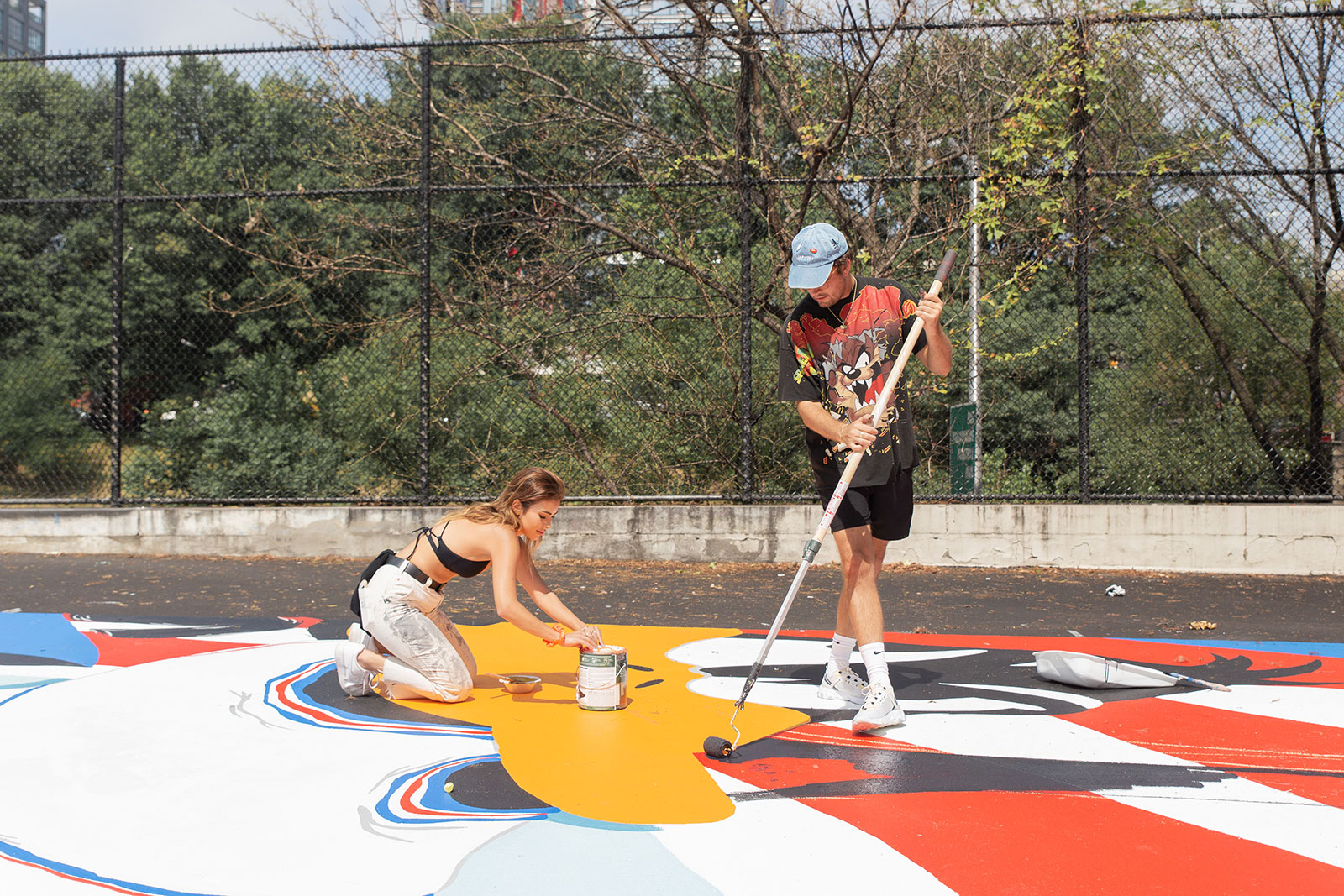 "We wanted to make some noise in New York, where Looney Tunes has been ingrained in urban culture through street art, hip-hop, fashion and sports," reports Movement creative director Kathleen Tso. "We found a way to merge those elements of art, sports and lifestyle for today's youth while also giving back to the local community."

The court will stay in Brooklyn for the next few years and touch-ups will be made as needed.

You can almost hear Bugs saying: "Step all over my face? What a maroon! Of course you realize this means war!"