Brazilian footwear brand Havaianas recently stepped into shoppable tech in a colorful way, installing a mural created by pop artist Buff Monster at the entrance to the Venice Beach Boardwalk in Southern California.

Folks who pointed their phones at portions of the artwork they found appealing could purchase sandals with corresponding styles from StepIntoSummer.com, where fashion tips from stylist Tara Swennen were also available. Google Vision AI powered the activation.

The mural measured 15 by 85 feet and was displayed from 9 a.m. to 6 p.m. on June 28 using a walkable strip of high-grade rubber—because Havaianas offers rubber-soled flip-flops. Brand ambassadors were on hand to guide folks through the experience, which you can check out in the photos below: 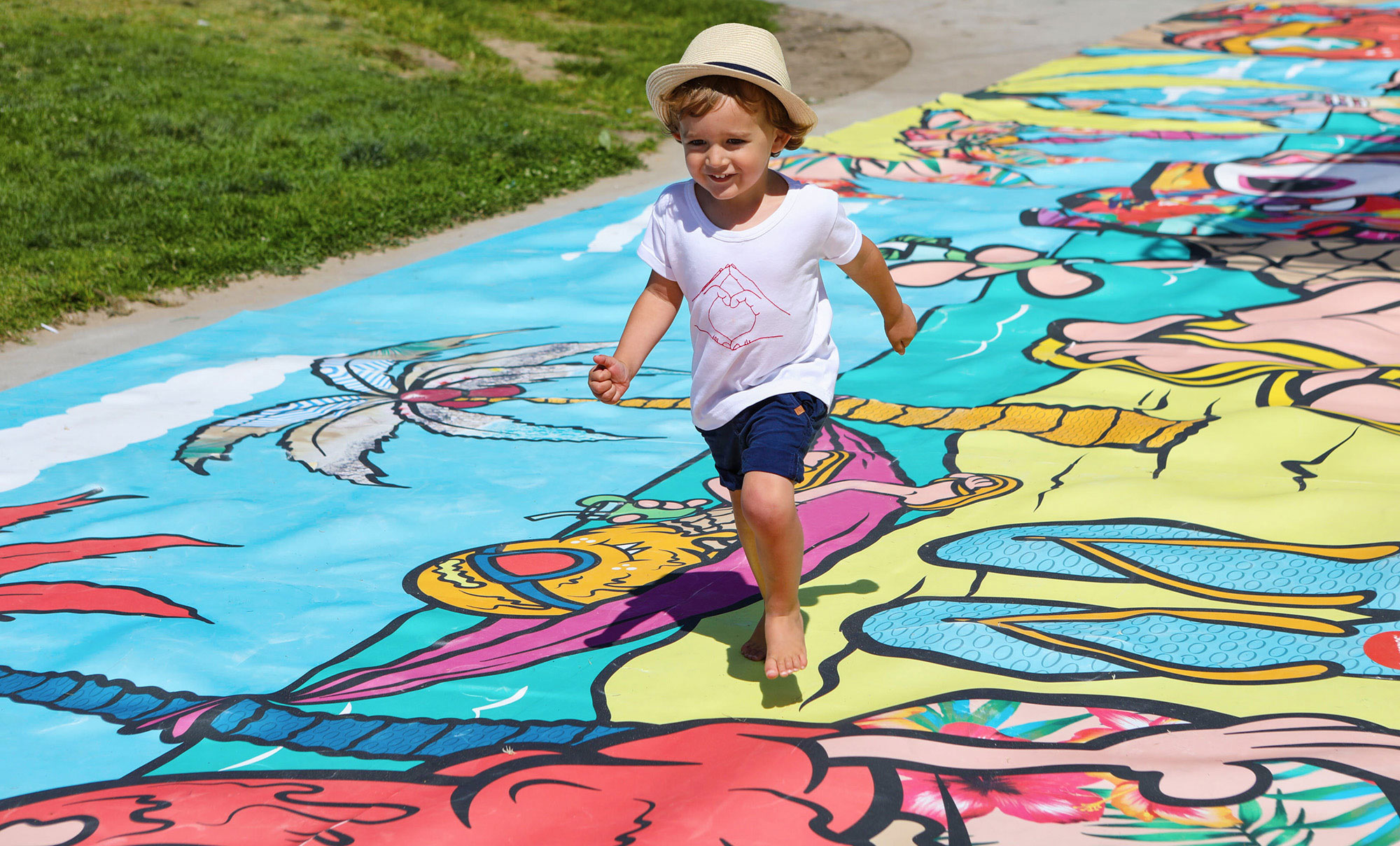 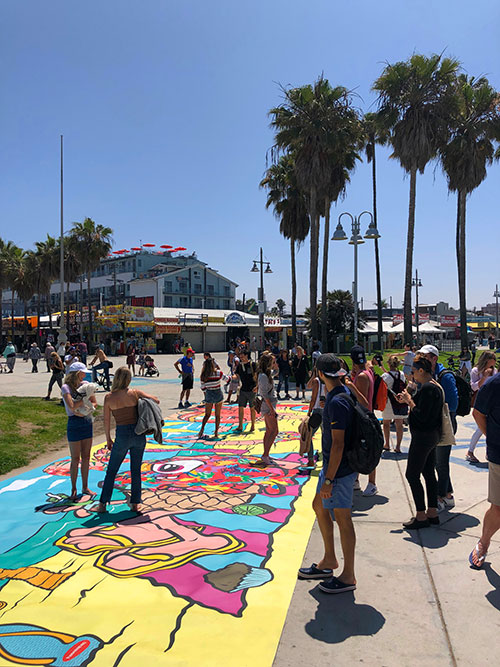 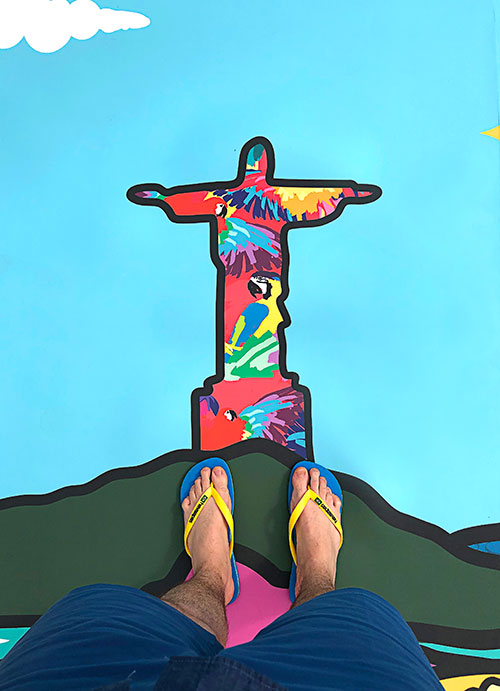 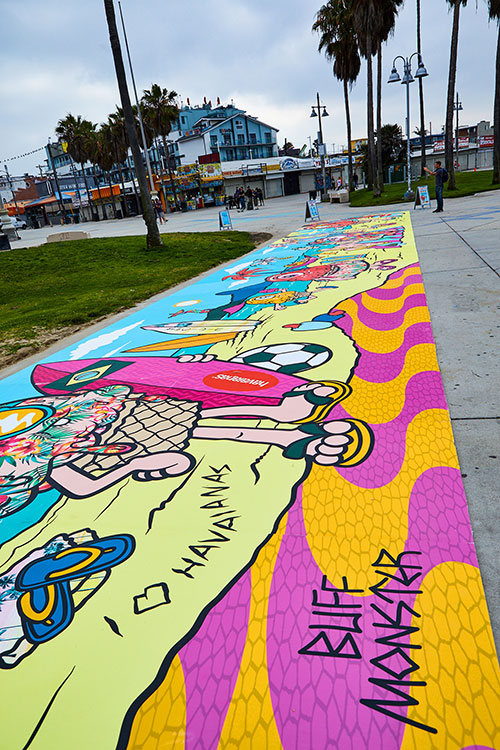 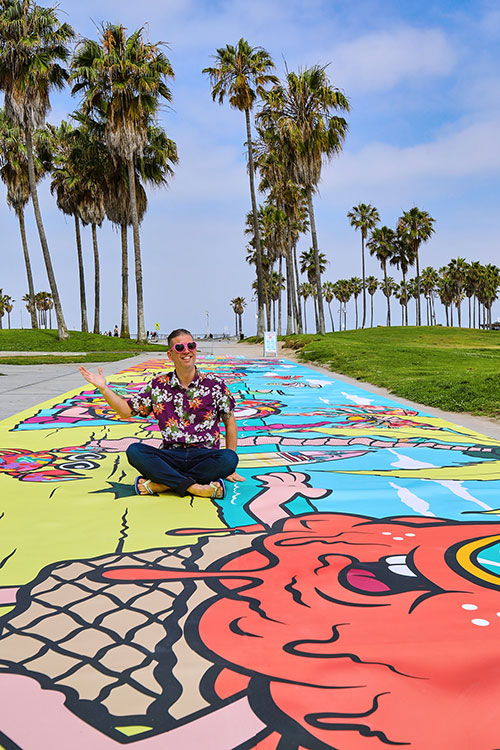 "We needed to create something disruptive and entertaining at the same time" to position Havaianas as "a fashion staple for different looks and occasions, not just beachwear," says Rafael Rizuto, creative chief at TBD, which devised the campaign.

"It's unrealistic and rather presumptuous to think someone would download an app to engage with your brand," he says. "They are already giving us their time, so we wanted to make it as easy as possible for them. We constructed a web experience where attendees could interact with the whole activation by simply typing a URL on their mobile browser."

This demo walks you through the process:

"People love an experiment with interfaces, and once they discovered the tech, they really engaged with it," says Fernanda Romano, chief digital officer at Havaianas' parent company Alpargatas. "To us, that means we can push the tech further and offer more content and engage in a larger conversation."

Buff Monster was chosen for the project because, "not only is he Hawaiian—and Havaianas means Hawaiians in Portuguese—but his color palette matches Havaianas' summer styles exactly," Rizuto says. 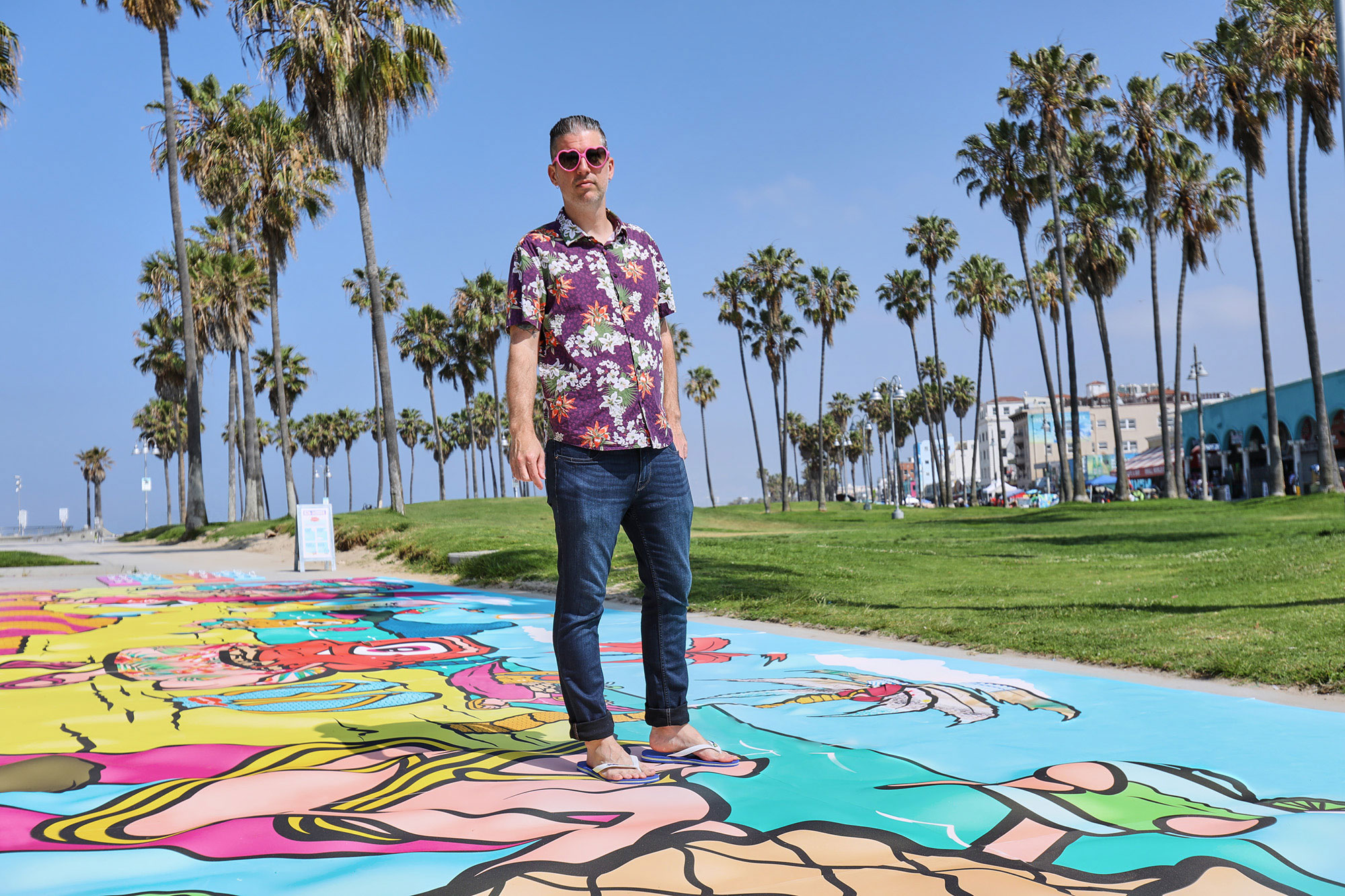 "We gave Buff 10 Havaianas with different colors and patterns, and based on that, he created digital art using every single one of them. Then, we had to trace the whole thing to be printed at scale on the rubber. 100 percent of the boardwalk was shoppable. Wherever you pointed your phone, you'd get a perfect match leading you to that exact pair of Havaianas on the e-commerce website."

Rizuto adds: "I was surprised by the number of people taking the time to explore the piece with their phones. We don't have the final sales numbers yet, but it wasn't our main KPI." Similar installations are planned for Brazil and India, with local artists providing the shoppable imagery.

Fusing art and commerce has become a go-to strategy for brands. Notable examples include Magnum's ice-cream-y summer splurge, Lincoln's NYC activation of music and light, and PornHub's celebration of sexuality.

By making its activation shoppable, Havaianas strides into a very-near-future world where virtually everything IRL can (and probably will) serve as a conduit to commerce. (A few months back, attendees at a maker festival in China used similar tech from Alibaba to purchase fashion items from more than 200 vendors.)

Havaianas is putting together a music video/case study dropping this week on TikTok. Produced by Jamute (James Feeler and Alex Freitas), the samba-rock toe tapper is performed by singers Lino Krizz and Wzy perform. Check out a sample below: