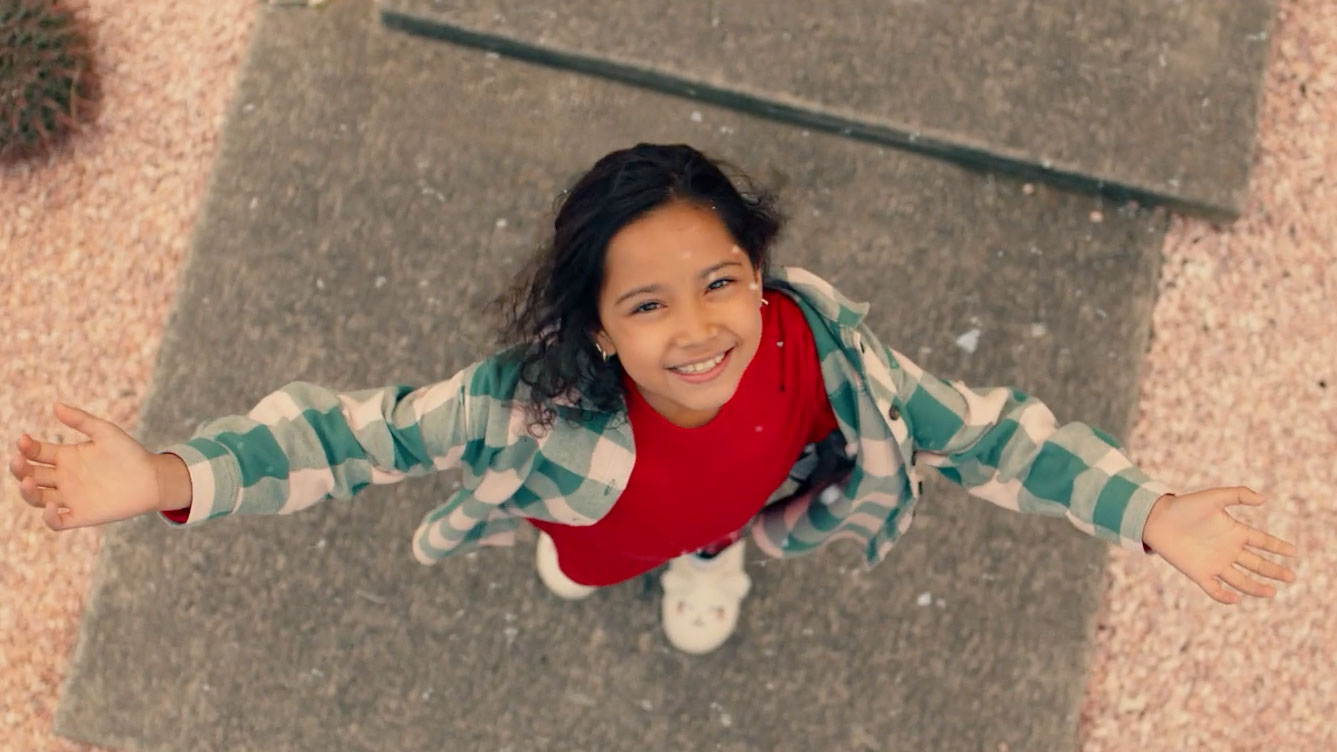 The American Red Cross envisions a white Christmas that's more nightmare than dream come true in "Snowfall," a haunting PSA from BBDO breaking this week across TV and digital platforms.

Seeking to turn traditional tropes on their heads, the 75-second film presents festive globes, decorative lights, a smiley snowman and other seasonal staples, set to a yearning, indie-folk track composed by music house Human with lines about dreams, magic and "falling through the sky."

A young girl stares out her suburban window, wishing the white stuff would fall. This seems unlikely, as she lives in the desert. Yet flurries eventually fly. It's a miracle!

Those aren't snowflakes but bits of ash, carried on the wind from a raging fire at a neighbor's home. Sirens drown out the cloying soundtrack and copy reads, "Distastes don't take a break for the holidays. With your help, neither do we." The spot closes with a plea for donations.

"Holiday ads have become all too predictable," says BBDO New York creative director Roberto Danino. "As a result, people have come to expect sweet wintertime stories, usually featuring a child, and a melancholy acoustic guitar track. We wanted to play with those expectations and surprise people."

It's an artful, effective approach, well-realized by director Martin Stirling, which rewards repeat viewings and maintains its power even if you know the trick ending.

"We needed to remind viewers that thousands of families will be devastated by disasters big and small during the holiday season," says Red Cross VP of brand marketing Selma Bouhl. "With our viewers' support, the Red Cross will be there for them."