Mr. Ferguson and the power of make believe

Your kid's imaginary friend is in his death throes! Time to call Toys "R" Us and bring that special pal back to life!

The retailer's Canadian operation and agency Broken Heart Love Affair stage a dramatic intervention in the darkly comic commercial below. "Mr Ferguson," a pug-faced, 6-foot-tall, rabbit-eared whatsis, collapses when a little boy ignores the fantastical figment. His parents summon the Toys "R" Us "Playmedics," and they work frantically to save Mr. F, who grasps for air, tongue lolling.

It's no spoiler to reveal they succeed, but how they do so might surprise you...

...or not. They trot out merch sold at Toys "R" Us—action figures, a Baby Shark water squirter, even a Whoopee cushion—to engage Mr. F. in brandtastic play until he revives, good as new. In the end, Junior's spirits rise as the logo rolls with the tagline, "Imagination Included."

Director Mike Warzin was a fine choice to helm such an odd outing, having proven adept with edgy/funny efforts for Kayak, State Farm, and most notably, Coors's weirdly wonderful "Holiday Beerman" ad from Christmas 2020. Like those ads, "Mr. Ferguson" deftly dabbles in absurdity while keeping tight the brand message tightly in focus. Call it the Warzin Effect. We'll be on the lookout for his next project. (No pressure!)

Kids incorporate mass-produced toys into their make-believe worlds all the time, so the imaginary friend conceit should resonate. Also, the work feels culturally attuned, as pretend playmates have long trod our shared Hollywood-driven zeitgeist. Examples range from the annoying (and kind of grotesque) Drop Dead Fred to sweet (if sappy) Bing-Bong from Inside Out.

Colorful, copy-driven OOH makes its point most succinctly, with the first billboard a realm gem: 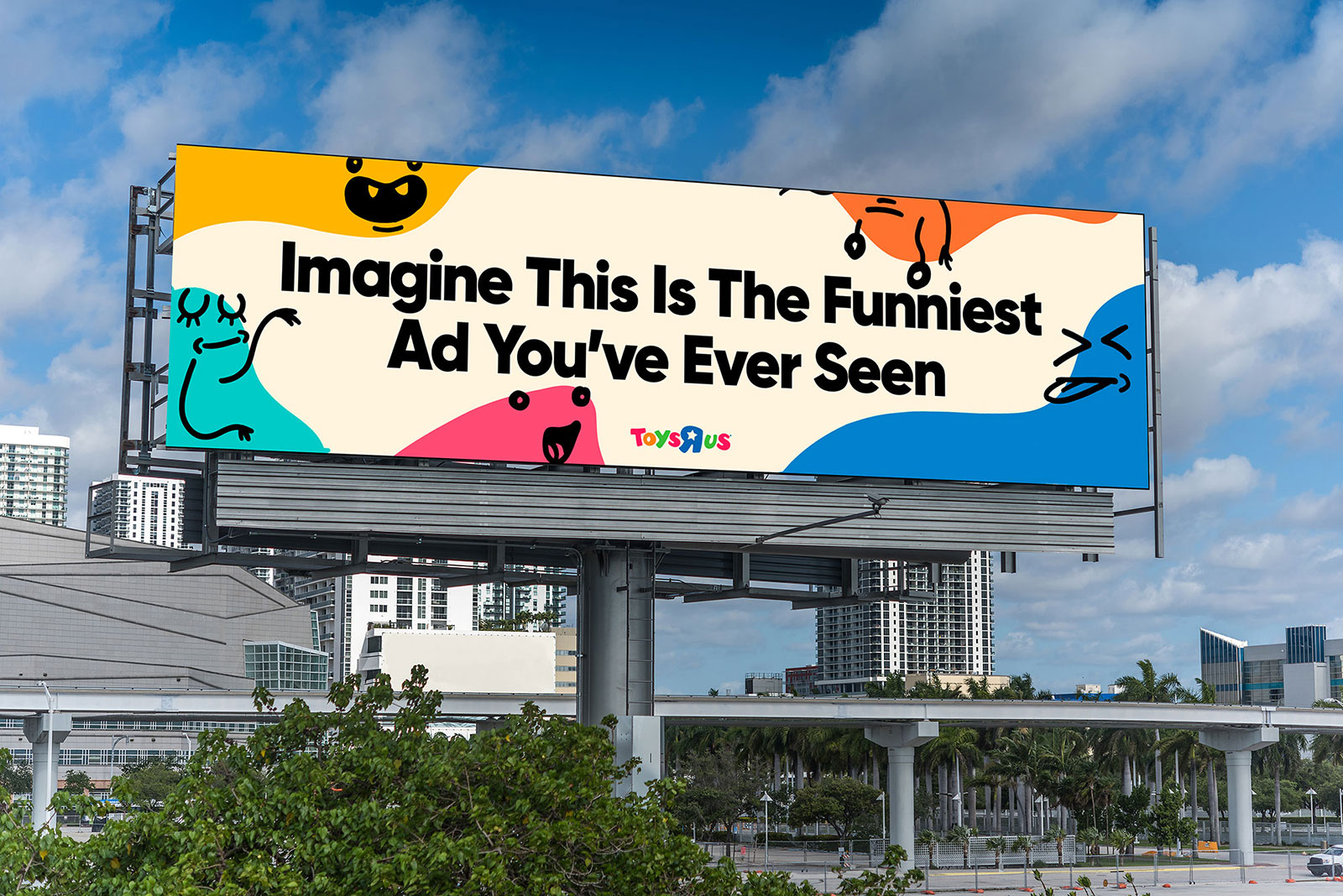 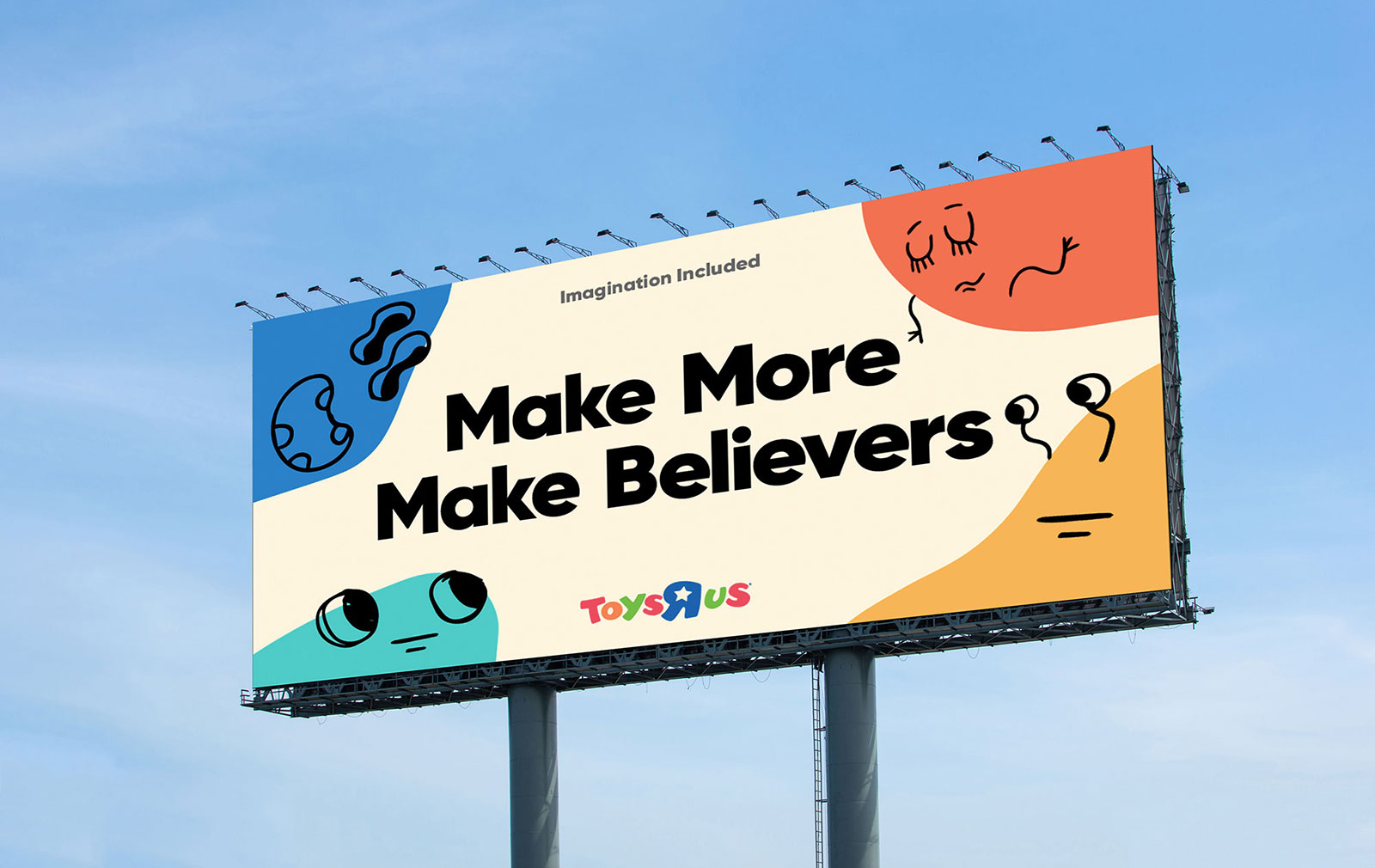 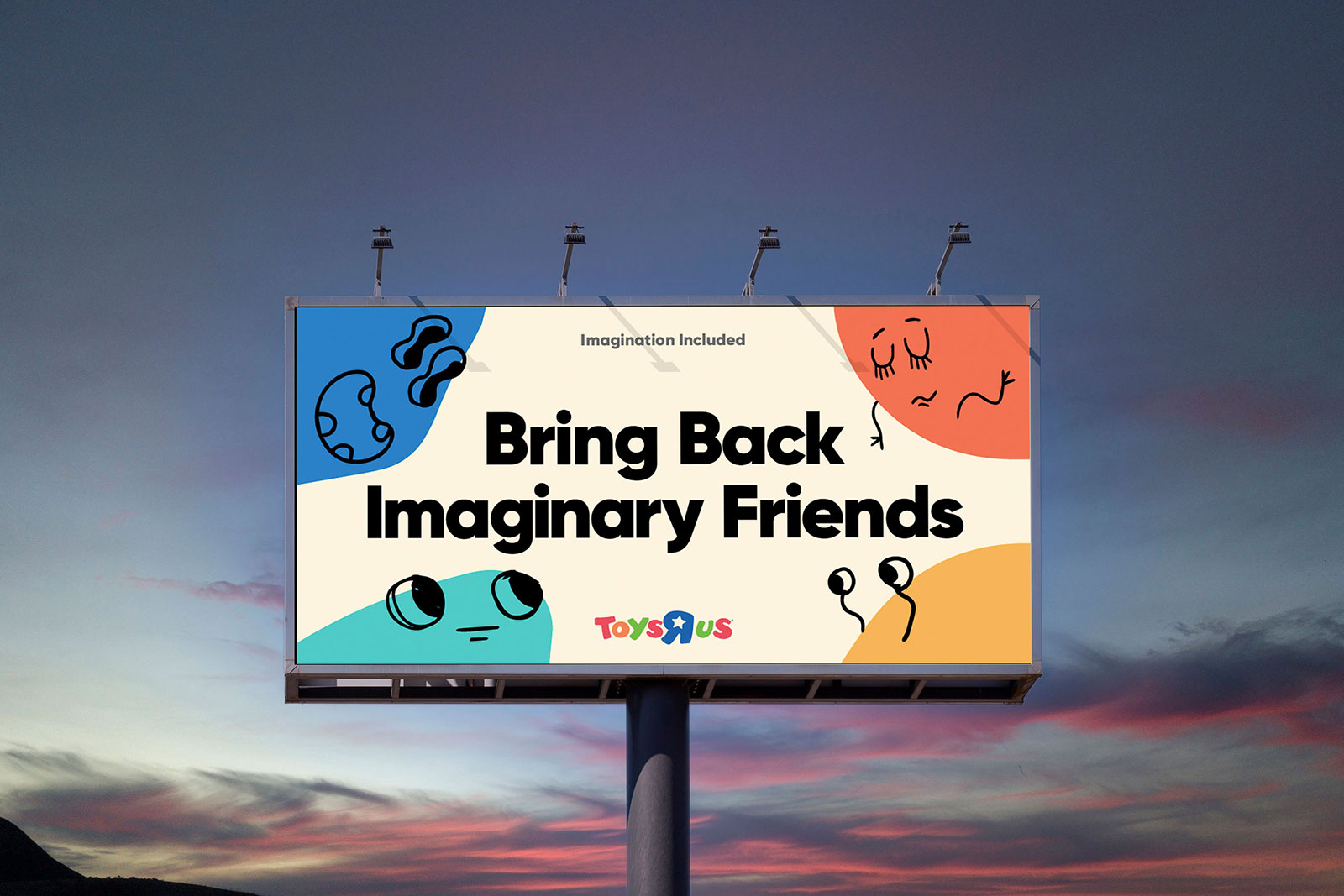 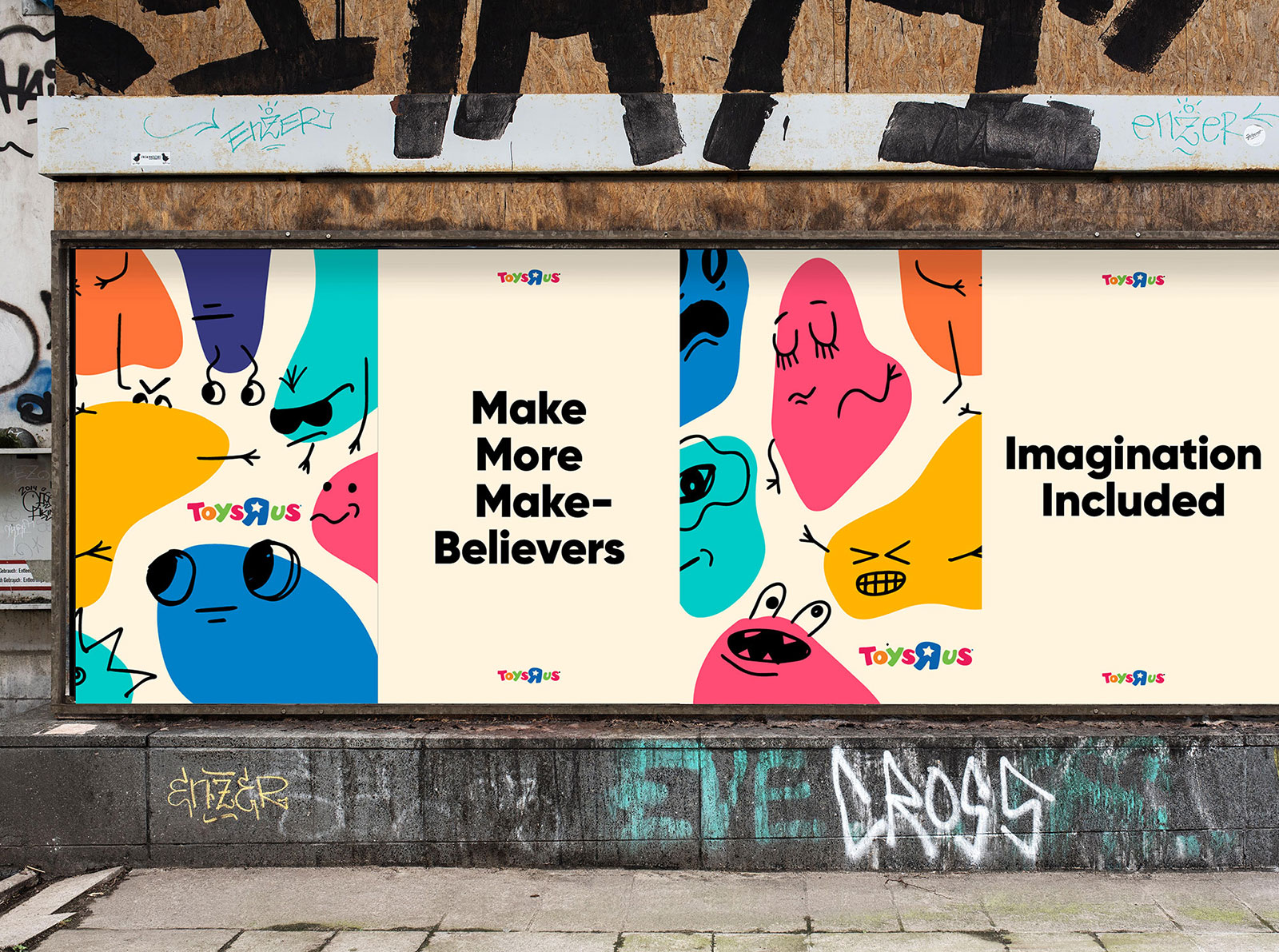 Below, the campaign's creators explain their playful approach:

Muse: Why focus on imaginary friends?

Kristy Pleckaitis, SVP, strategy, Broken Heart Love Affair: Make-believe characters are a product of children flexing their imagination. But in the last five years, we've seen these friends disappear due to to increasing screen-time and over-scheduling activities. Kids don't have many opportunities to get bored, or explore, which drives creativity. And creativity is the skill of the future. It's the key to problem solving and generating new ideas that will help us progress individually and as a society. Toys "R" Us has always been about play and encouraging the imagination of a child to run wild. It's time we give that magical gift back to our kids.

This isn't a holiday campaign per se. Yet it has a seasonal vibe, with toys often given as gifts.

Kristy Pleckaitis: Because this is the launch of a new brand platform, we didn't want the spot to reflect a single moment in time. While it doesn't have the typical themes you see this time of year, especially from toy brands, imagination and magic have always been the cornerstones of the holidays. So, it still works, it still connects, without having to lean into the tropes of the season.

What exactly is Mr. Ferguson supposed to be?

Jaimes Zentil, CCO, BHLA: Mr. Ferguson is a figment of the child's imagination and not based on any real toy. For that reason, he is more an amalgamation of different characters and animals rather than any one definable thing.

He reminds me of several media characters, though—like a Muppet, or a Wild Thing.

Jaimes Zentril: Mr. Ferguson was born out of our love for classic '80s practical, analog designs like Howard the Duck, Alf, Falkor from The Neverending Story, and all things Jim Henson. We saw a few iterations of characters before we got to one we all loved—but, boy, do we wish we could have brought them all to life.

Who created him? Looks like some animatronics were employed?

Jaimes Zentril: We enlisted Legacy Effects, an Oscar- and Emmy-nominated FX studio that specializes in practical builds for the film industry. Mr. Ferguson is a life-size costume with embedded animatronics to operate the mouth, eyes and ears to convey emotion. Having that deep appreciation for practical characters in common, we all agreed that being able to have Mr. Ferguson emote using animatronics would feel quite special on film and would bring us, and many kids of our generation who are now parents themselves, right back to those magic moments of our

Maybe Toys "R" Us should produce Mr. Fergusons to sell at the store.

Allyson Banks, director, marketing, Toys "R" Us Canada: It was something we considered. Toys "R" Us has an iconic mascot, Geoffrey the Giraffe, who will always be front and center for the brand. It was important that we mitigate any possible confusion that there could be a new mascot. Plus, we want children to use their own imagination to dream up their own imaginary friends. But never say never!