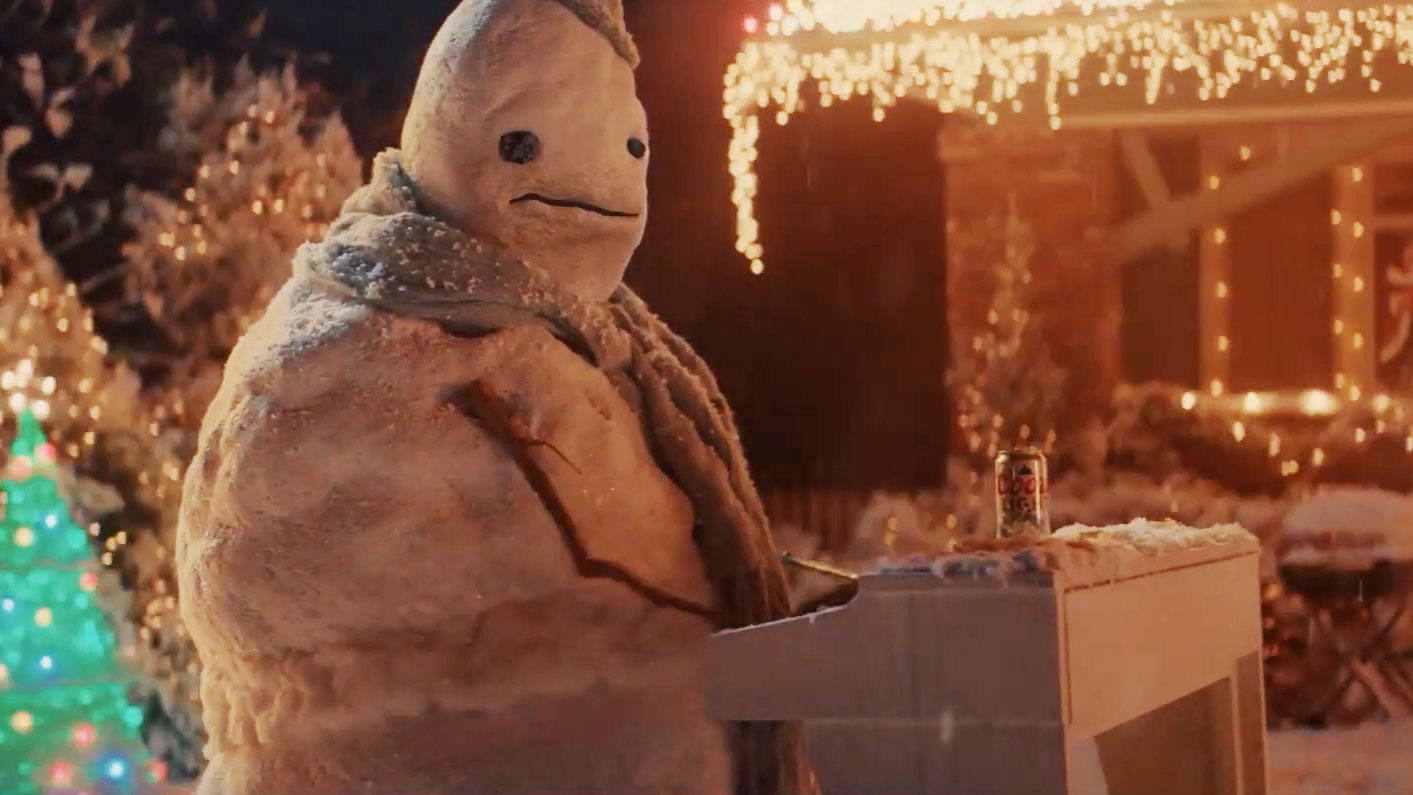 We can't rely on much this winter, but we can rely on snow to fall. (Climate change hasn't completely put a damper on that—yet.) And so, a number of brands are embracing the snowman as a reassuringly familiar theme for their holiday ads.

Our frigid friend is dubbed the "Beerman" because he happens to be a handy receptacle for chilled Coors Lights, perfect for snagging at socially-distanced outdoor gatherings. And in a new 90-second spot, after all the humans have left or gone inside, the icy bro sidles up to a piano and belts out some holiday cheer.

Except, instead of a traditional holiday classic, he decides to sing Boston's "More Than a Feeling," backed up by a groovy yeti sideman who shreds on guitar. (Luckily, the yeti is at least six feet from the Beerman at all times, lest the former's ripping solo melt the latter's face—or indeed, the rest of him too.)

"This year we need some pure holiday joy more than ever. What could be more joyful than a snowman finding his groove with the help of '80s rock icons Boston?" asks DDB Chicago executive creative director Colin Selikow. "In some ways, The Beerman represents us all. A little shabby from a hard year, and just wants to let loose this holiday season."

DDB worked on the Beerman with Legacy Effects, the practical effects developers behind Baby Yoda from The Mandalorian and Groot from Guardians of the Galaxy. Mike Warzin of Arts & Sciences handled directing chores.

Musical themes are often central to holiday advertising, of course. Seasonal standards are most common, but brands have had success going well beyond those—as in the John Lewis work (including "The Boy and the Piano" two years ago) and last year's Argos spot with the epic drum battle (set to the 1985 Simple Minds track "Don't You (Forget About Me)."

"The holidays are filled with family-focused traditions, so during a time when we could all use a moment of chill, Coors Light wanted to introduce something just for grownups" says Marcelo Pascoa, vice president of marketing for the Coors Family of Brands. "Beerman brings levity to this time of year, as he exists simply to keep your Coors Light perfectly cold and bring a smile to your face."