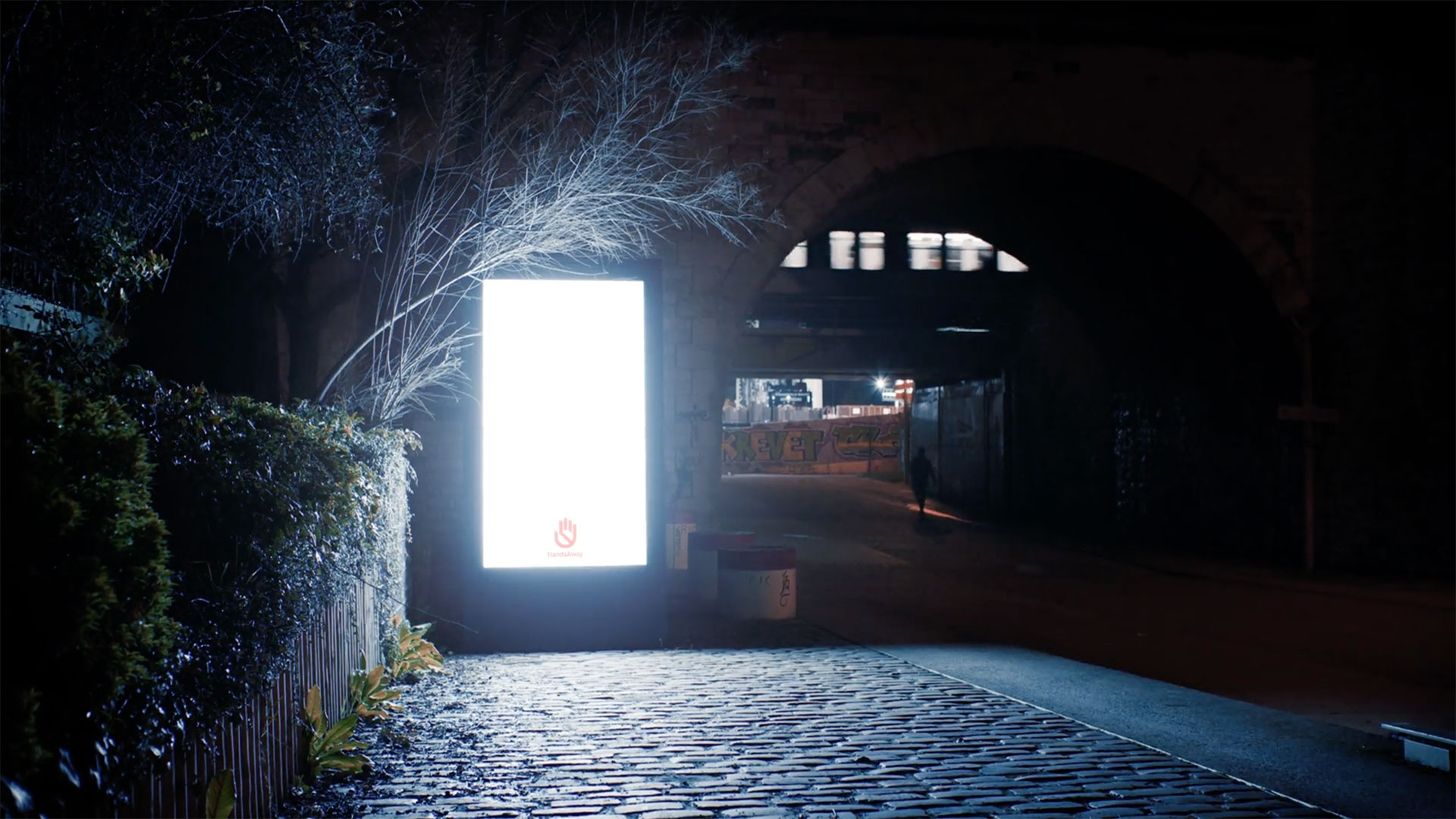 TBWA\Paris is best known to us for its epic McDonald's ads, which range from poignant to totally nuts. We sometimes forget the agency does right by its nonprofit clients, too. For the organization HandsAway, the agency produced "Fearless Night," a campaign that's less about showmanship and more about illumination.

The video tells us 26 percent of women and gender minorities often avoid going out at night alone. Cities, and the suburbs around them, look bright from a distance … but at night, on foot, pockets of darkness yawn long, inviting all kinds of sinister possibilities that most people would rather avoid thinking about.

In France, the city of Paris specifically is finally waking from a long Covid curfew. We've been locked down since last summer, when we received a short reprieve after months of more formal confinement. After a year and a half, there are restaurants and bars again. The streets are more active than usual. People are really excited about going out and getting drunk in massive numbers.

If you live in a lively area, this is mostly pleasant (if noisy).

But once you kick off the walk home, pulling away from cheerful streets, utterly alone, you immediately feel the downside of this giddy freedom: There's more raucous, drunken activity than there once was. Even people who felt fine criss-crossing the city at all hours just a couple of years before, during the Yellow Jacket protests (when no public transport was available for months), suddenly feel a lot more anxious about it.

"Fearless Night" is thus a simple execution: From 9 p.m. to 7 a.m., digital billboards in the west of Paris suddenly get 20 percent brighter, cutting beacons of light through poorly lit space. 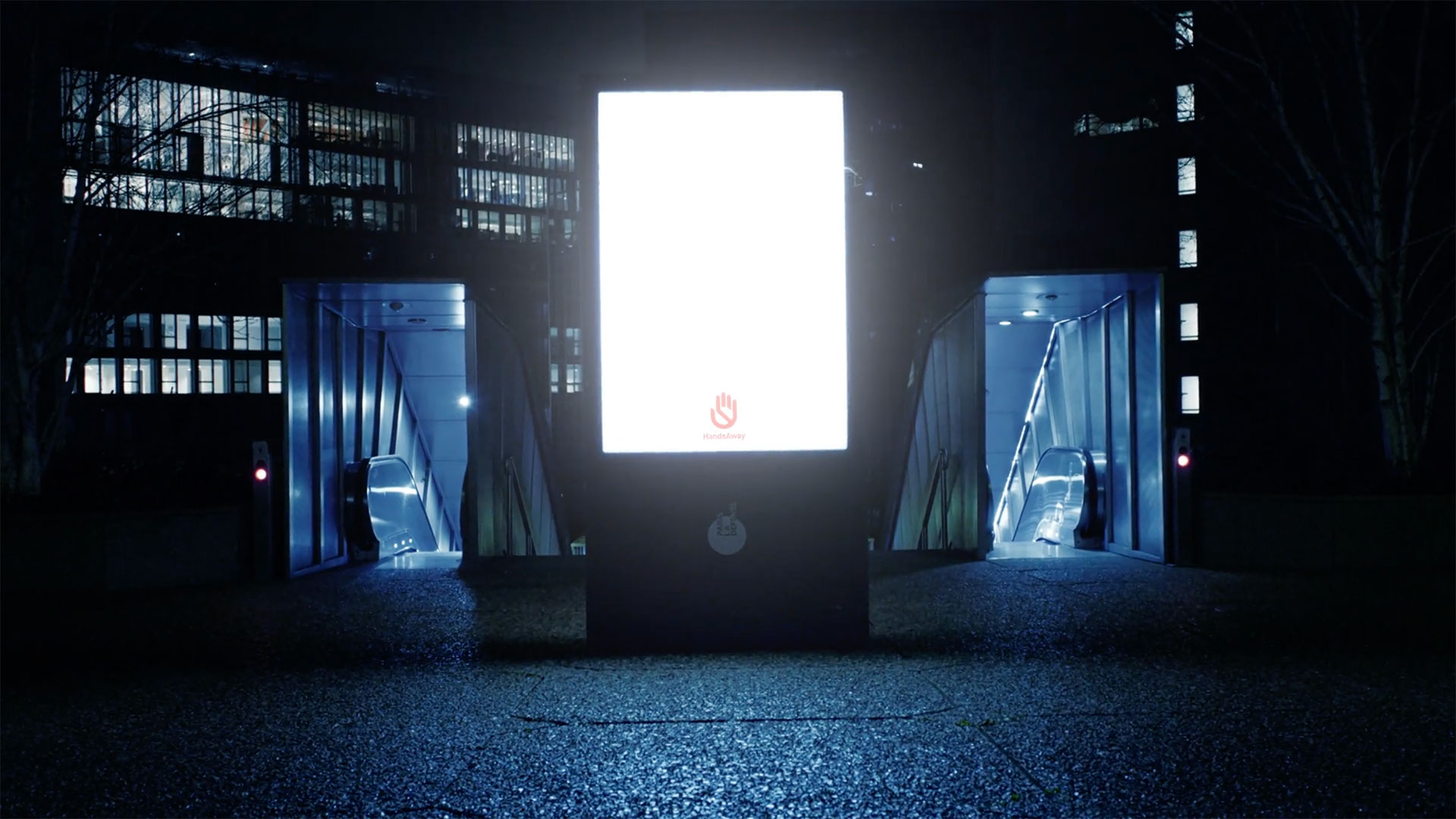 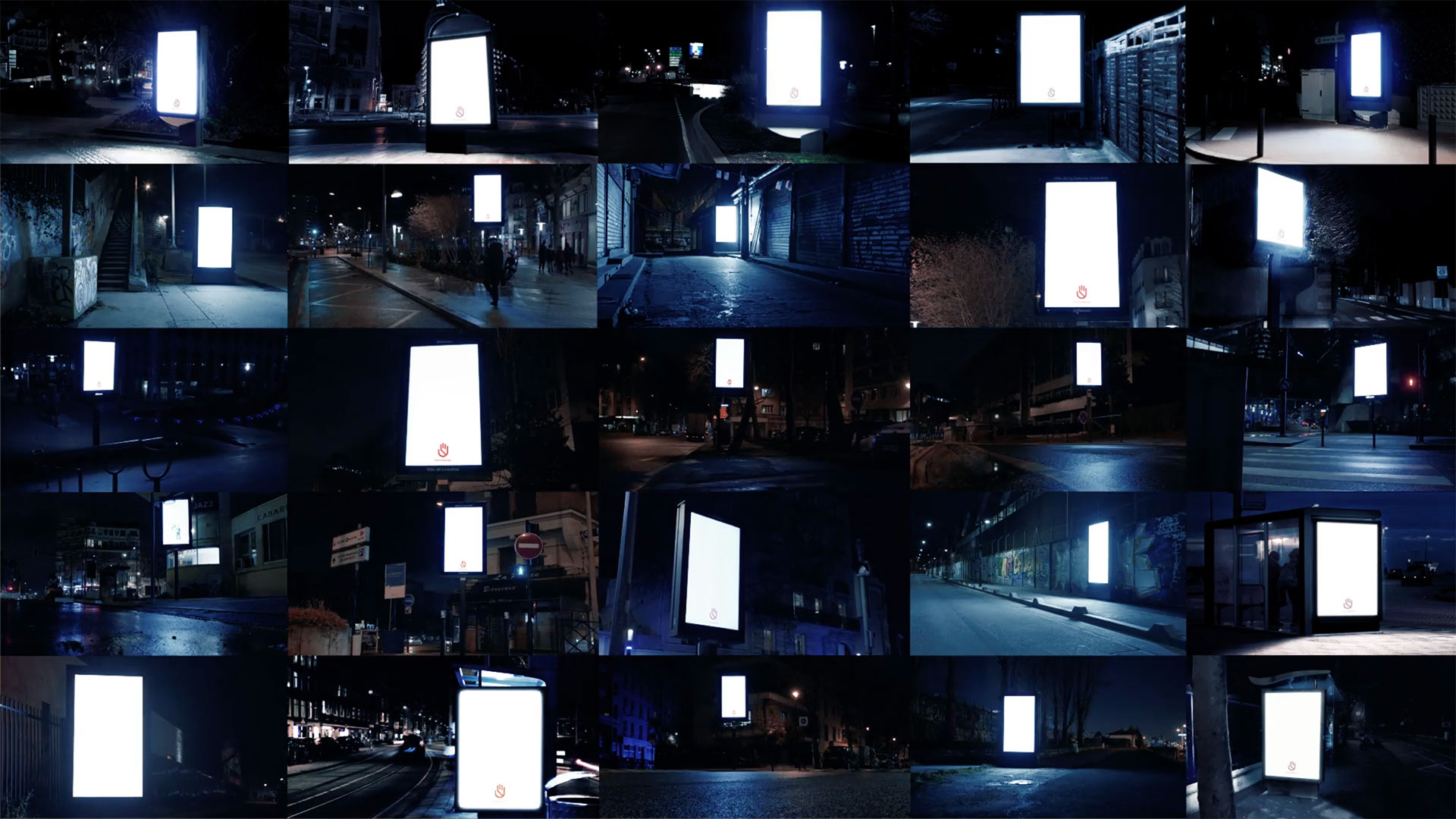 That's literally all they do. But as the video observes, "advertising billboards have never been so useful." We'd be hard-pressed to argue with that right now.

Nonprofits have to count their spending carefully. Thanks in part to TBWA\Paris, HandsAway has managed to make good use of outdoor advertising specifically. When last we looked at them, early last year, they'd launched an artful campaign on the topic of consent.