Meet the TBWA ECDs Behind the Iconic McDonald's Ads in France

Your Happy Meal toy: a painting of them, shirtless

McDonald's is the biggest fast-food chain in the world. It is alternately loved and hated, often by the same person, depending on where they are in their life. We've probably tasted everything on its menu. We know its smell, its arches by sight, the allure of its Happy Meals. For me, half the pleasure of moving to Paris was finding out a Quarter-Pounder is, indeed, called a Royale here.

This is why TBWA\Paris' consistent capacity to whet appetites for a brand we know better than our siblings remains a marvel. Since 2013, they've produced ads with almost no branding, just close-ups of food... 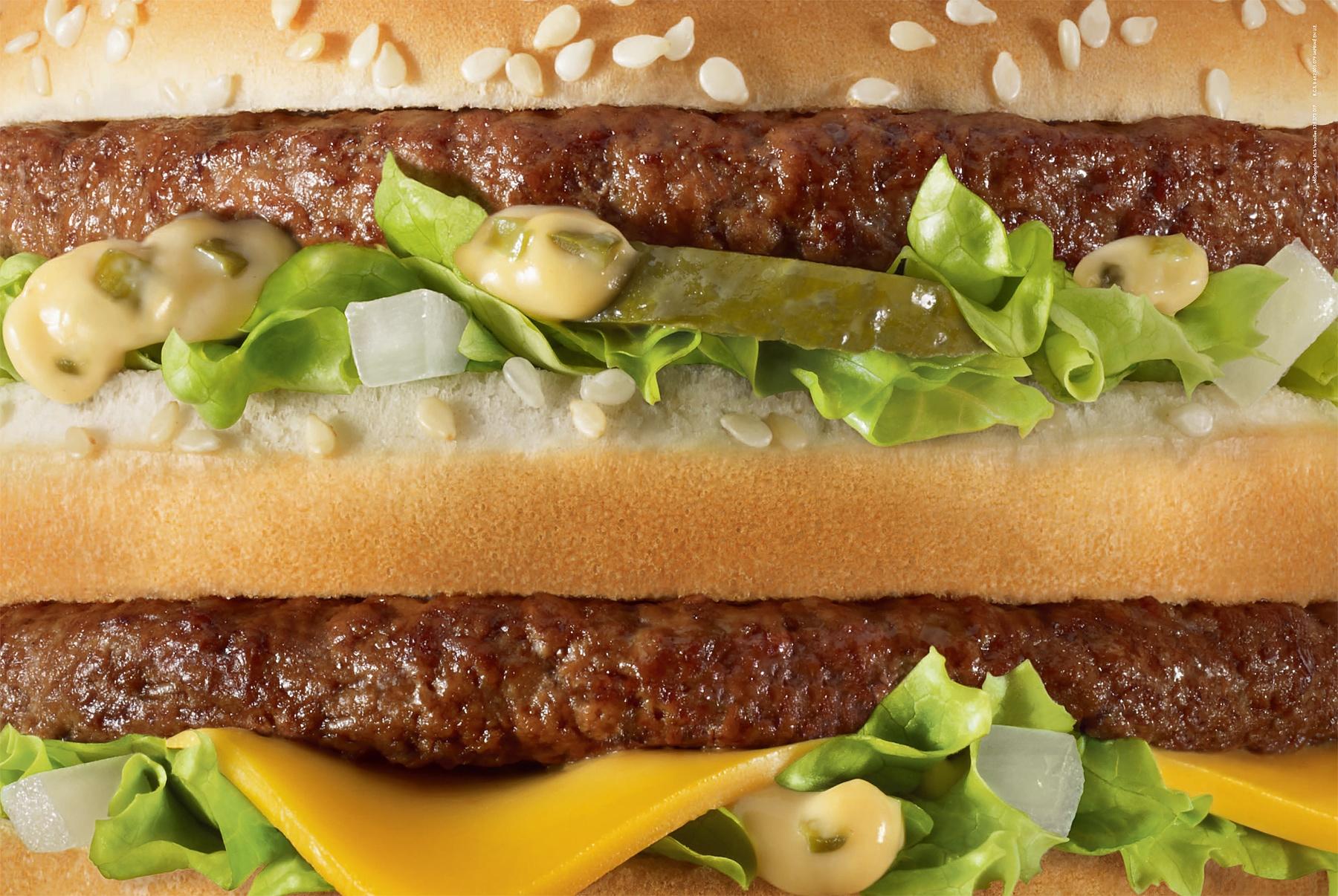 They've given us minimalist pictograms... 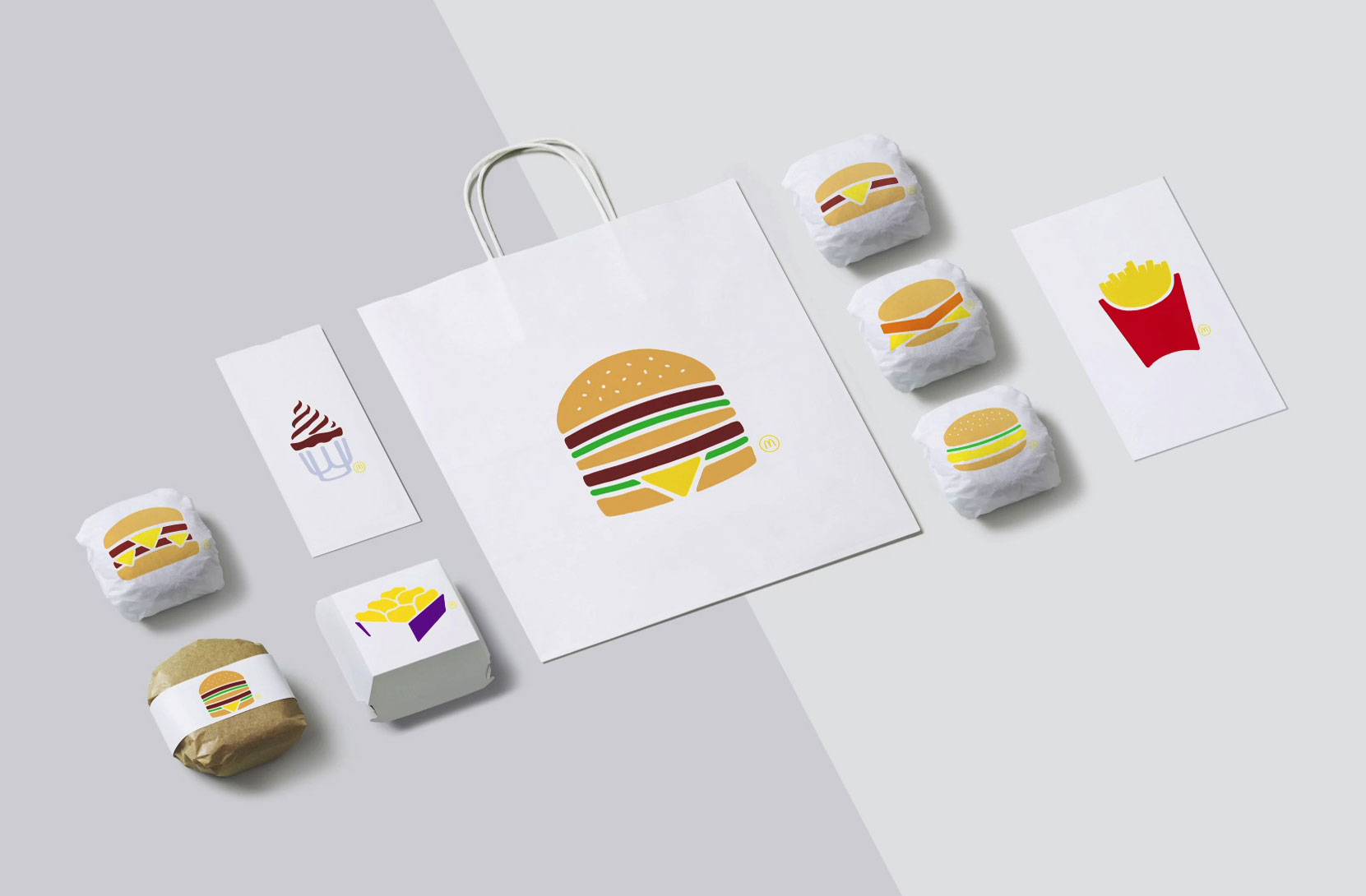 and packaging without any food at all... 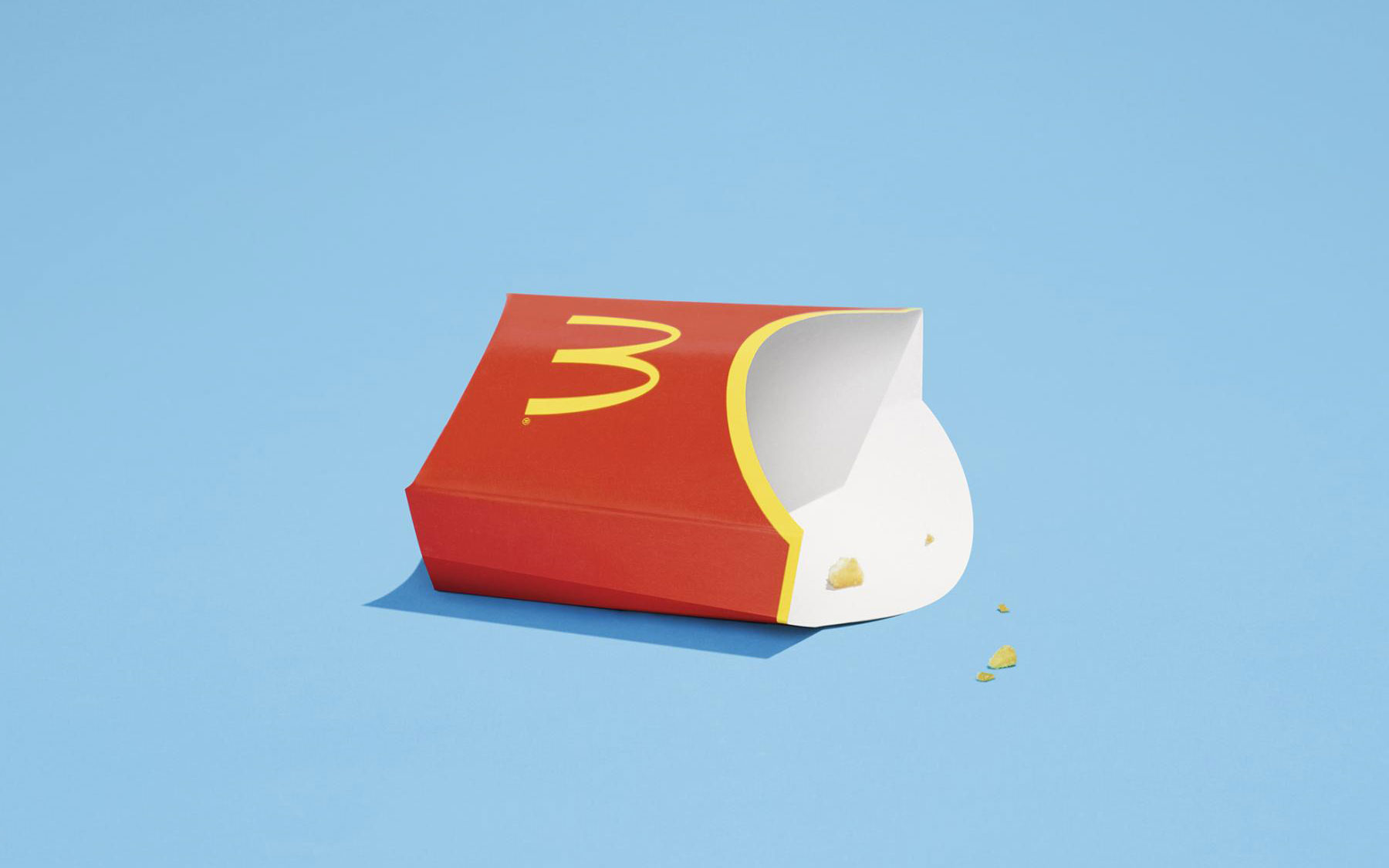 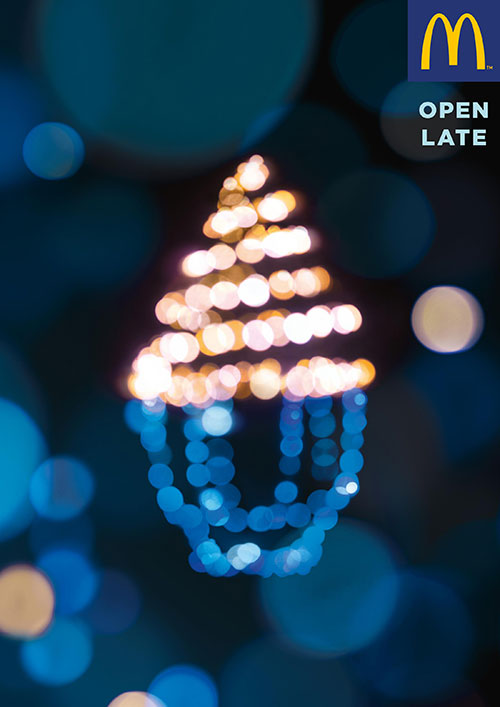 and, more recently, ads composed of nothing but damn-near-touchable rainy windows... 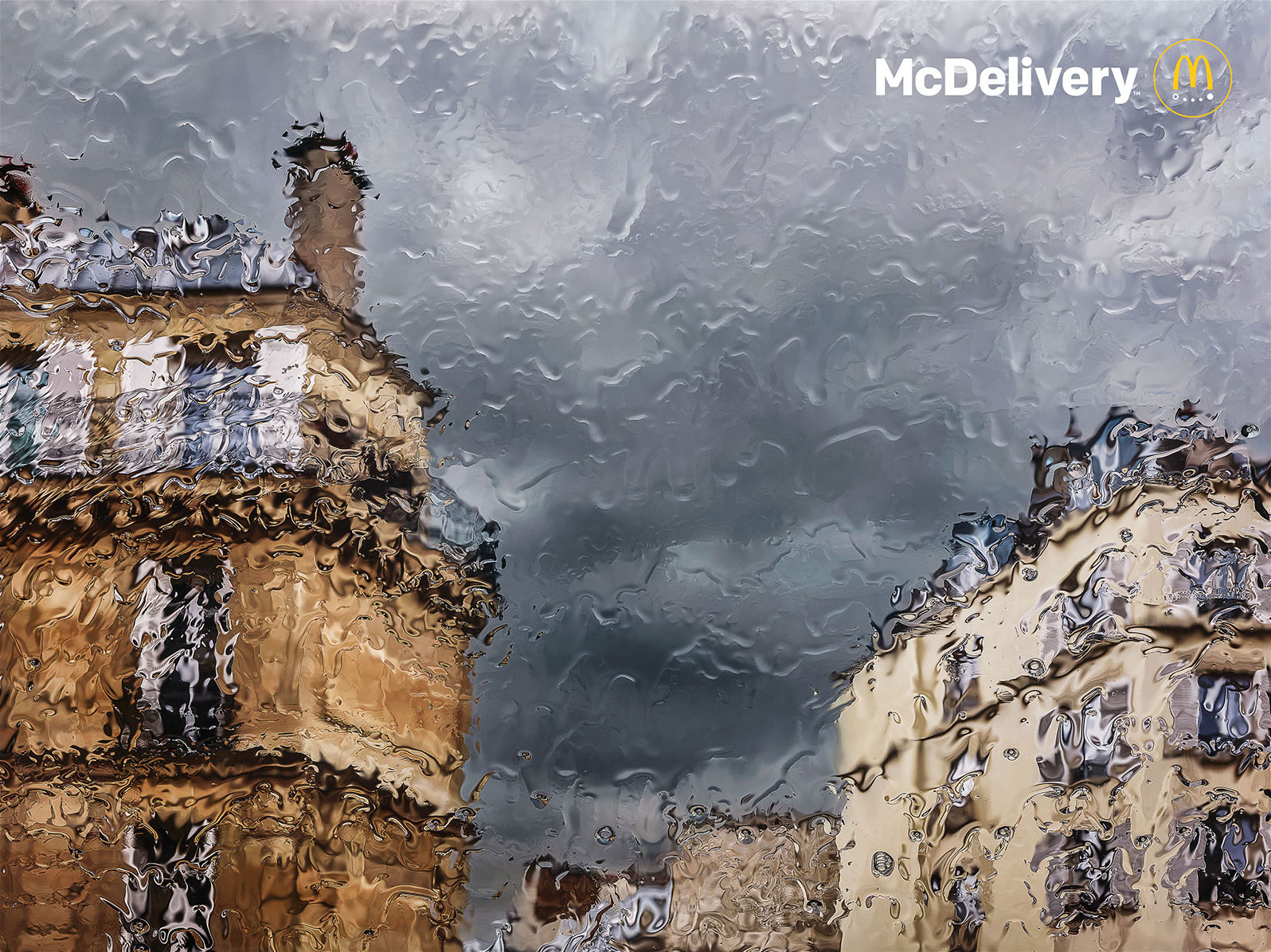 One of their latest campaigns, "A Sweet Moment," is a ticklishly gentle ASMR appeal for the Egg McMuffin. The French don't really "do" big-plate breakfasts—seriously, forget eggs—but it's hard not to feel an almost romantic affection for the McMuffin once TBWA's work here is done:

To make it an easier sell, as of March, the Egg McMuffin is now available at French McD's all, freaking, day. Which was basically all we wanted in college.

The campaign unrolls a new communications platform for the Egg McMuffin, and will be supported by TV, signage and a charming digital experience complete with hypnotic GIFs.

This week we talked over email to executive creative directors Benjamin Marchal and Faustin Claverie—the malevolent minds behind all this soothing stuff—to get a sense of who they are. We kind of expected Zen monks. They … are not.

Also, we'll be interspersing a few McMuffin campaign GIFs throughout this Q&A, for ambiance purposes.

Meanwhile, here is an artistic rendition of Benjamin and Faustin, courtesy of Neil Davies and ARTtitude: 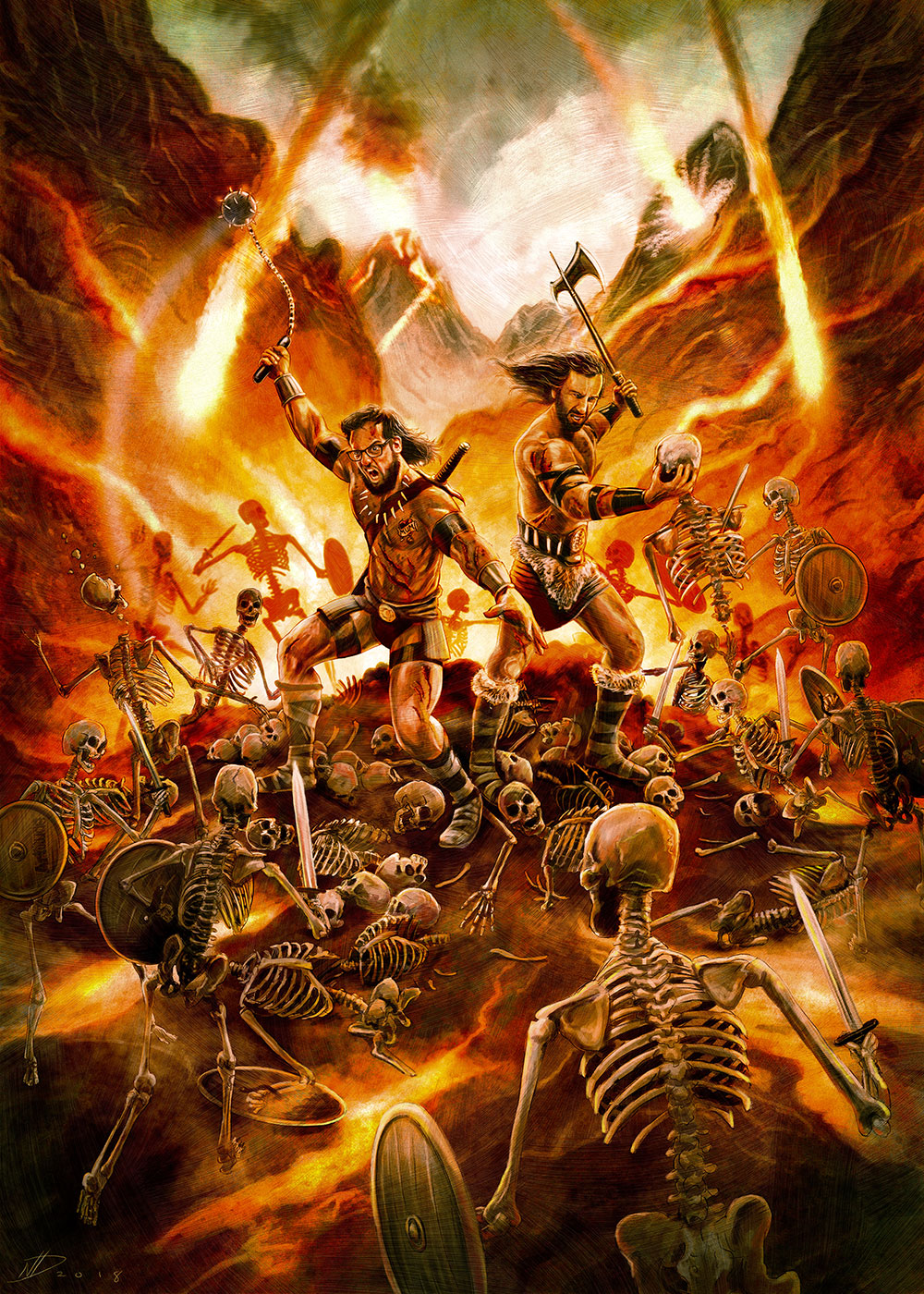 Muse: Hi, Benjamin and Faustin! Tell us a bit about yourselves, and how you joined TBWA.

Benjamin Marchal and Faustin Claverie: We've been friends for about 15 years. We met through our heavy metal band. The band was looking for a singer. The brief was "a kind of Japanese female singer." We ended up with Ben!

How long have you been working on the McDonald's account?

Ever since we joined TBWA\Paris more than three years ago. It's the agency's biggest client, and we thought it would be healthy if it's also the most creative one.

Let's get real: How often do you eat at McDonald's?

We used to eat there quite often when we were young. A bit less often nowadays, but our kids—from two different mothers, if it needed to be clarified—can't help loving it.

Tell us about the trajectory of your McDonald's work and how you arrived at the latest campaign, "A Sweet Moment."

France is McDonald's second largest market after the U.S. It's a big success, and TBWA is part of it because it's has been McDonald's agency since the beginning. As soon as we joined TBWA, we decided to raise the bar creatively on this account. In terms of business, the results were already there.

McDonald's is a wide playground because it's not only about selling burgers. Food quality, recruitment, HR, McDelivery, McDrive and a wide range of products are keeping us busy every day.

"A Sweet Moment" is about making famous a burger with an egg instead of meat inside. That's how we see this product in our country. As you may know, we don't eat eggs for breakfast, so this product is a bit odd to our refined palates.

We decided to focus on its organoleptic qualities—just quoting the planner here—which are sweetness and softness.

Why ASMR, dudes? Did we need more of that in the world?

Sweetness or softness are more and more rare in our modern society. Harshness is everywhere: Haters, trolls, terrible news and just aggressive advertising are surrounding us. We just wanted to give a bubble of sweetness to the audience across all media.

How did McDonald's respond?

Very well. Do you think we are rubbish?

It was the most boring production ever. Close-up on food, slow motion … We fell asleep so many times in the sound studio. That's the purpose of ASMR, isn't it?

To be serious one minute, the fun part was to produce very different pieces, each one particularly relevant to a media. Making a film, a stunt or 20 satisfying GIFs at the same time made us meet a lot of different people and talents.

Just because we're here, and it's raining, tell us something about the "Rain" campaign.

We are particularly proud of this one. We used a very simple and universal insight: Nobody wants to go outside when it rains. The campaign doesn't even need a line to be understood.

The main challenge was to make it look beautiful. We wanted the buildings to become colorful shapes. Each visual had to look like a piece of abstract art in our sick minds.

It took a lot of tests with our photographer, Roberto Badin, to get this result.

What can we expect from you next?

A few other campaigns you like so we can keep answering your questions!