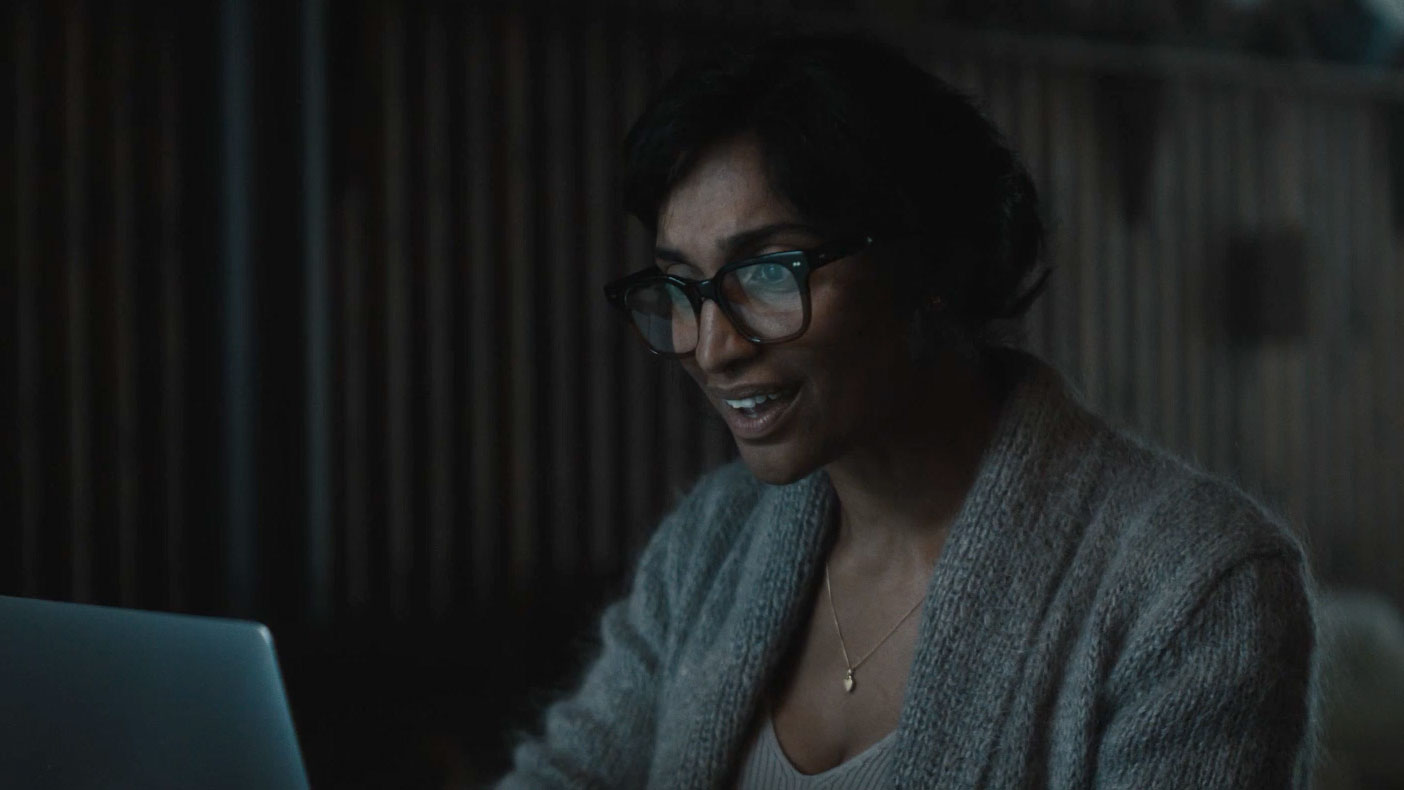 Advised that her company prefers to handle complex projects in-house, young CEO Gina bristles, putting her faith in a small team of far-flung freelancers instead. Pale hues and quick cuts establish a vibe of moody upheaval, with each character springing to life as their backstories and current circumstances unfold.

We meet a coder in Hong Kong, a U.K. designer trekking off to join his girlfriend in Italy, and a Silicon Valley engineer who recently moved to the seaside.

These three players, along with Gina, are especially well-drawn by creative agency Alto and Smuggler director Mark Molloy amid images of movement and perpetual change.

Up We Go Film I Upwork

Indeed, our subjects are always in motion. They ride in cars, take trains and climb stairs, constantly pushing forward and striving for more. The designer treks through a bustling rail station, struggling against the onrushing crowd. The engineer dives from rough rocks into crashing waves, a vivd evocation of rebirth.

This may sound like an unsubtle approach, but Molloy's expert framing and elegant sense of pace establish an impressive flow, allowing the symbolism to work on an almost subliminal level.

Ultimately, of course, it all turns out OK. The final destination—a place of success with job well done—is never in question. Still, for 180 seconds, viewers share an exhilarating quest, and perhaps imagine themselves breaking out of their own comfort zones to explore new horizons.

"We didn't want to make this about the pandemic, because ultimately the future we foretell was coming with or without it," Alto managing partner Ed Rogers tells Muse. "If anything, we were inspired by the shared sense of what's emerged as some of the pandemic fog has cleared. Family matters. Pursuing what we really want matters. This is all part of what Upwork has made possible for 20 years, but it took the world until now to really feel it."

That's a timely mission, as the gig economy expands and notions of work evolve almost daily. To meet demand and better compete against LinkedIn and Fiverr, Upwork—which posts 8,000 jobs a day, serving 5 million employers and 18 million freelancers—just launched a "Work Marketplace," an initiative designed to facilitate long-term relationships between independent workers and companies.

Alto drew on anecdotes from Upwork customers during script development, targeting both sides of the employment equation.

"For businesses, we wanted to acknowledge that while this is new and may cause some discomfort initially, when you bring the right people together, the results can be the same if not better than within a traditional structure," Rogers says.

While filming, locations around Sydney, Australia, stood in for New York, Hong Kong, Tuscany, Oregon and Manchester, U.K., with extensive drone footage "giving it scale, a sense of reality and a global feel," he says.

Shorter spots, edited from "Up We Go," effectively condense the film's themes and sharpen each individual character study. Other campaign elements, spotlighted in the two-minute clip below, include a design refresh and out-of-home placements.

Brand ID: Up We Go | Upwork

Upwork: "Up We Go" Credits