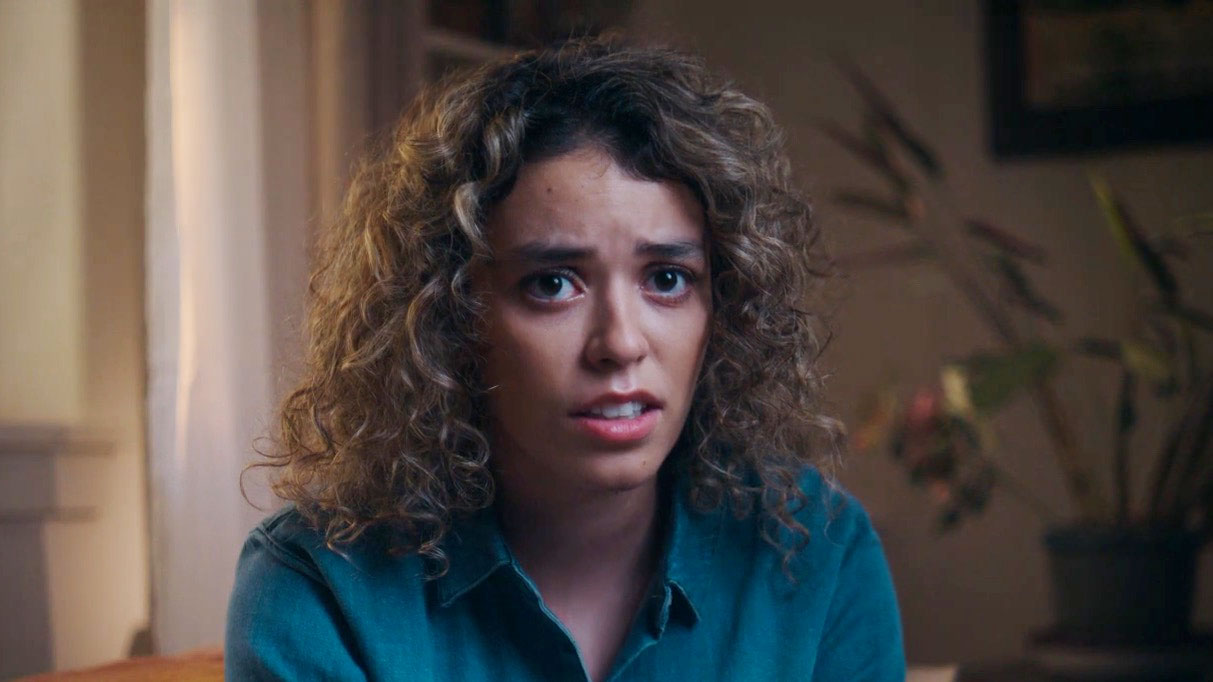 To many, the fall of Roe v. Wade and the increasing restrictions on reproductive freedom in the U.S. are nothing short of a horror story. And indeed, Planned Parenthood takes some cues from the genre of psychological horror in its newest commercial, released today and directed by Karyn Kusama—making her advertising debut through Girl Culture Films.

The 60-second spot, titled "Your Voice"—created for Planned Parenthood Votes and Planned Parenthood Action Fund—opens brightly with a mom getting ready for work, as her daughter asks if she has time to talk. But there are hints that all is not as sunny as it seems, as a news announcer on TV, which happens to be on, mentions the anti-abortion movement.

The daughter then reveals she's pregnant. As she and her mom sit down to discuss the matter, though, things take a dark turn. The talking heads on TV suddenly seem to possess the mom, as she parrots the regressive idea that a woman shouldn't get to make decisions about her body—or her future.

The tone of the new spot is quite different than "Force of Nature," the anthem spot released at the end of June that was epic in its scope—and both defiant and empowering in its message. "Your Voice" is actually several tones in one.

"We wanted it to have that kind of familiar, approachable feel at the beginning and then just use some of the most tried-and-true cinematic techniques around sound and picture to kind of warp that experience," says Kusama. "As if to say, what if our normal life is not normal right now at all? And what do we do about it?"

The dip into the horror genre is nothing new for Kusama. Among many other lauded projects in film and TV, she directed the horror film The Invitation, released in 2015. We spoke with the director on Monday all about the Planned Parenthood spot—how the job came about, what it was like working in commercials for the first time, and what she hopes the new spot will achieve as we head toward the midterm elections.

Muse: How did you get involved in this project?

Karyn Kusama: Girl Culture Films contacted me and said that they were putting their name in the ring for this spot, and would I be interested? And honestly, it was one of those things where I just instantly said yes. It is, in fact, a very important issue to me. So it just felt like a natural fit to have this be the first [commercial] experience.

You play with a few different tones in the spot. What was your vision in how to balance that?

I think it was twofold. On the one hand, we wanted to make something that felt very much in the familiar language of an advocacy spot, a political spot, but also commercial filmmaking and just the language of commercials. We were, I hope, able to communicate that sense of a through-the-looking-glass vibe. So it was that combination of adhering to some of the more familiar looks and feels of commercials, and that language visually and sonically, and then having that merge, at some point, with strategies that felt a little bit more genre-influenced, like psychological horror.

Many people would say the recent political developments around reproductive health have certainly been horrific.

Absolutely. And I think that's a big part of what is on everybody's minds, not just at Planned Parenthood, but so many of the men and women in my life. We talk a lot about the fact that at this moment, right now in America, one in three women are going to seek an abortion and not be able to get one, or have to travel across many states to get one. And that's just now. If the midterm elections don't go well, or eventually our 2024 elections, if we are looking at a federal nationwide abortion ban. That's really catastrophic, in my opinion, for this country and for what it purports to represent to the rest of the world.

Who are you trying to reach with this work? More traditionally conservative voters?

Yes, I think so. We're definitely making an effort to speak to the voters in swing states, particularly, who may overall vote fairly down the line when it comes to their issues, mostly Republican, even. But in my opinion, this isn't a Republican or a Democratic issue. It shouldn't have to be so manipulated and polarized. As we were prepping this piece, the Kansas referendum happened, and we really did see there is tremendous energy, even among conservatives and Republicans, to retain the right to choose for women and girls across America. I do think it is one of those issues that actually gets to the core of something about who we feel we are as a people, and what we believe in. And it does seem to cross some party lines. And so we're just trying to speak to those folks because I think this shouldn't be something we disagree on because of whether or not we're a registered Democrat or Republican.

How much do you think advertising like this can influence an election?

I go back and forth about this because, to be really honest, I don't actually consume a lot of media at the moment. I'm not on social media, and I watch pretty limited amounts of television. And so it's a really interesting question. But when I looked at the ads in Kansas, and I looked at the conversations that were built through a coordinated series of campaigns, what I saw was that if you distill an issue like this to something fundamental, which is about freedom and autonomy—of not just one's body but one's future, one's destiny—I think that hits people pretty hard. I think it actually speaks to a lot more people than we realize.

What was so wonderful was just getting to cast it like any other story. Just in this case, it was a 60-second story. Finding this mother-daughter pair, it was kind of great because we got to work with a bunch of actors, put them in Zoom rooms, working together—that's honestly what I look for creatively in the process is what actors can bring to their characters, to the story they're trying to tell. And it's just always nice when you find those faces that just communicate warmth, or who seem to have some kind of kinship energetically or psychologically. I feel like that's such a great place to start the process. And then I was really lucky to work with a production designer, a cinematographer, a costume designer, all of whom I've wanted to work with or have already worked with in the past. It was a nice way to reunite creatively with people for this day of work.

It's been interesting to see quite a few provocative creative strategies around the issue of reproductive rights lately.

I wonder if part of it is, maybe there's something about a dry message that doesn't work anymore. The strategies of horror movies speak very deeply to many viewers who love to go to the movies, and I think it probably speaks even to those undecided voters out there who don't know where they stand on this issue. And maybe these creative strategies are part of helping an audience sort of embody the experience of what it means to be told, "No, you don't get a choice. No, you don't have autonomy over your destiny." So, I don't know. I'm hopeful that that is going to maybe pay off for us.