Inside the Tragicomic Abortion Ad Now Going Viral in Texas

Chelsea Aldrich on making 'Whose Choice' for Mothers Against Greg Abbott 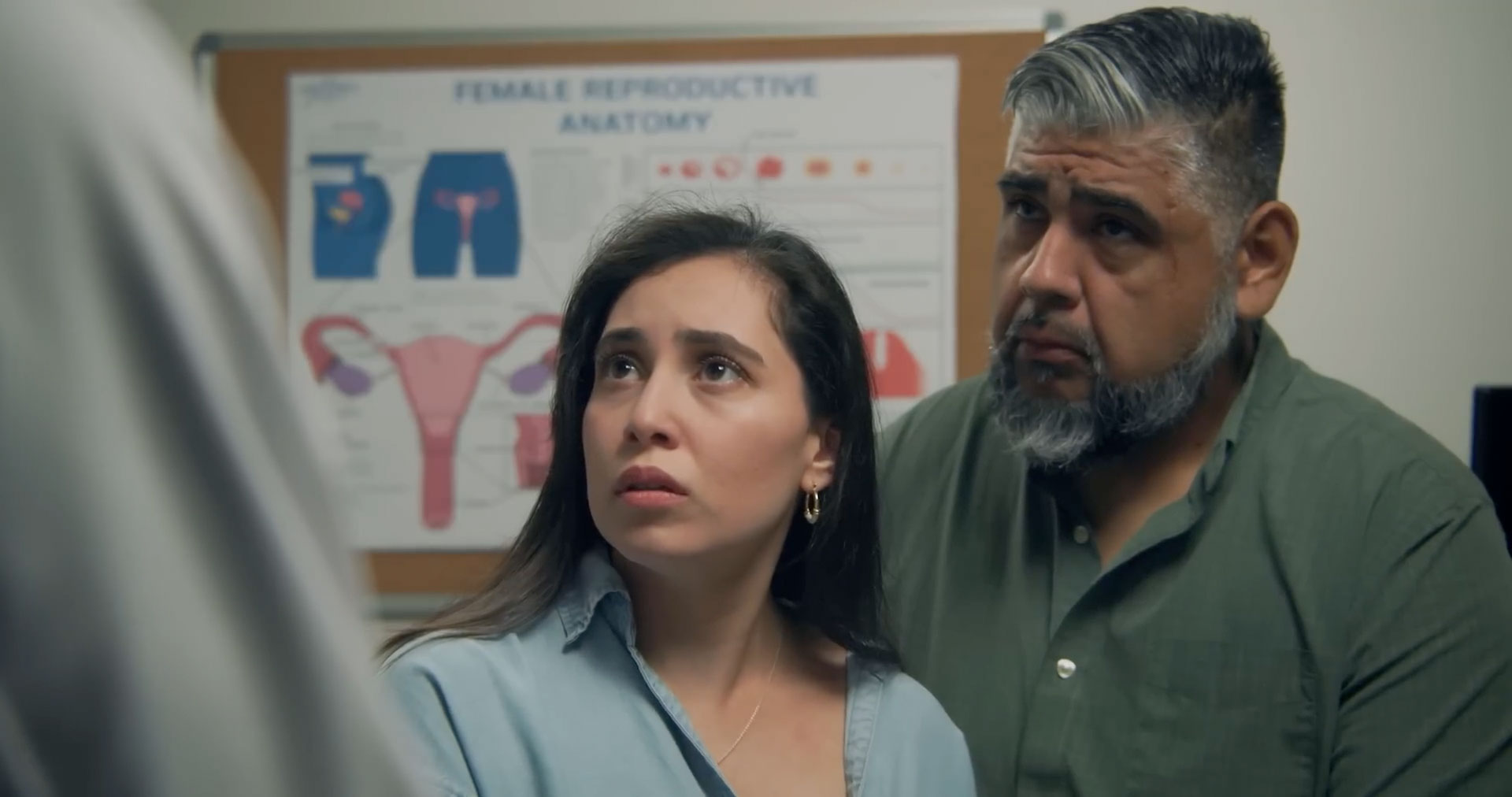 Some of the year's most compelling political advertising to date is coming from the Austin home of a Texas mother of three—and a group of filmmakers she's recruited to make ads urging Texans to vote their governor, Greg Abbott, out of office.

Nancy Thompson's crusade began a year ago with a one-woman protest against Abbott's new lax Covid rules for the 2021-22 school year. She arrived solo at the Texas Capitol, holding a sign that read, "Mothers Against Greg Abbott"—a new twist on the infamous "MAGA" acronym.

In the months since, Mothers Against Greg Abbott has become a full-fledged political action committee that's quickly become known for its breakthrough advertising. The most recent example is the spot below, called "Whose Choice," released this week—criticizing Abbott's anti-abortion policies.

Written and directed by Chelsea Aldrich, a Houston filmmaker, the spot is notable for its wild swings in tone, from serious to comic and back again.

The ad went viral on Twitter, with almost 7 million views as of this writing. This followed a previous spot, "Nothing Changes," directed by Michelle Mower, which also went viral with more than 3 million views.

We spoke with Aldrich—who had never made an ad before working with Mothers Against Greg Abbott—on Thursday morning. We talked about how "Whose Choice" came together, why comedy can work even when a topic is no laughing matter, and whether advertising really could swing the gubernatorial election in November. Our conversation has been lightly edited for length.

Muse: It must have been great to see 'Whose Choice' go viral this week.

How did you get involved with Mothers Against Greg Abbott?

Michelle Mower got a group of Houston filmmakers together to do some political ads. She got in contact with Nancy, who started Mothers Against Greg Abbott, and so they teamed up. I did the first ad, called "Breaking Bread." It was about neighbors and friends who have been broken up due to politics coming back together and finding common ground. Michelle's ad ["Nothing Changes"] was kind of an introduction to who Mothers Against Greg Abbott are. And then this one ["Whose Choice"] had been written for a while, and the timing of it was good after that other viral ad took off.

Had you make ads before?

No, just short films. I've never done any commercial work or ads or anything like that.

Was that an adjustment for you?

Can you talk about the tone of the spot? People are certainly not expecting the comic part when it happens.

I think when you take people on an emotional journey, it creates a more visceral reaction, and that's what we wanted to do. We wanted it to make people angry—and hopefully that is directed towards the Texas GOP—but when you take someone from feeling empathy and deep emotion, and then have them laugh, and then take them right back into that real moment, it's powerful, it's effective, I think, in getting the message across. I think most people got that.

Some people, either disingenuously or genuinely, thought we were making light of the situation, which we were absolutely not doing. We could not be more serious about the topic. We just wanted to use humor as a tool to show what a farce it is, the way the Texas GOP is treating women. That's the joke. That's the farce. But the situation we take very seriously, and hopefully people see that and can relate, and understand that, no, regardless of my personal feelings, my personal choice, I don't think it should be Greg's choice. It should be the mom and her husband together discussing it with her doctor. That's the goal, and hopefully that came through.

A lot rests on the doctor's performance. How did you direct him?

It was tricky, and I wasn't 100 percent sure throughout it because there's so many different ways to play it. My view was that the doctor is essentially useless. Yes, he's empathetic in the beginning, and then it kind of flips a switch and I wanted it to totally shift genres for a minute—you feel like you're watching Grey's Anatomy one minute, and all of a sudden you're watching Scrubs. And it's like, "What the heck is happening?" The doctor, to me, he may as well not even be there. What is the point of him being there? It's that bumbling, "Well, I don't know. I can't really do anything here."

And that's not to say we think that's how doctors feel. It's more showing that when you put politics into these really serious medical decisions, you handicap them, and they can't do much for you. Which is playing out in real life right now.

How do you see the role of advertising overall in changing minds during this election?

We wouldn't be doing this if we didn't think we could actually effect change. Whether or not it changes the outcome of this election, hopefully we are chipping away at the GOP's hold on the state. And the thing is, most of these issues are not that controversial. When you actually look at what we're saying, it's not that controversial of a stance. The majority of Texans would agree with it. So we're just trying to reframe it, especially for moms, women who maybe don't pay attention to politics, who aren't reading the Washington Post every day, who aren't staying up to date on what's going on, to tell stories in a quick, succinct way where the message gets through.

Many women don't have time to be invested in politics. And the information they get is through the conservative right-wing filter. That is their view of what the other side believes and what they want. And it's not true. So, through filmmaking and storytelling, if we can get our message across, what we stand for, that we're not that different, we're not that extreme, we want the same things—a happy and healthy family, good jobs, a good economy—if we can get back to that, we'll be in a better place overall. It's just a matter of getting us all together with one voice and saying, "Enough is enough."

See the "Breaking Bread" and "Nothing Changes" spots below.