Parenting Gets Real in Frida Baby's Poop- and Snot-Smeared Ads 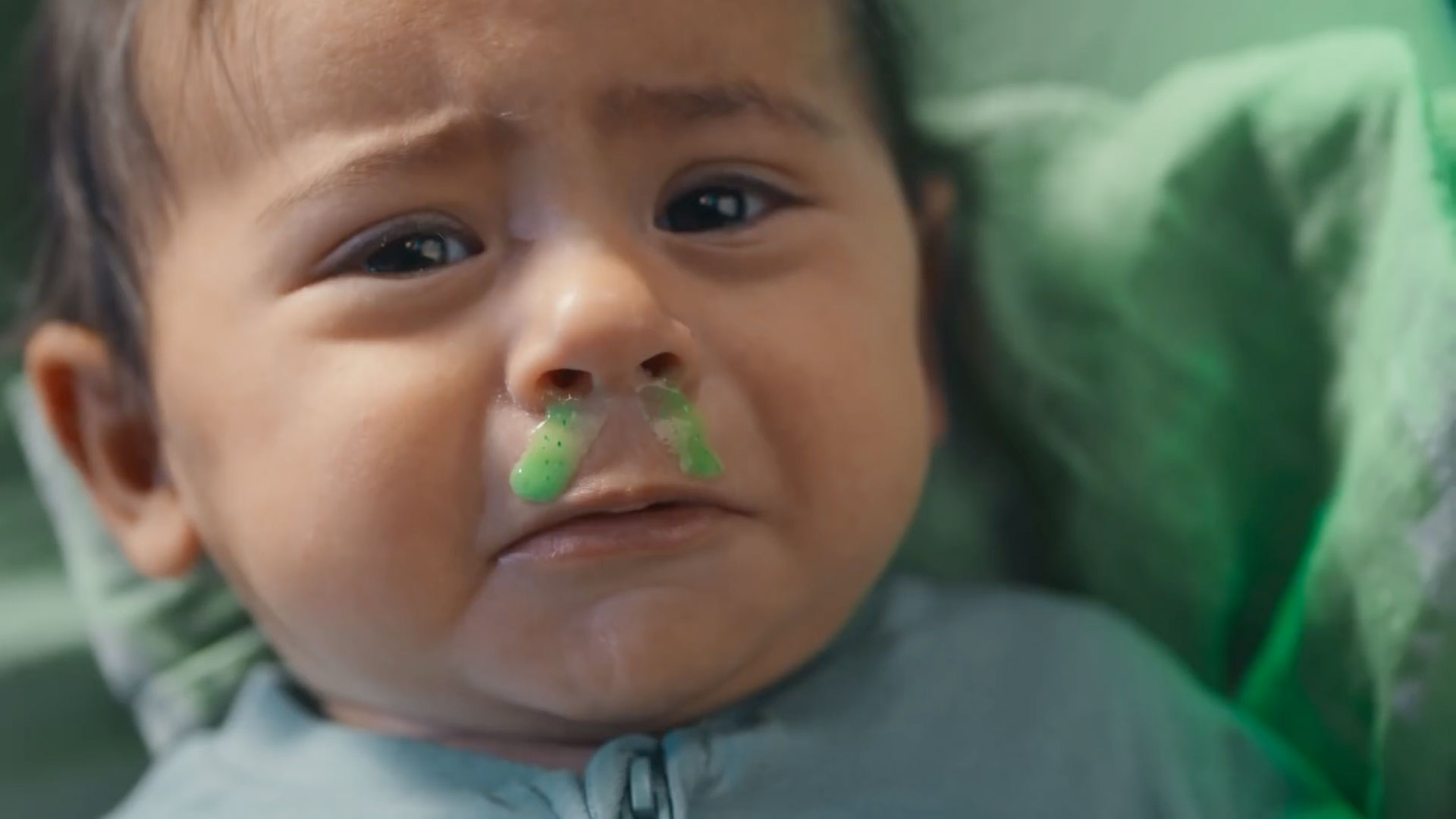 Which of these parenting chores is more adorable: sucking snot out of a newborn's clogged nostrils, or siphoning gas and feces from an infant's stinky bottom?

Both play into funny-yucky spots from agency World Famous for Frida Baby. Amy Schumer reads the copy, which is based on real reviews of the company's products, such as the NoseFrida SnotSucker...

What? That :30 featured flatulence, but no poop, as promised in the headline? Well, brace yourself for the extended cut below. It's da shit!

"Frida's goal is accurate and authentic depictions of parenthood," company president Eric Hirschhorn tells Muse. "We have a track record for doing so on Frida Mom, where one of the brand's commercials was famously rejected from airing on TV for being too graphic about postpartum recovery."

More recently, Frida made headlines as the first to show lactation on TV in a commercial about the challenges of breastfeeding.

"Honest storytelling is part of the company's DNA, and these commercials from Frida Baby are the latest installment of that philosophy," Hirschhorn says. "The reviews are an unfiltered account of the problems parents face, so the exercise was to bring those real experiences to life in the creative."

Of late, several advertisers have used consumer posts and social feedback to inform campaigns. Frida, however, made the first spots to showcase mega-boogers and sharting. Your move, Old Navy!