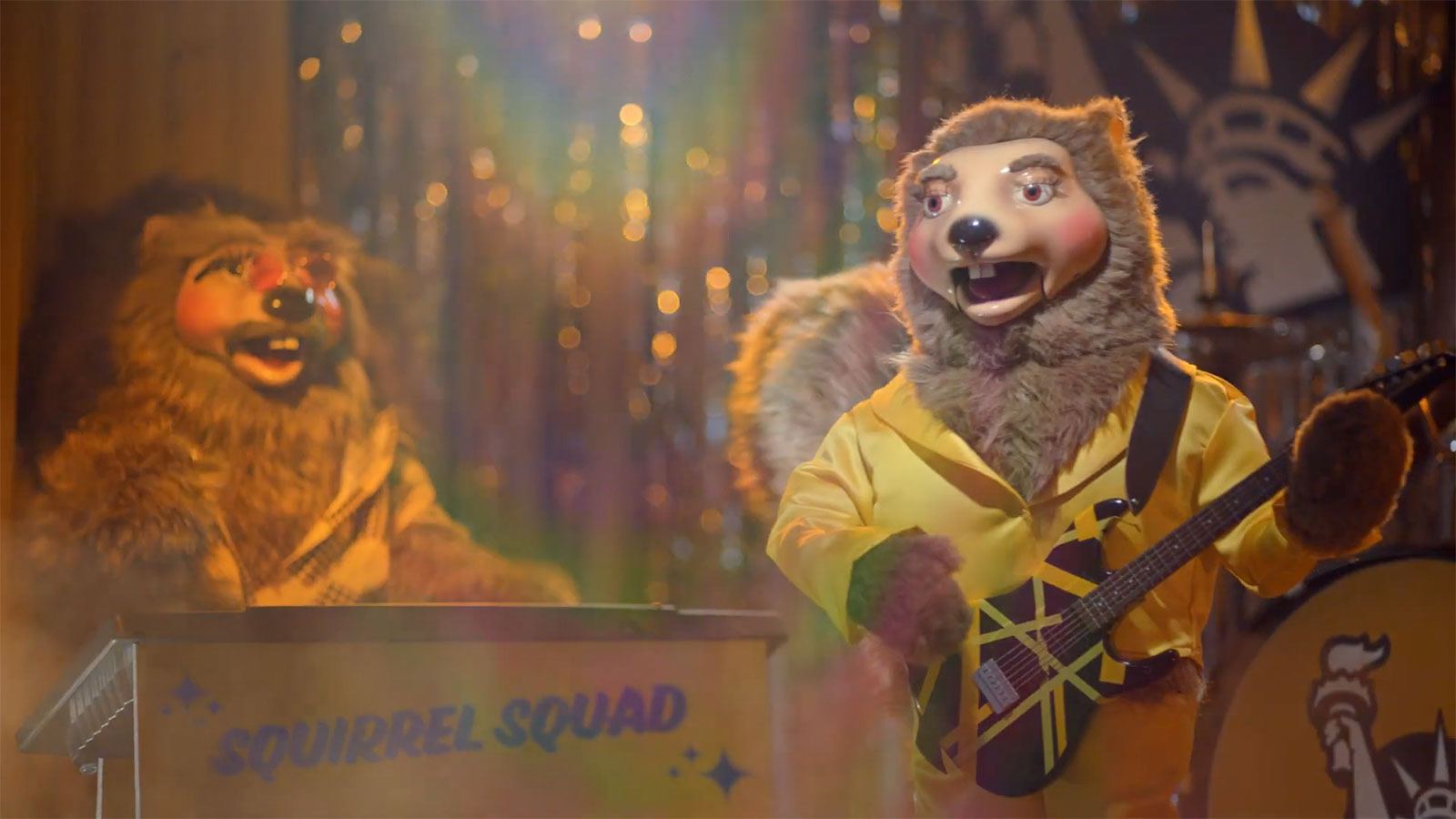 "There are so many common techniques used during every commercial break that are scientifically proven to work. This campaign allows us to interpret them in the most ridiculous way possible," agency co-executive creative director David Suarez tells Muse.

First, we meet a bunch of twentysomethings at an obnoxiously over-branded pool party. They wield devices ablaze with LiMu logos while frolicking to a jaunty jingle that extols "Young people!" "Good Times!" and "Insurance!"

"This idea clearly came from folks that grew up in the '90s, when a product could transform any situation into the best time ever," Suarez says. "It's like a vintage Sunny D ad and a vintage Mentos ad had a baby. Musically, we just wanted to reenforce the idea that young people in ads help you remember insurance, so the lyrics didn't stray too far from that."

Beats play an even bigger role in the next installment, as animatronic squirrels living inside the walls of a suburban manse deliver a devastating earworm:

"Catchy music is probably one of the more well-trodden tools advertisers use, so we really needed to make it extra catchy to stand out," explains Danny Gonzalez, also a GS&P ECD. "We had the band of squirrels custom made!"

"The actors' performances were really great," says Suarez. "I felt bad that before every take they had to remember the death of their childhood dog to get their eyes watery."

Still, the moisture unleashed above can't compare to the deluge of the final commercial, which showers a young couple with romance:

"The water wasn't heated, so the actors were definitely cold," Gonzalez says. "But nothing warms someone up quite like a steamy smooch, so I don't think they minded too much."

In each outing the comedy works—even if you're not an ad nerd—with sharp scripts and director Tim Godsall (of Halo Top and Ikea fame) providing the perfect mix of laughs and deliberately ham-fisted home-insurance branding.

"We're actually embracing the techniques advertisers use and openly acknowledging them," says Suarez.

"This campaign is celebrating the art form of all of those weird little films we make people watch every day."