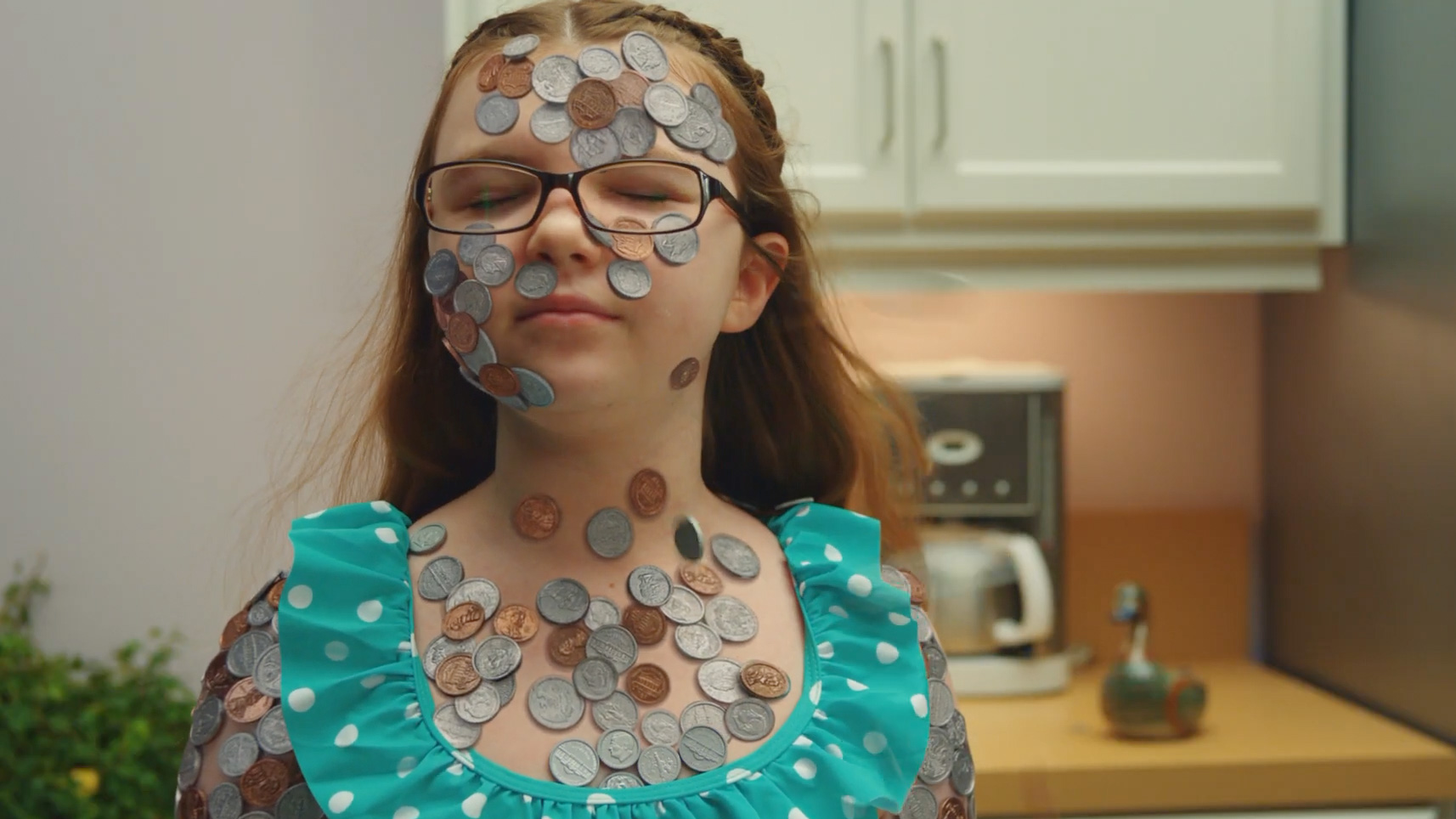 For those seeking brandtastic self-awareness carried to silly extremes, this new campaign from Ibotta really pays off.

Below, Mom starts dinner with a salute: "Here's to Ibotta, for giving us cash back on the items we already buy, at the stores we already shop at!" Banknotes and coins spew from food containers and a cuckoo clock, illustrating the motto, "There's cash back in everything you buy."

There's Cash Back in Everything You Buy - Dinner

"We're a fake TV family made up to illustrate the extreme monetary value of using Ibotta!" Dad proclaims. They freely embrace their commercial existence, chatting about "visual metaphors" and urging viewers to sign up with the brand.

So, let's kick back as legal tender shoots from shirts, sofas, headphones, a fire extinguisher and more:

We're rocking an old-school Skittles vibe here—not surprisingly, as Callen founder and CCO Craig Allen had a hand in those ground-breaking campaigns at TBWA\Chiat\Day. And Johansson directed that campaign's first round of ads way back in 2004.

Yet Ibotta takes the template in a fresh direction, gleefully smashing the fourth wall in work that almost feels like a parody of ad parodies (and an homage of sorts to beloved spots of yore).

"Writing self-aware ads is something I've done most of my career," Allen tells Muse. "It's always best when people can be along for the ride. When they're part of the joke. When you have money shooting out of every crevice of a house, it's hard not to be aware of what's going on" and have to acknowledge the sales pitch on screen.

"The idea that you'd leave free money behind when it's offered to you is absurd," Allen says. "Any reasonable person, offered cash for buying something they already intended to buy, would take that money. When you have an offer that powerful and simple, it seemed best to go straight at the thing. So we doubled down on both the ridiculousness and reality of what we were saying."

To deliver the visual goods, the team used practical effects wherever possible. Alas, not every gag worked according to plan.

"Originally, the dad in 'Dinner' cut into a turkey and cash spilled out," Callen recalls. "It was great in theory. But in execution, it always looked like the turkey was pooping out money. So, we cut that joke. I felt for the poor crew members who had to sweep a bajillion coins off the floor after every take."

Ibotta joins a recent trend of marketers who spoof advertising in one way or another. Examples include Expedia's commercials with Ewan McGregor, the Kraft/Netflix team-up featuring Ryan Reynolds, and Postmates' satire about folks who can't concentrate because they're so damn hungry.