DIY Chain Flips a House, Quite Literally, in This Eye-Popping Ad 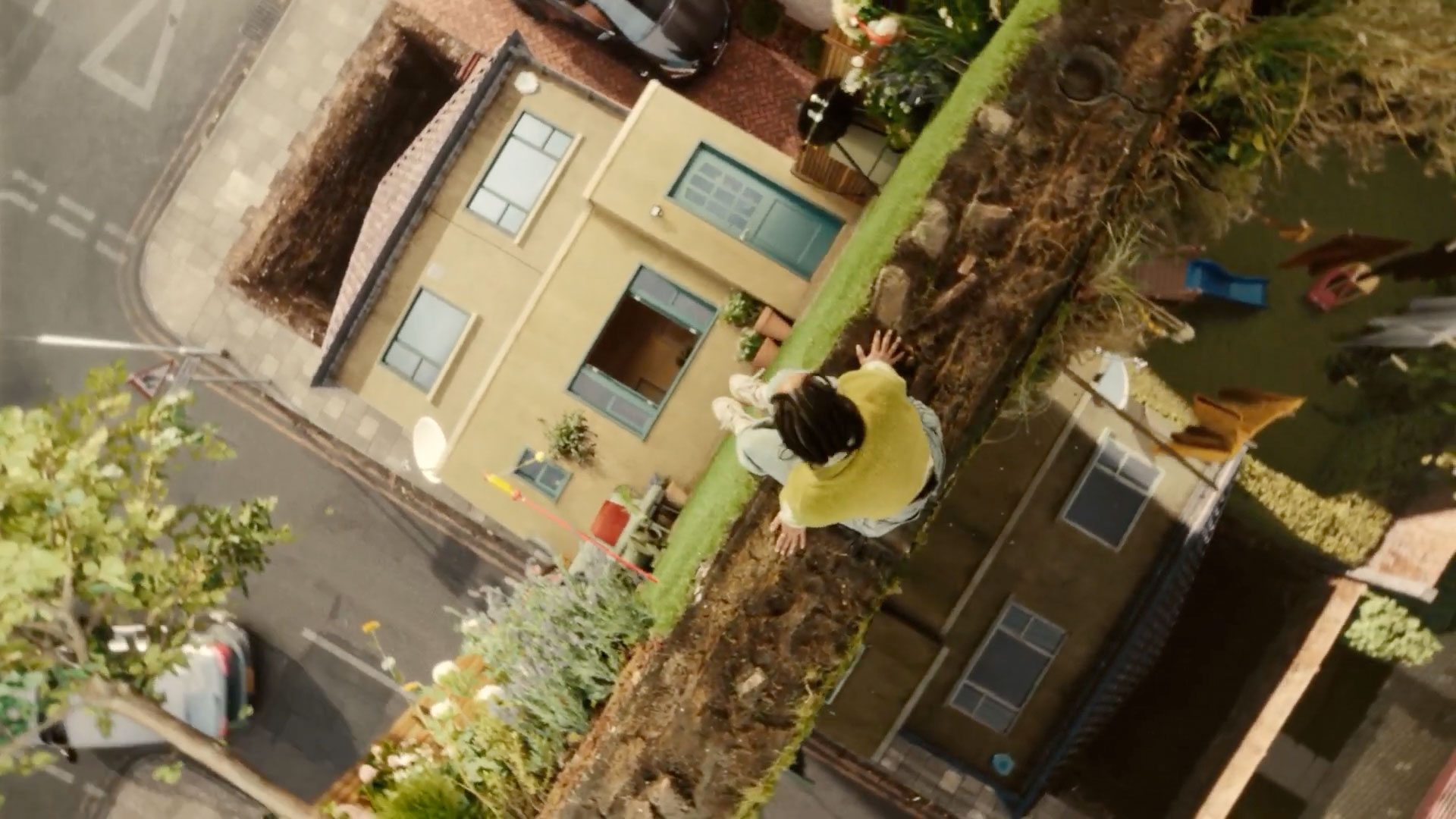 When change rocks your life, roll with it. And remember: B&Q's there to help with your DIY needs.

Uncommon's dazzling short film for the British home-improvement chain opens quietly enough, as a young woman mulls the positive results of a pregnancy test. Once she joins her partner and their young son in the next room, however, all hell starts breaking loose.

Their house begins rotating like an enormous centrifuge. Books topple from shelves and artworks slide down walls. Knickknacks, furniture, food and tableware fly around madly, as the family struggles for balance amid the chaos. At one point, our heroine exits through a window into her garden—but the scene keeps spinning out of control.

This isn't CGI. Uncommon built a 24-ton, six-story house—twice the size of Kubrick's rotating spaceship in 2001: a Space Odyssey—and the agency swears they shot almost the entire production in-camera:

Sure, it has a happy ending. But forget DIY. After that turbulence, it might be time to find a new house!

Kidding aside, that's some dynamic stuff from director Oscar Hudson, who employed trampolines to startling effect in his lauded 2019 "Bounce" commercial for Apple AirPods. And London-based Uncommon has become renowned for exhilarating work, ranging from Method's soap-suds invasion to ITV's tres-cheeky "Drama vs. Reality" series.

The team initially presented client execs with two ideas: the spinning house, and a far simpler fall-back concept. "I thought, let's do the fun one—that looks way better!" Hudson recalls. "It seemed ridiculous. But ridiculous is good. Ridiculous is definitely what we should be looking for in a film script. It's what I look for. I was very much up for it."

Hudson shot much of the film himself, operating a camera on the rotating set. "The best analogy I can think of to describe the challenge is that it was like trying to shoot a film in outer space, or underwater, with equipment that's not designed for that," he says. "Every single thing you try to do was next to impossible when the ground was shifting. We all learned learned a lot about applied physics on the shoot."

Well-served by David Bowie's yearning yet upbeat new-wave classic "Sound and Vision," B&Q's 90-second extravaganza surely ranks among the most eye-popping commercials of the year so far. You can't look away from this rough-and-tumble metaphor, which closes on the line, "Change. Made easier." By B&Q, of course—in case you need to make additions or upgrades at your manse with a baby on the way.

"We had never seen this take on the classic 'before and after' done like this before," says Paddy Earnshaw, the company's customer and digital director. "People’s homes have become their castles, and our job is to give people hope that they can change their homes to make lives better."

Below, Uncommon executive creative director Sam Walker explains how the project came together:

Muse: Did you lead with such a big concept? Did you present several?

Sam Walker: We had a few different ideas, but this was our favorite, and to B&Q's huge credit, it was their favorite, too—right from the start. They fell in love with the idea as soon as they saw this stickman drawing I did of how it would work. 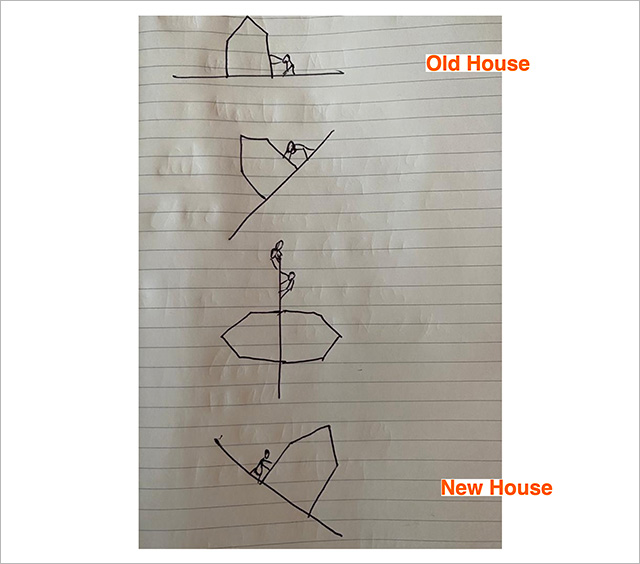 Did you plan to use CGI, or was it always going to be practical effects?

The idea of this being done for real, in camera, was completely integral to the idea. If it wasn't possible in reality, we would have done a different idea altogether. And I think this is what attracted Oscar to this script. It was in camera, or not at all.

Talk about the set—its dimensions, where it was built.

The full-size rotating house set had two large living spaces, plus gardens. And then there were two more identical non-rotating sets—including the box room (where the action begins) and the baby room. There was also a third training set constructed to help the actors figure out how they would scale the garden and slide down the other side.

We couldn't find any studios big enough to take the set, so we had to construct it in a sports stadium in Bulgaria. The set at its full height almost touched the scoreboard hanging from the ceiling of the arena.

How long did filming last?

Four very long days. It was incredibly slow filming with such a colossal set. It weighed 24 tons, and we could never forget how dangerous it could be. Not just for our actors, but the camera crew and stunt team, too. Safety was paramount at all times, and that meant shooting couldn't be rushed.

How intense was the rotation?

The set was six stories at its highest point and could make a 180-degree rotation in 60 seconds. It was so finely balanced, only six people were allowed on it at any one time. Even getting it to fully rotate once was celebrated as a great achievement the first time we did it. The actors were on the set the whole time, and everything that falls is in-camera, too.

Was this your biggest creative challenge yet?

The stunt team and our actor, Maeva (a seasoned rock-climber), did an incredible job making it look as easy as it looks. In truth, the physicality of the set was extremely challenging and dangerous—though again, everyone's safety came first.

Everything inside or on the house was real and in-camera. Our actor and objects thrown around ... we felt that couldn't be faked. There is an inherent chaos and physicality created by doing it for real that CGI could never replicate. Everything beyond the house, however, is CGI.

Why use Bowie for the soundtrack?

We went through a lot of tracks, but "Sound and Vision" rose to the top. This version is so poignant and beautiful. The sparseness and rawness of the piano cuts through as soon as it starts, and then Bowie's iconic vocals work their magic.

Uncommon includes BTS footage in this blog post along with other tidbits on production.

The spot launched over the weekend on ITV's Britain's Got Talent and will run across TV, VOD and cinema, supported by digital outdoor and print in coming weeks.