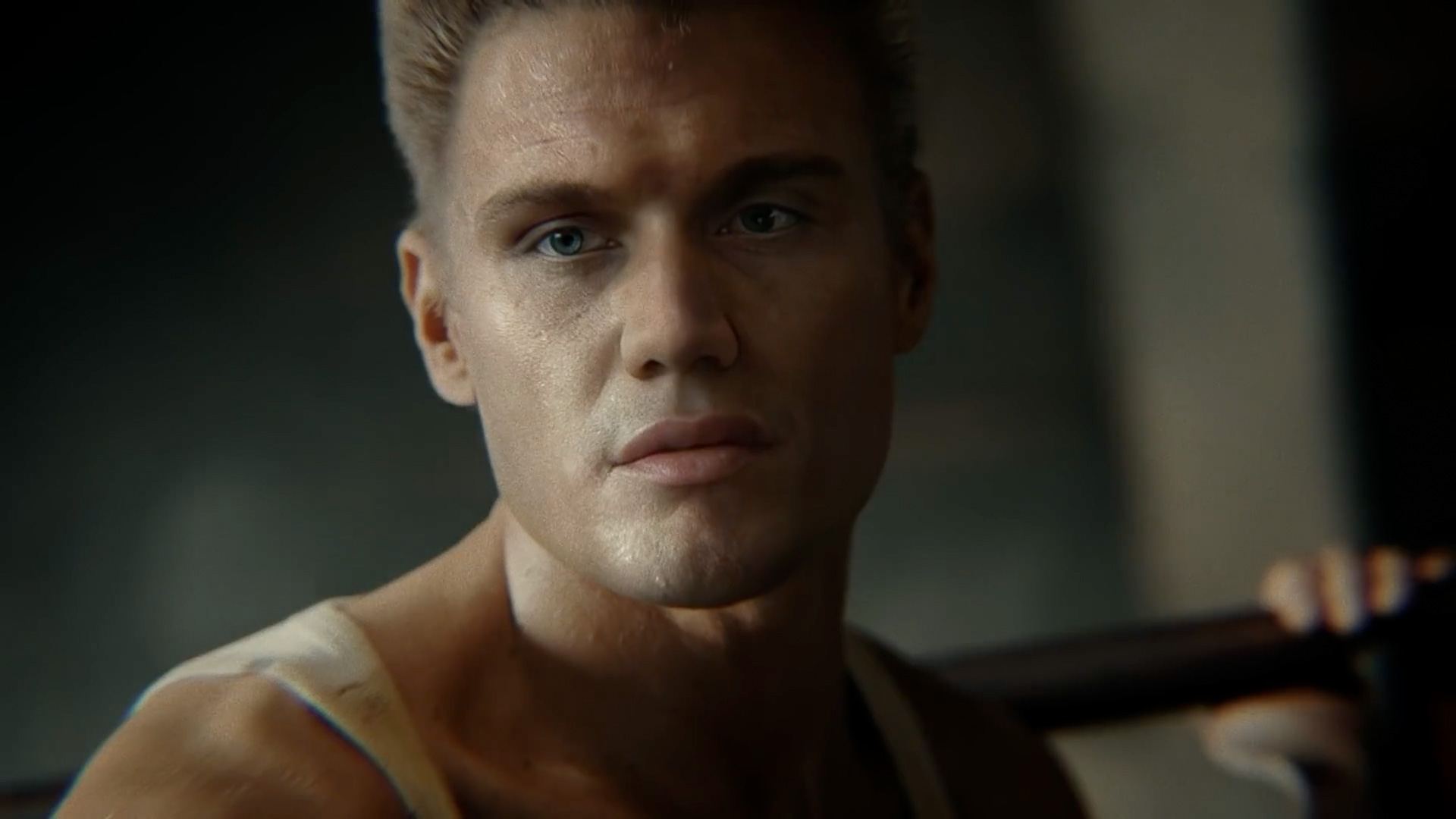 If you're going to graft the tough-talking, CGI-enhanced, Reagan-era head of action star Dolph Lundgren on to youthful, modern male torsos to sell deodorant, why stop there?

Might as well send the freak-o-meter into orbit by blasting geysers of perspiration from faux-Dolph's armpits into his co-star's face during action-flick parodies promoting Old Spice Sweat Defense Dry Spray antiperspirants.

What, gentle reader, you want more Dolph? Here's a pail-full:

Dude, down a MTN Dew and chill! (Another brand that loves sweatvertising.)

Does anyone remember Lundgren these days? It totally doesn't matter because you can't look away from that absurdly angular face! He's name-checked in the ads, so youngsters can Google.

According to a W+K rep, "a campaign like this is uncharted territory. It's different from deepfaking an actor on a late-night talk show, where they're looking straight to camera. What we're creating hasn't really been done—deepfaking a face into a tense action scene that's rife with drama."

For the visuals, W+K pulled virtually "all of the material Dolph was featured in from the '80s and '90s," the rep says. "From there, the algorithm generates a completely new face from the source images, which means we don't have the ability to make Dolph look like one particular photo or role. His likeness is an aggregate."

Ultimately, "the deepfake process results in a computer-generated version of Dolph that initially looks quite robotic. Our VFX artists then spent a month integrating the face the algorithm generated into the film we shot."

"Robotic" also describes Dolph's acting approach, but his flat-line delivery shines here, especially on "I Lied," the catchphrase from one of the commercials.

Yep, that's really DL not emoting for all he's worth.