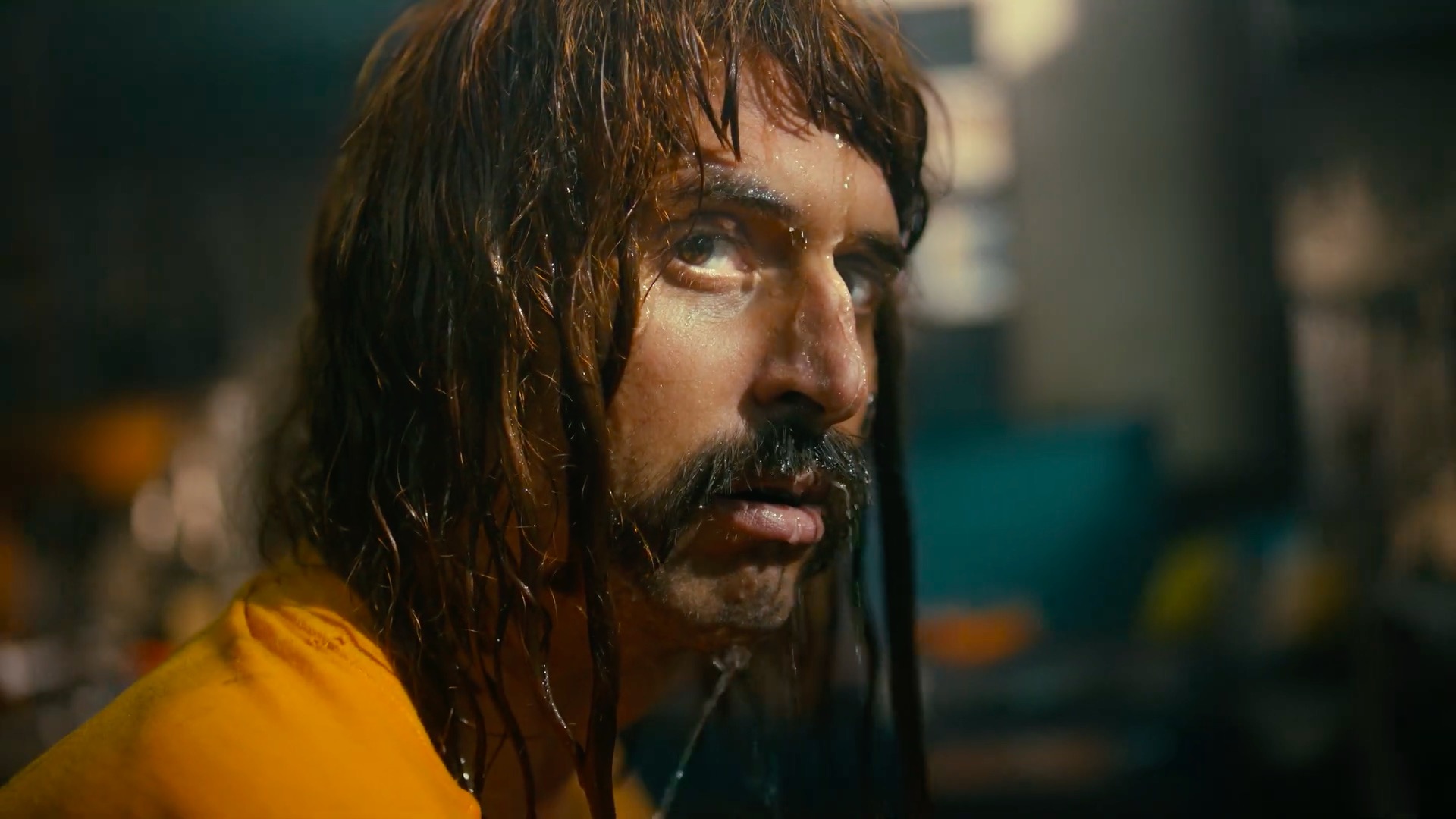 Yanking open the door, he discovers a 20-ounce bottle of Mountain Dew at the mic…

…belting out "Sweaty Boy" like some plastic-necked, highly caffeinated lead singer from an '80s glam band.

Here's the full-length version of the song:

Kind of an early Bon Jovi sound going on there, though garage guy more closely resembles scruffy '70s rocker Frank Zappa. ("Sweaty Boy" even sounds like a Zappa title, the kind of tune the manic maestro would create to poke fun at pop culture back in the day. And Frank hung out in the garage.)

In a second spot that channels an Old Spice vibe, a pair of sweaty cowpokes find refreshment on horseback, serenaded by mellow C&W fretwork:

So, horses have cooling compartments in their rumps. That explains the long faces.

"The resulting body of work acknowledges and even nods to these tried-and-true 'Taste and Refresh' conventions, but reinvents them in a wildly imaginative way," she says.

As for the campaign's inspiration, "the original idea was born from a funny and slightly random but insightful truth—there's often an old forgotten but very cold and delicious soda in the back of a fridge in your garage," Ferguson says. "The creative team had the idea to give the forgotten garage-fridge MTN Dew a singing voice by writing a sort of pleading and emotional song."

To develop the track, the TBWA\C\D team worked with Walker Music.

"Our exploration hovered around genres that prioritized emotion and yearning—some more tender, some more passionate and bold, and some that were just plain weird and off-putting," recalls agency senior integrated producer Rick Segal. "We knew the hook was going to be the most important element regardless of style and instrumentation."

"Where we landed with the 'Sweaty Boy' hook gave us that tenderness we needed for the verses, but also with the potential of power for the final chorus—two notes that can be whispered, trembled or belted," Segal says.

Now, everybody grab your air guitars and sweat:

"Why'd you have to leave me, alone in this fridge?
The heat the passion it'll just take one swig

Your perspiration, you know it ain't no joke (Ain't no jokeeee!)
My condensation is what you need the most!