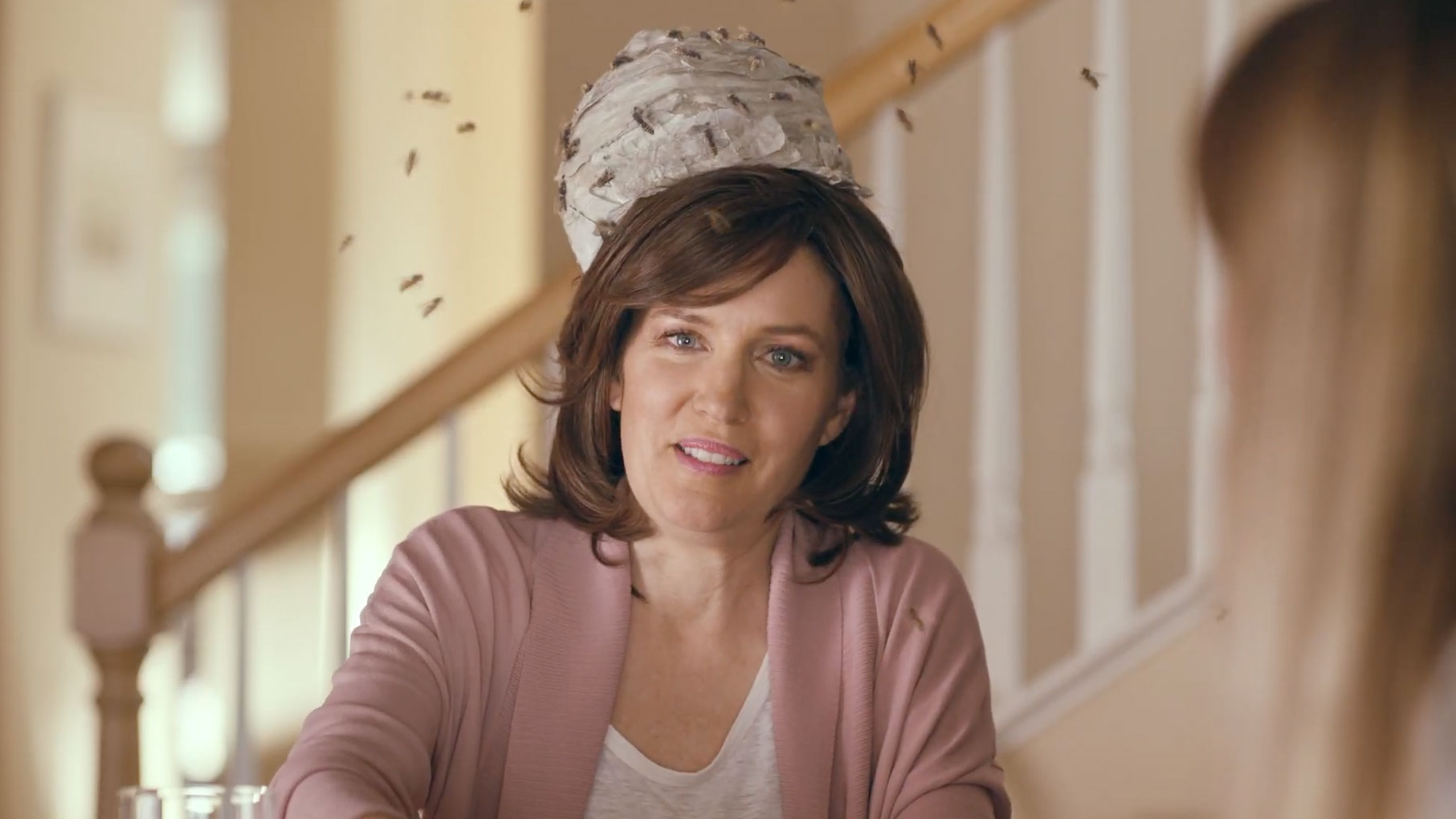 Comcast Xfinity is treating viewers to some super scary stuff for Halloween. How scary? The folks in a pair of ads from Goodby Silverstein & Partners have ... no home internet and bad mobile connections!

One dude also happens to slog through life with a bear trap biting his leg. And a suburban mom muddles along with a hornet's nest stuck on her head. They don't seem to mind.

But no home internet and unreliable mobile hot spots? Aarrrrgggghhh!

"WiFi dead spots, slow internet service, glitching screens—those moments are like little horror stories in our lives," explains Jose E. Velez-Silva, Comcast VP, multicultural brand marketing. "Tying the scares and screams of Halloween to the frustration people experience with a poor connection at home was something we couldn't resist."

You know what's not scary at all? Monthly ISP bills. Aarrrrgggghhh!

Cheap shots aside, O Positive's Spencer Riviera directs with snappy silliness and a healthy sense of the absurd to tout Xfinity's home and mobile internet bundle. The style is somewhat reminiscent of Rocket Mortgage's 2021 Super Bowl commercial in which Tracy Morgan poked a buzzy hive. Riviera's racked up major comedic points in recent months, with Comcast following this bit of fluff with Walter the Chevy cat and Hippo insurance's epic horsey apocalypse.

Along with the two spots, Comcast has some extra Halloween tricks up its sleeve. The company made a special playlist—for spooky parties and such—that consists of blood-curdling shrieks, yelps and howls, plus occasional anguished complaints, purportedly offered by folks saddled with dropped connections, slow buffering and endless lag times.

"We've all felt the frustration of having a less-than-stellar internet experience and wanting to scream about it," says GS&P creative director Jon Wolanske. "That brought to mind those Halloween funhouse-sounds CDs you could buy at this time of year. We were inspired to make our own with the real screams of non-Xfinity customers, folks who know the pain of living with only their phones as the source of all internetting."

"So, we grabbed our sound recorder and headed to Xfinity's competitor mobile-only stores around San Francisco to catch customers and people passing by," he recalls. "We asked them to put their feelings of exasperation over their mobile-led lives into sound. Some of the screams were so loud that they drowned out the traffic and stopped people in their tracks."

Crank up the 18-minute supercut below. It's like ASMR for ghouls.