Hippo Is There, Whatever the Apocalypse, in Amusingly Epic Ad 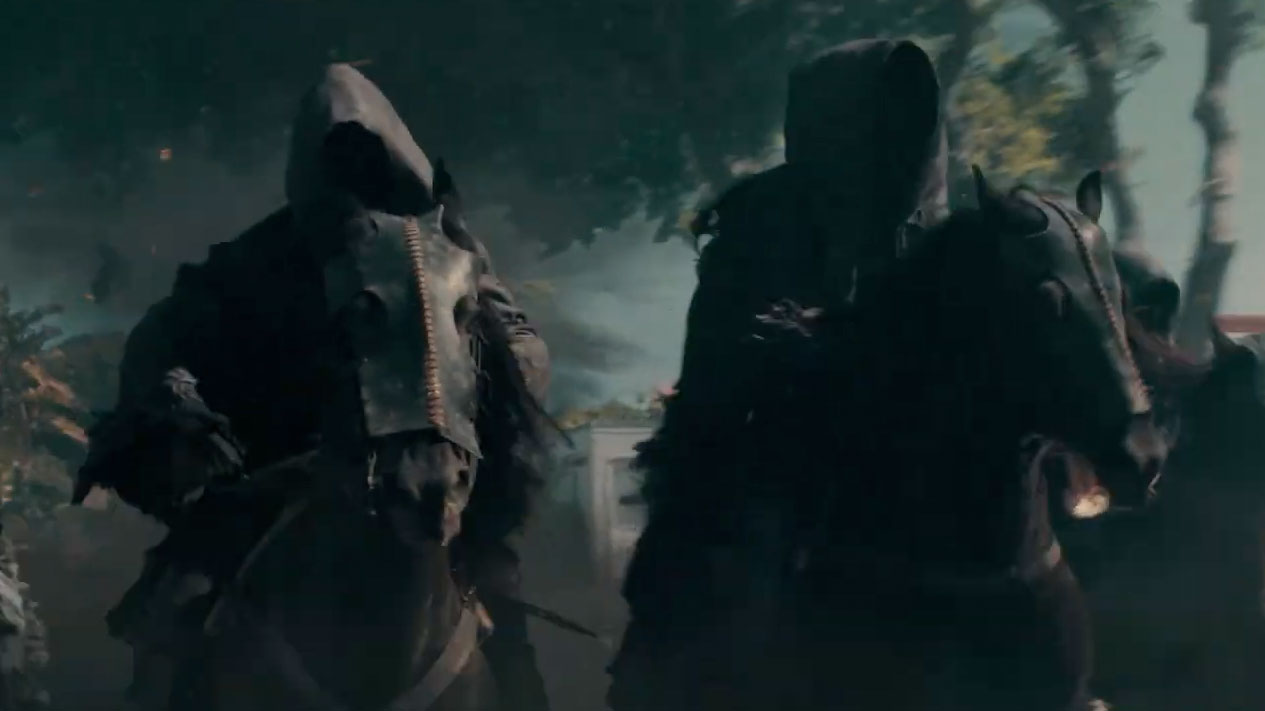 Regardless, such denizens of doom thunder down a typical suburban street and wreak havoc in the insurance company's epic minute-long anthem from agency Preacher and director Markus Walter. The horrible horde represents homeowner anxiety, but our cereal-slurping everyman hero stands tall—thanks to Hippo.

Is Isaiah Mustafa one of the riders? That guy's always on a horse.

Breaking this week and tagged "Feel the Housepower," the campaign also includes a trio of product-driven :30s with a decidedly different vibe. These spots, from Partners in Crime and director Spencer Rivera, eschew effects-driven cataclysm, serving up wry humor instead. (In the first ad below, a myopic kid seeks "expert advice," and his schtick straight-up slaps!)

Muse: Who's the target audience?

Jimmie Blount: Folks who have seen services like banking, investing and home security modernize and adopt technology that has improved their experience. They are wondering why the same hasn't happened with home insurance.

It's funny stuff—but with a different sensibility than, say, Progressive or Farmers. How'd you approach the brief?

Jimmie Blount: We had this idea of "Housepower," this feeling of confidence Hippo customers have knowing they've got their home totally under control and protected. To demonstrate "Housepower," we needed an antagonist for our soup-slurping homeowner to stand up against. We could've had him face off against an actual disaster that could cause an insurance claim. But a metaphorical disaster that could represent a litany of things seemed more interesting. Art director Caroline Jinks and copywriter India Allen brought us all types of monsters: trolls, oversized reptiles—but cloaked horsemen kept rising to the top.

Why were they the right choice?

Jimmie Blount: They felt like a shortcut to ominous destruction without being too specific. There's inspiration taken from a few epic fantasy series like Harry Potter and Game of Thrones and even Sleepy Hollow. Cloaked horsemen seem to be recurring figures in "Oh shit!" moments throughout film and literature, which made them ideal for our script. We also dug that the horsemen were very ominous and serious, creating a good foil for someone welding toast to scream at.

Talk about making the commercial. Any big challenges for the crew?

Jimmie Blount: A lot of what you see happened in-camera. To achieve all the practical effects, we need to find a location cool with us making a mess (and respectfully cleaning up afterwards). So, we ended up shooting in South Africa. These were beautiful sun-filled 80-degree days, perfect for a hard seltzer shoot, less so for what we needed. Major respect for all of the riders and animal handlers who were dealing with the heat but kept their cool.

What were you aiming for style-wise in the shorter spots? There's an Aaron Sorkin vibe with the quick patter and overlapping lines.

Stephen Goldblatt: Anyone who thinks a port-o-potty adds square footage to your home is obviously fooling themselves, so the rapid-fire dialogue serves to puncture that "bubble of denial" bluntly and repeatedly. The more the clueless neighbor is confronted with his faulty logic, the more confidently he sticks to it. It was tough to find an actor who could pull off that confident ignorance in a believable way, but Scott Beehner [in the "Home Health Check-Ups" ad] really nailed it. We had a strong cast across the board.

That pint-sized peformer in "Expert Advice" really steals it. What's his story?

Stephen Goldblatt: The kid's name is Lincoln. Like Madonna or Sting. Just Lincoln. He came to set committed to his role of being a cute, impressionable 6-year-old with glasses that just won't stay put. Lincoln was exactly the kid we all had in our minds. And the striped sweatshirt really ratcheted up the cuteness factor—to the point of being offensively adorable.