Creative adventures from Mini to Fearless Girl, and Reality Flag to #NYCSaysGay 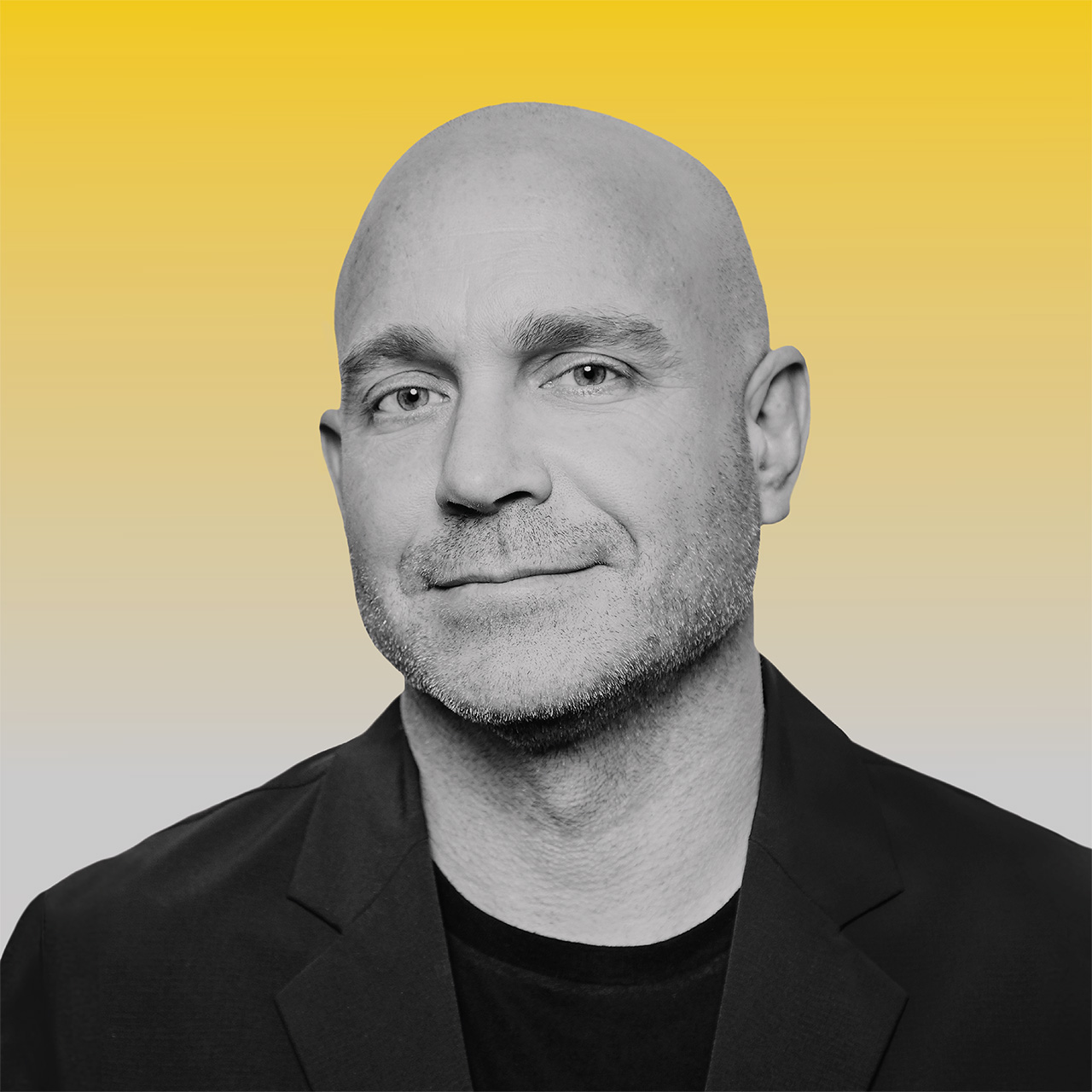 Rob Reilly believes creativity is the world's most valuable asset when it comes to solving big problems. He joined WPP as global chief creative officer in 2021 as it set out its ambition to make WPP the most creative company on the planet.

In a past life, he was creative chairman of McCann Worldgroup. Before that he spent a decade at Crispin Porter + Bogusky,  which culminated in the agency being named Ad Age's Agency of the Decade. But in his mind, awards are the byproduct of doing right by your clients, not the motivation. He is also married to the smartest woman he knows and is the proud father of Fearless Girl.

Both of my parents are from Bronx, New York, and I grew up a half hour away in northern New Jersey. That's why my entire family are Yankees fans.

Good question. I don't think there was a moment I can point to and say, "Ahh, that's when I knew I would be a creative." But my grandfather was a painter, so I was always fascinated by a blank canvas and how it could be filled.

A person you idolized creatively early on

Roy Grace. If you don't know him, you should do the research because you will find he was an amazing creative leader from the heyday of DDB and then at his own very successful agency. I had the privilege of getting to know him a tiny bit early on in my career. Everything he did was wonderfully simple. I then met Bruce Nelson, who was the creative boss at McCann. He was very nice to me and eventually hired me as a junior copywriter.

J. Walter Thompson famously had this test you could take to get into their creative department as a junior. I remember working on this test for months right after I graduated college. I didn't go to ad school, so I literally was making it up on the fly and trying to be as clever as possible without really knowing what the hell I was doing. People like Libby Brockhoff, who went to my college, even tried to help me. She was already a star in the business and working at JWT. But I never got the call. Funny how all these years later I am helping Wunderman Thompson with projects from my current position at WPP.

Thomas Heatherwick. He is an English designer, sculptor and architect. He has created things like the Vessel at Hudson Yards and reinvented the iconic red London Bus, among many other brilliant projects. I recently had the pleasure of speaking with him and I love how he makes things that everyone can enjoy, appreciate and be inspired by. Access is important for creativity to really have an impact.

Winning Time: The Rise of the Lakers Dynasty. It's a great HBO series that tells the story of how a winning organization comes about and what it takes to stay there for a long time.

The King of Rock 'n' Roll—created by Elvis Presley. He was the greatest showman ever to live, and his voice never failed him.

Someone or something worth following in social media

Walter Geer. He is a talented creative working at VMLY&R and is a powerful voice for change.

How Covid-19 changed your life, personally or professionally

I started a new job, for one thing. That's an odd experience to choose to join a new company without having met your CEO partner in person. But it has been a wild ride for the last 12 months working closely with my colleagues in London and other parts of the world, finally in person and via video calls. What has not changed is that creative people thrive off being together and around other creative people. Maybe it is the competition or the shared pain. Regardless, the communal part of creative making in advertising is something that cannot be underestimated.

Mini Counterfeit. This was done years ago at CP+B but it is probably the thing that changed my career. My partner was Franklin Tipton, and his brain works in ways I wish mine did.

Fearless Girl. A lot has been said about this one, but the most important thing is that she is still here, reminding the men of Wall Street to do the right thing on a daily basis.

Reality Flag for Human Rights Campaign to push for the passage of the Equality Act. 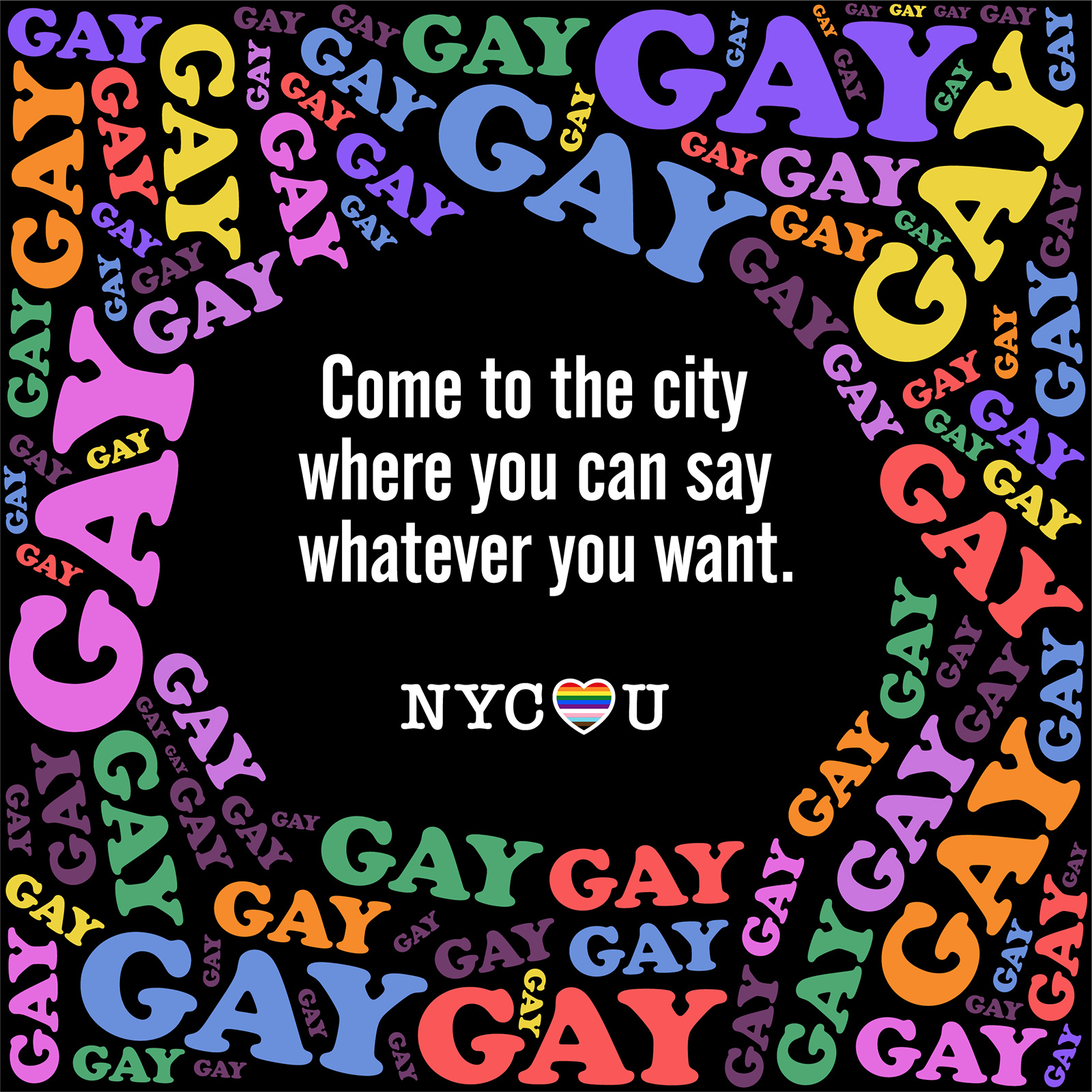 I am a huge fan of the ongoing Burger King "Confusing Times" campaign from David Madrid. But I also love some of the work coming out of Uncommon Creative Studio, especially the "We're In It Together" campaign for the IOC. I am also a huge fan of Bruno Mars' collaboration with Anderson.Paak—Silk Sonic. Hot shit.

I believe anything is possible if you want it bad enough.

I don't like to be hugged, so some people would interpret it as cold—which is not the case.

Lack of clarity. It always leads to a bad outcome.

What you'd be doing if you weren't in advertising

Designing chairs. I love a good one that not only looks like art but functions perfectly. See the Swan Chair by Arne Jacobsen.