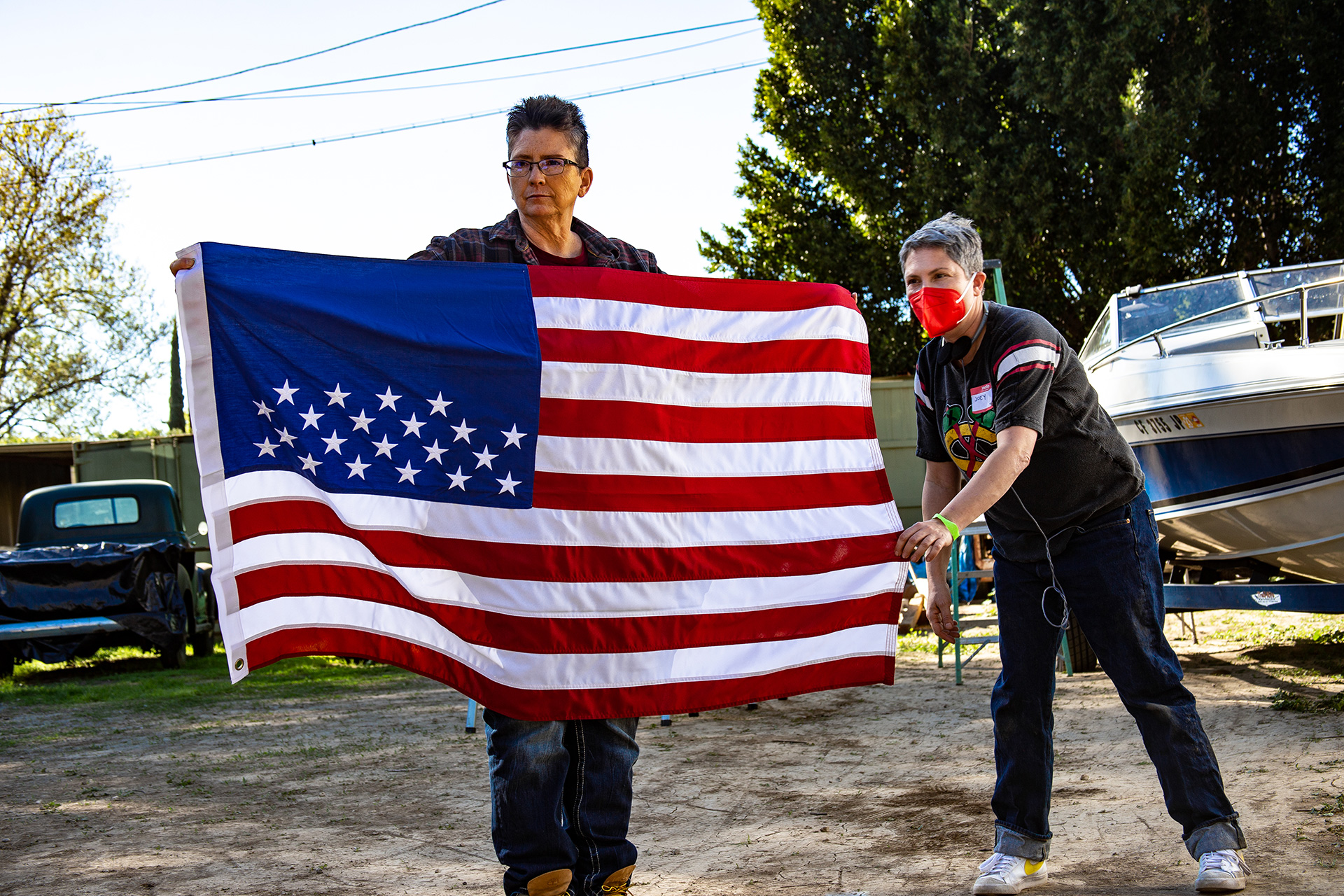 A field of 21 stars instead of 50 makes for a bleak, distorted American flag. These banners serve as salient symbols in a pointed campaign backing federal legislation that would ensure nondiscrimination protections for LGBTQ+ people across the U.S.

"Fifty states, promising freedom for all," a voiceover says in the anthem spot below. "But today, under state law in 29 states, a business could refuse service because of who you love. Housing could be denied because of your gender identity. Medical care could be rejected because you're a woman with a wife."

"In 29 states," the narrator concludes, "basic freedoms are missing for millions of LGBTQ+ Americans. This flag is the reality. But we can change it. Because this is America."

WPP Unite—an LGBTQ+ resource group within the holding company—spearheaded the campaign, with input from agencies VMLY&R, BCW, Wavemaker and Hogarth. The work supports efforts by the Human Rights Campaign to pass the Equality Act, which would prohibit discrimination in areas such as employment, education, housing and credit.

"The American flag is seen by many as the ultimate symbol of freedom. But LGBTQ+ people lack many basic freedoms in a majority of states—29, to be exact," says HRC SVP Kelli Stam. "The 'Reality Flag' removes 29 stars to reflect the reality that LGBTQ+ are missing those freedoms. This isn't the flag LGBTQ+ people want, but it's the flag that we have. We wanted to create this campaign, anchored by this powerful, evocative image, to not only educate people across the country—60 percent of whom believe LGBTQ+ people have the same rights as everyone else—but to also inspire Americans to take action."

"This campaign was created to reach and resonate with people in every corner of the country—from large coastal cities to small-town communities," says VMLY&R managing director Brian Stout. "The LGBTQ+ community isn't confined to a certain geography, and our campaign reflects that. It's why we're calling attention to the stories of LGBTQ+ people who are impacted by discrimination."

Such folks include Navy vet Staci, denied health services in Minnesota for being a lesbian, and Queen, a transgender woman from North Carolina evicted over issues of identity:

Elements will appear on TV and online, as well as in print, cinemas and OOH venues through deals with Hearst, various corporations and social-media influencers.

In addition, HRC will display an 85-foot-long "Reality Flag" at its Washington, D.C., headquarters, a few blocks from the White House, ahead of next week's State of the Union address.

"The legislation was passed by the U.S. House of Representatives in February 2021, and now waits for further action in the Senate," Stam says. "Our hope is that people across the country will visit RealityFlag.com to sign on in support of the Equality Act and help us make the case."