2 Minutes With ... Felix Richter and Tim Gordon, Co-CCOs of Droga5

Their creative journeys, from Puma to Equinox to The New York Times 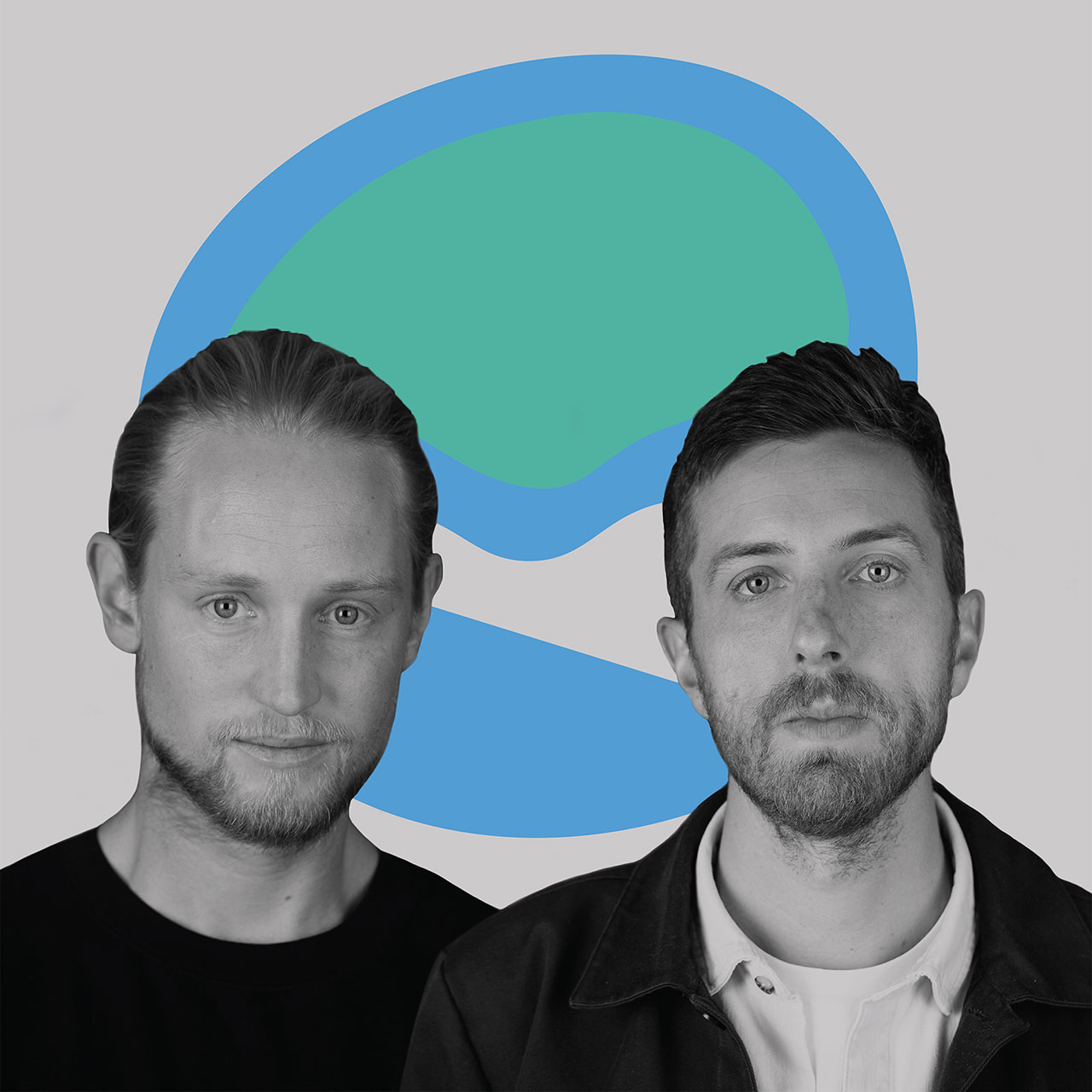 Felix Richter and Tim Gordon have been co-chief creative officers at Droga5 New York since October 2019, having each been promoted from the role of executive creative director. Both are longtime Drogans, too—Gordon joined the agency in 2008, and Richter in 2011.

Originally from Germany and educated at Miami Ad School in Hamburg, Felix was named YGA's Young Gun of the Year in 2011 and AdAge's Creative Director of the Year in 2017. Beyond advertising, he has partnered with director Bjorn Ruehmann to create the music video trilogy "FLORIAN" for German EDM artist Paul Kalkbrenner.

Having helped grow the agency in its formative years, Tim rose through the creative ranks and has been behind some of the agency's most acclaimed work for clients including Puma, Under Armour, The New York Times and Chase.

We spent two minutes with Felix and Tim to learn more about their backgrounds, their creative inspirations, and recent work they've admired.

• Felix: I'm from a small town in Germany called Kummerfeld, which translates to "Sadfield." When the village was founded around 700 AD, legend has it that wolves roamed the fields and occasionally ate the farmers' children. Naturally, it was sad, and in Germany, things get called as they are. I now live in New York.
• Tim: I grew up in Vancouver, Canada. We don't have any local legends involving wolves, but we do have two mountains named the Lions. Pretty sure no actual lions, though. Bears, probably. Now I live in New York. Well, technically Richmond, Virginia, right this second.

• Felix: I can't remember, to be honest. Chances are it was a fireman, a policeman or an astronaut, or a combination of the three.
• Tim: A firefighter and a snowboarder. Both involved significant pain tolerance. Thus, here we are.

• Felix: I have always loved to draw and paint, though I never thought of myself as talented enough and would have felt like a charlatan to call myself a "creative" growing up. It was not so much a moment of discovery but a gradual gaining of confidence over the years through little successes and affirmations here and there.
• Tim: My dad is an architect and always nurtured creative expression at home. I was always drawing, sketching and painting. Which is funny because I ended up a writer in advertising.

• Felix: My cousins Lars and Bjoern Ruehmann.
• Tim: As a teenager, I worked in a skate shop and really admired the creatives behind brands such as Girl and Alphanumeric. I loved their graphic designs and their sort of subversive culture building. In college I went through a pretty big Kubrick phase. So really all over the place.

• Felix: Leaving Germany right after high school changed my life. I lived in Turkey and Venezuela and worked as a windsurfing instructor. I went through a series of intense experiences both good and bad, and it helped me locate myself in many ways.
• Tim: Isn't every single moment from high school life-changing?! Or maybe that's what you just tell yourself when you are there in braces. In college, I was lucky enough to travel to Brazil for a student film festival based off of something I created, and I think that planted the seeds for a creative career. Or maybe just a travel bug.

• Felix: I'm not much of a concert person. My most-listened-to song of 2020 was "I'm Still a Man (Lord Have Mercy)" by Willie West.
• Tim: My mom is cool, so she took me to the Rolling Stones. Favorite band today? That's a tough one. I listened to Mereba, the Blaze and Led Zeppelin a lot last year ... according to Spotify.

• Felix: I don't have one specifically but rather an archetype of the eccentric baddie that I'm always fascinated by: Don Logan in Jonathan Glazer's Sexy Beast, Nicholas Cage in The Bad Lieutenant, and the Judge in Cormac McCarthy's Blood Meridian. "He never sleeps, the judge. He is dancing, dancing. He says that he will never die."
• Tim: Jesse Pinkman.

• Felix: For what feels like an eternity, I've been reading Robert Musil's The Man Without Qualities. It's one of those books that is about everything and very long but very worth it, too. In terms of non-fiction, I very much enjoyed Daniel Dennett's From Bacteria to Bach and Back about the evolution of minds.
• Tim: Red Pill by Hari Kunzru and We Were Eight Years in Power by Ta-Nehisi Coates.

• Felix: In all the same ways it has changed everyone's life, and in some ways, not at all. The core tenets of work and family remain. The skinning of it is all different.
• Tim: I think it has given us all perspective. Professionally, it has made me question some things and also reinforced others. I think it has ultimately strengthened my belief that creatives need time and space to make the work they do, and ultimately it is my goal to make sure that, within Droga5, they have it. Also, I have been incredibly impressed with what our department was able to pull off last year: Facebook, New York Times, Red Wing, Henny, Allstate. It would be a great year even under normal circumstances. Personally, I get to spend more time with my daughter and in sweats, so it's not so bad. That being said, the grandparents are bouncing off the walls without granddaughter time, so hopefully that will be rectified soon.

• Felix: My favorite project is one that never saw the light of day. A few years ago, right after creating a music video trilogy for Paul Kalkbrenner, my art director partner Alex Nowak and I were asked to pitch a concept to the band Grizzly Bear. We developed a film series that was based on the Ernst Juenger novel On the Marble Cliffs and a Caspar David Friedrich painting of the same name. It featured a dramatic battle between an evil forester and two herbalist brothers and their respective armies of dogs. The project never made it past the treatment stage, but I still look at the deck from time to time and get a good feeling from it. I think it's the best work Alex and I have done together. I hope we get to make it one day.
• Tim: I've been fortunate to work on some amazing projects, everything from Under Armour's "Phelps" and "Curry" to all of the New York Times work from the past four years, but I would still say one of the things I'm most proud of is Puma's "After Hours Athlete." Yes, it is from years ago, but there is just something so lovely and pure about it. Plus it's a good anthem for 2021, I think.

• Felix: Tough one. Hennessy, New York Times, Facebook's "Never Lost" and "Born in Quarantine" were all big moments and special for different reasons, but I'm going to go with our Equinox campaign from January 2020. Not only because it was a wild and playful mix of references (Greek myth, EDM, theater), but because it dared to have a genuinely different, radical point of view. It seems to me that this is rare these days.

The Most Selfless Act Of All | EQUINOX

• Tim: New York Times' "Life Needs Truth." Coming off the "Worth It" campaign from 2019, the challenge was to not only create something worthy of a follow-up but also something that pushed the work further. "Life Needs Truth" dimensionalizes everything that the NYT brings its readers and was made especially poignant given the time it was released. Probably my favorite piece we have done for the Times, and that's saying a lot.

• Tim: Sony's "Balls." The simplicity, the audacity, the cleverness, the frog. Everything I believe advertising should be. Just beautiful.

• Felix: The paintings of Fabian Treiber.
• Tim: "You Love Me" from Beats by Dre and Microsoft's adaptive controller. I also can't help but laugh at the writing in Halo Top's "Ice Cream for Adults." All great projects that show a huge amount of care toward the work no matter the medium or tone.

• Felix: Being "German" about things, as in "rigorous and precise."
• Tim: A lot of care. A lot of care about the work, the process of crafting it, and most importantly, the people making it.

• Felix: Becoming obsessed with one thing and only wanting to talk about that thing.
• Tim: I can be defensive. Need to work on that.

• Felix: Dirty snow on the side of the road.
• Tim: Time. There is just never enough of it. Also, Max Richter.

• Felix: Probably painting and starving.
• Tim: Probably something much different. I'd like to think it would be more outdoors. Maybe own some sort of shop near a beach. Just change up what I sell every couple years. It doesn't sound like I'd be in business very long.