Where Muhammad Ali looms over a collage of creativity

It took us quite a while to find the perfect office space for our agency, Kovert Creative. We knew we wanted to be downtown and I wanted to create a space that people enjoy coming to every day. We have lamps, not fluorescent overhead lights. We wanted the furniture and artwork to enhance the space. It shouldn't feel like a soulless corporate hell. Life is too short and we spend too much time at work, so why not make our space enhance the experience and not make it something to endure. 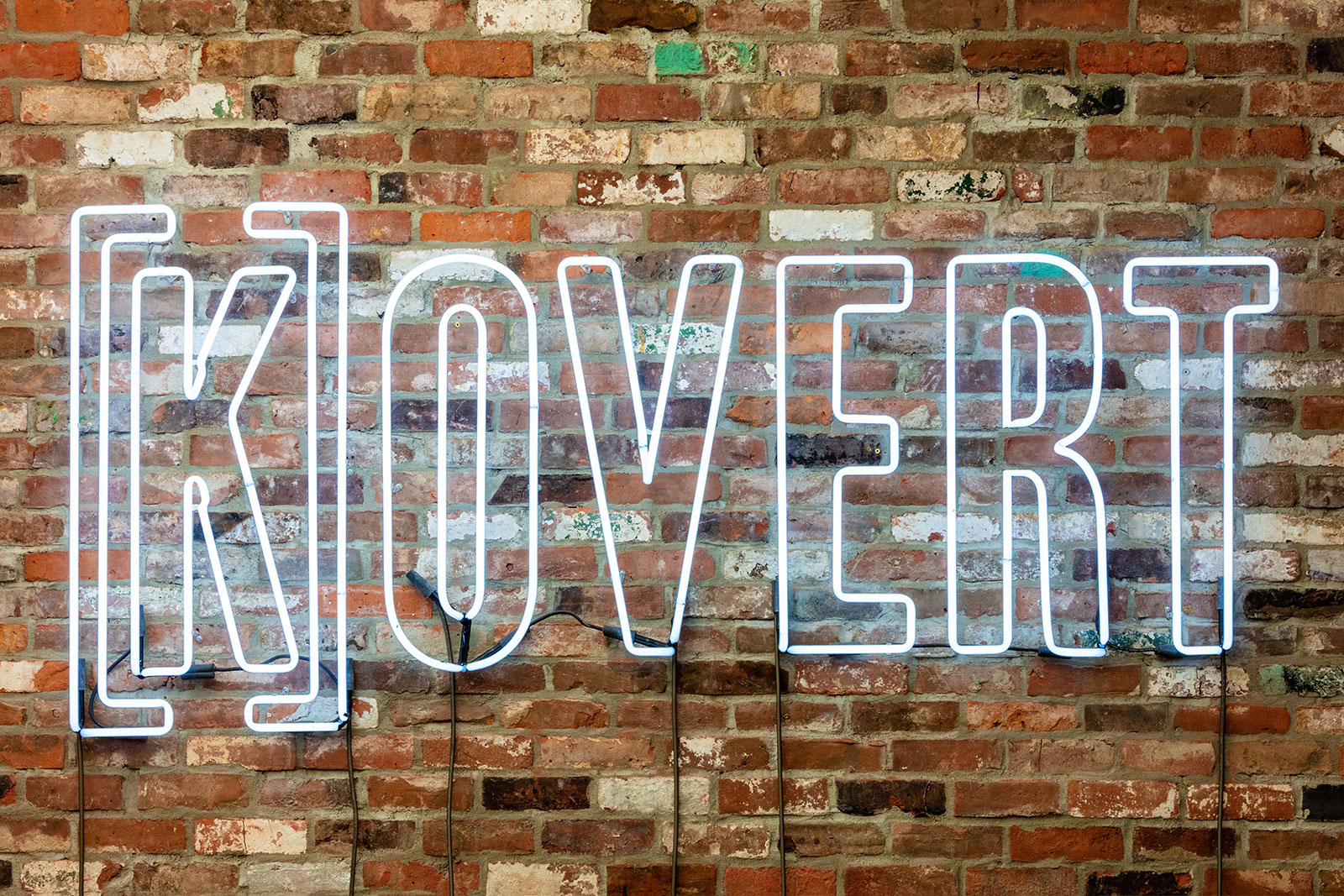 Of all the things we have in the office, probably the one that brings me the most joy is the oversized (almost 4-by-5-foot) black-and-white photograph of Muhammad Ali. There are so many things going on in it. First of all, I think Muhammad Ali is one of the most important Americans to ever live. I was fortunate enough to have spent a few days with him at his farm in Michigan many years ago. It is one of my most cherished professional memories. 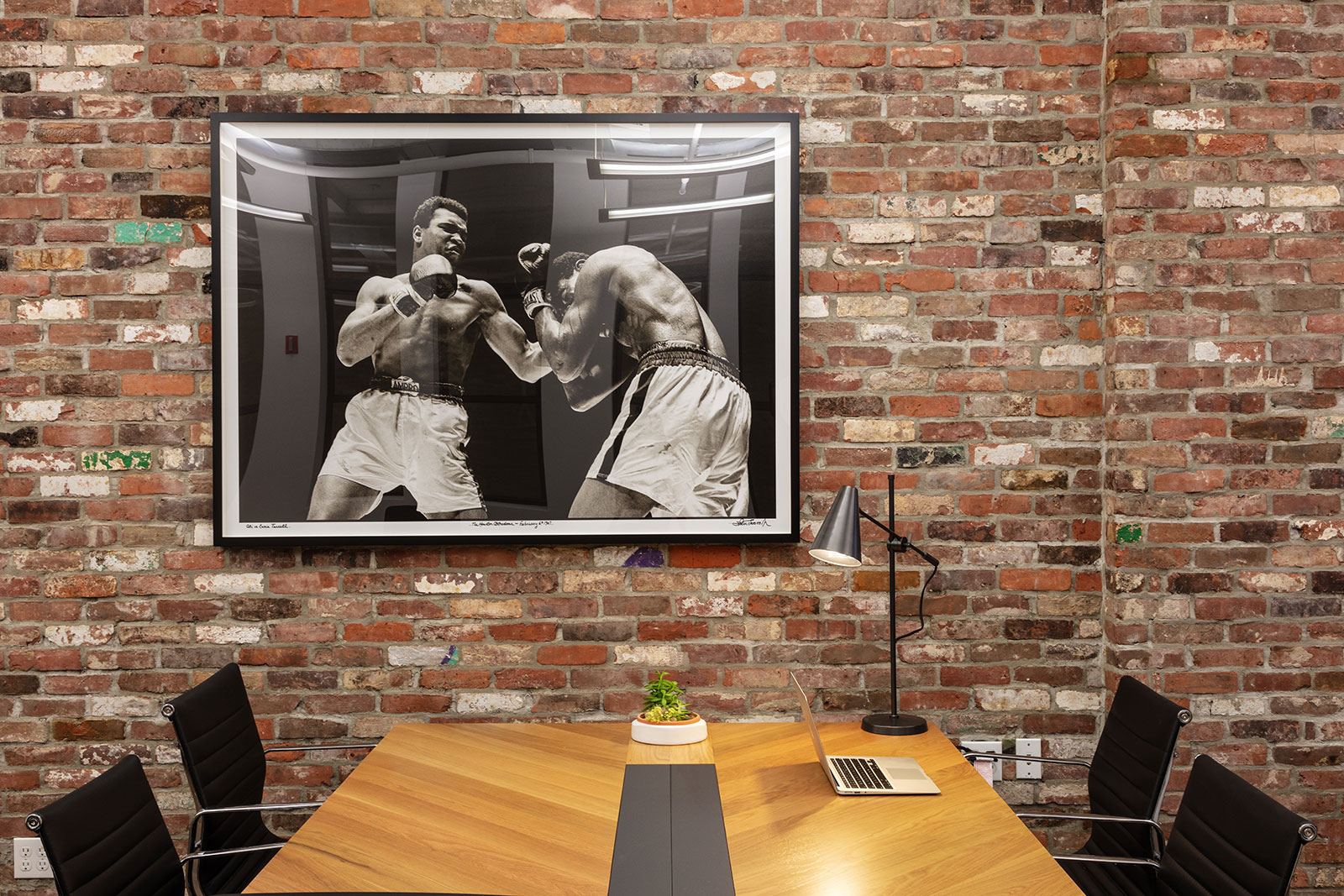 The fight depicted is also bathed in history—it was his first fight after he changed his name from Cassius Clay and Ernie Terrell refused to call him Muhammad Ali. So Ali beat him slowly and painfully, refusing to knock him out but shouting at him to say his name. That is powerful stuff. 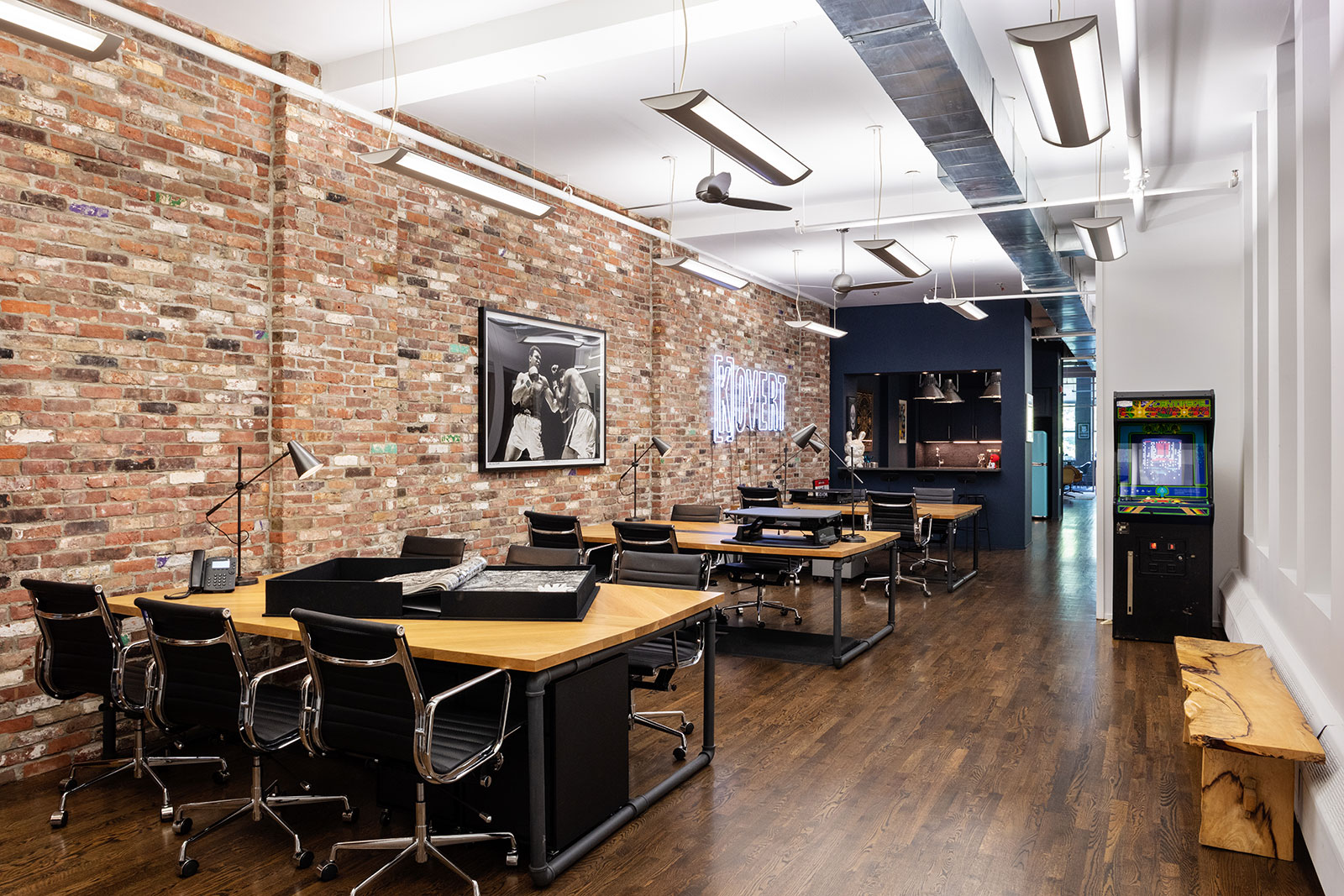 Lastly, this photo was taken by the greatest American sports photographer who ever lives—Walter Iooss Jr. I'm honored to call Walter a friend. I was at his house in Montauk last year and told him I wanted something big for the office. I had picked out something else, but he called me to let me know he had something better in mind for me. And he was right.

I've got a few different Kaws companion sculptures around the office. The best one in this case is also the biggest—it's a four-foot sculpture he made in 2009. It's definitely a showpiece, but with the plexiglass case we had made to protect it, it sure takes up a lot of space. No room to be adding any more of those. 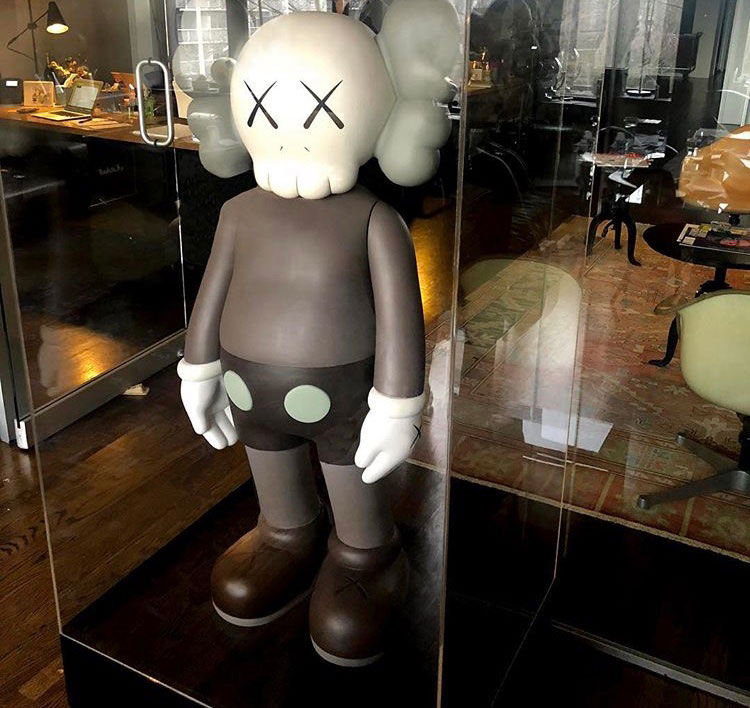 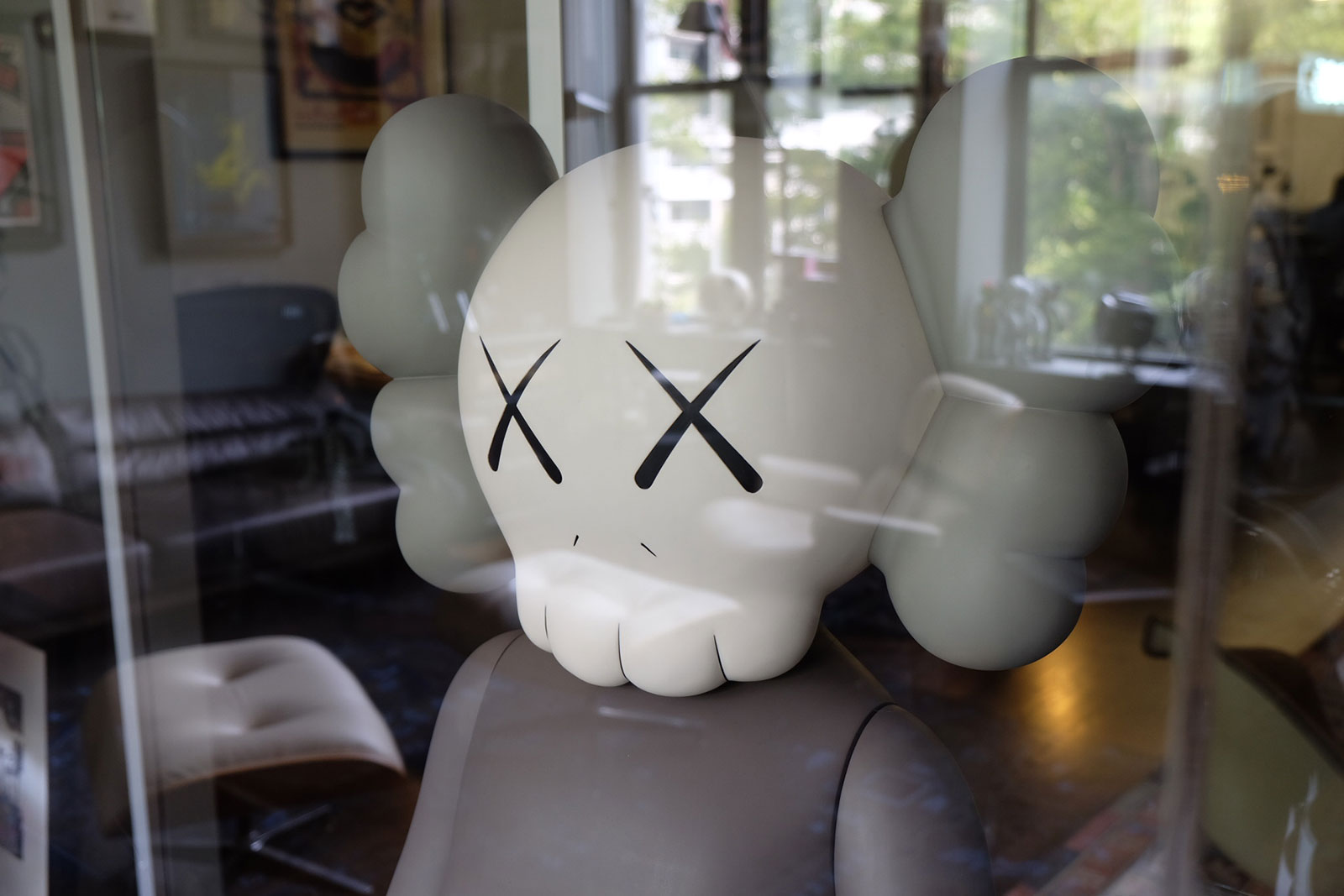 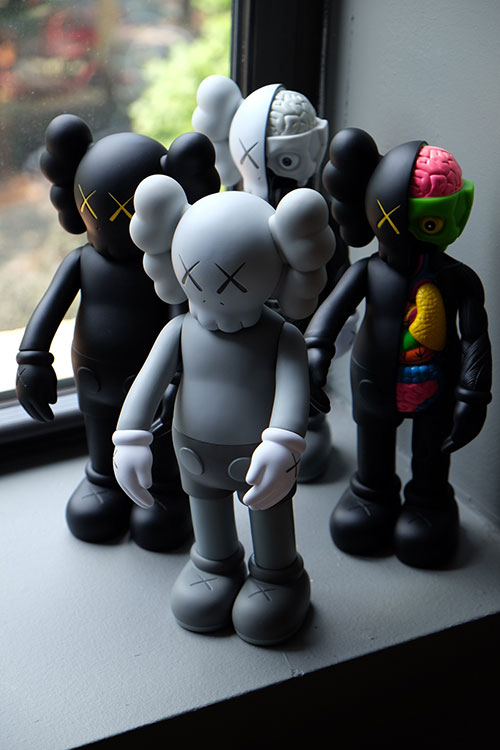 On the other hand, I keep thinking we're running out of wall space for new artwork, but I still pick up new items every few months. My most recent purchase was a Keith Haring print that was a poster he did for his Pop Shop. In addition to really loving how it looks, it has some special resonance since the shop was just a block from where our office is now. It's nice to be able to tie in the history of our neighborhood in such a special way. 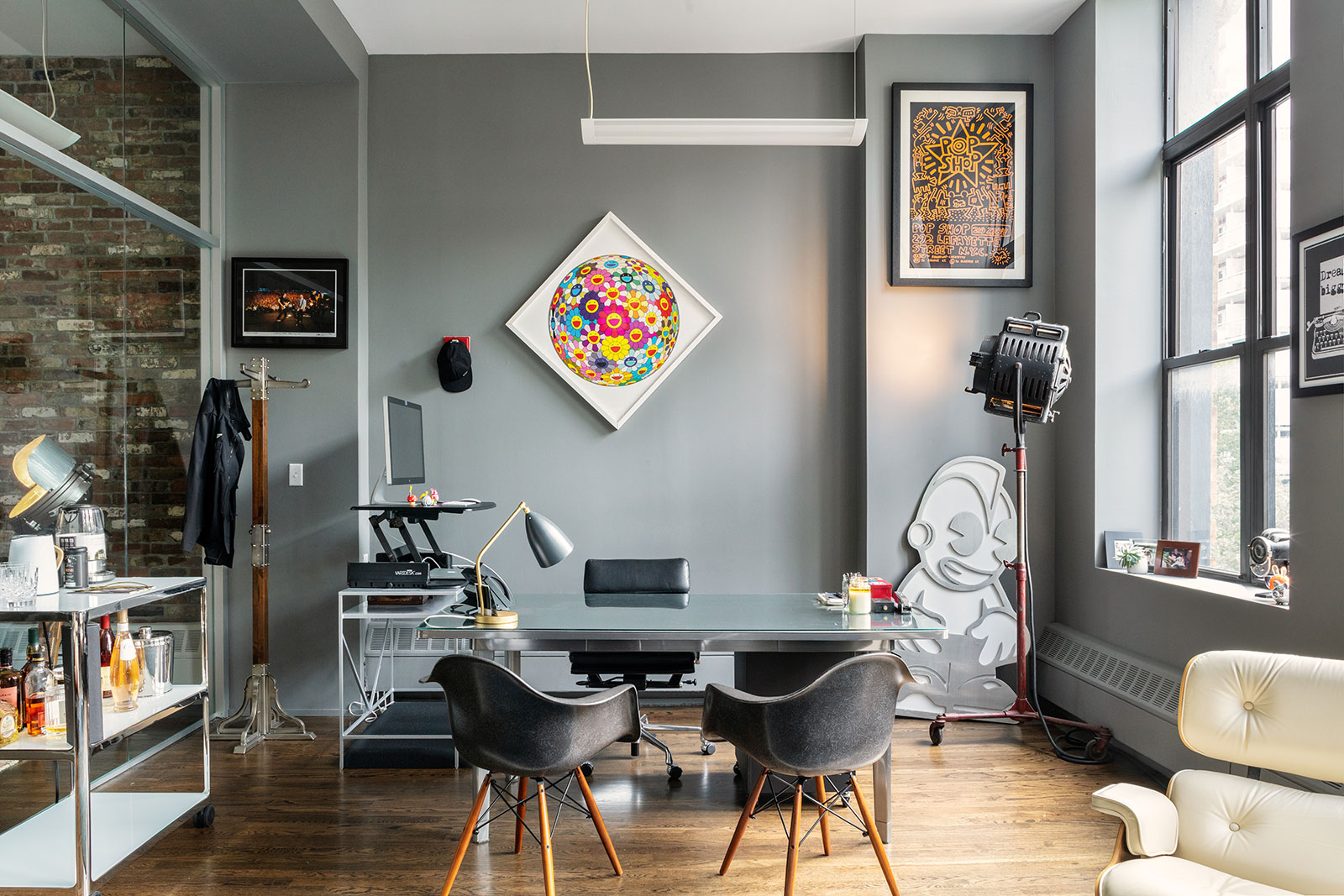 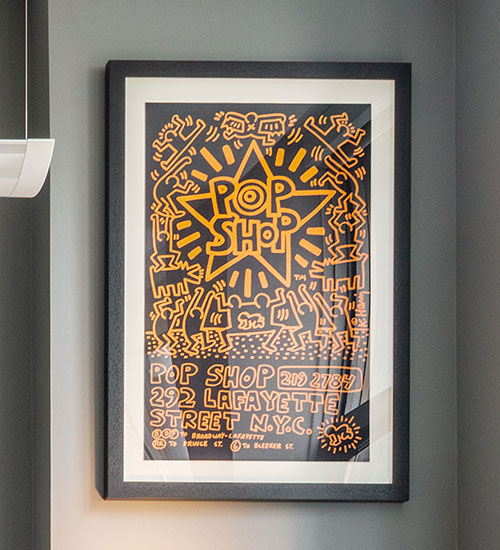 In my office, there are about 18 pictures on one wall. All of them are music-related. Many are concert posters and they run the gamut from Willie Nelson to Wu-Tang Clan with Bon Iver and Jerry Garcia mixed in. While I won't buy a print for a band I'm not in to, I definitely tend to buy based on the overall aesthetic. There's an artist named Todd Slater, whose stuff I really like. I also have Shepard Fairey, Chuck Sperry and Stanley Donwood up there, too. 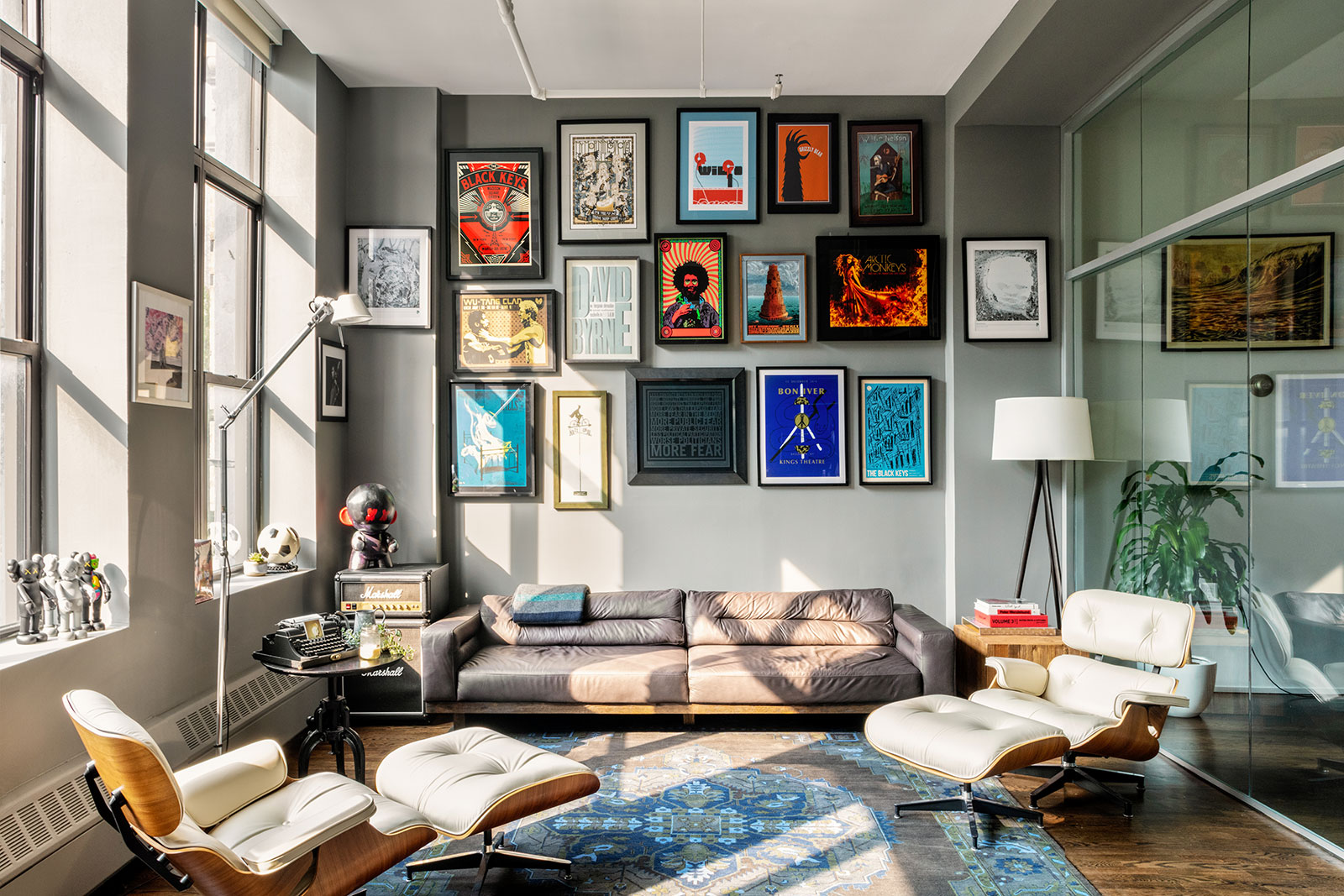 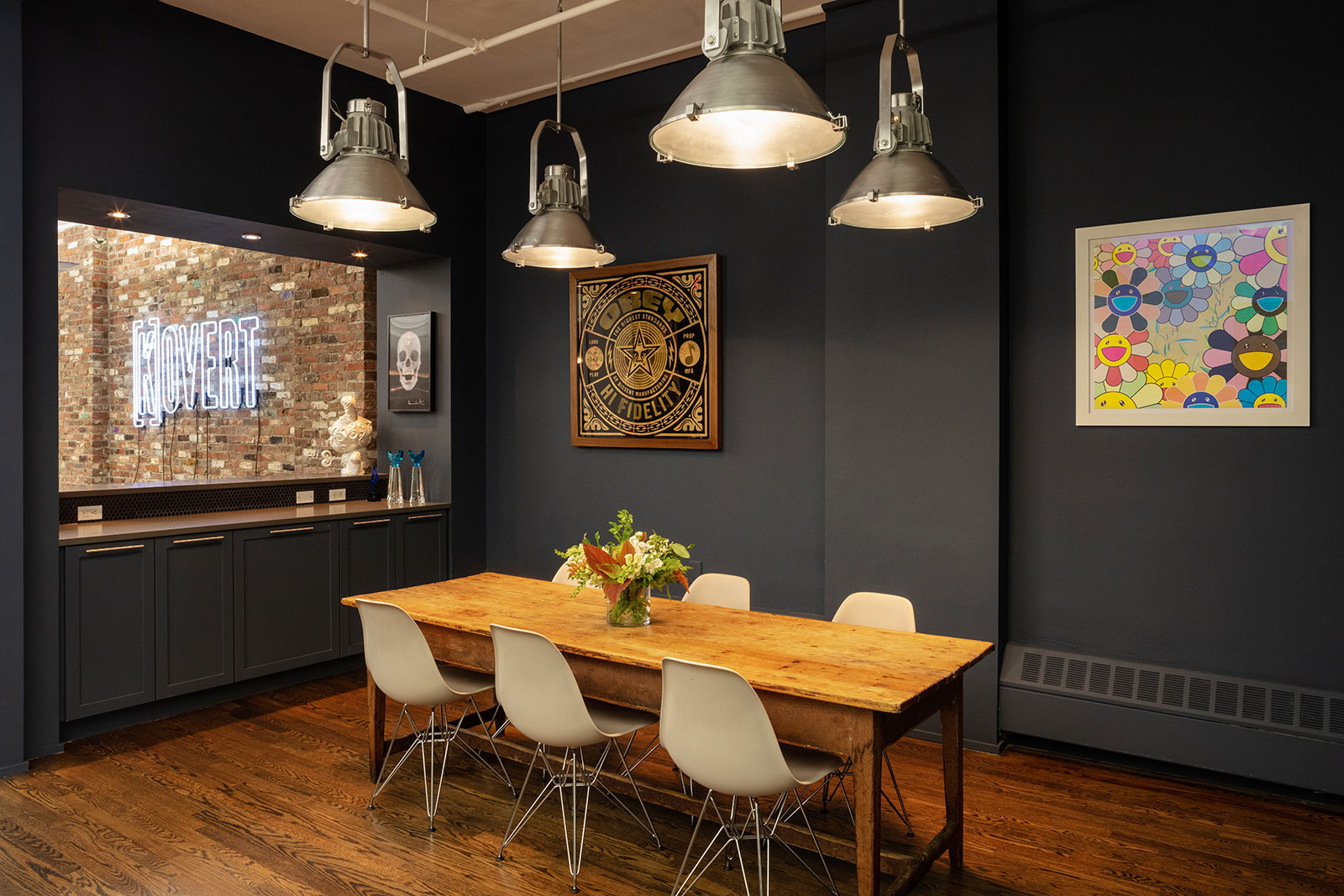 The "Be Nice" neon sign was something we wanted to do when we started the company. The service industry can be tough and many times thankless. At the bigger agencies you start to see this bleed into how management treats staff or how people treat each other. 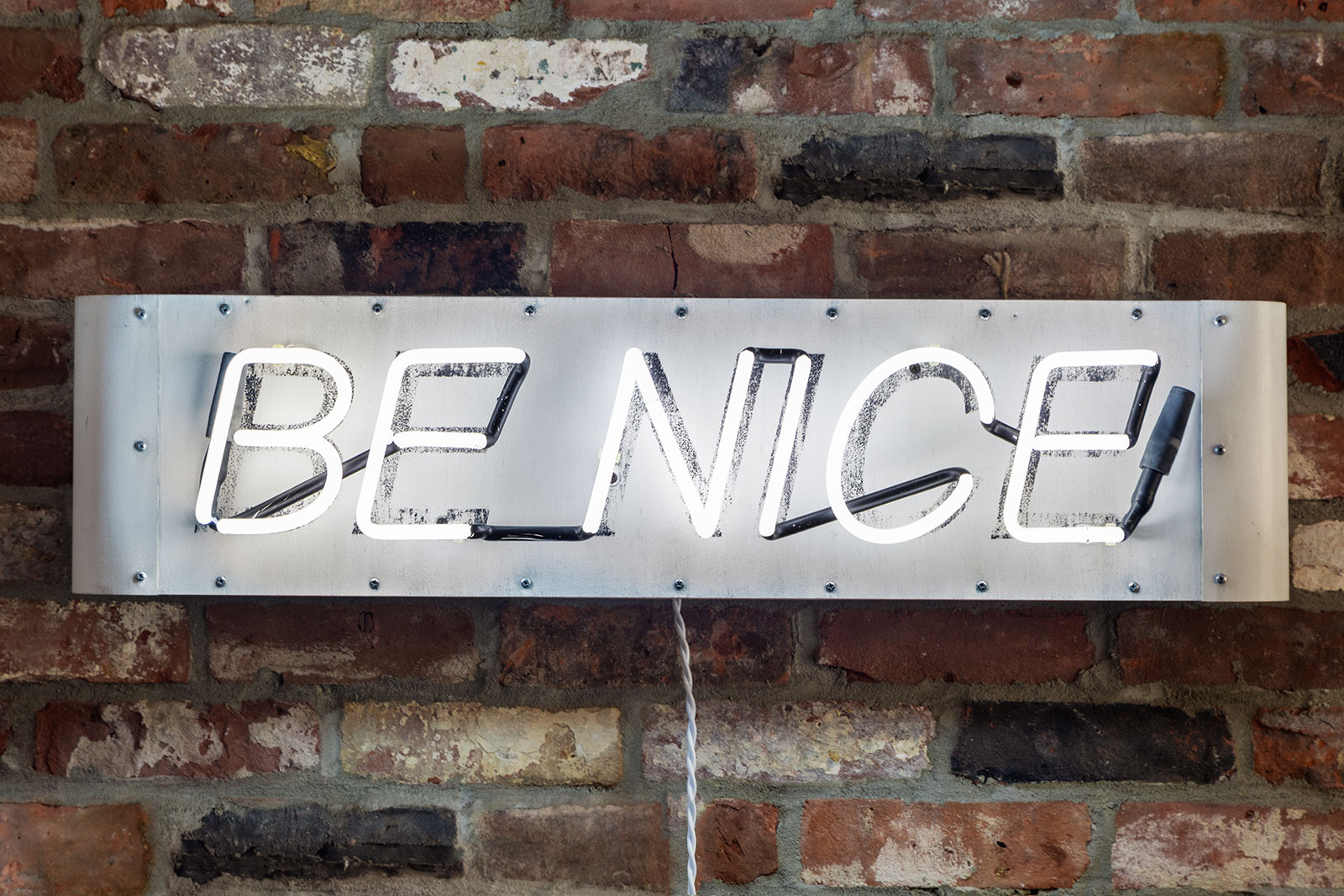 We started Kovert to be different. We wanted to eliminate a lot of the pain that comes with the territory at big shops. We want it to be a supportive and collaborative environment. We work hard for our clients and are relentlessly pursuing excellence, but we don't tolerate abuse. We don't allow it here, and we don't allow it from clients—no matter how big their budgets are. Respect and kindness go a long way. The "Be Nice" sign is just a constant reminder for us. 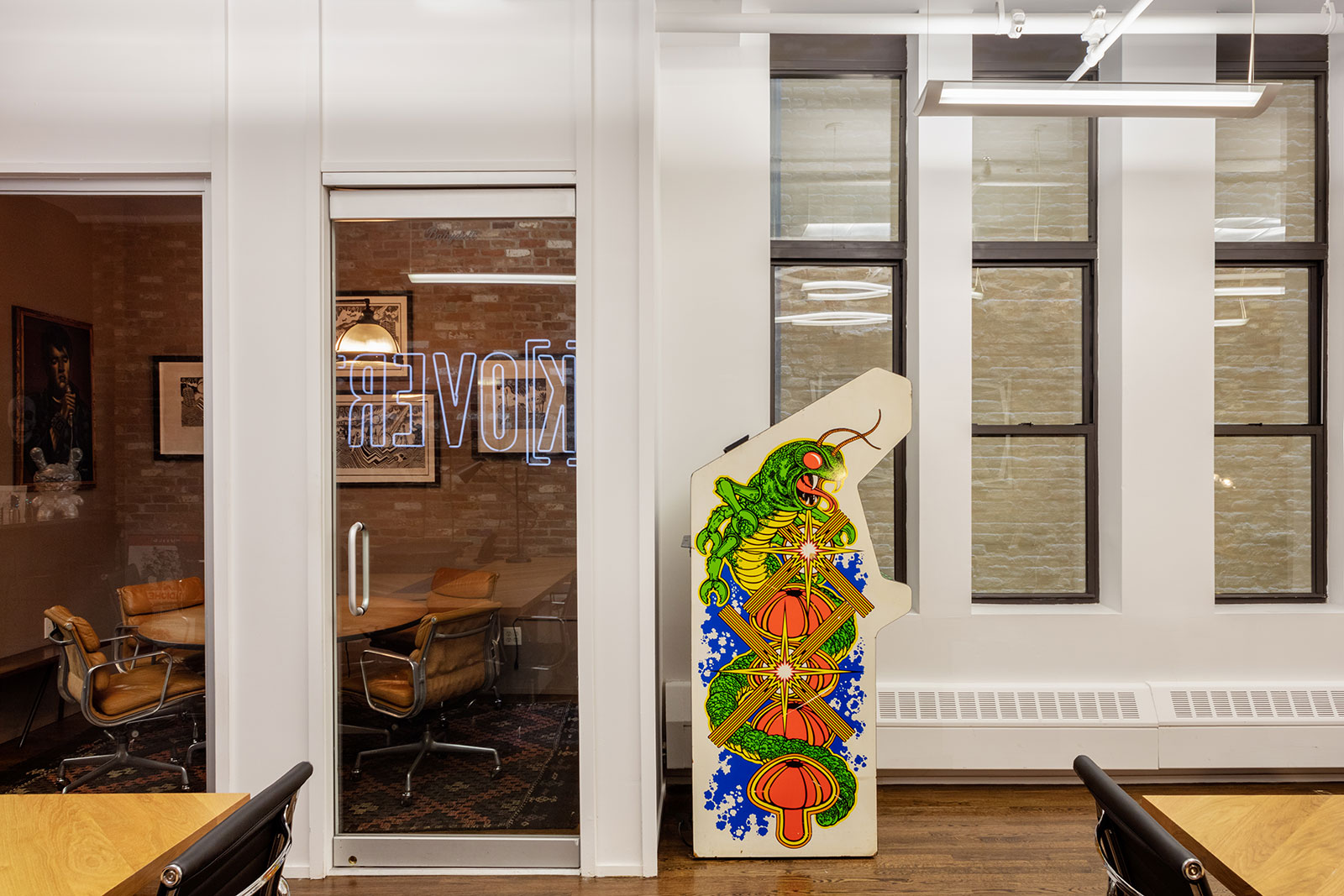 While most things in the world are digital these days and so much of our work exists in the online experience, it is nice to be tethered to the physical as well. We like having these nods to the past around. Everyone here uses buck slips to write notes on. We have vintage typewriters in the office and a stand-up Centipede arcade game from 1979 in the back corner. One conference room has a chalkboard on the wall, and the other has a vintage card table and chairs from the 1960s. It's good to have a mix, and while trends come and go, style and substance are timeless. 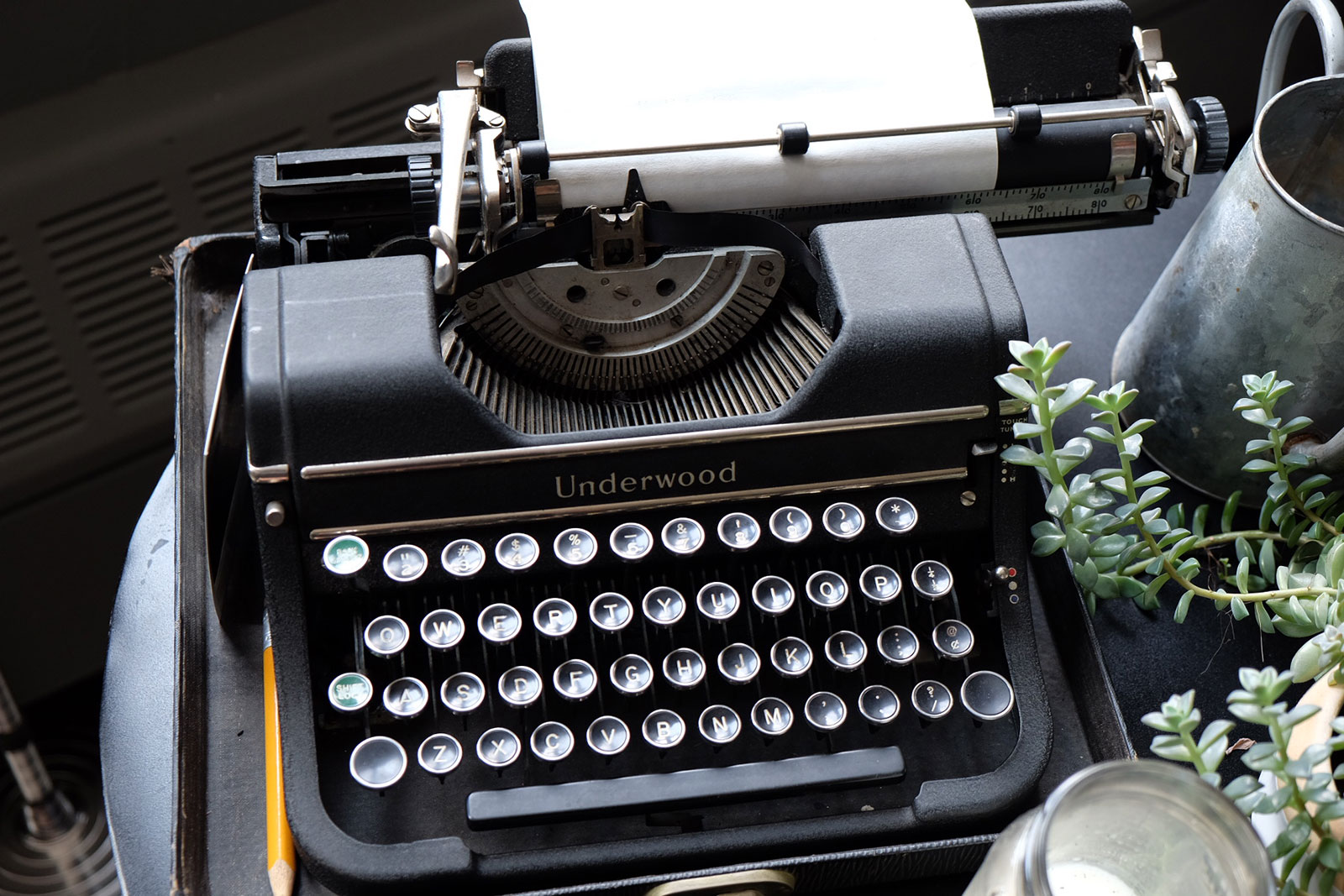 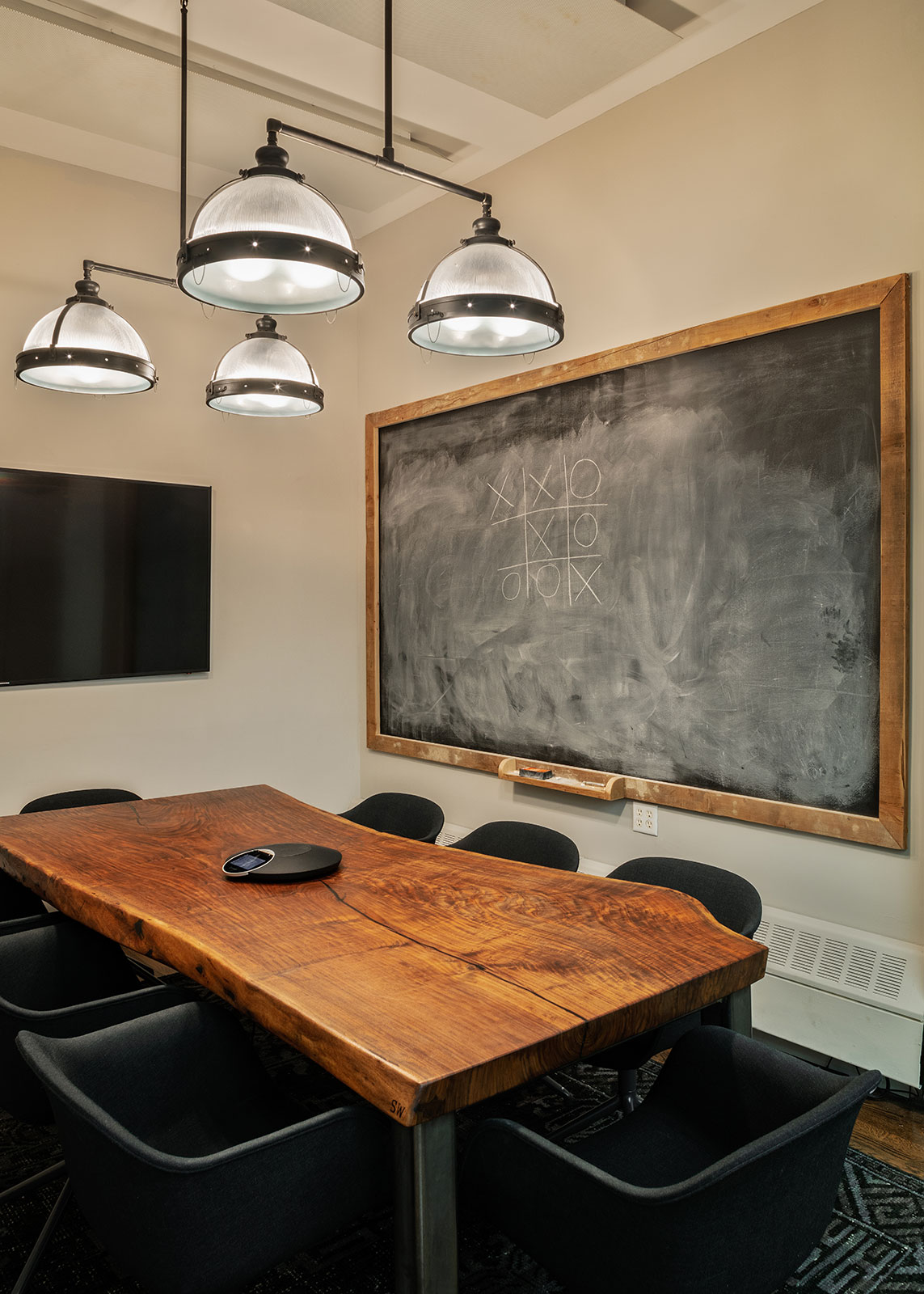 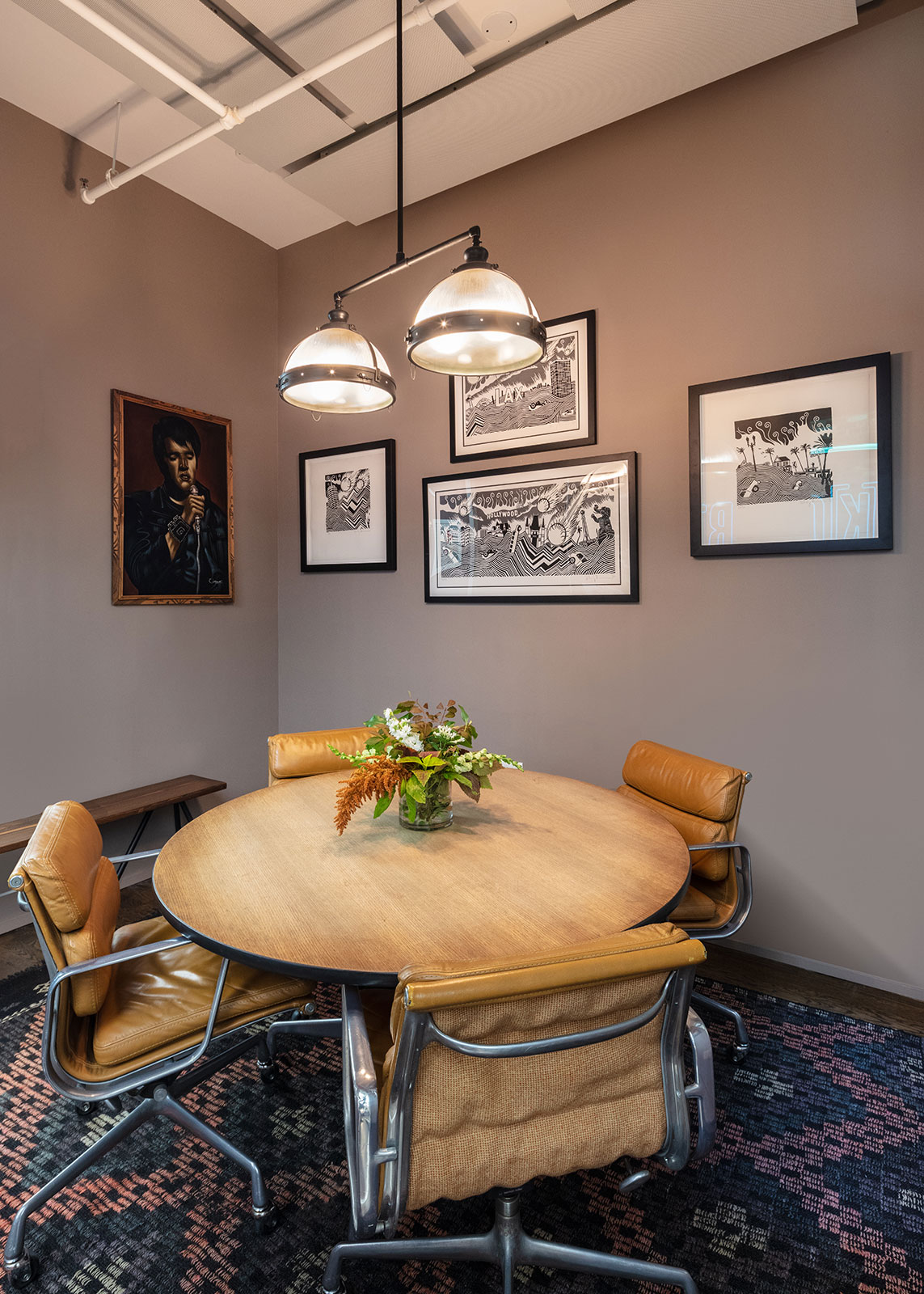 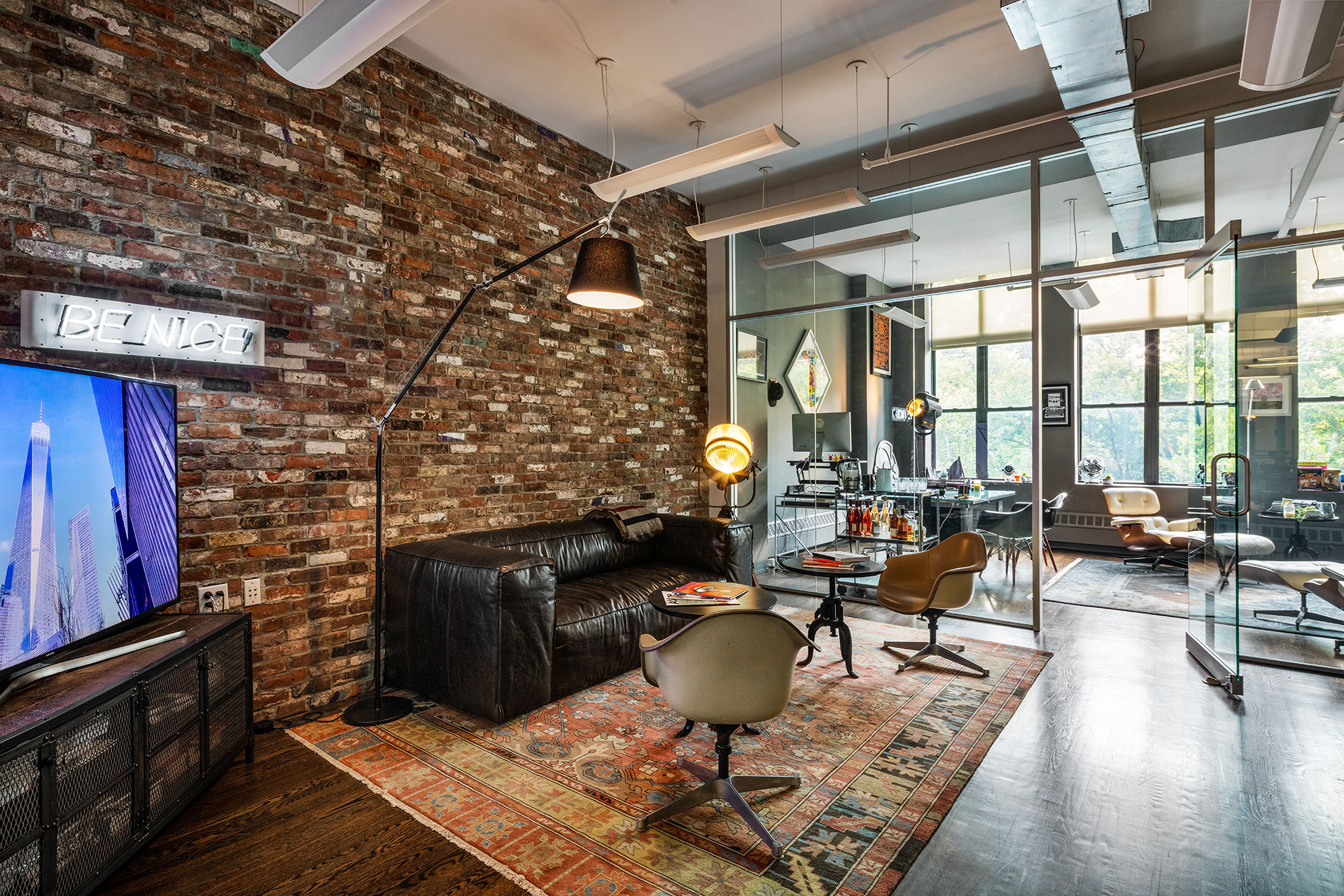 Kovert Creative is a creatively driven marketing and communications agency. 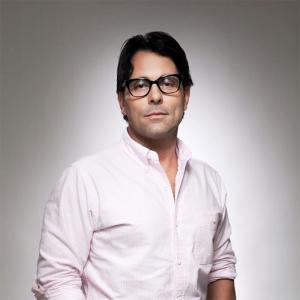