Even as the world begins to open up amid the pandemic, most folks are still working from home. We're continuing to check in with creative professionals to see how they're faring. Here's an update from Patrick O'Neill of Sherlock Communications. 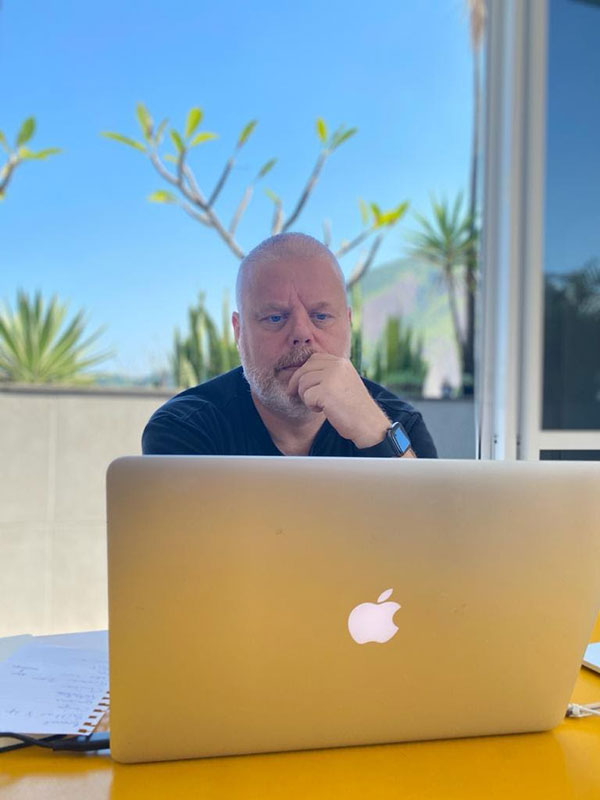 I'm a former chef, an immigrant for more than 30 years, a managing partner at Sherlock Communications—an award-winning PR and digital communications agency based in Latin America—and a self-deprecating gay man terrible at summing himself up in just one line.

I live two blocks from Copacabana Beach in Rio de Janeiro, which is exactly as exciting and exotic as you likely imagine. At the beginning of the statewide lockdown, I invited my Brazilian colleague Robson to move in with me, as I felt the area he lives in was not going to be very safe. Turns out I might have been better off moving in with him, as the local drug gang in his neighborhood implemented policies infinitely more sensible than the government's haphazard approach to this pandemic.

What have you learned about yourself during lockdown?

As much as it has been nice to have some company, it's also reminded me why I like to live alone. Robson's daily discussions with his Chilean girlfriend appear more dramatic than any of Brazil's (in)famous telenovelas. One day, teary-eyed, he promises: "You too will find true love in your life soon." The next, teary-eyed once more, they have separated, he's blocked her on social media, and he's telling me I'm "lucky to be a lonely old man." Wow, obrigado!

Although our events work has practically disappeared, we've seen growth across most of our markets and received various requests for proposals from tech, marketing services and gaming companies. We've also been busy collaborating with Mayo Clinic, which has been very satisfying, given the vital work they do across Brazil.

When you do you expect to return to the office?

Since we started the business a little more than four years ago, we have allowed the team to work from home whenever they wish, so in that sense it's not been a big issue. We do regular virtual meetings, and in May, all 50 employees logged in together from their homes to watch the PR Week Global Awards. They not only got to celebrate being highly commended in the Best Agency in Latin America category, but also got to poke fun at me as I sheepishly gave a speech after winning Best PR Professional in Latam.

We'll re-open our offices when we and the team feel it is safe, which, unfortunately, I don't think will be very soon in Brazil. Hopefully other countries, such as Colombia, Peru, Chile, Mexico and Argentina, can recover in the next month or so.

Fortunately, the worst impact the crisis has had on me personally is not being able to see my friends and family. However, by drinking lots of Argentinian malbec and speaking with them on weekly group calls, I'm holding up OK. Also, one of my friends leaves Fred, his dog, with me while he goes food shopping. It has quickly become a highlight of my week, so maybe Robson has a point about me being a lonely old man. 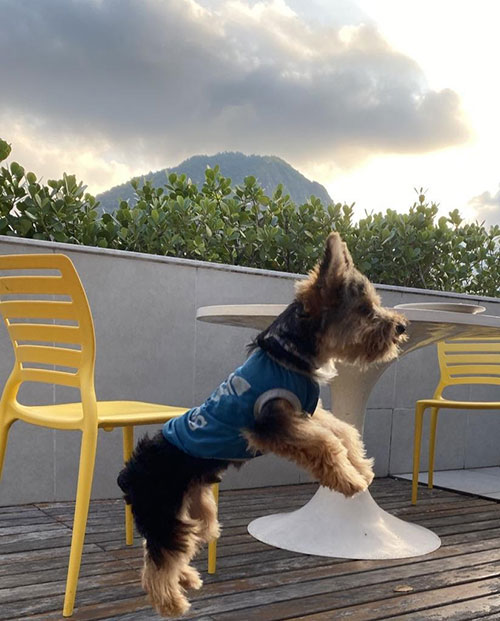 How are you dealing with childcare, if applicable?

Aside from Fred, it's not an issue for me. For the team, though, we are offering flexible work hours and appreciate that, for those with kids at home, we need to be understanding when it comes to scheduling calls—and the fact that the children may occasionally want to appear in the virtual meetings, too.

I'm a disorganized reader. I tend to have a number of books on the go at any one time and pick up whichever is nearest. At the moment I'm reading The Heart's Invisible Furies by John Boyne, and next will be The Amazon Journal of Roger Casement. Casement exposed the horrific treatment of the Amazon's indigenous population in the early 1900s, but eight years after receiving a knighthood from the British government, he was executed for treason.

As someone who works in media relations, what interests me the most about Casement's story is that the whole scandal was exposed by a small magazine yet would ultimately change the destiny of the Amazon. It was also the first time witness statements were taken from victims, and the final report was written in the form of a newspaper report rather than a legal document. That made it so much more accessible and helped generate public outrage, so to me it's a classic example of the power of media as a catalyst for positive change.

I like to start my day with a laugh, so a lot of Modern Family. I'm also watching a fun Mexican series called La Casa de las Flores, as well as Hunters on Amazon Prime. The last film I saw was the documentary The Great Hack. Like most people, I've also been using social media more and follow a number of professional photographers on Instagram, such as Getty Images photographers John Moore and Buda Mendes, and Dado Galdieri. Their work is inspirational and takes you places you would otherwise never get to see.

It depends on my mood. When I'm trying to pretend I'm a cool Brazilian, I love Tiago Iorc and Johnny Hooker. When I'm melancholic, David Zinman and the London Sinfonietta's version of Gorecki's Symphony No. 3, Op. 36. When I'm thinking of the pandemic and the people on the frontline, I prefer Peter Gabriel's live version of "Heroes" from 2010 in Verona. More recently, while trying to disprove the lonely old man theory, I've been listening a lot to Something About You by Elderbrook & Rudimental and Don't Start Now by Dua Lipa, although I must admit the latter often leads me down a TikTok rabbit hole. Lastly, on the rare occasions I act my age, I love The Sensual World by Kate Bush.

By lifting lots of glasses of red wine, letting my imagination run wild, and walking from bedroom to kitchen to living room to terrace, etc. Oh and downloading too many health apps, one of which I might even start using one day.

I've started to cook again, especially Middle Eastern and Indian thanks to Yotam Ottolenghi and Madhur Jaffrey. I've also started listening to The Brazilian Report podcasts and planted a herb garden on my terrace so waiting for it to bear, umm, fruit.

We started helping a charity in Rio that makes protective face masks. It was created by a group of women who earn around $10 a day for eight hours of hard work, so we produced a strategic communications plan that included generating media coverage and raising money to pay them for their work. They were shocked: "We don't want to make money from other people's suffering. Why do we need newspapers to write about us? We are not doing this to get in the papers and get praise."

After going back to the women, we explained that by paying them, they will be able to produce more masks and help more people. They accepted the financial support, but maintain they don't want media coverage (and we understand that!).

An aha moment since all this started.

I always knew the team around me was special, but the way they have dealt with this whole crisis has been extraordinary. Not only have they continued to produce incredible work for clients, they have also built relationships with many charities and NGOs that support the people most affected during health crises. That includes organizations helping people reliant on street garbage to survive, refugees, and of course the women producing the face masks.

On a business level, I think we're heading for a big economic downturn in Latin America. However, the impact will certainly not be uniform throughout the region and industry sectors—it's simply too big and too diverse. Remember, Latam stretches 7,000 miles and has over 626 million consumers.

On a wider level, I hope the world will take the opportunity to listen to scientists and health workers; that people understand the officials they elect do make a difference and are not all the same; that the health of the wider community is recognized to be as important as our own; that people stop thinking that because they saw something on Facebook it must be true; and that governments focus on protecting the environment and make businesses pay their fair share of taxes. Oh and that an early glass of wine continues to be seen as socially acceptable. 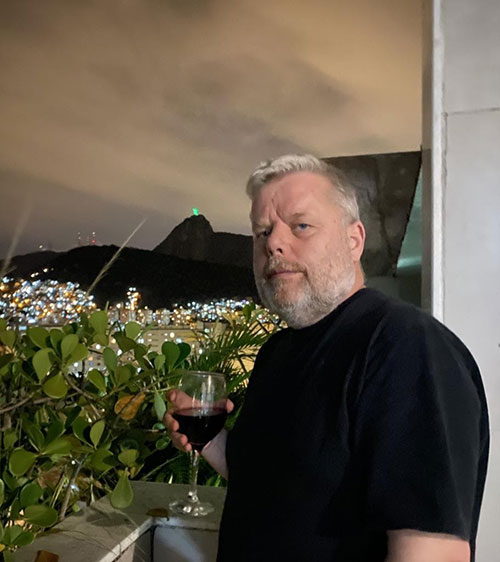