Fathers: The Worst Consumers in the World

Why dads remain an afterthought in family advertising

If I were a contemporary history professor, I would screen ads in class all day. If there is one discipline capable of portraying Western society in the past five or six decades with surgical precision, it is the advertising industry.

That is one of the good aspects of our profession: It is a concise and effective chronicler of its time. However, one of the bad aspects is: It's easy to stereotype and fall into the ordinary.

Sometimes, although less than we would like, we have the ability to be some sort of Bran Stark: From a creative point of view, we get ahead of our time and foresee the future. And I must insist, advertising creativity can sometimes actively contribute to the progress of society. One example we are currently experiencing is the role of women. It seems as if we were unconsciously trying to repair the mistakes of the past. Despite being one of history's most stereotyped icons, women inspire.

Dove's "Evolution" (2006) could have fired the starting signal, but around that time we were already seeing real gems such as Nike's "Suda el Jamón" (2007), in which a new type of woman was introduced.

Even with more recent campaigns, such as Always "Like a Girl" (2014), I've had the feeling that the advertising narrative is a few steps ahead of what you see on the streets.

However, I don't think paternity is one of those "issues" that is inspiring the creative world too much. Excluding a few rare occasions, the paternal figure is irrelevant, or a caricature, or doesn't even exist in mass advertising. Except for the automotive industry, of course. The paternal figure is the undisputed target in this case, which is, simply put, a stereotype.

Leaving out direct homages like Father's Day, it isn't easy to come across campaigns in which the father figure is easy to empathize with, such as in Dove's "#RealDadMoments" (2014).

And it just makes so much sense. Men as fathers are irrelevant consumers for many brands. Terrible consumers, even. If I were to advertise a product aimed at children or families and had a limited budget, I would invest my resources in the one real consumer: a mother.

It is a clear case of the advertising industry doing nothing but confirming a social reality. A society that is definitely evolving, true, but at a snail's pace.

I am a father to two children, and when my partner and I decided to have our first baby, we had to make a few decisions (euphemism for sacrifices) as a couple. She cut back on her working hours (euphemism for career advancement) and took on more responsibility at home. I did just the opposite. The reason was simple: I had more zeroes on my payroll.

I am not aware of the exact statistic, but I would bet this is the disheartening truth in many cases. I certainly have bought diapers, sugar-free cereal and leotards at Primark, but I am sure it is still only one-third of what my partner has purchased.

I am not Bran Stark, nor a particularly visionary creative, but I believe our industry's battle does not lie in creating a new father figure in our advertisements. The shortest way to get to that point where diaper brands see fathers, too, as a consumer, is by continuing to project that a woman that does not stand second in line. I am sure my children will see it. 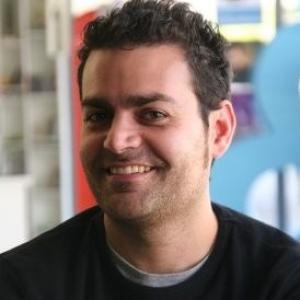