I'm the Anti-Mother in Advertising

Demystifying the role of the 'perfect' mom in ads

Ads always show dedicated, affectionate, organized and always-smiling mothers. So when I had my son, I thought: How have creatives gotten moms so wrong?

I have been a creative copywriter in Spain since 2010, and I've worked with all kind of briefs, including several where the target audience was mothers. I remember I had no trouble imagining that profile, because I had seen her many times in other ads. A 32-year-old married woman. She works but has time to exercise and takes care of her 3- and 5-year-old children. They have a beautiful Golden Retriever, and she's the envy of all her neighbors. Ah, how naive.

If advertising is kind of a real-life reflection, then that profile should resemble me now that I'm a mom, right? Let's see: I'm 34. I live with my husband, our baby and a cat who bites me. I'm up to my ears with work and my share of the housework. I'd better not talk about the gym. And i'm green with envy every time I see a carefree couple without children.

So if, during my little free time, I bump into an ad in which a mother gives off light and vitality—just like her long hair—that brand has hopelessly lost me.

Yes, advertising tends to idealize or exaggerate everything. But I honestly think it is about time to move forward and update both the roles and the looks of advertising moms. To make them more real, more human. It doesn't mean all brands must become Dove. But wouldn't it be wonderful if mothers felt truly represented in ads, that they sympathize with the actresses and models instead of ignoring them—or worse, detesting them?

So, I want to make a promise from here: For my next brief that asks for a mother, I'll reframe my image of motherhood and portray new (and authentic) types of moms—the cool ones, some a bit messy, others insecure, mothers who aren't a size 2, those who come home in time for a goodnight kiss, the "I am not just a mom" moms ... because all of them are ad mothers. (Here in Spain there is the expression "being an ad person," which means being perfect.)

Before saying goodbye, and after speaking to several male colleagues who have just become fathers, I'd like to suggest a companion article from them: What do creative men think about parenthood in advertisements? Do you feel represented, discriminated against, caricatured? In Spain, it's unusual to see dads in ads for household supplies or for any products for children. And when they do appear, it's to play the role of "messy father" or "clumsy father"—except when it comes to Father's Day ads, of course.

Now I need to conclude my article because I must leave to pick Hugo up from the nursery and spend some time together in the park. Or simply stay home watching cartoons, where I even might be able to lie down on the couch for a while, because mothers do this, too. 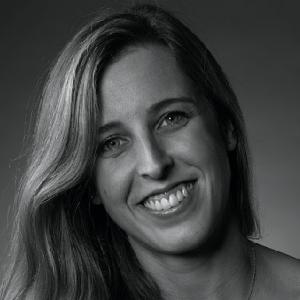