On Sunday, Madwell account supervisor Julia Blum returned home to New York after a weeklong trip to Australia. It was a journey she never planned, or even intended to take. In fact, it basically came as a total surprise, courtesy of her employer.

A few weeks ago, at the Brooklyn agency's regular Monday meeting, Madwell co-founder and creative chief Chris Sojka told staffers he would pay for one of them to travel to a destination of his choosing—so long as they agreed to leave immediately after their planned Oct. 11 staff conference at JFK Airport's TWA Hotel.

"What better way to break up the monolith of work than with a spontaneous trip?" he tells Muse. "I was open to any requests, and totally ready to choose a place and send someone there for an adventure." 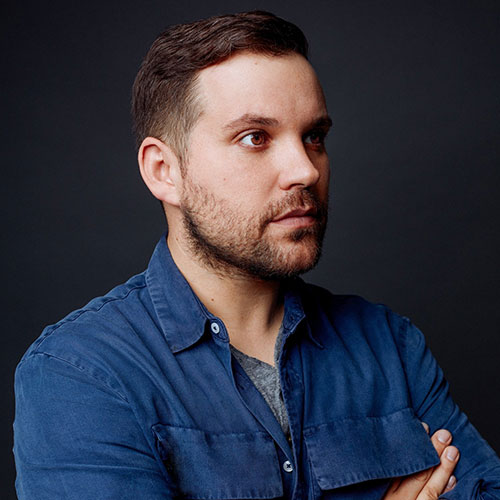 He told folks to email him. No one did.

So, at the JFK gathering, Blum spoke up. She told Sojka she'd always wanted to visit Adelaide, a cosmopolitan coastal city and the capital of South Australia.

Quickly, the wheels spun into motion. "My roommate left work early, went home, grabbed my passport, and brought it to JFK," Blum says. "I covered her cab fare, don't worry!"

Madwell's technology director loaned her a laptop, while colleagues offered sweaters and device chargers. Sojka purchased a $4,000 ticket, booking Blum's departure for 6:20 p.m. that day, with a return the following Sunday. Meanwhile, she contacted friends in Adelaide to arrange accommodations once she landed.

"I figured I should call my parents and let them know I'd be out of the country for a week," Blum says. "When I talked to my travel-agent mom, she informed me I would need a visa, and she went online and did it electronically for me right away."

While Sojka had originally planned on choosing the location himself, Blum won him over with her choice. "Since she was the first to ask, and [getting to Australia] required a full day of travel, I figured it would be appropriate to reward that level of ambition," he says.

Until Blum spoke up, Sojka wasn't sure if anyone would take the plunge. "It's a crazy offer," he admits. "Leave with no luggage, go on our dime. But we're in advertising. If we can't have fun in this business, what business can we have fun in?"

"I had blurted out 'Adelaide!' without thinking much," Blum adds, "but my reasoning was sound. My roommate's family lived there and offered to have me stay in the past, I have many friends that live there, and I had wanted to go since my sister studied there 10 years ago. Every year I tried to go, and every year, work, timing, money or something else got in the way."

Blum—who has spent a year at the shop, which counts Verizon brand Visible, Harmless Harvest and Danone as clients—doesn't fancy herself a huge risk-taker, "but I do like to push myself on occasion," she says. "I absolutely love to travel. If I have an opportunity to go anywhere, I pretty much take it, especially if it's semi-sanctioned by work."

Actually, this was 100 percent work sanctioned, and they were even willing to pay airfare. It's not like she had to quit her job to enjoy the journey of a lifetime, like this former Nike creative director, or everybody's favorite globetrotting agency couple. 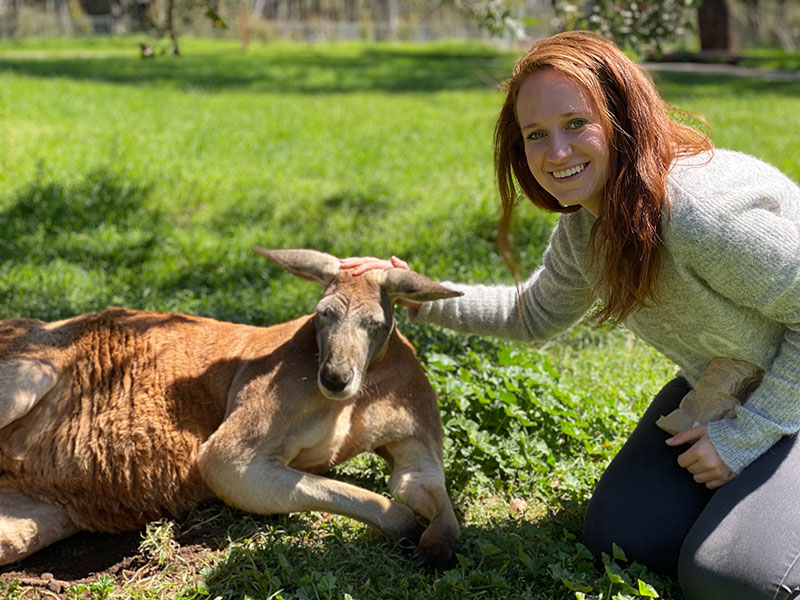 While overseas, Blum's only work assignment "was to bring back the tackiest mug she could find," Sojka says. "She did. Actually two mugs. As well as a silly hat and some kangaroo jerky. So it feels like a fair trade."

Blum texted some of her friends about what was unfolding, but "most of them thought I was lying," she says. "A few of their quotes: 'Don't lie,' 'Proof or I don't believe you,' 'I've never heard of anything like this in my life.' My roommate ended up being the one that confirmed that I was, indeed, on my way to Australia."

After changing planes in L.A., and spending 27 hours in the air traversing nearly 11,000 miles, she enjoyed a week of indulgence and discovery in the mellow spring sunshine of the Southern Hemisphere.

"I got to hold a lovely little koala, and I got to feed and pet lots of kangaroos," Blum says. "Aside from that highlight, it was great seeing both old friends and connecting with new ones. A lot of my friends put me in touch with people, and I ended up having drinks and dinner plans every night. I also got to explore three wineries in the beautiful South Australia wine region." 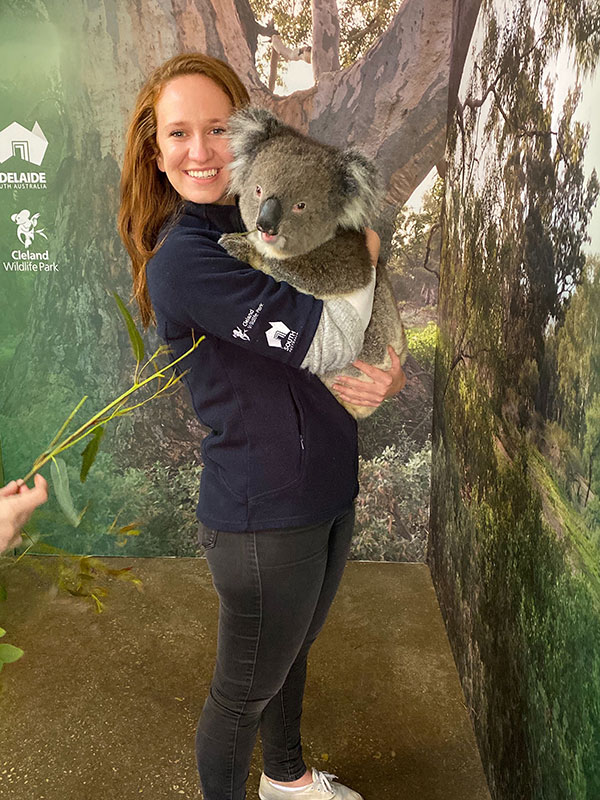 Of course, she kept her co-workers abreast of her Down Under doings via Instagram and Slack. Even so, "I worried, and I'm sure my team worried—and our lawyers would have worried, if I'd asked them—about her along the way," Sojka says. "But from what I understand, kangaroos tend to punch, not devour, and mostly punch one another at that."

Indeed, Blum returned in one piece, refreshed, relaxed and rejuvenated. And no local marsupial laid a glove on her.

So, Blum took a chance and treasures the experience. But did it change her, or lead her to some profound revelation?

"I don't know if I learned anything that new about myself," she says. "I did learn about other people. I've had many Aussie friends, and friends of friends, stay with me over the years, and last week I was paid back a thousand times over. Families took me in, bought me toiletries and clothes. Friends gave me outfits to wear. Friends of friends took me to dinner and toured me around. My friend's parents gave me so many Australian treats, there was no way I could finish them all. Strangers came up to me and said, 'I've heard about you, you're that American girl that flew to Adelaide,' and then would give me discounts, etc." (All told, Blum spent about $750 during the week.)

"Another key lesson I learned: Sometimes you have to stop planning, and just go," she says. 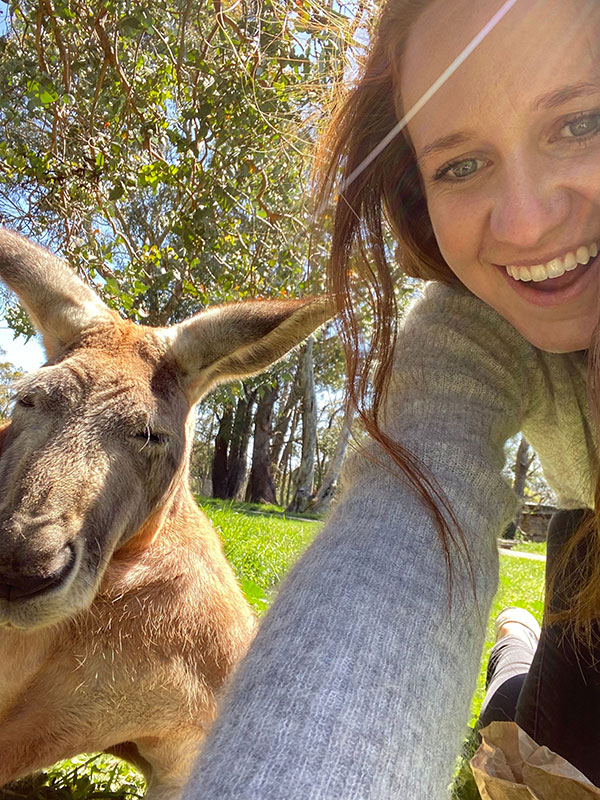 Finally, what does all this say about the agency brand and creativity? What's the big takeaway for Madwell, or the industry, if any?

"Publicity was not and isn't the goal," Sojka insists. "Keeping our agency committed to being a little mad is. It's in the name. Creativity comes from those unexpected journeys, the left and right turns you don't expect, and the experiences you internalize that convert into inspiration."

While he has no specific plans to make similar offers moving forward, "I hope these kinds of spontaneous events further cement themselves into our DNA—big and small," he says. "They don't all need to be weeklong trips across the world." 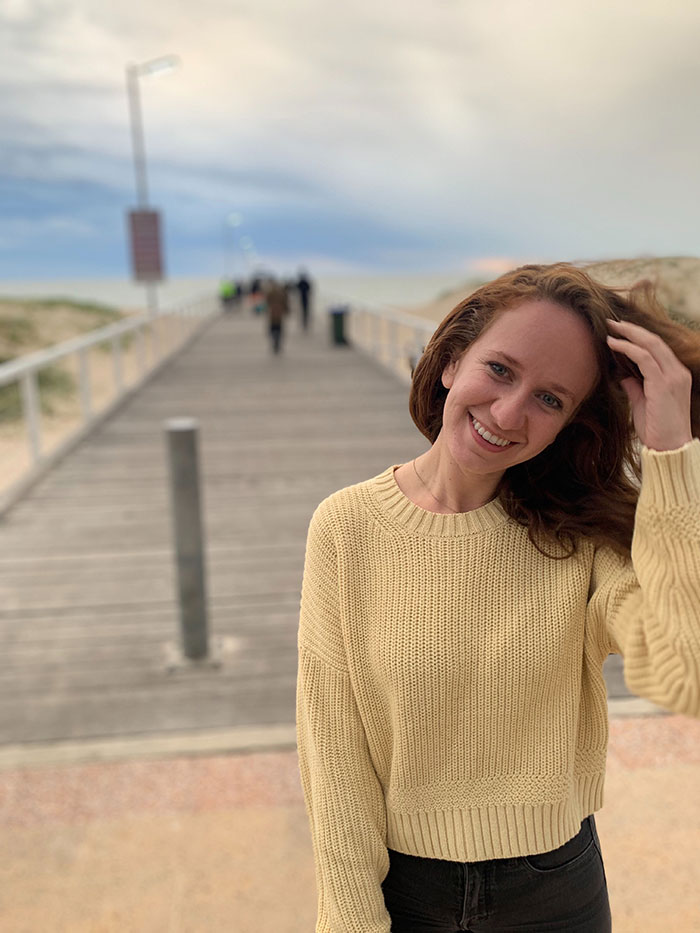