A career in the wonderful and maddening world of sports 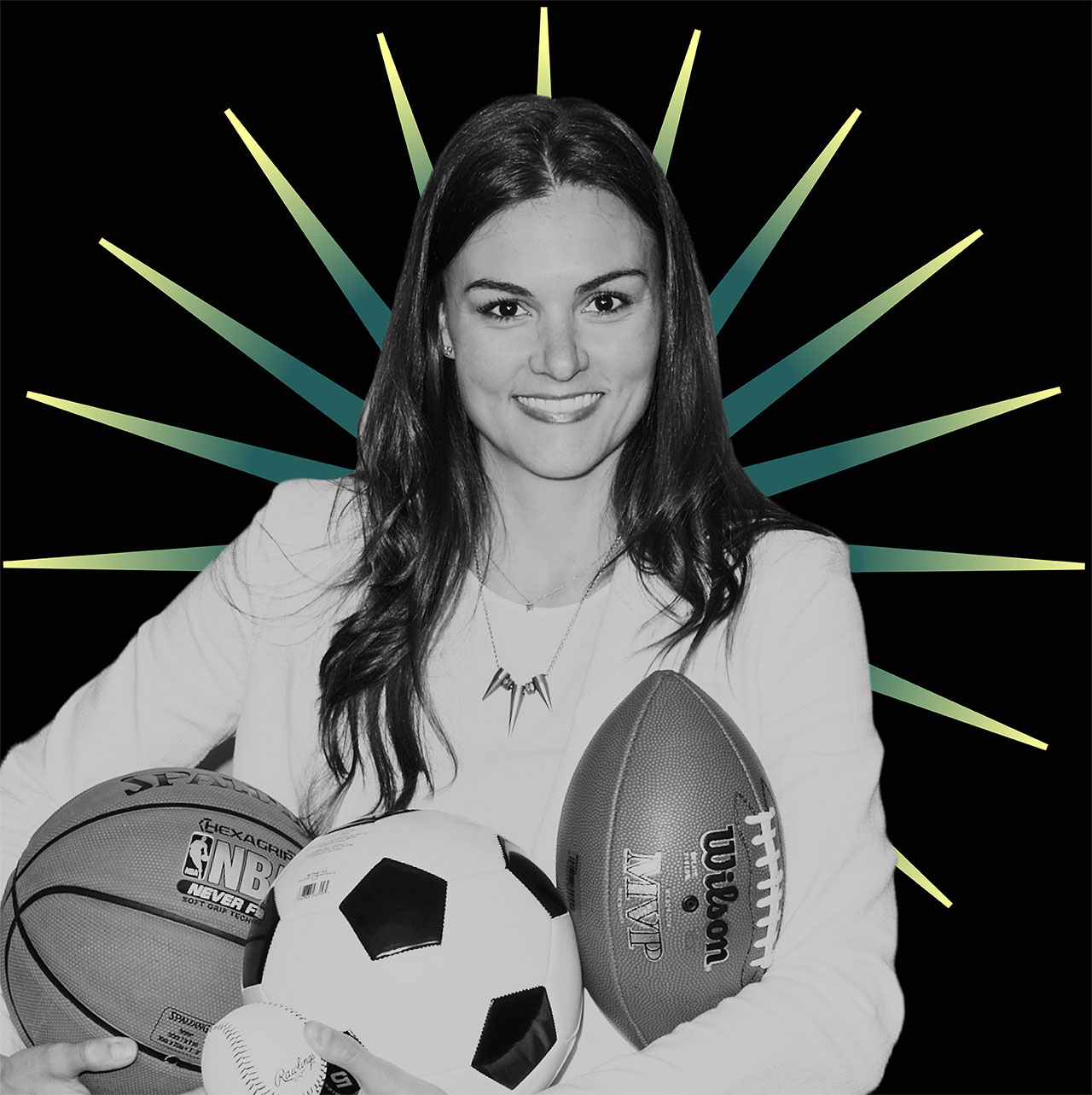 Amy Hudson is business operations and partnerships lead at Spotify, where she heads up the sports content division, which includes Bill Simmons' The Ringer network.

She joined Spotify in 2019 from Facebook, where she was head of sports media partnerships. Earlier in her career, she worked in sports production with both Turner Sports and NBC Sports, where she got her start on the award-winning show Inside the NBA.

Amy received a B.S. from St. Lawrence University, where she was on the women's basketball team that made two NCAA appearances.

We spoke to Amy for our Time-Out series, where we chat with folks in the sports world about their favorite athletes, teams, sports movies and shows, and their love of sports generally.

I was born in Atlanta and now live in Darien, Connecticut, right outside NYC.

Atlanta Braves' 1995 World Series season with Glavine, Maddux, Smoltz and C. Jones. I don't have one specific memory but that whole season I remember watching. It was the first time I was really emotionally invested in a professional sports team.

Well, clearly I'm an Atlanta sports fan ... for better or worse. I would say the Braves are my favorite but I LOVED watching the Hawks in the NBA playoffs this past season. They were fun to watch and showed so much heart. It's been a while since Atlanta has had a team like that.

I honestly don't have a favorite. I've worked in sports my whole career, so picking a favorite or singling out one person is impossible. There are aspects of many athletes that I respect and admire but the sweet spot for me is when athletes that are at the top of their game use their platform to advocate for others.

There are so many iconic sports movies that I love ... but for me, my favorite is Little Giants. It's a classic underdog story. Becky schools all the boys (it was ahead of its time when it comes to equality). Plus, Rick Moranis and Devon Sawa, what's not to love?!

I'm excited and proud of our recent partnership with the WWE. Spotify and The Ringer will be the exclusive home for WWE's audio content. The WWE has such an engaging fan base and by combining a best-in-class audio studio like The Ringer with a best-in-class content and entertainment brand like the WWE, we're excited to be able to create new audio content for those fans.

As a former athlete, sports teaches you many lessons. Sports are special and maddening. There is nothing else that can connect people of different backgrounds, absolutely drive you crazy and make you swell with pride, all potentially in the same day. Sports teaches you teamwork and resilience, two necessary traits to getting through life.

I would have a career in fitness in some capacity (which is sports world fringe).