Plus, her thoughts on Katherine Switzer and Amazon's lovely holiday ad

Note: This week's Time-Out is partner content presented by AT&T. 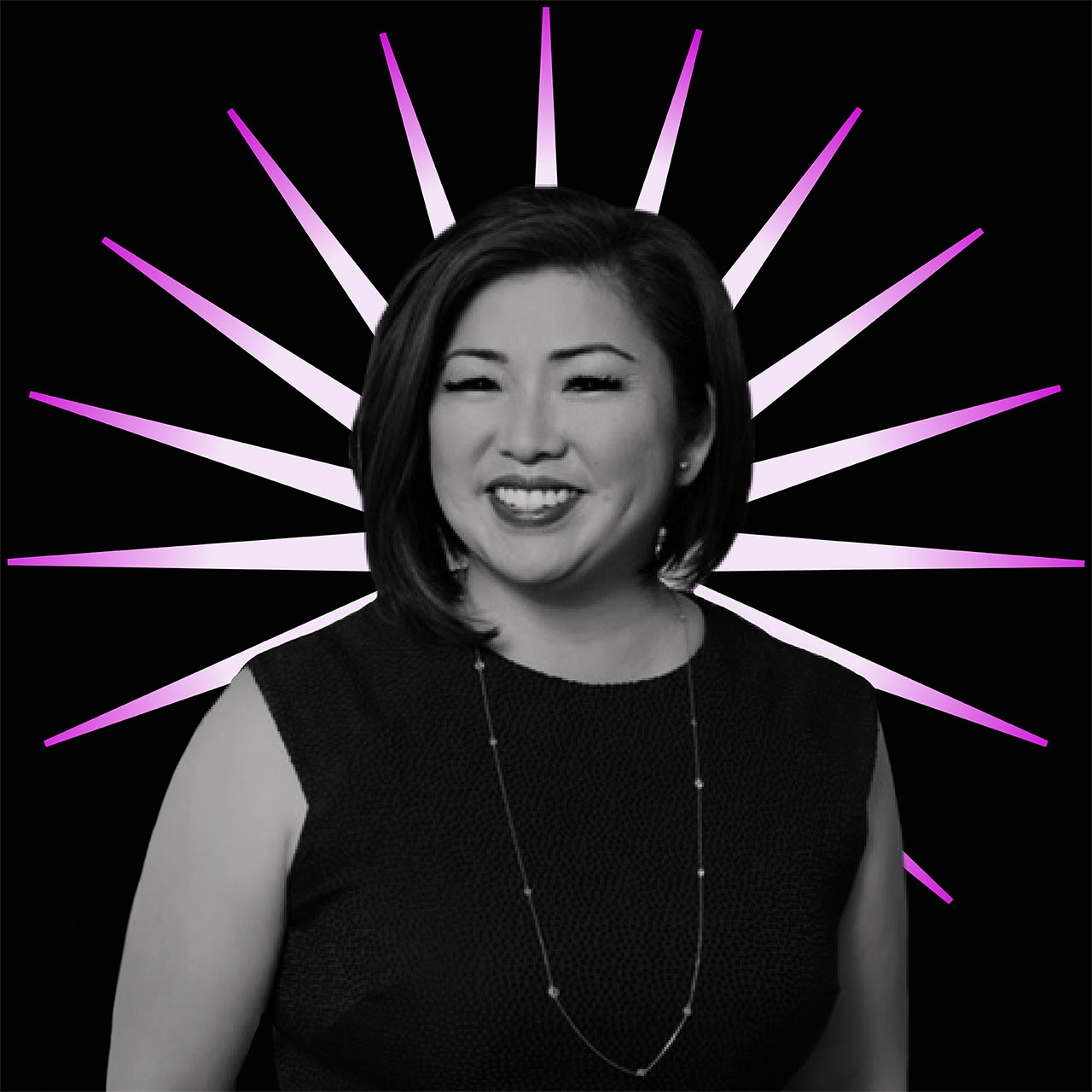 Shizuka (Shiz) Suzuki is assistant vice president of sponsorships and experiential marketing at AT&T. She is known as a tenacious, results-driven leader who has a consistent track record of leading teams and building the AT&T brand while pushing the envelope of innovation.

She currently leads the sponsorships and experiential marketing team at AT&T Communications, which includes partnerships across numerous sports and entertainment verticals. Shiz and her team bring fans closer to their passion for sports, entertainment and communities through on-site activations and social-digital engagements that elevate moments for fans with leagues like the NBA (including WNBA and NBA 2K leagues), U.S. Soccer and the NCAA; to events like the Tribeca Film Festival, AT&T Pebble Beach Pro-Am, the AT&T Byron Nelson, College Football Playoffs and NCAA Final Four; to teams, players and venues including AT&T Stadium and the Dallas Cowboys, Cloud9, F1 Aston Martin Red Bull Racing, LeBron James, Jordan Spieth and Alex Morgan; and other programs like AT&T Presents: Untold Stories for underrepresented filmmakers, and esports events with ESL and DreamHack.

We spoke with Shiz for our Time-Out series, where we chat with folks in the sports world about their favorite athletes, teams, sports movies and shows, and their love of sports generally.

I was born in a city called Shizuoka, Japan, which is at the base of Mt. Fuji. My parents and I immigrated to a small town called Litchfield, Minnesota, when I was 2 years old ("$200 and a dream," as most immigrant stories go), and eventually moved to Fresno, California, where my parents still live today. I moved to L.A. to go to college, and then eventually joined AT&T, where I've embarked on a multi-state adventure—San Francisco, Atlanta, Dallas and now back to Los Angeles.

Sports was a luxury growing up—we couldn't afford cable, and my dad was always working so we didn't have any traditions of watching sports together. But when he had a spare minute, he played golf at the municipal golf course. I once joined him on "a round" as I attached myself to his golf bag on the pull cart, like a koala to a tree, and he pulled me around for a few hours. But we did tune in for the Masters—you can never forget the magical camera angle going down Magnolia Lane to the iconic ANGC clubhouse. It was emotional to drive down it in person, almost 40 years later.

The Minnesota Vikings. I'm a loyalist. Not only do I stick with the teams that had meaningful impact early on in my life, but I coincidentally married someone who also grew up in Minnesota and is a huge Vikings fan—Peter is also an immigrant raised by a single mother and participated in the Big Brothers, Big Sisters program when he was growing up to keep him out of trouble. His Big Brother taught him the love of American football and the Vikings. Skol!

Katherine Switzer. For questioning the status quo of "women can't run marathon distances" and finishing the Boston Marathon in 1967—despite the race director trying to drag her off the course. Then fighting for other women to be allowed to run the Boston Marathon starting in 1972. As if that weren't enough, she was a visionary to see that women's marathons would be popular—and financially viable. She was able to convince one sponsor, Avon, to sponsor the Avon International Marathon. This annual event became so popular, she was able to use this as a proof point to the IOC—and the first women's marathon was introduced at the Los Angeles Olympics in 1984. I always remind my team of this story and that it only takes one person, one brand, to challenge the establishment and make a difference for future generations.

I always start off my morning listening to the Sports Business Journal Morning Buzzcast. It's eight minutes or less to bring you up to speed on the business side of the sports industry. I've recently found an all-female sports podcast called Burn It All Down, which I've really enjoyed for its untraditional storylines. During the NBA season I enjoy NBA on TNT, during the NFL season the MNF segment "C'mon Man," and otherwise get a lot of my sports news online through platforms like Bleacher Report.

Not to sound cliché, but Jerry Maguire has always been one of my favorite movies—from way before I got into the world of sports marketing. The "first date" scene where Tom Cruise takes Renée Zellweger is at one of my favorite L.A. restaurants—Pacos Tacos.

On video games, my loyalist nature surfaces—my favorite video game is the original NES Zelda. But during Covid I've invested some time into building my island Malbec on Animal Crossing and being a horrible sus on Among Us.

Being an inaugural WNBA Changemaker. Building on AT&T's commitment to the league, we became an inaugural member of the WNBA Changemakers program—a small collective of values-driven organizations on the forefront of lifting women's sports now and into the future. And as we kicked off, we were faced with the unique elements of a bubble—or "Wubble"—season. So we sprang into action and offered the athletes productive and empowering ways to use their down time, like offering weekly curated master classes on topics like building a personal brand and creating engaging and authentic content on social and digital media. This was custom built specifically for the athletes of the WNBA.

We also surprised every WNBA athlete with a new 5G device with AT&T 5G wireless service and a subscription to HBO Max on us for a year—so they are can stay connected to the people most important to them, and have access to the entertainment they love. We felt it was important to power—and empower—our athletes with our actions. I think it's one of the best examples of a modern and impactful sponsorship that goes beyond your traditional awareness assets.

And just launched—the She's Connected by AT&T series. Continuing our support of women in sports and women in business, this series and program is focused on making impact for these women who have "no off-season." We created documentary-style videos with Courageous Studios to tell the stories of world-class athletes Chiney Ogwumike (WNBA, LA Sparks, ESPN personality), Alex Morgan (co-captain U.S. Women's National Team, author and founder of a media company and new mom), Sue Bird (four-time WNBA champion with Seattle Storm, four-time Olympic gold medalist and activist) and Maria Fassi (LPGA, AT&T athlete and aspiring philanthropist).

In addition to a providing them a platform to share their stories, we're offering them mentorship by other successful women entrepreneurs and ensuring they have the technology and connectivity they need to run their businesses and side hustles with AT&T Small Business services, all on us for a year. Chiney is "tipping" us off with her incredible story; you can watch hers below. As a woman in the sports marketing world working for a brand and a company of action, I am very proud to bring impactful sponsorship programs to support the female athletes of today, which also creates new opportunities for the next generation—so young girls can see that they can achieve their dreams on any field, court, course, front office or boardroom.

Amazon's "The Show Must Go On" for the 2020 holiday season. It beautifully tells the story of the challenges of 2020 and the resilience across communities, and for families and individuals to come together during this unusual holiday season. The commercial also has a heavily diverse cast, and features a woman of color, a dancer by the name of Taïs Vinolo.

Sports is an incredible passion point for many people for many reasons—the entertainment, the competition, the culture, the pure athleticism. And sports also has the ability to connect people; across generations, families, friends and with complete strangers.

What you'd be doing if you weren't in your current role.

Travel and food vlogger. I love seeing and experiencing what brings people and communities together. And sharing those stories with others is a way to connect with and hopefully show others that people are actually more similar than different—no matter how distant the location or distinct the cultures.