Nick Martini of Stept Studios on Storytelling in Sports, From 'North Country' to North Face

Plus, working with Jimmy Chin and the dazzling world-building of Dune 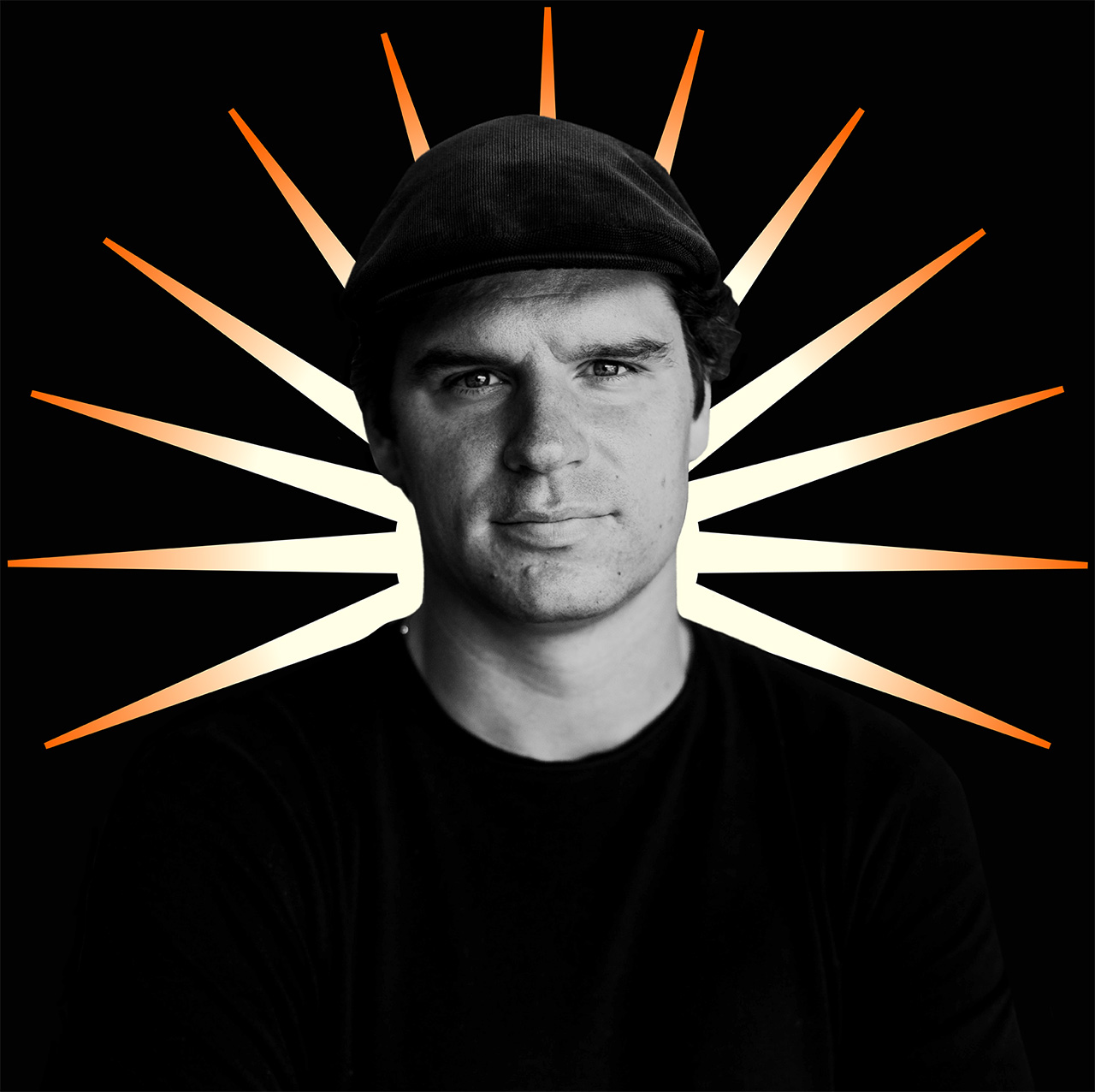 Nick Martini is founder of Stept Studios, a combination production company, creative agency and post production company recognized for its award-winning branded films and content. Stept has drawn world-class talent to its roster, such as Academy Award-winning directors Chai Vasarhelyi and Jimmy Chin, and attracted some of the biggest brands in sports, including Nike, Bose and Oakley.

Nick fell in love with filmmaking while skiing professionally in remote corners of the globe. After a series of injuries, he quickly ended up behind the camera and found his true calling. Athletic and automotive brands came calling for Nick to direct commercials and branded documentaries. His work has captured some of the world's greatest athletes and exotic locations as well as the magic of real-life characters and authentic environments. Nick has recently directed films for Ford, Toyota, Hyundai, Oakley, New Balance, Got Milk, Panerai, Tim Hortons Donuts, Miami Tourism and Columbia.

We spoke to Nick for our Time-Out series, where we chat with folks in the sports world about their favorite athletes, teams, sports movies and shows, and their love of sports generally.

I grew up in Boston, but I spent the majority of my childhood skiing in the mountains of New Hampshire. That was really my introduction to athletics. But yeah, Boston and New Hampshire, then I migrated to Los Angeles, with a stint in Boulder for eight years in between. From the city to the mountains and then to L.A. to firmly root myself in the film world.

It has to be skiing because I started skiing at 2 years old. I went down the hill in a harness attached to my parents. You're more or less limp, they're holding you with ropes, and you're sliding down the mountain. I spent a lot of time on the mountain as a toddler. I have really early memories of being with my parents and going a couple of thousand feet up a mountain on a lift. I remember it felt super exciting—like you were on top of the world. My mom always says that the reason we became such good skiers is that she would put our skis and boots on at like 2 years old and leave us in the backyard for 5 or 6 hours on flat ground. So we grew up with skis on our feet. As a result, I don't really think of it as a sport, it's just an extension of me. I ended up skiing professionally for seven years out of high school.

I've always been more into the fringe-type sports—skateboarding, skiing and snowboarding. So even though my life has revolved around athletics and sport, it hasn't been in the traditional sense. That said, the two teams that I follow are the Red Sox and the Patriots, purely because I'm from Boston. I was honestly never a diehard fan, but my dad had season tickets to the Red Sox at Fenway Park, which are crazy coveted and it takes people years to get (and then they never let them go).

The people we sat next to at the games had those season tickets for 30 or 40 years. So you're sitting next to the same people every week for 30 years, and you get to know them. It's actually pretty amazing. One guy who sat next to my dad ended up in the hospital and my parents would go to visit him and help him out. Just because he sat next to them at Fenway.

I've spent the past 10 years working with teams and celebrity athletes, but ironically, I've been most impressed with some of the people in fringe sports like rock climbing. For me, I don't watch someone throw a football and think "This is superhuman," but when I watch a person hang off a 3,000-foot cliff without ropes, I'm like "This is some Spider-Man superhero s**t." It's pretty wild.

Jimmy Chin is a great example. I've known Jimmy for almost 15 years and I've worked with him on and off for the past seven, collaborating on a ton of projects for brands like Ford Bronco and Panerai. This year he signed on with us as a director and I've formed a deeper relationship with him as a filmmaker. The outdoor adventure space has a lot in common with filmmaking, I think. You're taking calculated risks, planning your path, finding the footholds and adapting to changing conditions. It's great cross-training.

The Bomb Hole, which is a snowboard podcast hosted by pro rider Chris Grenier and photographer E-Stone. They have guests each week. It's great to have a podcast filled with athletes I look up to, but these athletes—skiers and snowboarders—don't have the press scrutiny NFL and NBA players have. They can really open up and candidly talk about crazy partying, things they love and things they hate, which I really dig.

I want to say something like Hoosiers or Rocky, because they're obviously classics that everyone can agree on. But I have to confess that I recently watched The Replacements and was reminded how much I love it. Yes, it's cheesy and sort of dumb, but it's also a classic. It's an underdog story that stars Gene Hackman and Keanu Reeves—what else could you possibly want? Also, Caddyshack will always be top three for me.

North Country, a short documentary about America's oldest ski shop—and it's also the story of a family. Lahout's is a family-run store that has been selling sporting goods in New Hampshire since 1920. It took us four years to make it and to tell the story of the Lahout family and the store's legacy. This film was a real passion project and we were lucky to get financial support from several partners. Eight different brands ended up contributing. Most of them had their products in Lahout's stores for decades, and wanted to support the story. They gave up complete creative control, which was amazing. It's a 15-minute film that shows our documentary capabilities. It's been making the festival rounds for about a year and is also available online.

"Have You Ever," a recent spot we did for The North Face, is another one because it highlights such an incredible individual. It features Betty Reid Soskin, who is the oldest National Park Ranger in the country. She just turned 100 years old! It's insane—this centenarian Park Ranger is still holding it down! I love The North Face piece, too, because they go back to our roots. They were the first brand we ever worked for, and it was great to circle back a decade later and do a bigger campaign with them. And to have Betty's story as the backbone of the campaign—and have her narrate—was incredible.

The North Face | Have You Ever?

Dune. I've always been obsessed with The Lord of the Rings, Star Wars and the building of an entire fictional world. The world that was built for Dune is extremely impressive, and I think over the next 10 years, as a couple more of those films come out, it's going to hopefully become one of those things that we're all familiar with like Star Wars and The Lord of the Rings. World-building in general is a big task, and it's fascinating to me. You're inventing languages and landscapes and planets. I don't even know how those people do that, but it's always very fun to immerse yourself in.

It can bring people from all different backgrounds together. It's a catalyst where 50,000 people will go to watch a soccer game in a massive stadium, or you can just watch with your friends at a dive bar. That's my favorite part about sports, honestly.

I don't consider myself officially in the sports world, really, but skiing is where I cut my teeth as a filmmaker, so it's an integral part of Stept's origin story. And we still tell all kinds of sports stories, with athletes, or action-oriented, or more emotional narrative pieces, too. It's really hard to imagine what my world would be like without them. Without sports, I think I'd still be in the film industry or creative world, telling human stories. I think I'm lucky because ultimately I can't see myself really doing anything else.