Michele Tafoya on Tom Cruise, Ted Lasso, and Her New Life in Podcasting

Plus, her favorite athletes, sports memory, sports movie and more 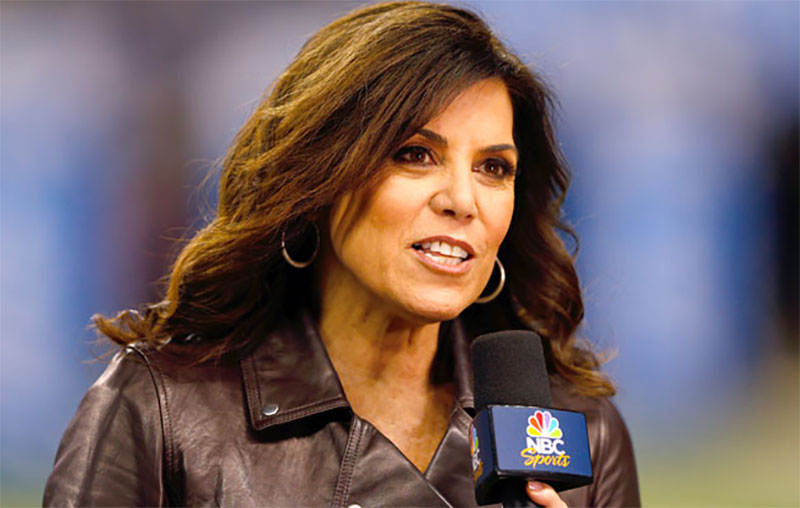 Michele recently announced her retirement as longtime sideline reporter for NBC's Sunday Night Football. After her last game at Super Bowl LVI in 2022, she announced her involvement as co-chair for Republican candidate Kendall Qualls' campaign for governor of Minnesota. She also recently appeared as a guest host on The View as well.

With a career spanning over 20 years, Michele has covered nearly every sport and helped pave the way for the younger generation of women sportscasters. Tafoya received a bachelor of arts degree in mass communications from the University of California, Berkeley, in 1988, and an MBA from the University of Southern California in 1991. She currently resides in Minnesota with her family.

We spoke to Michele for our Time-Out series, where we chat with folks in the sports world about their favorite athletes, teams, sports movies and shows, and their love of sports generally.

I grew up in Manhattan Beach, California. I now live just outside Minneapolis, Minnesota.

I haven't been allowed to be a "fan" of a pro team for so long! So now it's whatever baseball team my son is playing on … or my daughter's soccer or basketball team. And always, always, the U.S. team at the Ryder Cup.

This is so tough. There have been so many through the years. Tiger Woods will always get my attention. But Michael Phelps is also legendary.

Honestly, Ted Lasso. Does that count?

Miracle. One of the greatest stories of all time—and it's true. Plus, my dear friend Al Michaels is featured prominently!

Tom Cruise and his sequel to Top Gun. Who would have thought that 36 years after the original, Cruise would be able to continue the story in such an engaging, entertaining and patriotic way. Quite a feat given the political climate of the day. Oh, and he edited back in the flag of Taiwan. Bravo.

Bring people of all walks of life together to cheer for a team they love. I've seen complete strangers hugging and openly weeping after their team won a Super Bowl.

What I'm doing now that I've retired from Sunday Night Football. Engaging in civil discourse about important issues through my podcast, Sideline Sanity.