Also, Rocky III and how sports brings people together 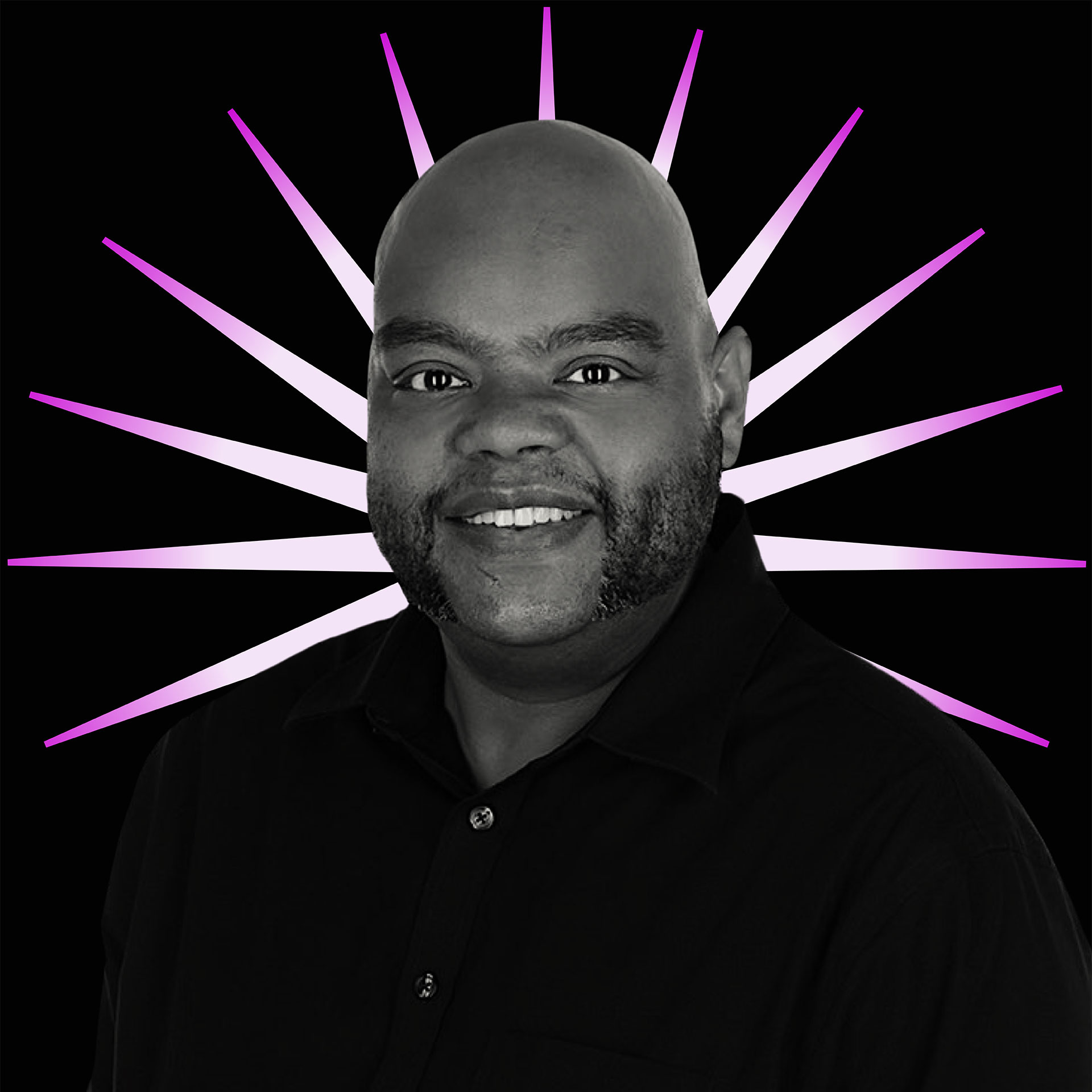 We spoke to Jorge for our Time-Out series, where we chat with folks in the sports world about their favorite athletes, teams, sports movies and shows, and their love of sports generally.

I'm a first-generation New Yorker, with parents who immigrated from the Dominican Republic (known as The D.R.), back when TVs were black and white but the world was turning a million shades of grey. Like many of us "Dominican Yorks," as we were called, I grew up living in both the United States and Santo Domingo, finishing my high school days in Stamford, CT; and after living all over the place for two decades, I have enjoyed an eight-year stretch in Atlanta, GA.

My first vivid memory is the 1981 World Series, between the New York Yankees and Los Angeles Dodgers. If you're into reading bios from jurors for the Sports Clios, you do not need a sermon on the importance of baseball to my native country. It was my first year living in The D.R. full-time, and as a native New Yorker, I loved the Yankees. Dave Winfield was my favorite, and a huge addition to the team that won back-to-back titles in '77 and '78.

Unfortunately, everyone in my family and practically the rest of the country was rooting for the Dodgers because one of our own, Pedro Guerrero, was the starting right fielder and Fernando Valenzuela took the entire Latin American community by storm that year. It was my first year living on the island, and I definitely felt like I was on an island during that series, which the Dodgers won in six games.

Well, you already heard about the Yankees. And, while I cried when they lost, I was living in New York City when they dominated baseball, winning four World Series rings in five years. I also am very fond of Las Aguilas Cibaeñas of the Dominican Winter Baseball League.

In the football world, Mean Joe Greene was my first idol so I have a soft spot for The Steel Curtain. But, as a New Yorker living outside of NYC, I carry the Gang Green colors of a die-hard New York Jets fan. Our #1 claim to fame, other than Joe Namath's guarantee in Super Bowl III, is we are anything BUT bandwagon fans. Why the Jets instead of the Giants? Would you believe it was because my house was painted green and white?

I enjoyed the Knicks and the Rangers while in NYC but didn't take them with me when I moved. Since coming to Atlanta, the Hawks and Atlanta United have become my local favorites. And as a soccer fan, I carry Arsenal with me everywhere I go, which has been tough these past few years.

This is always a difficult question because choosing one is nearly impossible. But, if I have to, the answer is Don Mattingly. Donny Baseball played for the Yankees during the worst time in their history, 1982-1995. He's by far the most prominent and successful Yankee to never play in a World Series. But he was pure class, a phenomenal ball player, and while so many hated the Yankees during those Steinbrenner years, no one had a bad thing to say about Mattingly.

Of course, I was a kid during that time, and professional athletes are basically superheroes to kids, with their stats proving their super powers. Yes, I can recite his 1984-1986 stat lines by heart.

I've become a big fan of The Ringer NBA Show, and because I enjoy watching sports in general, I fluctuate a lot depending on the season. My soccer fandom has exploded the last dozen years or so, so SiriusXMFC has become a staple in the car.

But perhaps my biggest binge is the Olympics. I basically take naps in between TV programming for 16 days every time they're on. And while Team USA basketball is fun, I want the sports you only watch once every four years. It's the time for those athletes to get their shine on. So of course, during the Winter Olympics, it's curling. It's basically crack for me.

There are about 20 sports movies I can honestly say I've watched 25 times. And they are all over the place. So, honestly, not a fan of this question because you're making me single one out. In order for me to avoid over-caveating and providing a million scenarios as to why one is better than the other, I'm going to simplify this for me.

What's the one sports movie I have watched the most in my life? The answer is without question, Rocky III. It's a movie that came out when I was young, and thus, enjoyed what seemed like 100 times in a week (as anyone with kids can attest to). It was the beginning of VHS, it was the beginning of cable TV, so it was on ALL THE TIME. It was the same year Sylvester Stallone came out with First Blood (the first modern action movie), so he was on top of the world.

It has Mr. T as Clubber Lang with his killer mohawk. It has Hulk Hogan as Thunder Lips right when WWE was exploding (back then, called WWF). It has Carl Weathers as Apollo Creed, arguably the greatest "non-boxer" in a boxing movie ever, playing essentially Muhammad Ali and teaching Rocky how to be a boxer vs. a brawler. And let's not forget Adrian, giving the greatest "wife-hype" speech ever on the beach. From that speech to the run on the beach, it is perhaps the best training montage ever. Sure, Rocky IV is killer… but my man really learns how to box in Rocky III. Anyone who wants to have hours-long conversations about the Rocky franchise, please feel free to call, email, link-in, insta, Facebook, or Morse Code me.

As a founding partner for a very new creative agency, we're just getting some of our work out into the world. Luckily for us, our first piece connected with culture in a meaningful way. Our client BLK, a national dating app under the Match.com family, was in a unique position to inspire young Americans to do their part to drive vaccination numbers up, and help the fight against Covid-19.

To answer the call, we created an unexpected PSA reuniting Juvenile and Mannie Fresh with a surprise appearance by Mia X to recreate the #1 hit single, Back That Thang Up, with new lyrics asking folks to "Vax That Thang Up." The piece generated nearly 7 billion media impressions, garnering coverage from most every major news, music and culture outlet in the western world. On Twitter, John Legend crowned it "The Official Song of the Summer."

Vax That Thang Up

I'm a big fan of great, bold work. But, I'm a bigger fan of great, bold work highlighting great, bold initiatives from brands. And last year's Super Bowl spot for GM was a perfect case study for those two aspects working seamlessly. Loved the campaign starring Will Farrell and Kenan Thompson heading to Norway to take over the #1 spot as the country with the most electric vehicles.

I just loved that they took what can come across as a very serious and preachy subject (i.e. global warming) and gave it a uniquely fun and entertaining spin, while not losing the plot. GM's ambitious and bold claim to be "100% electric by 2035" is quite the flag plant, especially given the political climate we are in today. I appreciate the statement and look forward to seeing it come to fruition over the next dozen years. I also look forward to seeing how many more aspects of the vehicle will become flat screen monitors, like Cadillac's new grilles.

Sports is, like, the mashing of everything in life. I know that sounds like hyperbole. But think about it. Sports is historic but also in the moment while giving fans hope for the future (see: Jaguars fans after drafting Trevor Lawrence). Sports is artistry, poetry in motion, and also fierce and raw. It can be as glamorous as a ballet and as intense as a battle. Sports is physics and math and chemistry and physiology, not to mention psychology. Sports is emotional and rational, data and instinct, tangible and intangible, arguable and inarguable. Sports is local and global. It's something played by children and elderly, by individuals and teams, on grass, clay, concrete, dirt, water, snow, water, in the air, with your hands, feet, head, heart and soul. Sports makes you laugh, cry, smile, yell, fight, and hug. It can make the best of friends hate each other and complete strangers love each other. It forms your opinion on colors and cities, people and places, vacations and, at times, vocations.

I've always liked the idea of being a driver. I don't mean like a fancy racecar driver. I mean, like Jon Favreau for Iron Man, a driver/"looks tougher than he actually is" security guard/jack of all trades guy. I love driving, so if any of you need a professional driver who can also book travel reservations, build better than average decks with lower than average design skills while carrying crazy amounts of state of the art alien tech, let me know.