Plus, adventures in Floorball and the chipmunks versus the trains 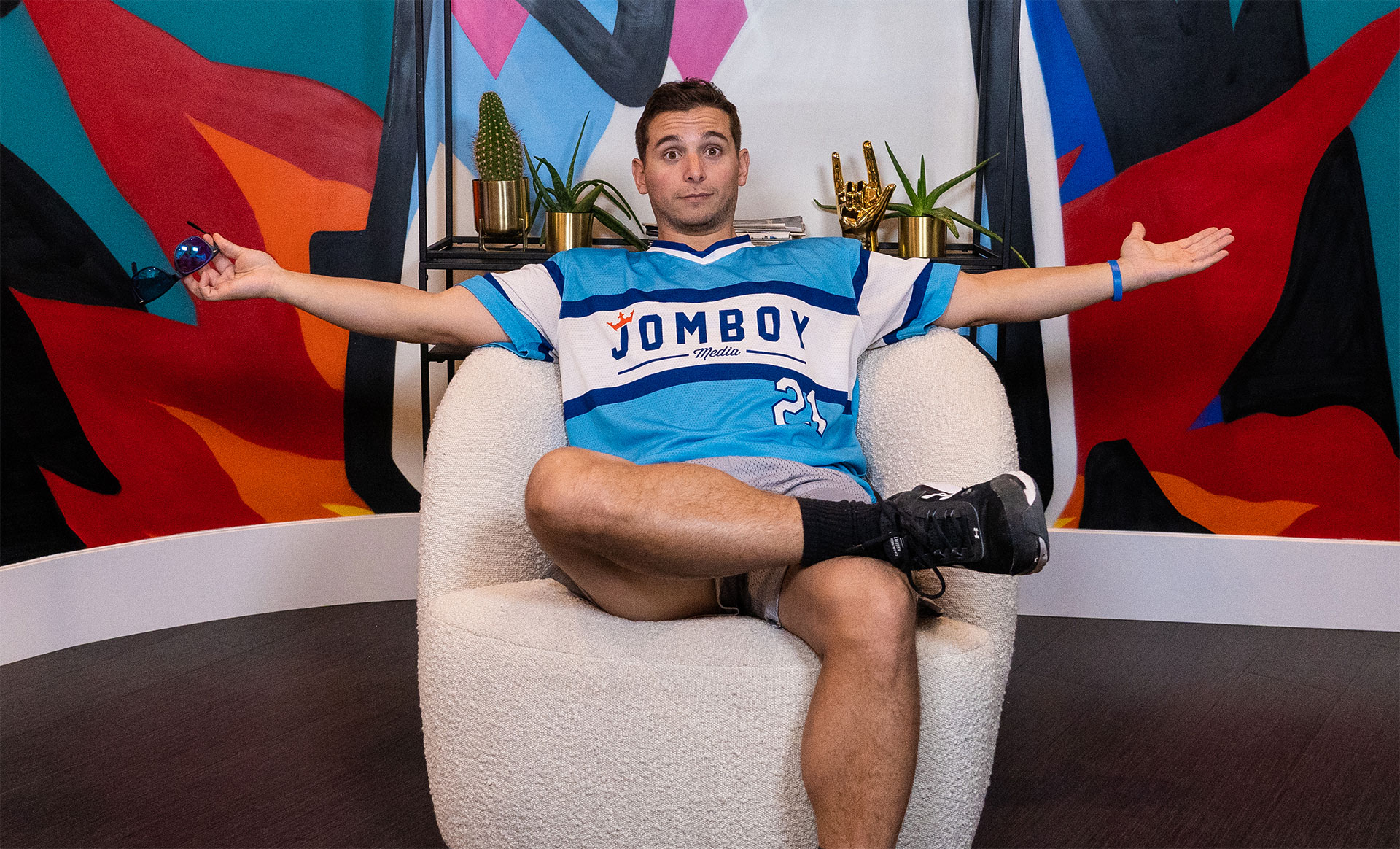 Jake Storiale is VP and co-founding partner of Jomboy Media.

"Talkin' Jake" is also co-host of Jomboy Media's most popular shows, including Talkin' Baseball and Talkin' Yanks, both of which are staples atop Chartable's list of baseball podcasts in the U.S. Jake also hosts his own morning show, Wake N Jake, in addition to contributing content to Amazon, the YES Network and NESN alongside founder Jimmy "Jomboy" O'Brien.

We spoke to Jake for our Time-Out series, where we chat with folks in the sports world about their favorite athletes, teams, sports movies and shows, and their love of sports generally.

I grew up in Middlebury, Connecticut, and bounced around to Dallas and Denver before settling down in New York City.

I was 2 years old, sitting on the couch, and my parents saw me entranced by the TV. They asked me what I was watching and I told them. "I'm watching the chipmunks versus the trains." My parents, concerned, came into the living room to see that I was watching the Purdue Boilermakers playing the Minnesota Golden Gophers in football. They were relieved.

The New York Yankees. My father was a big fan, and growing up during the '90s dynasty was a great way to be introduced to baseball. Also, having grown up in Connecticut, I'm a massive UConn Huskies fan. My one oddball team is the Denver Broncos because of Terrell Davis. What a stud.

Bernie Williams. I love the way he played the game, and my mother had a crush on him.

I grew up loving SportsCenter and Pardon the Interruption, but now I pretty much only consume our content here at Jomboy Media. I'm still a huge fan of Scott Van Pelt and Ryen Russillo.

I think it's The Replacements? Yes. So funny. It's a great movie. It's really underrated all-time.

We recently aired our Floorball tournament, which was the biggest production we've ever done at Jomboy Media. The whole team worked on it. Now, there are people out there watching me play the Nordic sport of floorball. I still can't believe this is my job.

The Derek Jeter documentary, The Captain. It evoked so much nostalgia for me, which I expected going in. What I didn't expect was how they tapped into and unearthed stories I'd never heard before.

It's the best reality show on television, easily. You have other shows trying to make up and manufacture the drama. Sports have that ingrained in them. A lot of that comes from the human side of sports. We get to know these players. We hear their stories and we connect with them on a real level. That's part of what makes our own shows successful. Fans care on a deeper level than just wins and losses.

I would be working as middle management, talking sports and making jokes with my co-workers.