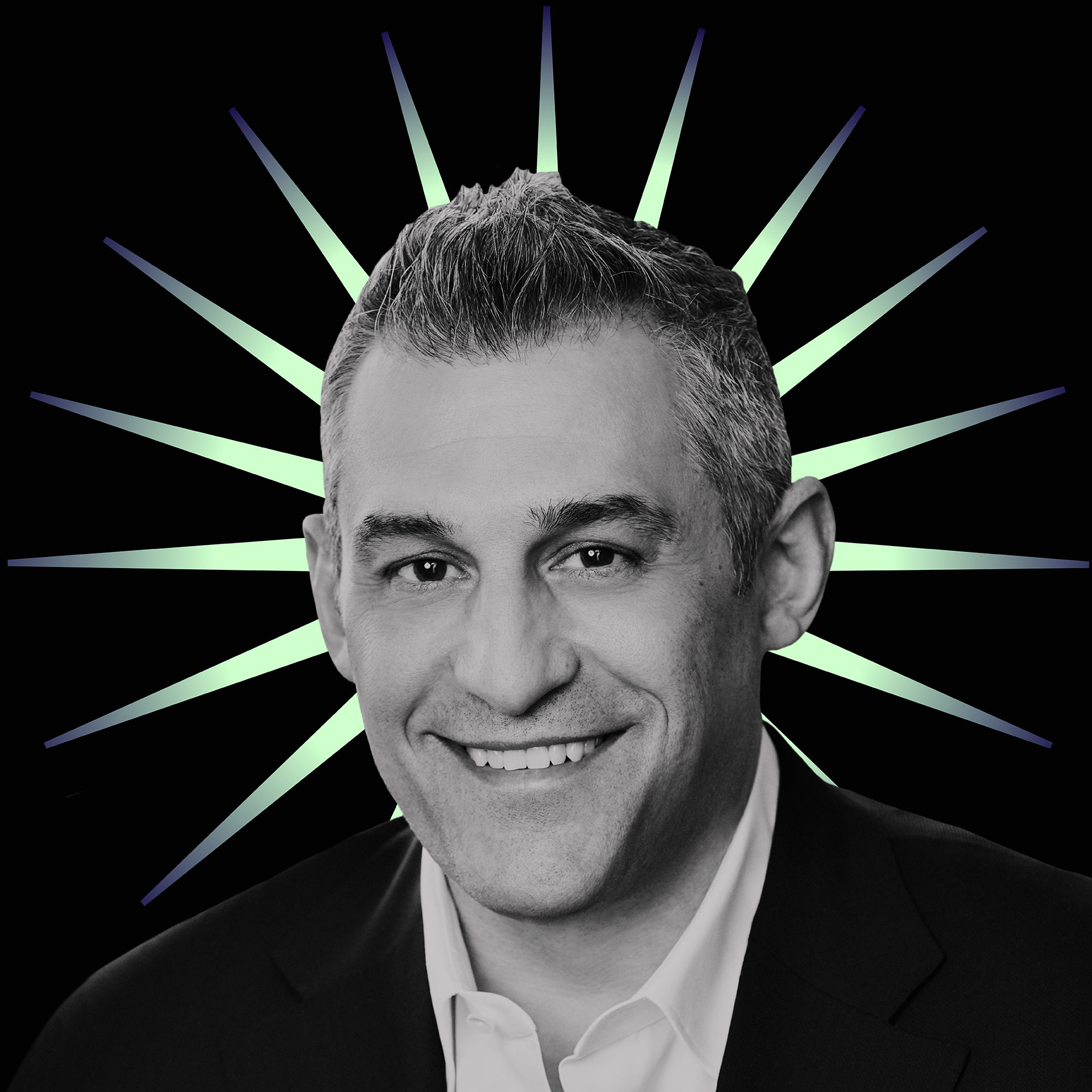 Greg Economou is co-CEO of game1, the cutting-edge content studio that has fused sports and Hollywood—producing an array of sports-related content in conjunction with the world's greatest athletes, teams, leagues and their counterparts in the entertainment industry. This content includes feature films, scripted and unscripted TV programming, podcasts, and an array of branded content.

Prior to launching game1, Economou served as chief commercial officer and head of sports at Ticketmaster; EVP and chief revenue officer at Guggenheim Media/Dick Clark Productions; EVP of revenue performance for The Madison Square Garden Company; EVP of business operations and chief marketing officer of the Charlotte Hornets; and SVP of marketing and communications of the NBA.

He also co-founded and sold two successful sports industry-centric consulting firms, BRANDTHINK and SME Branding. He began his career in sports as a professional basketball player in Europe, playing for Olympiakos in Athens, following a successful basketball career at the University of Connecticut.

Economou also serves on several advisory boards, including Concierge Live, Open Node, Sportsdigita and Tappit, while formerly serving on the advisory boards of LAFC, the American Film Institute and The Player's Tribune. He lives in Santa Monica with his fiancée, Juliette de Campos, and his three sons, Rip, 21, Luke, 19, and AJ, 16.

We spoke to Greg for our Time-Out series, where we chat with folks in the sports world about their favorite athletes, teams, sports movies and shows, and their love of sports generally.

I was born in East Lansing, Michigan, but moved to Westchester County in New York when I was 3 years-old, so I consider myself a native New Yorker. In 2013, I moved to Santa Monica, California, and have enjoyed the transition immensely—particularly how much my three sons have enjoyed becoming Californians and for the opportunity to meet my fiancée, Juliette.

Playing wiffleball in my front yard with former Detroit Tigers star Jim Northrup, who had gone to college with my father and stopped by the house when the Tigers came to town to play the Yankees when I was 4 or 5 years old. The next day, my dad and I attended the Yankees-Tigers game, and before the game began, my "Uncle" Jim had me come sit in the visitors' dugout in Yankee Stadium alongside him and many of his teammates. A surreal experience even for a 4- or 5-year-old and a memory I will never forget.

As a native New Yorker, I grew up loving the old-school New York sports teams: Yankees, Giants, Knicks and Rangers. The Yankees are definitely my favorite of all the teams due to my deep love of the sport of baseball, coupled with the success the Yanks have enjoyed historically and throughout my formative years. Every morning during baseball season, I have delivered the good news or bad news of the day to my family, announcing whether or not the Yankees won or lost the night prior. It is now a 50-year tradition in the family.

Although I played basketball at UConn when Michael Jordan was busy becoming Michael Jordan—whom I idolized like every other kid on the planet—I would have to say my all-time favorite athlete was Derek Jeter. Not only was he one of the greatest players in the history of the game, the way he conducted himself in every way—with dignity, class, integrity, intelligence, grace and fortitude—made him a model for all kids and fans to admire and emulate. When my oldest son turned 1 year old, we brought home a beautiful chocolate lab puppy that we aptly named Jeter, who graced our home with incredible memories for almost 14 years.

Seven years ago, my brother's daughter passed away from Stage 4 neuroblastoma cancer. In the year between when she was diagnosed and the day she died, we tried to fulfill every wish and dream she might have had—from providing unforgettable and meaningful experiences to giving her once-in-a-lifetime type gifts and memorabilia. As a result of that experience, I have always had an incredible soft spot for ESPN's heartfelt My Wish programming, as it always displays the best of humanity—the selflessness, empathy and love that people are capable of in this life, frankly something we need more of right now.

My favorite sports movies of all time are films like Hoosiers, The Natural and Rocky. These films, and most successful films for that matter, exude a level of humanity and storytelling that supersedes the fact that it is a "sports movie." Instead, they focus on the depth and dynamics of the characters and the story itself—which, in successful films, is usually centered around common core values and themes that transcend the backdrop of the story itself. For instance, Rocky wasn't a boxing movie, it was the story about hope, faith, perseverance and love—Rocky just happened to be a boxer, which is the device Stallone used to express those themes.

We are in the process of producing a feature film right now titled National Champions, which tackles difficult issues related to social equality and social justice in an extremely cogent and relatable way. In this case, the story centers around a college athlete and the demands and pressures heaped upon him—and despite making his university millions of dollars, he himself lacks the ability to leverage his own name, image and likeness for personal gain. As a former college athlete myself and the father of a current college athlete, I am extremely proud of our commitment to deliver a compelling understanding of the issues at hand, while conveying the ideals that fairness and equality should always come before anything else.

I absolutely loved The Last Dance, making me so thrilled for Mike Tollin, Peter Guber and everyone at Mandalay Sports—as well as Gregg Winik and all my NBA brethren. What I admired the most about that content was how they were able to tell a story that hadn't been told before—how the inner workings of a dynasty (the Bulls) and its king (Michael Jordan) played out—with them having to navigate the journey from being good to becoming great and how they were able to remain dominant against all odds and challenges, internal and external. It was incredibly riveting content, even for those of us who seemingly have somewhat of an insider view of the sports world. I hope we can reach that level of success with many of our own content efforts.

At its best, sports can be an incredible unifying force, cutting across all demographics and psychographics, bringing people together, inspiring communities and creating a sense of pride and joy that transcends balls and strikes, touchdowns or buzzer beaters. When I went to play professional basketball in Greece after college, the way fans indicated their support of a team in the Greek language was to say, "I am Olympiakos," not "I love Olympiakos," which was a profound nuance I have never forgotten.

If I weren't as fortunate as I have been to work in the sports industry my entire career, I imagine I would have most likely worked in a job that in some way involved competitiveness or competition—perhaps law or finance—where I was trying to win at something every day. Either way, I would have remained a diehard sports fan and consumer in every way. It has certainly been a way of life for me as long as I can remember. In the end, I have been truly blessed to do what I love for so many years, working with some of the greatest sports figures, teams and leagues of all time—always making it more of a joy than labor.