Dexton Deboree on Ja Morant, Jordan Brand, and How Wrestling Saved His Life

Plus, sports as a vehicle for the richness of life 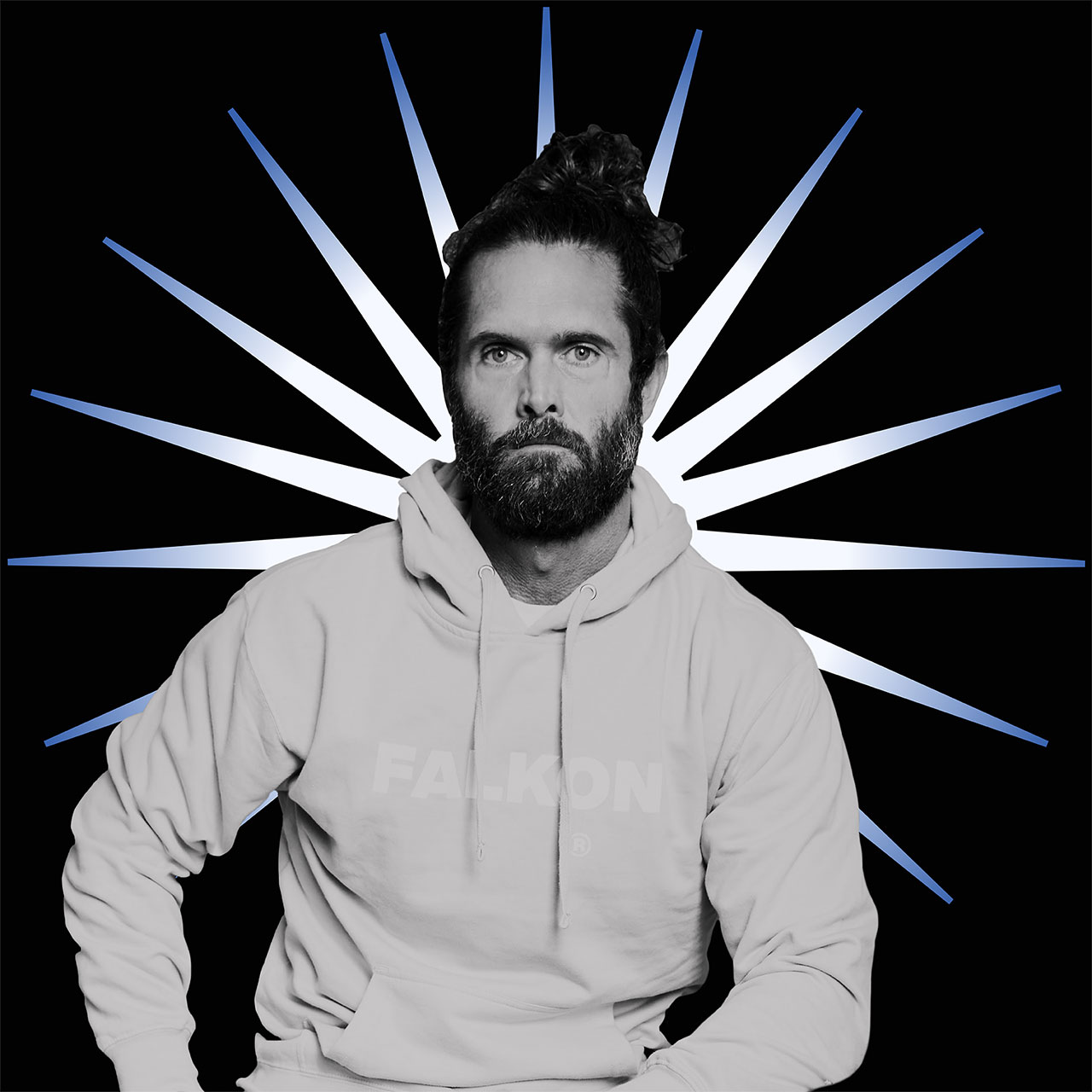 He wrote, directed and produced the award-winning feature film Unbanned: The Legend of AJ1,  which premiered at Tribeca. He is currently in postproduction on a docuseries with SMAC & Believe Entertainment, in production on a docu series around a professional athlete, and in development on a number of scripted and unscripted films and TV series in partnership with athletes and co-production companies on the forefront of sports and culture.

Dexton co-founded content agency Los York and is the founder and chief creative officer of Falkon, a creative content company born at the intersection of advertising and entertainment.

We spoke with Dexton for our Time-Out series, where we chat with folks in the sports world about their favorite athletes, teams, sports movies and shows, and their love of sports generally.

Born in a very small village north of London. Population 2,100 still to this day. Grew up mostly in Florida, Gulf of Mexico side, in a small town called Bradenton. Now live in L.A., in Brentwood hills.

My father sat me down and told me I was built to be a basketball player, like he was. He'd played D1 ball for Florida State until a concussion took him out his junior year. The concussion later sidelined him from flying fighter jets in Vietnam so likely a big blessing in disguise. I didn't see him much after that convo at age 7 (a few times between 7 and 16, and then not again until he passed away two years ago). But after that convo I did everything I could to avoid basketball. The last thing I wanted was to be like him. I tried every other sport I could think of—soccer, baseball, football—until I finally landed on wrestling, because it was such an impossible sport, especially starting it at 15, too tall and thin and lacking lifelong skills that most great wrestlers learn by starting at age 6 or 7. But it was the impossibility of it, the work ethic it instilled and the challenge to overcome the greatest opponent of all, yourself, that really sucked me in. The experience really changed my life. I went from being in trouble all the time, misguided, rudder-less and completely without discipline, to someone who was very disciplined, determined and clear that I wanted to WIN in life.

Memphis Grizzlies. In large part due to Ja Morant and my relationship with him and his whole family after spending the last year directing a series focused on his rookie season in the NBA. And also due to their underdog spirit, the commitment to overcoming great odds and proving doubters wrong. Big fan of Coach Jenkins as well as Jarron Jackson Jr., Brandon Clarke and Kyle Anderson. But the whole team has a fire in them that is very respectable.

Portland Trail Blazers. Mostly due to my friend and regular collaborator Melo being on the team, but they also just have a spirit to them that won't quit, a lot of heart, guts and integrity.

Lakers. Because, well, they are L.A.'s team and I have a ton of respect for LeBron which only seems to grow more and more every season as he evolves on and off the court.

Any team Russell Westbrook is on, because, well, he's a beast and one of the hardest-working men in the NBA. He's got that heart of a lion and he's willing to outwork most of his opponents.

The Rams. Which is a love-hate thing, as they equally excite me and frustrate me.

Buffalo Bills. Their never-say-die mentality has seen them through a long stretch of hard seasons, but they kept believing, building and committing to transformation and we're witnessing that unfold. Josh Allen has learned and grown on and off the field so much, which is refreshing to watch ,and the ownership, Kim and Terry Pegula—whom I've had the opportunity to spend time with and work with—are incredible human beings with a love for sport and a commitment to people and making the world a better place.

Same as the above—Ja, Melo, Russ, LeBron. But I'd also add Kyler Murray because he's a magician and seems to pull strength from sources beyond even his experience to get it done. JuJu Smith-Schuster because his passion for the game, sense of humor, style and diverse range of interests shows up on and off the field in a way that is unlike many athletes out there today. And of course, MJ for so many reasons—I can't really state them all here.

Ball Don't Stop. Ekam Ngra's unique approach and insights on the game of basketball is wildly refreshing and powerful.

Brother From Another. The great Michael Smith and Michael Holley deliver really rich, philosophical insights, using sports as a springboard to launch into so many powerful topics impacting life, which really resonates with me and my view of sports.

Rudy. Namely because it's such a perfect example of the ultimate underdog story, how blind faith, commitment and an unflinching vision, despite "reality," "proof" or any clear indication that success was anywhere within reach, perseverance can ultimately lead to triumph.

First is Promiseland, a docuseries I've been working on for the past 16 months that tells the coming-of-age tale of Ja Morant over his rookie season in the NBA. I instinctively knew he was special and that something unique would emerge, but of course never imagined the season and life would unfold as it did. The unprecedented nature of what 2020 was, combined with the really special emergence of who Ja is on and off the court—winning Rookie of the Year and truly becoming an even more unique man in sports and our modern world—hit me personally and artistically in ways I could have never fully known going in. The project is something I'm really excited to share with the world because he and his family are such a shining example of the hope and possibility inherent in the future of tomorrow's superstar athlete. 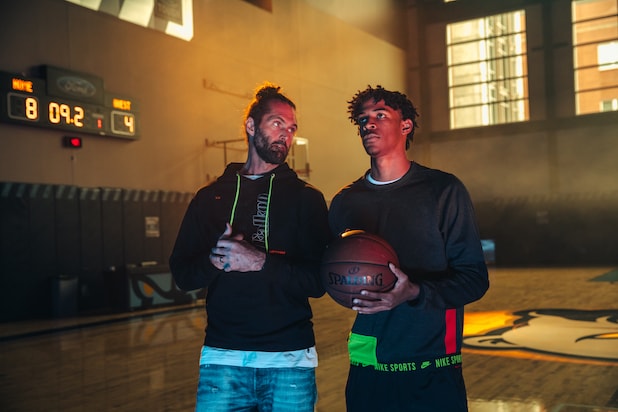 And then Jordan Real Talk. A series that opened up real conversation around systemic racism, with the first phase focusing on voting. It's one of the hardest projects I've ever worked on, both in subject matter, process and in the large amount of personal education on a full spectrum of issues and subjects. Jordan as a brand, in partnership with MJ, has taken a really bold stance, invested a ton of financial, mental and spiritual energy, and the result I believe had an impact in educating folks and inspiring action at the polls and beyond. I've always fought hard to tell stories that educate and inspire, especially around underserved stories, subjects and people, but the opportunity to do that with Jordan Brand, at such a critical time and for such an important reason, without regard to sales or normal business metrics or consumer goals that we all have to consider in advertising—the whole project was created and produced simply in service of doing the right thing and pushing for real change in our world, and that was and continues to be beyond gratifying and something I'll never forget being a part of.

Melina Matsoukas' "You Love Me" campaign for Beats by Dre. Why? Because it's fucking brilliant, masterfully crafted and packs a message so powerfully important right now.

I've always been drawn to the metaphor that sports provide to life. It's almost a safe vehicle for many emotions, lessons, values and examples of what we face in life, packaged in an exciting, dynamic, entertaining, emotive, dramatic package that is accessible to anyone, while allowing you to take it as deeply serious or casually surface level as you need and want.

I'd probably be more focused on music, fashion, nutrition and psychology. I consider myself an artist-athlete, not always in that order, but sports fuel my art and art fuels my sport. I really approach filmmaking, writing and directing as my sport of choice and lean on fundamentals I learned in wrestling to persevere, create, break through and overcome the challenges I face as an artist.