Adventures in the creative sandbox 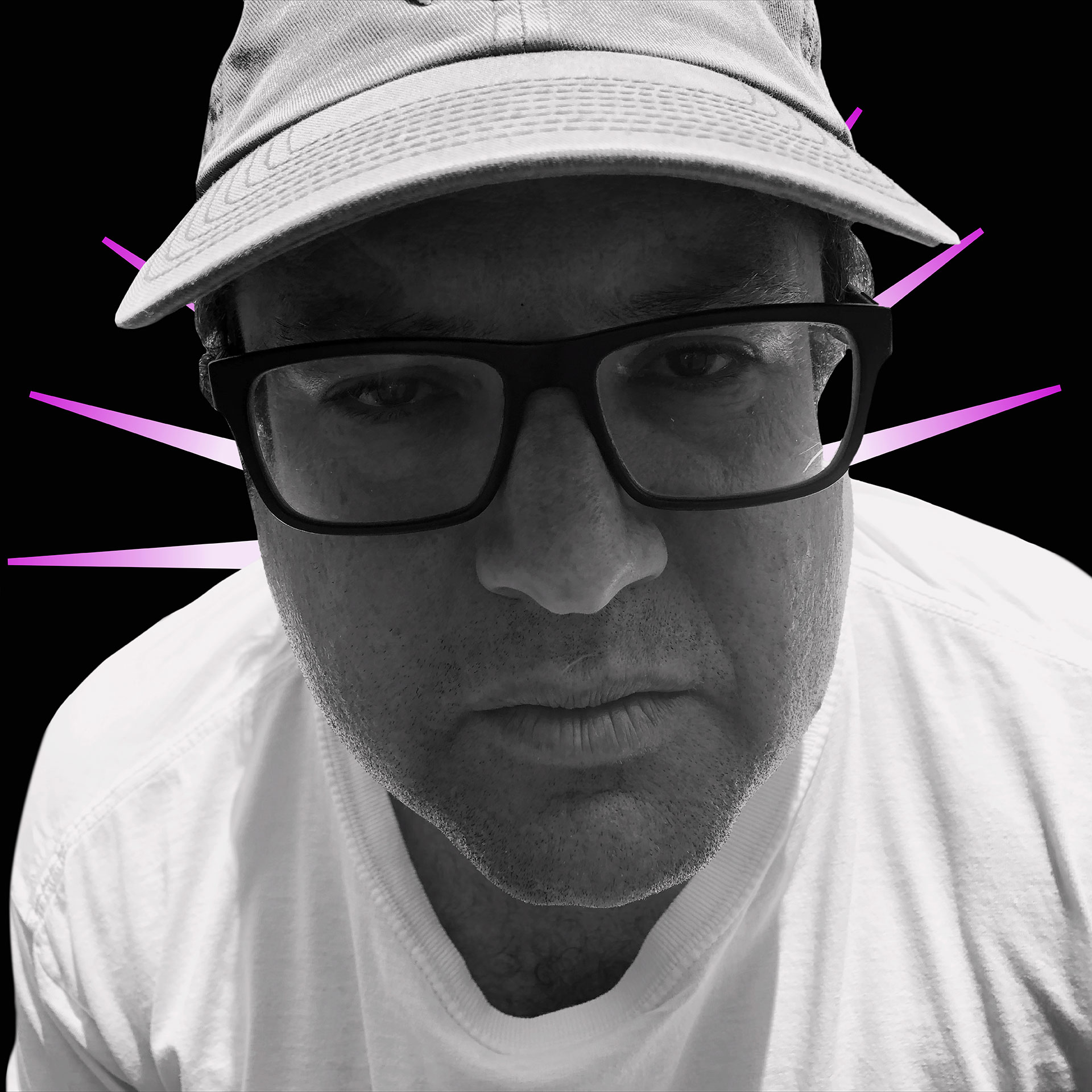 The son of Oscar-winning documentarian Murray Lerner, Noah played sports at Pomona College and went on to launch his career at NFL Films, working on documentaries, before joining ESPN as a director and producer. There, he directed Big in the Mind, a documentary about street basketball legend Joe "The Destroyer" Hammond, which went on to win a New York Sports Emmy.

Noah later spent 20 years at HBO, creating on-air promos and trailers for a range of titles, including the sports shows Real Sports with Bryant Gumbel, Inside the NFL, Face Off, 2 Days and 24/7.

He also worked at CBS All Access (now Paramount+), where he helped launch the streaming service's initial foray into the Champions League. Prior to that, he was creative director at Showtime, working on long-form sports content including the Emmy Award-winning All Access documentary series on boxing.

We spoke with Noah for our Time-Out series, where we chat with folks in the sports world about their favorite athletes, teams, sports movies and shows, and their love of sports generally.

I grew up in Greenwich Village, New York. My heyday was the early to mid-'80s (#olddude talking), so it was an amazing place to be a kid. I basically lived on the basketball courts at Houston and 6th Avenue from the ages of 12 to 18; I was a total hoops junkie. It was a great place to grow up as the Original Ray's Pizza (11th Street and 6th Avenue, y'all!!) was there. This was before the other 3,097 Original Ray's Pizzas came onto the scene. And between those mouth-watering slices and basketball, I had all I needed to exist.

I'm a third-generation native "New Yawka" and proud of it. Although I did move my family to Cold Spring Harbor, Long Island, in August 2020 to get a little breathing room during the pandemic. It's a pretty big adjustment, I must say, as you are basically in a car for everything. And I'm used to walking everywhere, which is one of the best parts of living in the city.

I remember all those great Yankees teams from the '70s. I think my most vivid memory is the [Bronx] Bombers team from 1978. I remember them being so far behind the Red Sox in mid-July—the season was basically over. And then little by little, they crept back into it until the final game of the season where there was that one-game playoff. For all those Boston fans out there, I have two words for you:

Ok, cool. Now, I've alienated all those Bostonians out there. Just to walk it back, I'm actually a huge Big Papi fan, so there's that.

Yankees, Knicks, Giants and Islanders (I'm gonna say that now that I'm a "Lawng Islanduh" now). I've always wanted to do a documentary on die-hard Knicks fans, so if there are any deep pockets out there … have your people call my people.

Muhammad Ali. One of the greatest trash-talkers of all time and also a fearless human being. A close second is Charles Oakley, as he was also a consummate trash talker and snazzy dresser. Only Oak can pull off wearing a peach three-piece suit and still somehow make it look badass.

I could watch Inside the NBA all day, every day. Something about Shaq's voice just soothes my soul, and I have so much love for Kenny Smith, Charles "Chuck" Barkley and Ernie Johnson Jr. They are so knowledgeable about the game and also sweet guys, you can just tell. Whoever the guy was that Sir Charles threw out that window back in the day had to be a real troll (and heavily intoxicated as Barkley is as big as a Hummer), as I've met Barkley a couple of times and he's a prince.

Hoop Dreams still holds up at 3½ hours. And OJ: Made in America is right up there as well. If you haven't seen either of these, head immediately to your local Blockbuster and rent these movies! Although both are very long, so there will be multiple VHS tapes you'll have to schlep home with you. I also love keeping up with the latest in technology. That's what makes this industry so exciting!

I'm going to refrain from praising myself too heavily here. My kids are going to read this and they are savages. I'm working on some soccer spots for Paramount+ right now and am excited for people to see those in the next month or two. They are just kinetic graphics-driven spots but they have a great energy about 'em, so I'm hoping they'll bring a few more eyeballs to Paramount+ to watch the embarrassment of football riches they have on their platform. Honestly, I'm just proud to be able to play in the creative sandbox with like-minded people. It's a real luxury to have this type of job, so I'm extremely grateful to have such a fun-filled day-to-day existence.

That's a tough one. We really are in the golden age of television right now. There's just too much amazing content out there to see it all. In terms of ads ... hmm … this is not recent, but I just love the Geico spot where the guy is lifting weights and gets bigger and bigger every time they cut to him. I wish I had thought of that.

I know I'm supposed to be inspiring here and talk about things that I love, but sometimes I just adore hating on things. I mean, let's be real, some ads are just ridiculous and that's part of the beauty of them. In this vein, that Allstate "Duet" ad that uses the Pet Shop Boys "Opportunities (Let's Make Lots of Money)" track is just fucking bizarre. I really wish I could go back in time and be involved in that pitch meeting. "OK, so the driver is cruising along in the desert, happily singing a duet with his hood ornament to the Pet Shop Boys and…" You see, right there, I would've just squashed it. Because for this idea to work, you need to have a crime-solving pony somewhere in the mix. But of course, I'm dead wrong as here I am talking about this spot, so it's gotta be working on some primal level. Allstate, you win!!!!

I don't know if I'm going to be super articulate with this one. But it's just that feeling that sports gives you if you are heavily invested in a team or a player. That raw emotional component that sports brings to the proceedings.

There's also just an element of mystery to live sports that will never get old for me. With so many stories, I often find myself ahead of the narrative a bit. Not because I'm exceptionally bright (I'm not—it takes me two months to read a 200-page novel!) but because I've watched so many different narrative tropes that I know what's up ahead. But tell me, who in their right mind thought that the Atlanta Hawks would be three games away from the NBA Finals, as of this moment in time? Besides Killer Mike, Oprah and anyone else who lives in Atlanta!? Tell me who? Actually, I'm not sure if Oprah still lives in Atlanta (she doesn't … I just Googled it). At any rate, I rest my case.

I've always said I'd make a great agent, as I love connecting people and I truly love to talk on the phone. I think I inherited this trait from my father, the late and great documentary filmmaker Murray Lerner. The man loved having long socratic debates on the telephone. He was way ahead of the curve in this arena as he had multiple lines going at the same time on rotary phones (look it up, Young People!!). And this was the 1980s. He had one of the first cell phones, too. That thing looked like the one Michael Douglas had in Wall Street—no way that sucka is fitting in your back pocket. Anywho, I digress. But I definitely love chatting on the phone. And I get weird and needy about it. I mean, sometimes I'll just call people out of the blue, without texting them that I'm going to call them. I am Old School like that.

In other news, I'm a firm believer in reincarnation, so in my next life, I'm coming back to this place as either a golden retriever, NFL fullback or power forward. One of those three, for sure.

What was the question, again?