Plus, Cleveland fandom, Major League, and the perfect storm of 'DojaCode' 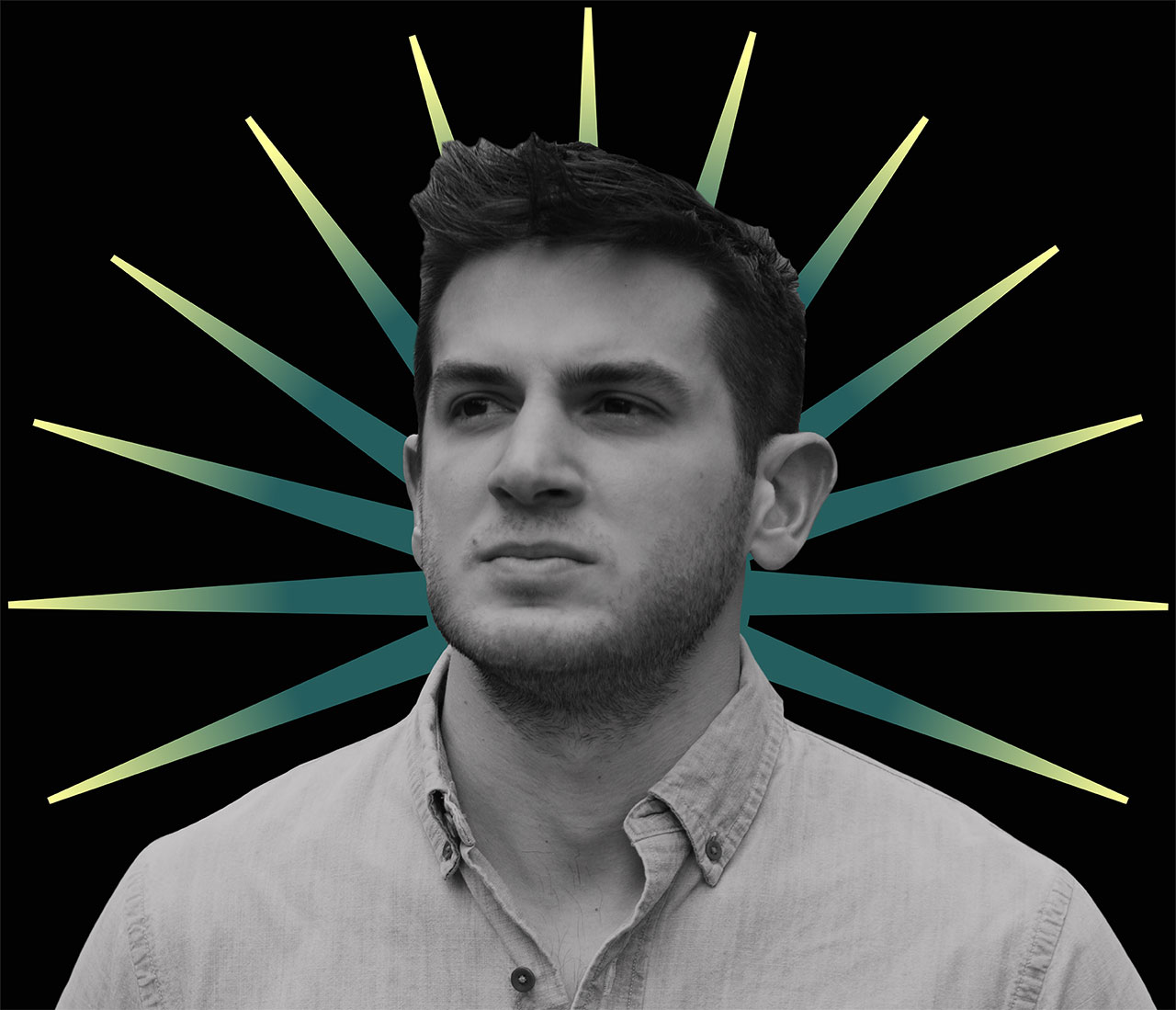 Jeff Scardino is a freelance creative director with over a decade of experience running projects, teams and accounts. His professional work has been recognized by every award show, and his personal projects have been featured by media outlets worldwide. His sports marketing work has included campaigns for DraftKings, Buffalo Wild Wings and Invesco.

We spoke to Jeff for our Time-Out series, where we chat with folks in the sports world about their favorite athletes, teams, sports movies and shows, and their love of sports generally.

I grew up in northeast Ohio, a small town called Ashtabula. Same hometown as Urban Meyer, actually, which used to be a lot cooler to tell people. I just moved to Atlanta from NYC, where I lived for almost 12 years. Would still be there if Covid didn't hit. My wife was pregnant with our second child, and we didn't know what would become of the city. There were rumors that the tunnels and bridges were going to be closed like in a Batman movie. So we left and moved south to where we met in portfolio school. And now, I fight the urge to say "y'all."

I'll never forget my unassuming little old grandma would always get kicked out of Little League baseball games for yelling at the umps. She would bring this green and white fold-up chair and sit right behind home plate. Any call she didn't agree with, she let the poor guy have it. And then after getting kicked out, she would park her car next to the outfield fence and continue to yell from her car window. Legend.

I still stay loyal to my Cleveland teams: the Browns, the Guardians and the Cavs—even though I'm a big basketball fan in general. And when you get married you inherit teams whether you want to or not, so I'm legally obligated to root for the New Orleans Saints and the Georgia Bulldogs.

Being from outside of Cleveland, I have to say LeBron James for bringing us a championship and breaking the curse. Also Kyrie Irving, who's making it kind of hard to be his fan of late, but after that NBA Finals performance, he can do no wrong.

I've shot with a lot of athletes over the years, even some Hall of Famers. Out of them, I really like Stefan Diggs of the Buffalo Bills. He's just real and even more sarcastic than me, so I'm a fan.

Growing up I was a huge Kenny Lofton fan from the great '90s Cleveland Indians teams. Probably because he was the living embodiment of Willie Mays Hayes. I used to wear a loose gold chain while I played baseball because of him, which became problematic.

Before kids, I didn't go a day without watching PTI (Pardon the Interruption). I still record every episode in case I don't fall asleep on the couch at 8 o'clock. I would love to sit with Tony and Mike and watch them bicker in person.

Right now though, I'm enjoying the "new media," as Draymond Green labeled it. There are some great podcasts that former players have created like All the Smoke, I Am Athlete, The Pivot, and The Old Man and the Three. They all bring such a different, unfiltered look at athletes and sports in general.

Major League. They should have let Wild Thing throw out the first pitch of the 2016 World Series in Cleveland and maybe we would have beat the Cubs.

Varsity Blues. Whipped cream sales must have skyrocketed after this dropped.

From a pure cinematic and storytelling perspective, I loved I, Tonya. We had the director Craig Gillespie treat on some Buffalo Wild Wings commercials, and I always wondered how they would have turned out if we had ended up going with him.

As a freelancer, seeing a project through production is rare, unfortunately. But I was granted the opportunity to do that with the latest work for DraftKings. We helped them launch a new innovative fantasy football game called Reignmakers, using Kevin Hart and a few NFL stars. I'm proud of it because of how quickly we turned it around, something you would never know by the finished product. The brief came in right before the Fourth of July holiday. We were shooting by the end of July, and the work was on air in August. The plane was being built as we were flying, to use a really lame industry saying.

As soon as I saw the DojoCode music video, I knew it was going to win every award. It has every element: the trendy cause of female empowerment, the innovation of an interactive music video, and a culturally relevant ambassador with popular artist Doja Cat. I'm also just a big fan of Mojo Supermarket. Love working with them.

I guess I'm supposed to say "sports bring people together," but that doesn't ring true as much after it was weaponized politically for division with Colin Kaepernick and more recently with trans athletes. I'm going to give a more cynical answer and just say sports can take your mind off anything. They have a way of drawing you in and transporting you to a place where you're only focused on coaching from your couch.

Entrepreneur. Over the years, I've come up with ideas for clients that made me think, "This could be a business." And I've actually started a few business plans from them. So I just need to summon the nerve to jump ship, clear out my kids' college funds, and get one of them off the ground.