The Athletic's Michelle Beadle on the Power of Sports Fandoms

Plus, her new podcast and on her lifelong love of the San Antonio Spurs 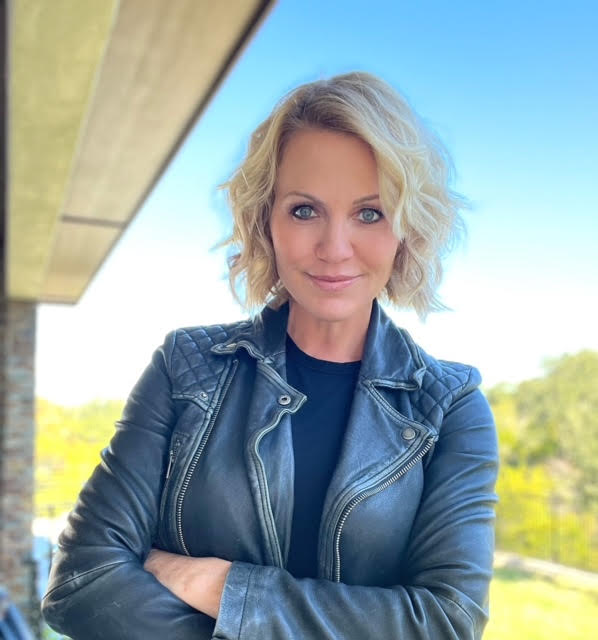 Funny, fearless, and always entertaining, Michelle Beadle makes her highly anticipated return to the air with the new podcast "What Did I Miss? With Michelle Beadle," the first offering on the Beadle Podcast Network with The Athletic. The San Antonio Spurs also welcomed Beadle back to the booth this season for the first time in 20 years, rejoining her hometown team as a special correspondent.

Beadle rose to stardom at ESPN as the former host of NBA Countdown and face of Get Up alongside co-hosts Mike Greenberg and Jalen Rose. She also fronted ESPN's SportsNation and ABC's Winners Bracket. Prior to ESPN, Beadle hosted her own show The Crossover on NBC, and worked on the network's Triple Crown, Olympics and NFL Kickoff coverage. She also served as a correspondent for Access Hollywood during her time at NBC.

We spoke to Michelle for our Time-Out series, where we chat with folks in the sports world about their favorite athletes, teams, sports movies and shows, and their love of sports generally.

I grew up mostly in Texas, the longest time being spent in a small town called Boerne. And after over two decades away, I've returned to the area, living in San Antonio.

Going to a few Rangers games with my dad. I couldn't even tell you how old I was! But I remember the crowd yelling "BOOOOO," a term of endearment for Steve Buechele, but it always worried me that they were being mean. And I loved sundaes in helmets. If that doesn't spell future sports broadcaster, I don't know what does.

The only team to which I've remained loyal through the years is the San Antonio Spurs. Even as I flirted with different teams, and different leagues, I never wavered on this. They have remained a team for which cheering comes easily. Players I've loved watching with the best coach of all time at the helm. They never disappoint, and have given us fans five beautiful banners.

This one is tough. I could say Pelé or Roberto Clemente (for my dad), but honestly I don't have one. The first thing that goes as a result of doing this for a living is the temptation to idolize another human. Watching a team play always feels less complicated. People sometimes make it hard to love them, whether it be through actions on or off the competitive field. So I've learned to separate the entertainment from the entertainer. To an extent.

My favorite sports show, and really the only one I still watch regularly, is TNT's Inside the NBA. They have been, and continue to be, the gold standard of studio shows. You can count on them to entertain, even on dud game nights. On the radio side, The Pat McAfee Show is my must-listen during the day, along with most of the guys on the NBA channel.

My "recent" projects list is a bit on the short side these days. Taking over 800 days off tends to do that. But I'm proud of getting my podcast off the ground, if for no other reason than it was reassuring to learn I haven't completely forgotten how to speak and interact with others. You just never know.

Julie Stewart Binks and her "Drinks with Binks" series is just the most perfectly named and wonderfully executed thing going. She has managed to get this thing up and running, during a pandemic, from her apartment in New York. And every episode is a great mix of her personality, alcohol and laughter. Not necessarily in that order.

It is easy to sometimes overstate the importance of sports in society. As entertainment for the masses, sports fandom can be hard to beat. I try to keep perspective on its place in the world, but even a cynic like me can appreciate the power the games have in bringing us together. In the toughest of times, sports seem to always be the one thing that unites.

If I wasn't in the sports world, I'd be operating my bed and breakfast in the Scottish countryside. Or manning my pug and pups shelter/haven. Or traveling the world hosting a low-budget show for my own amusement. Or….