Will M&M's Really Bench Its Candies on Super Bowl Sunday?

There's always time for a comeback

I'm not a big fan of football.

I couldn’t tell you which teams are playing in the AFC and NFC Championship games this weekend unless I google it. So my chances of predicting the winner of Super Bowl LVII are slim to none.

However, I am a big fan of advertising. Especially the kind created by the brightest marketing minds on the planet for the mother of all advertising events. I've already watched all the Super Bowl 2023 spots and trailers I've been able to find online including Budweiser, Heineken, Doritos, Pringles, and FanDuel, a sports-betting site.

But I can't find out anything about the new M&M’s spot created by BBDO. Are they still working on it? Maybe.

Yesterday, I read an interesting article. M&M's has made the tough parenting decision, and put their cute little cartoon mascots in the time-out corner. It seems at least one person in the C-Suite (could it be newly appointed CMO Gabrielle Wesley?) has decided the ubiquitous spokescandies are "too divisive for a polarized America to take." Maya Rudolph has been hired as their new mouthpiece. (M&M's subsequent bid to explain what it all means added scant clarity—but kept the stunt in the headlines, natch.)

A message from M&M'S. pic.twitter.com/EMucEBTd9o

If you're confused by this sudden switch in marketing strategy, you're not alone. I’m confused. The New York Times is confused. They're even confused in Australia.

And on social media, people are pissed, too.

“Mars has always been a conservative company. Not surprising. But yes, absurd and cowardly, caving to the morons who will now use it as email fodder to raise money from the dumpster crazies,” one M&M watcher told me on Facebook.

Another wrote, "I think Mars should have ridden the wave and spoofed the sexualization of a candy. Instead, they're being criticized for 'melting.'"

But ... what if this "announcement" is simply a red herring? It wouldn't be the first time in ad history.

Remember when Taco Bell took out full page ads in newspapers (New York Times included) to announce it had purchased the Liberty Bell, changed its name to the "Taco Liberty Bell" and had plans to move it to their headquarters in California? Just about every red-blooded American was stunned. That is, until the company revealed it was an April Fool's joke.

And who could forget the day Mr. Peanut died? It was just two years ago this week the world learned the sad news that the Planters’ spokesnut was turned into peanut butter when his Nutmobile sailed over a cliff. Surely you recall what happened next. A few weeks later during the Super Bowl, we watched his rebirth as #BabyNut.

The Mars Wrigley brand will bring back their spokescandies on Super Bowl Sunday, Feb. 12.

If I’m right, the media will dub it the “MOST SURPRISING COMEBACK IN SUPER BOWL COMMERCIAL HISTORY!”

The new M&M’s commercial will air during the third commercial break in the second quarter. Let's tune in together and see if my prediction comes true. 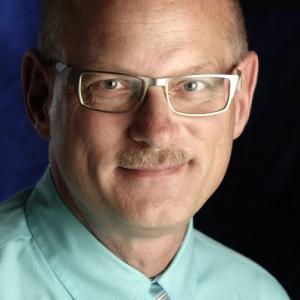