Why Super Bowl Ads Were Never the Same After 2016

I've always felt culture was influenced by the images and ideas that the entertainment industry put out into the world, advertising included. Those ideas and images impacted culture both positively and negatively. The Super Bowl has always been a huge catalyst of this. Think about it—Nike riffed off Lou Reed to get their start, then gave back by inspiring countless movements and launching the film careers of notables like Pytka, Fincher and Spike Jonze, to name a few. The Geico cavemen became a sitcom, the Priceline Negotiator made stops on SNL, and Snickers reintroduced Betty White to a generation.

Which brings me to 2016: when everything changed and the equation flipped.

By 2016 we were knee-deep in Hillary, the year of the woman, the early rumblings of #MeToo, Lean In, Brock Turner, the Jell-O guy, everything the Trump administration seemed to stand for, and many other pivotal cultural touchpoints. In my opinion, it was the first time the work being produced in film and advertising was, by and large, influenced by what was happening in culture.

What will we see during this year's Super Bowl? Who knows. But one thing is certain: The days of offensive ads from GoDaddy, Carl's Jr., Victoria's Secret and, yes, even our early stint for MINI (the "Cram It in the Boot" spot from the 2011 Super Bowl) are long gone. We and MINI atoned in 2016 with our "Defy Labels" commercial, and we weren't alone. Everyone seemed to get the memo at the same time.

Some have attributed this new "sensitivity" to the fact that, in 2017, the NFL hired its first female chief marketing officer. I think it's because the same thing has been happening in advertising circles for some time now. More women are stepping into the C-suite of agencies and brands. While I'd like to think this is because there is a belief it will make the work better (I do believe this, personally), I also think it's because it is good business.

Diversity, including "Righting the Ratio," as The One Club's recent conference would suggest, is just good business. It affects the bottom line positively. And surprise! It's all about money and always has been. If there is anyone out there who has been asleep for the past month and still hasn't seen Derek Robson's presentation at The 3% Conference titled "Why the Future Is Female, and Why Men Need to Get Over It," a few clicks of the mouse will give you a bit of much-needed religion.

I'm looking forward to this year's Super Bowl. I'm not a betting man, but I'd have go with the 49ers, even though I think the Chiefs will give them a run for their money. But as usual, I'm also looking forward to the commercials. There, my money would be on the complete and utter disappearance of gendered ads for the third year running. Yes, because it's the right thing to do. But it's also because we've finally been rehabilitated—by culture. 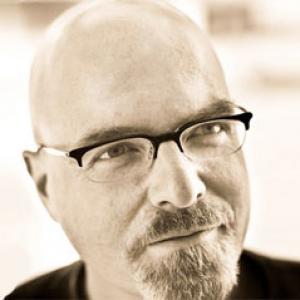