How to Be Famous, 2020 Super Bowl Edition

Building news value into the creative

The Super Bowl may be the biggest showcase for ads in the world, but it's generally not the best showcase. For every "Halftime in America," there are 40 other ads in each Super Bowl that drop off of the face of the Earth the moment the game ends, never to be discussed again.

I do a workshop called "How to Be Famous ... in 6 Easy Steps." It's less about PR than about building news value into everything we create. The principles I teach are based off of interviews with journalists, including Muse's Tim Nudd, about what work gets noticed. Here's how they apply to the Super Bowl.

Be surprising: "The Announcement"

Perhaps "It's a Tide Ad" set the bar too high for surprising elements in Super Bowl commercials. This year's Tide venture, with Charlie Day hopping through time (and a few other ads), certainly didn't measure up. Maybe it was Charlie's cameo in about a zillion spots for The Masked Singer, which I still don't want to see. Hulu's "The Announcement" built on the fears (or hopes) that Tom Brady might retire at the end of this season. The ad itself has a nice twist, but the real setup came from an enigmatic Instagram post last week that sparked all kinds of speculation. "Is he walking in the stadium or out of the stadium?" one Twitter user asked. "I mean, seriously, how often do you really look at a man's shoes?" The Big Family Table spot ultimately announced that Tom is hyping Hulu sports and is not going anywhere—probably breaking the hearts of most football fans across the country.

If there's one thing the Super Bowl does right, it's funny. There were a fair share of contenders this year, from Little Caesars' Rainn Wilson portrayal of the CEO of Sliced Bread Inc. or Ellen DeGeneres's #BeforeAlexa. The funniest outright was Hyundai's "Smaht Pahk." I've been in a room where agencies try to create a great spot out of a car feature, and it's not easy. I'm pretty sure Innocean's writers sat there thinking "Who says 'Park' funny?" and went from there. Almost every Super Bowl spot has celebrities, most of them not used well. Chris Evans, Rachel Dratch and John Krazinski brought this home with impeccable timing and "I didn't know they were from Boston" accents. I knew this ad would be a breakout hit the way I always do—by seeing my friends share it on social before I ever see it in the press.

Maybe we're just more cynical now, but this Super Bowl mostly left the heartwarming stuff behind. There wasn't a lot of talk about purpose or truth, with a notable exception. "Be the One" from Microsoft doesn't talk about Microsoft's purpose, but it attaches itself to a higher one: the first female and first openly gay coach in the Super Bowl. The work from McCann has assistant offensive coach Katie Sowers talking about how her path to the Super Bowl didn't have other women to show the way. But now she can do that for others. "All it takes is one and then it opens the door for so many," she says. Microsoft barely shows its Surface tablet, but you know what, that's OK. If Microsoft can promote greatness in the human spirit, even better.

Microsoft | Be The One

Innovate: "When We Come Together"

There's so much money riding on a Super Bowl spot, and so many people watching, that all too often, brands and agencies try to play it safe. So while there's a lot of spectacle, there's little that's groundbreaking in the ads themselves. Procter & Gamble tried to carve out new territory with whenwecometogether.com, an interactive website that let audiences direct the Super Bowl spot in a Choose Your Own Adventure style. The actual spot, starring Sofia Vergara, Rob Riggle and a bunch of people I should probably know but don't, is what my wife called a "real hot mess," but it's intriguing all the same. She also points out that P&G should have made it clearer that this is the spot America created. This is probably not the future of interactive storytelling, but it points us there.

P&G Presents: When We Come Together

Everything—and I mean everything—in the Super Bowl goes to 11. One celebrity not enough? Get 19. Wanna license a sci-fi property? Buy 'em all. Then you've got Google's "Loretta," the opposite of a Super Bowl ad, which means it's the one that will make you lean in to listen. It's also the one you'll remember. Created by Google's in-house team, it's a digital heir to the opening sequence of Up, telling the story of a lifelong romance through the quavering voice of an old man talking to Google Assistant about his now-deceased wife. This was passed around by anyone I know who's in a long-term relationship, or who has parents who are. The way Google continues to wring emotion from a plain white screen and printed text is a miracle.

Almost everything you see in the Super Bowl is well crafted, if by well crafted you mean expensively made. The other kind of well crafted, something that's made with exquisite attention to nuance, sound and image, is rarer. We didn't have, say, Wieden + Kennedy's "Imported From Detroit" in this game. But we did get "Groundhog Day," an update of the 1993 movie, with Bill Murray discovering a Jeep Gladiator and deciding that living the same day over and over again isn't so bad. This is something that will have legs for a long time. As someone who has seen the film a Groundhogian number of times, I can tell you that Chicago agency Highdive got all the details right, from the analog alarm clock to Needlenose Ned to the icy streets of Punxsutawney. With three of the original cast members appearing, I didn't feel as if they were ripping off the movie. I thought I was watching it for the 31st time. 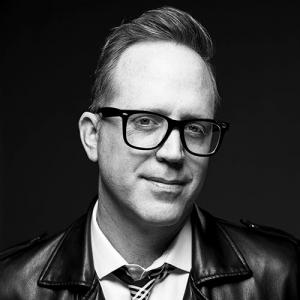 Jeff Sweat
Jeff Sweat is the founder of advertising PR and consulting firm Mister Sweat, and the author of the novel Mayfly.
More from Jeff Sweat