Dear NFL, About Those Ads...

Maybe it's time you curated the whole telecast

I'll keep this short and sweet, because you have a big game to get ready for. You call that game the Super Bowl. I call it the last great communal event in America.

It's comfort food for the country, a three-hour event that entertains, inspires and binds us together over victory and loss, Doritos and Bud Light.

Did I say three hours? I meant 90 minutes—the halftime show and the game itself.

The other 90 minutes? Those pixelated dollar signs disguised as big, splashy ads?

It's not content people remember and act on, even when those same people say they look forward to Super Bowl ads. It's ads that remind people to go back for another go at the guacamole and chips.

It's brands looking for eyeballs with no care or concern for the culture of the Super Bowl. It's brands using precious airtime to run million-dollar manifestos no one remembers a week later. It's brands failing to push forth an idea worthy of this stage.

So maybe you shouldn't let them on it. It is your stage, right?

Sure, we all know about the unwritten contract you have with brands that pony up the $5 million for the space: Bring your best attempt to make the commercial breaks interesting so they add to the game. Maybe.

Many brands live up to this and treat the game itself as a creative brief. Most don't, thinking it's a game of millions, a game of attention. It shouldn't surprise you, then, when millions of viewers lose attention.

You can't afford that, because of viewership stats that look like this. What a sad rainbow. Last year, 98 million watched the Super Bowl, down 16 million in just four years.

Maybe it's because people don't love football as much as they used to. More likely, it's because it's not worth the hassle of figuring out how to stream it. Maybe they're finally bingeing on Fleabag. But every time that number goes down, those ad slots are going to seem less and less worth the millions.

So here's an idea: Give people a reason to tune in. Stop making ads and start making content. Start making brands earn their place on your stage.

What if you made Super Bowl commercials invite-only? What if brands had to pitch their ideas to make it into the game?

The Grammys, the Oscars, even the Tonys use their annual event to invite brands to be part of the overall experience, like when Intel transformed Lady Gaga into Bowie.

Imagine if you did that.

Imagine the quality of the ideas. Imagine the end result. Imagine the experiences you could create if brands were as invested in entertaining your fans as you are.

It wouldn't just be advertising hoping to be content. It would be content—the kind that makes people forget to tune out, that matters in ways that are just as integral to the entire experience as the national anthem, the commentary, maybe even the game itself.

You are about to host the last great communal event in the country. You are a comfort-watching, pop-marketing tonic for the times.

Don't limit your opportunity to a mere 90 minutes. Curate the entire game. The entire three hours.

Inspire brands to live up to your platform, to be worthy of the game. Charge them a premium and then create a scholarship for newcomers and promising younger brands.

Sure, you'll have to bring your media partners along. They'll get on board. You are the NFL, one of the most successful brands of all time. You're a shared national experience, and it's time to think of yourself that way.

You can do it. And maybe you should.

P.S. I have a few notes on your halftime show when you have a sec. It can wait until after the game. 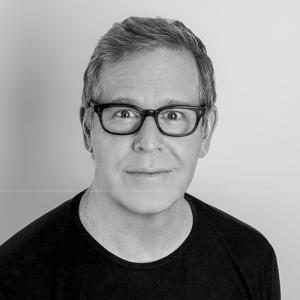 Tim Galles
Tim Galles is Barkley's chief idea officer and the director of the Whole Brand Project, Barkley's think tank with a mission to build a world with more whole brands. He's also the author of Scratch: How to build a potent modern brand from the inside out.
More from Tim Galles