A Voice From the Future Pumps Up This Australian Soccer Team 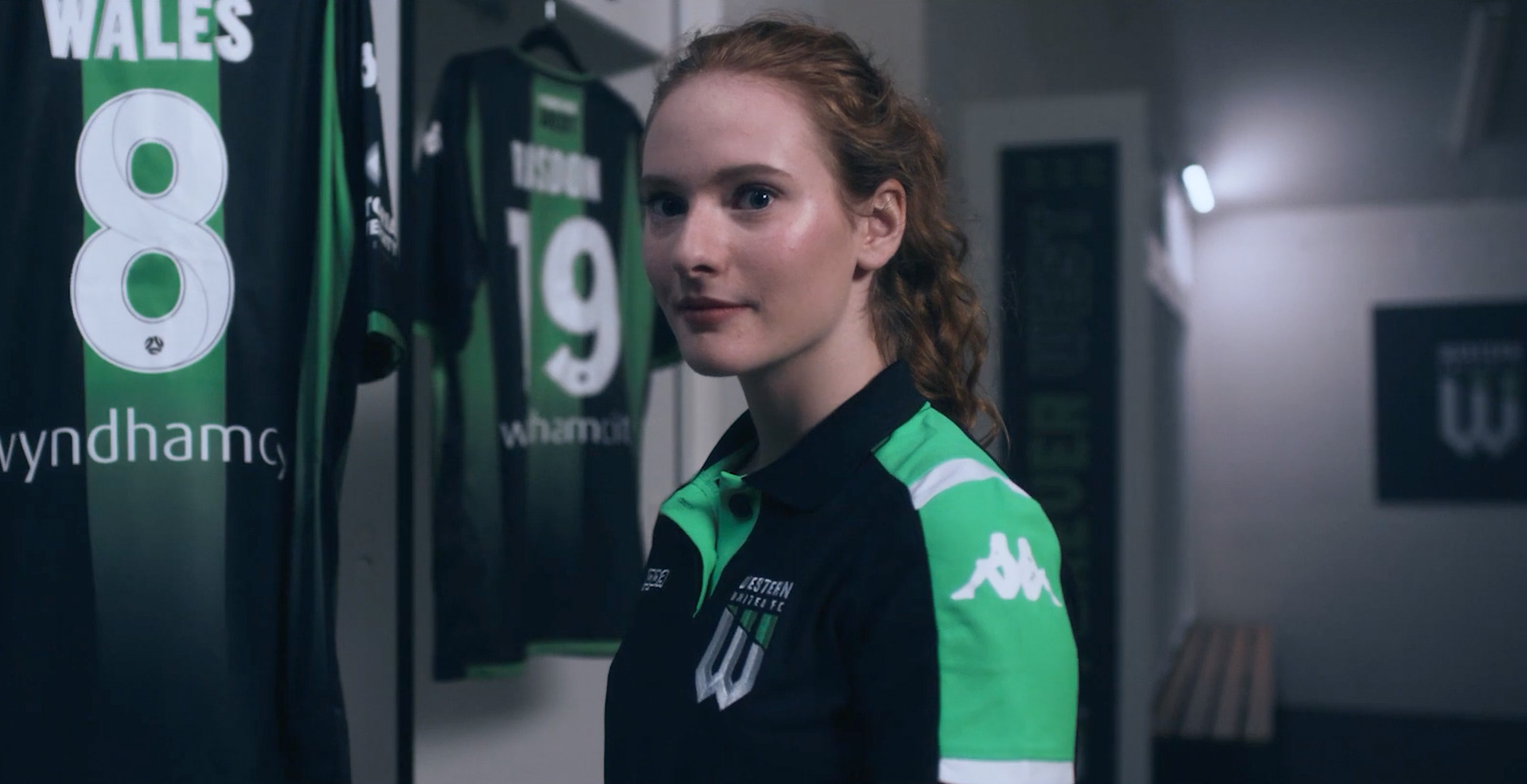 Contemporary footage includes scenes of the actual team in its locker room. But the pep-talk/dressing-down narration beams in from 2068, delivered by someone with a special perspective on the club's history and a stake in its success:

The President's Speech | Future Is Now

We learn that our narrator, "Ms. Queen," took an entry level job with WUFC when she was in high school (circa 2019). By 2068, she's club president, with no qualms about taking the piss out of her charges when they don't meet expectations on the pitch. Western events manager Jessica Sage inspired the character, though an actress appears on screen.

"The idea is that Ms. Queen has been there from the beginning, and she knows the humble beginnings the club was formed on," Chole Alsop, WUFC's general manager of marketing and media, tells Muse. "We are a super-ambitious club. We are building our own stadium in the western suburbs of Melbourne, and it will be the only privately owned stadium in the country. While it is a hard road now, the future is set to be amazing if we meet our ambition. What we need now is the fans to stay on the journey."

Striving for a breakthrough concept to execute inexpensively, agency Twenty3 Sport & Entertainment drew inspiration from films such as Michael Clayton, "where the visuals are set in the present, but the narrative is the future, and by the end of the story they meet," Alsop says. "We did introduce a few extra supports to tell this story, such as the futuristic sounds at the start."

At one point, a Melbourne Metro Train rumbles by. That's a nod to Alsop's past gig with the rail service, where she led the mega-viral "Dumb Ways to Die" campaign a decade ago.

"What can I say, it still has my heart," admits Alsop. "We will have a Metro station near our new stadium. I'll make sure the little Dumb Ways characters are involved."