Inside Corona's Epic Soccer Match 70 Years in the Making

"The reason a brand exists is not only about the sales, the funnel, or some business terms that we all hear every day. People do not care about that," Alejandro Gershberg, marketing director at Grupo Modelo, which exports AB InBev's Corona, tells Muse. "Iconic brands can lead, even at times when the government is unable to provide for the people. Brands must provide real value to people."

Gershberg put such theories into practice amid much fanfare at the height of Covid-19. With live sports sidelined worldwide, Corona staged an epic showdown between Mexico's biggest soccer rivals. "The Match of Ages"—"El clásico de la historia"—defied the laws of time and provided a nation with hope and entertainment on a grand scale.

The initiative scored a gold, four silvers and one bronze at last week's Clio Sports Awards.

Corona | The Match of Ages

Corona's telecast seamlessly buzzed through space and time. A pass from the 1990s would yield a blocked shot in the '70s, followed by a scoring drive in the year 2000. Players seen rushing downfield in the Woodstock era showed up as coaches in segments selected from later years.

Beyond the nostalgia factor, the program held up as a coherent, compelling soccer game, which ended in a draw at 14-14. (There were lots of dramatic scoring plays to relive from the past 70 years, after all.) IRL, América leads the series 88-77, with 76 ties.

Ratings soared on match day, Corona sales leaped 54 percent that week, and in-game sponsorships raised funds to fight Covid. But the work cut deeper, celebrating soccer—and by extension, all sports—as a beacon of the human spirit, casting rays of national unity and pride.

In our conversation below, edited for clarity, Gershberg explains how the "Match of Ages" came together and why it meant so much to so many. 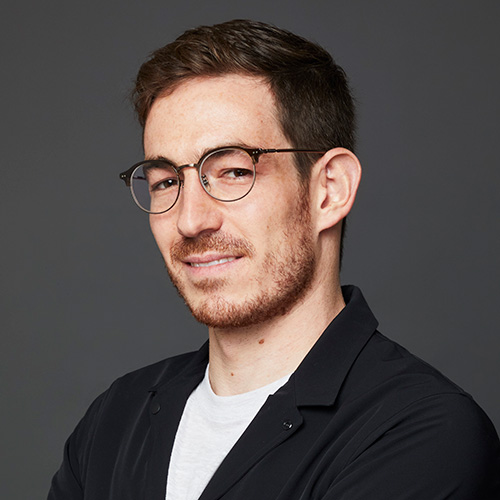 Muse: What was the genesis of this truly huge idea?

Alejandro Gershberg: We knew how important live soccer was for Mexico, as well as how much we as a beer company depend on consumption moments [like big-event game days]. This one started with a call. Gustavo Lauria from We Believers called and told me about this idea. Without knowing how difficult or impossible it was, we approved it, and started a 24//7 conversation to make this project happen.

Can you describe the creative process?

Using footage from the last 70 years and more than 100 matches ... [we edited] day and night, seven days a week, for 45 days. The team made a very thorough job of selecting material, collecting and synchronizing shots. We were also guided by ex-footballers and historians to create the "Match of Ages."

What was your biggest challenge? The scope, timing—all of it?

The amount of people it took, getting the footage, working with so much footage—putting all that together was very challenging. But the biggest challenge was to react fast because we couldn't afford to lose any time. At the end of the day, either we'd pull this off, or we risk disappointing people.

As a game, did it work out better than expected?

América vs. Chivas is the most anticipated game in Mexican soccer. But what nobody ever imagined was a game made up of all those classics together—in which the greatest figures of football coexisted ... the best goals, iconic plays and the most representative goalkeepers of each era. What fans may have imagined as a perfect match came true.

Can you talk about the telecast?

On match day, June 7, the game was aired in prime time on the most-watched channel of national TV and livestreamed through the brand and TV network's social feeds. It exploded: The game received 97 percent more mentions than the last match played between both teams. The "Match of Ages" became the most watched "classico" in Mexican soccer history, with more than 109 million earned impressions, more than 180,000 mentions in social media. [On the business side] Corona grew 54 percent in sales, managing to maintain 30,000 employees.

Were you surprised by that performance?

We were surprised and not. We knew we had something good, but we didn't expect that kind of response. We connected with the people. In times of confinement, we brought entertainment with the most popular teams in the country, and the most emblematic players in history. We brought back a piece of normal life in a moment when Mexico was really missing soccer.

How did the fundraising tie-in work?

Through the donations of brands such as Aeroméxico, Carl's Jr., Jumex and Nescafé, the "Match of Ages" broke the barriers of confinement and time. We were able to edit the original sideline boards and sell the space to brands. We offered space in the billboards during the game, and in exchange the companies needed to support the Covid fight with the resources they could provide, like meals for doctors or flights for medical-care equipment. During halftime, Televisa sold space, and that was also used to fight Covid. The final tally in donated funds and services exceeded $2 million.

Any advice for C-suiters based on the 'Match of Ages' experience?

The essence of a brand should never change, but the way to connect with people across markets depends on the right strategy, the capacity to get closer to people with the right comms and media plan. Stay relevant to the roots of the brand but understand who is on the other side of the screen. It is not only about sales, but also about being empathetic, understanding the consumer's needs, and doing whatever it takes to prove why you exist.