An evocative film from Emily Maye 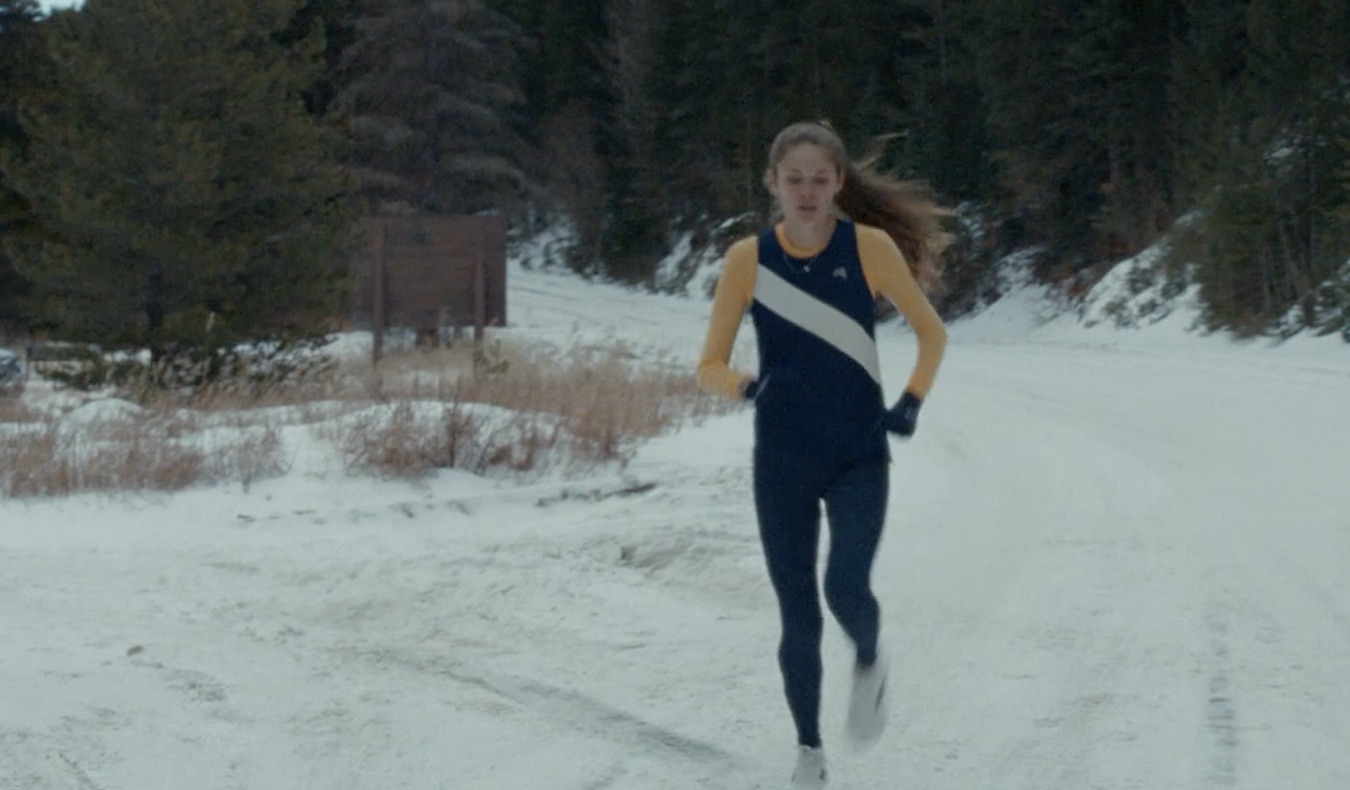 A fresh spot from Tracksmith boasts an especially long runtime in more ways than one. The film lasts nearly 84 minutes, and it follows nurse and elite marathoner Sam Roecker on a lengthy, solitary training trek through wintery, winding Colorado woods.

Dubbed "Church of the Long Run," it marks the latest collaboration between the athletic apparel brand and director Emily Maye, who previously helmed Tracksmith's short-form efforts "The Last Interval" and "That's Running." This new work feels like a natural extension of her earlier initiatives, offering an extended, meditative take on challenging oneself and the elements.

You can watch the full film here, and check out a trailer below.

Of course, super-long ads constitute an entire sub-genre, with efforts from JSX, U.S. Cellular and others garnering attention in recent years. Such outings often function as intentionally unwatchable fare, generating press coverage and buzz before everyone quickly moves on.

To some extend, "Church" breaks that mold. While not exactly a religious experience, there's an ethereal, almost spiritual quality that can't be denied. You can click into the clip at virtually any point and get swept along. It's repetitious, but in a good way—hypnotic, compelling and eminently watchable. That's a testimony to the passion of Roecker's lonely quest, as Maye engages eyeballs with cool, flowing style.

Below, the director, repped by Imperial Woodpecker, reveals how she brought "Church" to life.

MUSE: What was the genesis of the concept? How was it refined over time?

EMILY MAYE: I've been part of the storytelling since the brand was created in 2014, and there is an authenticity in the way we shoot running. This results in the runners going out for long, long stretches. It's a more documentary-style approach than running back and forth in front of the camera as you see with other brands. This film feels like the most ambitious execution of real-time work we could ever attempt.

The camera tracks Sam, simply follows her, for much of the time. Why take that approach?

The first cut comes 17 minutes in, and there are only seven cuts in the entire film. We are watching her and have little information [as viewers] about what she sees up the road. Your eye moves around, gaining information about the landscape as she moves forward. When we make the first shift in perspective, and we're now behind her, the camera reveals where she is headed. Ultimately, throughout the film, you get a complete 360-degree view in a really interesting way.

Why'd you pick this particular location?

There were a few roads on the list of possibilities, but this one provided a lot of visual intrigue, and I wanted the camera to interfere as little as possible with her run. The film was shot in Colorado at the end of November. We gave ourselves two days to shoot it, knowing that three runs of this length in two days were the upper limit of what we could ask from our runner. Given that only two of those takes could be shot in the same lighting conditions [at the same time of day], it was never going to be possible to use all three runs in a single cut of the film, given the nature of how we wanted to present it.

Can you talk about what went on, any challenges you encountered?

The DP and I did a rehearsal with another runner so that we could see someone interact visually with the road, and we made a plan for how the camera would move based on different mile markers. Communication with Sam while she was running was one the trickiest things. We taped a loudspeaker to the outside of the arm car with the cord running through the window so that I could give her instructions.

The team and I work mostly in commercials. We are used to bringing energy to the camera movements and resetting if we want to try something different. You couldn't do that here. We had a person driving the car and keeping the distance correct—which is harder to do at slow speeds than high speeds—someone operating the boom, the DP operating the pan and tilt, and an AC working the zoom and pulling focus. I would call out moves based on my notes. If I went a little too early on something, I would just have to go with it, since everything was being executed in camera.

On the second day, the weather drastically changed and after about 30 minutes of the run it was clear that what we were making was unwatchable. Her eyelashes were completely covered in ice, and it just felt like a horror film. She was getting pelted by falling chunks of snow from the trees as the wind picked up. We had to pull her off the road and get her in the car. She was a good sport, but that day was not useable. Ultimately our first attempt is the film you see.

For Tracksmith, the pursuits of the amateur runner are at the forefront. The word "amateur" derives from the Latin "for the love," and even professional runners spend more of their lives as bona-fide amateurs than they do as paid pros. Sam Roecker has been featured in the Tracksmith storytelling since 2017. She is a full-time nurse and an elite marathoner. She holds the world record for running a marathon in Scrubs. While Sam qualified for the Olympic Trials in 2019, injury didn’t allow her to take the starting line. She’s a very dedicated amateur athlete and embodies that spirit of the brand.

She never speaks, but in a way, we still get to know her. We feel her passion and drive.

There is an almost "behind-the-scenes" feeling about watching Sam do this run. It's something we don't always get to see in sports. We often see people performing in the moment where they must rise to the occasion. Rarely do we see their early-season casual workouts. As a filmmaker, I love seeing behind-the-scenes footage of people making movies and commercials, or rehearsals for a live performance. There’s an element to this film that feels special because it allows us to watch something seemingly "ordinary." In sports marketing, it's rare to watch a woman put in the work of training in a way that doesn't ask her to "impress us."

In the end, it's 84 minutes of someone running. Do you expect folks to hang in for much of it?

Of course, not everyone will want to watch the entire thing and may be quick to judge what they think it is, even skipping around to different parts. But I think there’s an interesting experience in watching the entire film. It's an investment, in the same way that running is an investment in time. That's not a story you can tell in 60 seconds, and this—84 minutes—was the length we needed to show what we wanted to show. It takes a lot of courage and confidence for a brand to take up that much of your time.